[NVGR] - The Comfort of Inadequacy

If I could choose what race I could be, I’d be white. I’d have a good chin, red hair and beautiful blue eyes. They’d call me something like Mr. McBradly or something.

Not because I don’t like being a brown guy, it comes with its benefits. Just because I’d rather not have to deal with the bias present in a lot of the people that I interact with on a regular basis.

I don’t know what it is about the human condition, but for whatever reason people just seem to treat others better who happen to look like them.

Sometimes, you’ll hear the rhetoric of ‘systematic racism’ or ‘white privilege’ thrown around to address this phenomenon. From what I see, white people will always get to be picked first quietly and it really does feed into this whole narrative of systematic, quiet racism, that’s happening on the higher levels of the business.

This bothers me, and I’m tempted to reach for the same arguments as many of my fellow brown and black friends reach for, ‘sounds about white’ and ‘racist white people’. I’m honestly surrounded by this type of rhetoric on a regular basis.

I’ve made sure to bring up the discrepancy of minorities working at some of the companies I’ve worked at. Every single person I’ve spoken to about the topic seems to genuinely not be racist at all and deplores the thought.

I think the worst accusation you can make to a white person seems to be, ‘you’re racist’. It’s amazing how vehemently they deny this behavior. And I get the impression that many white people are almost in some sort of quiet mission to grandstand the loudest to each other. A race to become the more enlighten white person about race, so whenever I need to defend a point, even baselessly, I reach for a white woman who probably knows the talking points better than I do.

But what’s funny is that people in all levels of business will talk big about inclusion and how their company is actively reaching out about diversity. They’ll even send out, an all-black, Black Lives Matter email all the while there’s only a handful of black and brown (like 15) in a company of over 200 employees.

It doesn’t take a genius to connect the dots, and make the assumption that the company I work is intrinsically racist.

But think about it: “Racist”. What a powerful accusation to make. You see how I was able to set the stage to come to that conclusion? How is it that people who are qualified, and who’ve been working at the same company as long as their peers, aren’t able to catch a promotion? Are the people who occupy middle management, the people who hold those decisions in a corporate structure, genuinely racist?

Are people who chant ‘all lives matter’ racist? Are the people who think that you ‘CAN be racist towards white people’ racist? I’m not gonna lie, it feels racist to me.

But I just know that it isn’t. I know exactly what that train of thought is.  I know what white people, especially on the right believe, because you see, I am the right too. “I don’t care if you’re black, brown, white, blue, green, polkadot or neon pink, if you can work hard, never give up, and stay positive, you too can achieve. All lives matter, not just black! All lives!”

For real, there’s nothing that bugs me more than a comfortable white person who doesn’t have to bother with the multiple racial inconveniences spouting off this tired nonsense. But here’s my hypocritical ass: the fact is, it’s true. I just don’t want to hear it from white people. 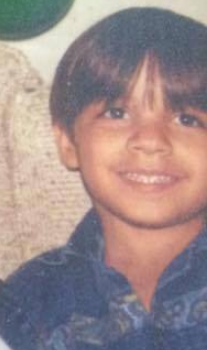 (pictured: back when i was mexican)

I’m a conflicted individual in the sense that I’m very racially ambiguous. I’ve been called Iranian, Paki, Spanish, Caribbean, Italian, Greek etc etc.- the list goes on; Sometimes I'm just a ‘tanned white person; I think the only thing I haven’t been called is something like ‘Chinese or Japanese”. The fact is that my mother’s background is from Greece and my father’s background is from an island in the Caribbean called Saint-Vincent.  As a result, I can fake the funk for most races and kinda blend into the intimate culture and conversation in each group. Like that, I’m proud to be a colored man. It gives me access to a lot of culture and the food is great.

But I wrote the first paragraph because, whether it be systematic, racial or whatever, white people hire white people. And despite how progressive Canada appears to be on the surface, white people are going to be prone to hiring other white people who look like them. For real, I personally don’t think that it’s genuinely racism. I don’t think that hatred has anything to do with it. I just think people are more comfortable with traits they’re more familiar with on a creaturely level. And I don’t think it’s limited to white people. How many white people do you see working at Chinese restaurants? How many white people do you see working at black barbershops? I genuinely feel that people unknowingly gravitate and select people with traits they can better familiarize with on a subconscious level.

So what’s my attitude towards this? How do I fit in? Not white enough to be white, not black enough to be black, and I have no middle eastern descent (despite appearances). What is the attitude to adopt?

I can’t help but feel in my gut that throwing your hands up in the air as a minority, claiming that things will always be the same, is not the right approach. I know black people are tired of hearing it from light-skin people like me; But my approach is to stay fighting. It doesn’t matter if cozy white people can’t understand the conversation about race, we have to keep working and building until we succeed. Even if systematic racism or bias is ongoing, I can’t be comfortable with accepting the futility of the situation.

I made a personal decision that moving forward, I’m going to try to avoid companies that appear to never promote minorities. Right now, I’m doing a little game design course on the side while going to work and I’m proud to say that some of the strongest designers in the course happen to be black. So hopefully this trend will change. Again, I don’t think that most white people are actively trying to prohibit minorities from promotions, but I also need to be realistic about the human condition and realize that these biases exist and I need to navigate around them.

What you’re reading here is not in response to anything. It’s just how I think when I reflect on these sorts of things.