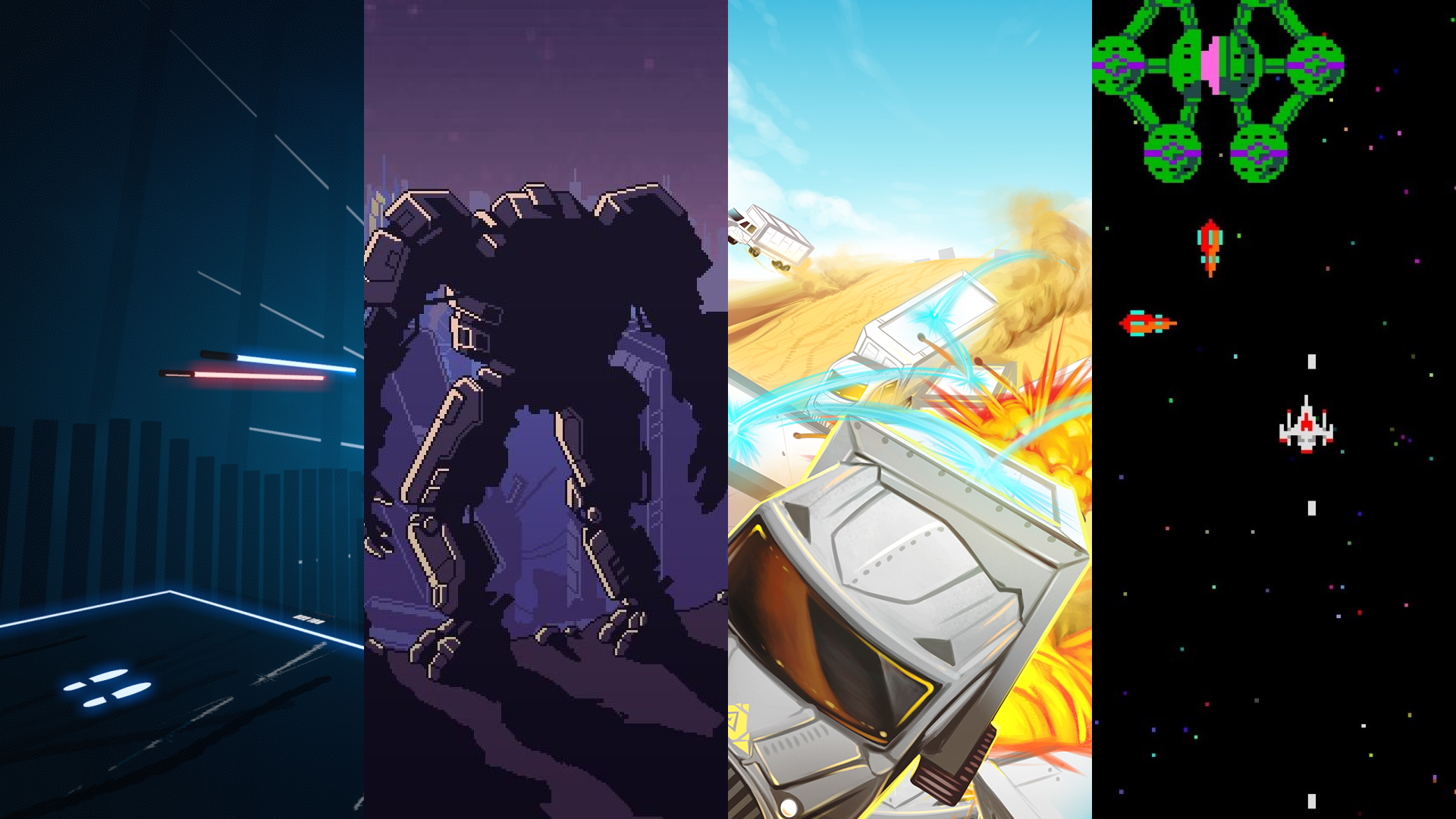 Welcome to a new set of entries into the BRG Collection. The rest of the games in my ongoing list can be found here or at the bottom of this blog. With that said, here are entries #17-20.

During the time of arcade cabinets, many space shooters graced the arcade floors. Many know of the classics like Galaga and Space Invaders, but not many know about Bosconian. While this is one of the first games to feature diagonal movements, Bosconian is unique beyond that compared to other games of the time. Each level takes place in a large, open space filled with debris and enemies, enemies have various attack patterns and alert stages, and the space stations that litter the level can be destroyed in two different ways. Many have forgotten this arcade gem, but Bosconian is still a great arcade classic nonetheless that more should play.

The virtual reality platform is rather barren on games. There are only a few games worth the time and effort of dealing with a virtual reality headset, and one of those games is Beat Saber. Its premise is simple: hit boxes to the beat of a song using two different colored sabers. In that simplicity, however, is an addicting rhythm game sure to work up a sweat. The modding community makes the experience even better by adding in a near countless amount of levels and plenty of other cosmetic changes. In the sea of VR tech demo-like experiences, Beat Saber is one that stands above the rest as fun and replayable.

One fond memory for many kids is playing “The Floor is Lava,” and some games have recently capitalized on this. Clustertruck is one such game, but with a unique twist: the safe zones to jump around on are trucks. It’s a silly concept, but one that is surprisingly fun thanks to its fast-paced platforming and various abilities. The modding community also adds plenty more to the experience with lots of extra levels. Clustertruck is a simple game, but one that executes well on its premise and shows no idea is too crazy for video games.

On the surface, Into the Breach is a turn-based strategy game like any other, but those who have played it know this isn’t all that accurate. While some of the basic mechanics of a turn-based strategy game can be found here, this game turns the genre on its head by focusing on what enemies will do and using that as an advantage. Trying to set up a perfect scenario where pushing around enemies leads to an almost Rude Goldberg machine of death is a puzzle like few others, and the satisfaction of pulling it off is incredible. Into the Breach is a fantastic puzzle and strategy game where strategies common in the genre are thrown out the window for something new and more rewarding.