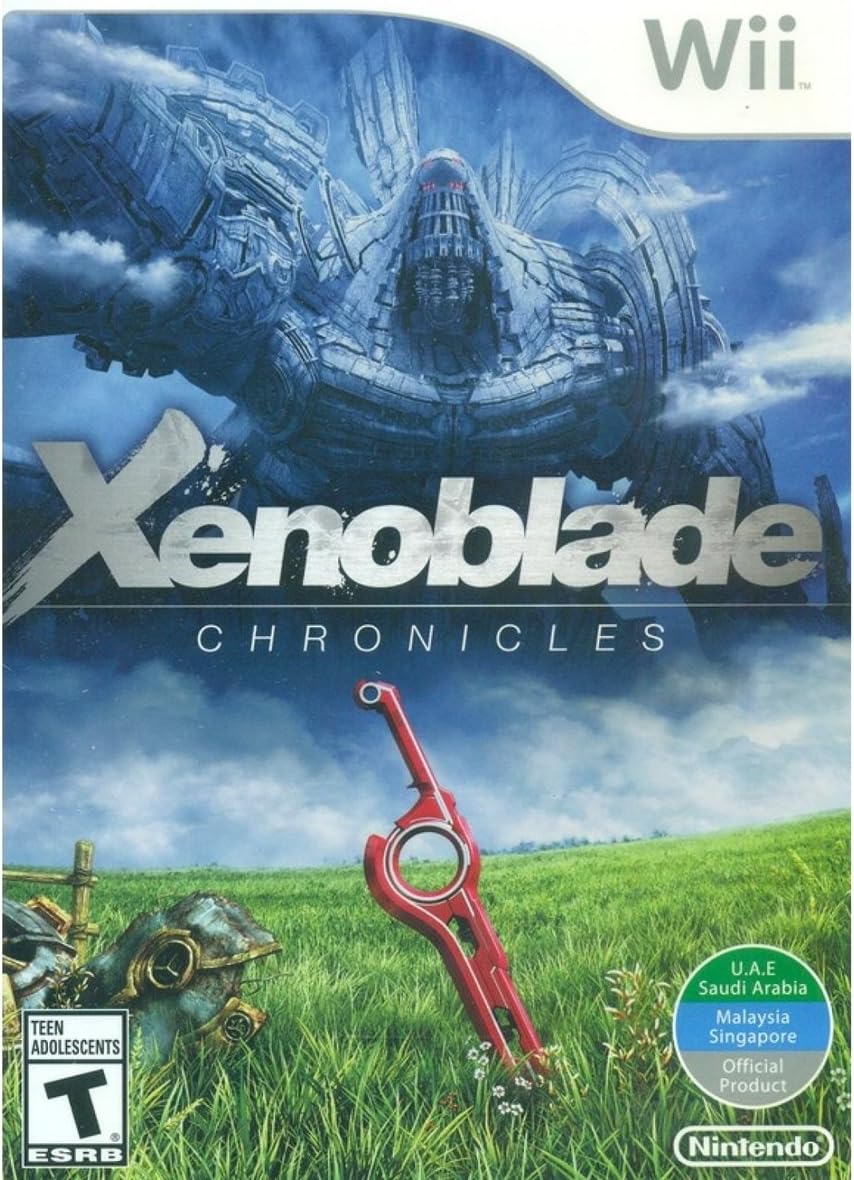 As part of Operation Rainfall that took place during the last stages of the Nintendo Wii, Xenoblade Chronicles came out as the most famous and for some, the best of the other two selected games. "An open world game ala Final Fantasy XII for a Nintendo Console?" some might have ask themselves before playing it only to find a gem of a game wanting to be played and at the same time, to demonstrate the powerhouse of Nintendo's 7th gen console. This is Xenoblade Chronicles.

Players take control of Dunban, a warrior fighting against some machines thanks to the power a powerful sword: The Monado when a treason takes place and battle turns for the worse making Dunban to overuse the weapon to help things out at the stake of his health. Mission's a success at an expense. Years pass and the long wanted peace sees itself compromised by the return of the same machines from back then but this time, the game's protagonist Shulk comes into play. As expected, he is also able to wield that weapon once again to face off evil but doing so also initiates yet another plot against homs (humans) from the machines. From here on, a very long journey of friendship, trust, death, and war will ensue. All of these elements seems just like that common JRPG we are used to already but is the human touch, and the twists that keeps the narrative fresh and eagerly to be finished. There are some thought provoking moments that alongside character development only elevate the whole experience further, and that's to be appreciated. 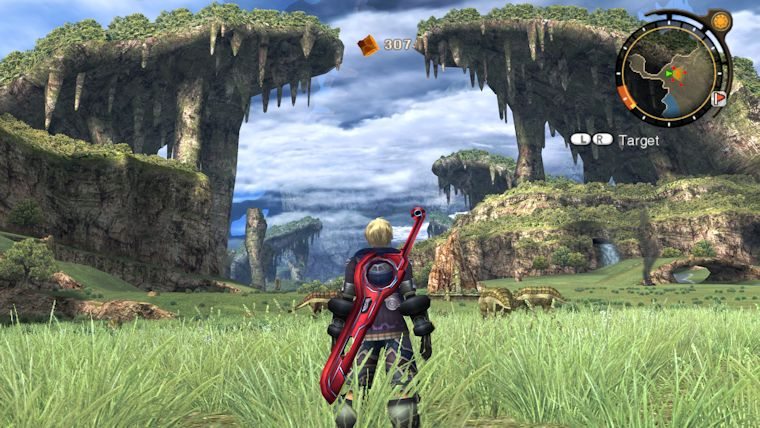 Getting lost is a sight to behold.

It is safe to say that every time a game is released so late for home consoles or handheld ones, all eyes are on how it would perform not to look weak in comparison to other games for newer consoles. Xenoblades is a delight to behold. If we go back to 2011 when the remaster was not even an idea, the fact that the Wii could handle this much feels like a wizardly incantation that work wonders. Played on a big TV or on a CRT one the game will still look beautiful both its world and character design. As this game feels like an offline MMORPG at times an easy to follow interface was expected and an easy interface is delivered. From the tiny details such as how the grass would look to the character move set is all well done. However, such detail comes at the expense of when having too many enemies at once on display the frame rate will falter and, might affect the gameplay flow.

In the sound department, this game prompted me to add a new category to my Retro GOTY Awards called: Best Voice Acting because not praising the work done here wouldn't be fair. The British localization is acknowledged as the game starts and the performances are top notch. Getting tired from the many times the characters will talk mid battles never gets old in fact, a liking to them can grow. The game's soundtrack also stands out as being not that extensive but knowing how to use the tracks depending on the situation, all of this to a great effect. The soundtrack alone makes grinding and exploring all the more satisfying. Great work done here. 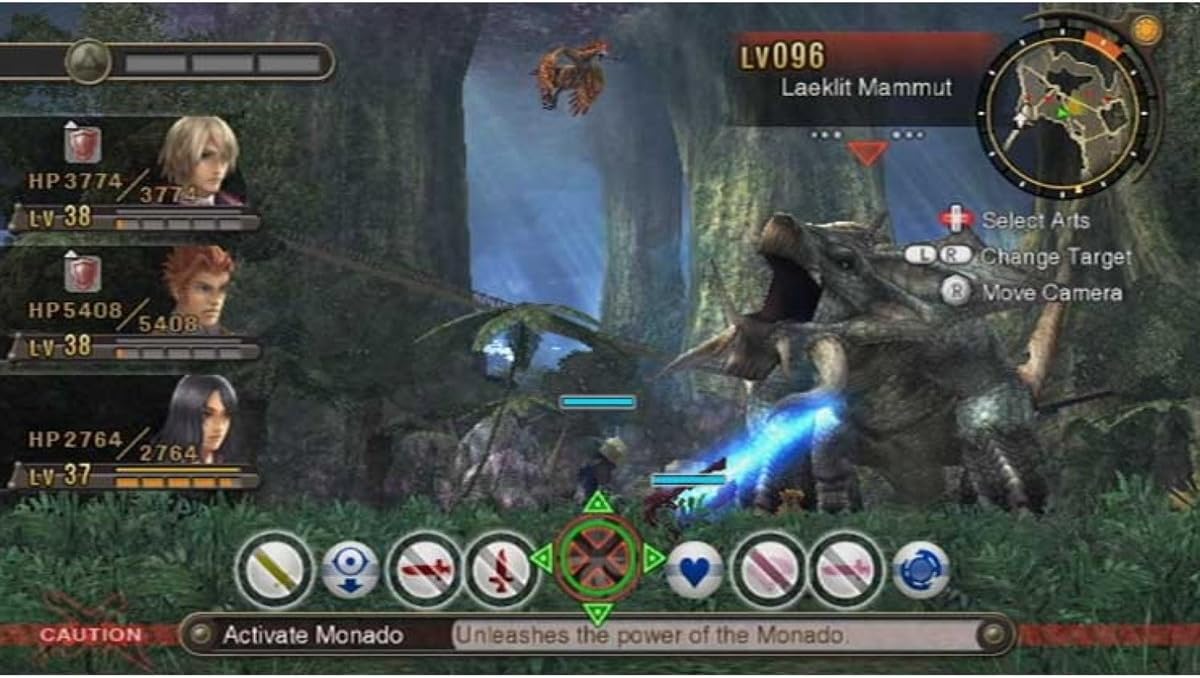 Perhaps Xenoblade Chronicles best feature resides in its gameplay. As an action role playing game, auto attack can be an issue if not handled well, and that's not the case here. From the get-go one can notice how the gameplay department does things differently, for example:

All this is done thanks to the arts (magic) some characters have at their disposal, and also thanks to the trinity meter that fills up as certain parameters are met, like working as a team and doing combos. The trinity meter will work for reviving, and once filled, to deliver an even more powerful combo attack that can prolongs itself if done correctly.

Each character has their own abilities they don't share with the rest of the cast or not in the same way. Shulk, for one, has this premonition ability that lets him see an enemy's next move toward a given party member granting a few seconds to change the outcome. If one attacks said enemy the foretold attack will hit us instead, as well as if any character will die after the attacks hits, healing can change the future. This little feature is used through the game and even has its uses during the narrative. One negative aspect of the gameplay that I mentioned earlier is how it fares when many enemies are on screen. Camera control is present but not applied in the best way (for those like me who played it with a Wiimote & Nunchuk) and there will be moments when giant enemies, many giant enemies will surround you making the battle almost impossible to follow. If this happened only a few times it wouldn't represent much of an issue but a mid game boss battle is compromised by this, like some battles that happen after it. 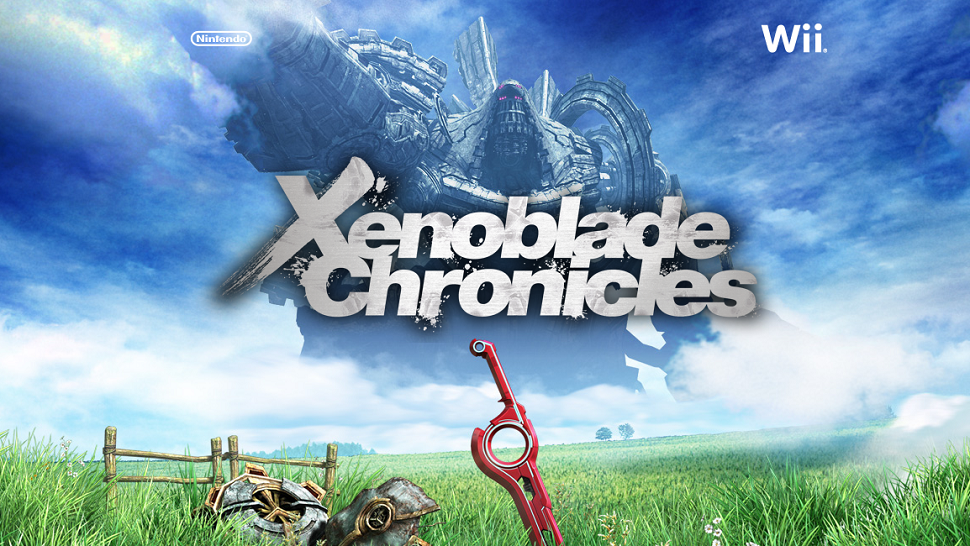 Xenoblade Chronicles is this kind of game that might raise some eyebrows due to its presence on a Wii instead of a more powerful console that would have seen it delivering even more than it did. This kind of decisions from developers to support certain consoles that sometimes lack a wide selection of genres is a move many may not like but that I absolutely adore. As an example, Persona Q2 being released for the 3DS two years after the Switch was released push many people away and the game was a great swan song for the handheld. If you like RPGs, engaging gameplay mechanics, a mature story and to get lost while exploring a rich world, Xenoblade Chronicles is a game I recommend. Available on Wii, New 3DS, and Switch.