Give thanks for fan translations: Marvelous: Mōhitotsu no Takarajima

3:19 PM on 04.19.2021 (server time)    0
Known as 'Marvelous: Another Treasure Island' for those of us who have to play the game 'however I could.' I think the title should be The Marvelous Three but Nintendo has yet to contact me about localization freelance legwork. 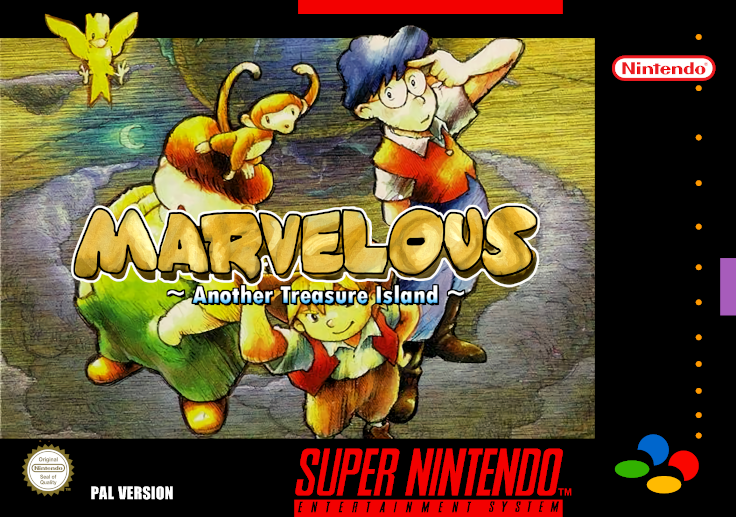 A cover of the non-Japanese version which is pure invention.
The game really is marvelous. It is far more than that easy pun, it's a delight. It lives up to its title. I have not finished the game, I fear the world will feel emptier when that time comes. For now it is just given a full recommendation. There are small gameplay features that are outdated, but this is a late era Snes game where they were building on what had come before. One example result is a point and click element. It is the examine feature that I always wanted before Don't starve gave it to me.
Zelda has to be mentioned since Marvelous is like a colorful Link to the past, a game I love and the game was built using Zelda ALTTP's engine and was designed to resemble top down Zelda games. But this game feels more like a Tom Sawyer adaptation. My previous blogs have suggested I welcome Zelda clones, and yet this game has a more Japanese atmosphere, or just lesser worldwide appeal than the Zelda series. And yet this is the game with soccer. I think it is better for it, there is more of a sense of place and the cheerful outlook of your surroundings is infectious. The NPC's have more life about them and make minor areas memorable. Maybe this is something the designer Eji Aonuma brought and we were happy for him to flex and refine.

Engage with the local ruffians to obtain quests and develop factions. 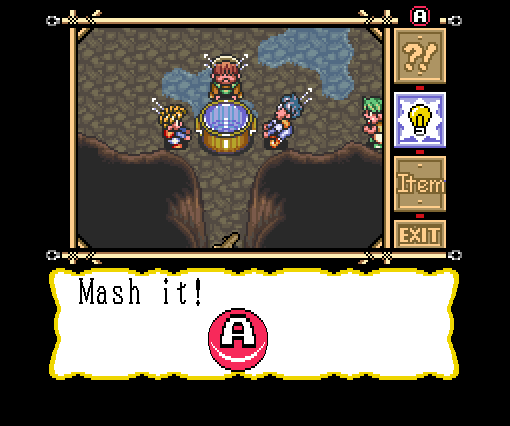 Not the strongest example of the translation but you get the idea.
I do certainly see myself being that player who tries to sell an RPG-lite game to his friends as an adventure game with a few stats. There are quick time events in this game and using the cursor to examine and interact with the NPC is a stroke of innovation that feels like the extra mile that got pushed for. 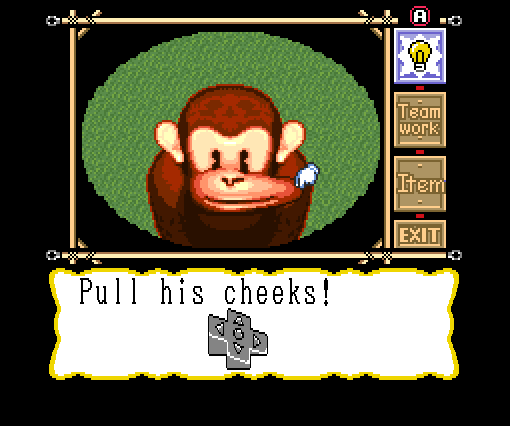 Please do not try outside of game.
In the game you can cycle between the three brothers friends using a button mapped hat, they all control a little differently to match their visible personalities.  As I said I have not finished the game so I hope they throw me a curve ball. Brothers A tale of Two Sons and Mario And Luigi are good comparisons to the gameplay style but the puzzles are stronger here, the situations more grounded. I got Golden Sun vibes but we'll withhold hasty judgement for now.

Best played with caffeine.
I enjoy games where there is a variety of mini-games, if we measured Wario Ware at one end and No More Heroes close to the middle, this game is in a sweet spot I had not seen beforehand. Balance in the gameplay is impressive, I'm told Yakuza would be a good fit. In this game there is a good strong presentation which disguises arcade style game design so you never feel like you leave the gameworld. That was what Nintendo wanted. Little small details like how with fishing mechanics there were different personality types among the visible fishes. With just a few extra graphical details thrown in to portray the fish's expressions, is what makes it so memorable. That's a good way to describe my experience with it up til now, very memorable. That's doing right in my opinion.

I hear these three are still in the Nintendo vault somewhere.
I might do a review when the game is done, all I can hope is that others play it and many years later when my review goes live, we can all share in what this magical little game offers.
However Nintendo chooses to cattle it's senior games into tidy digital shopping aisles, I still hear about gems like this and maybe they don't want to admit the fans translated it better than they could.
A big thank you to the fan translators, you did not ask for any riches to match the time taken for this task. The hours of joy found in games will be a wealth of positive energy started with yourselves. Thanks once again.
Login to vote this up!