There was a time when retro-inspired indie games were a novel concept.  Now, the market is flooded with computer games seeking to emulate both the presentation and gameplay of 80s and 90s gaming.  Narita Boy looks and feels very much like a product of a bygone era.  The pixel art and synthwave soundtrack undoubtably bring a flair that goes beyond the average 16-bit action platformer.  However, there are flaws present that make the experience feel dated, and not in a good way.  From frustrating checkpoints to floaty controls, there are elements in Narita Boy that were better left in the past and hold this game back from rising above mediocrity.

Narita Boy has style.  Set inside a computer game in the 80’s, Narita Boy tells a story of a programmer who created a digital civilization called the “Digital Kingdom”.  Narita Boy, the hero of this land, seeks to free the land of the evil beings living within the source code who are corrupting their creator.  The game flips between the adventures of Narita Boy within the digital realm and the memories of the creator, a programmer who recalls core moments in his life and how these influenced his work.  It is an interesting premise, but I was hoping they fleshed this dynamic out a bit more than they did.  It felt more like a personal memoir than a thematic match for a retro adventure and did not culminate in a satisfying way.  The narrative surrounding the titular Narita Boy does not have any real weight and can basically be boiled down to a giant McGuffin chase, most of the game is spent looking for variously named keys that will unlock doors that have more keys behind them, that unlock even more doors. Typically, I’d just choose to ignore the story in an indie-action game like this, but the game spends far too much time overwhelming the player with paragraphs of techno-babble that I cannot give it a pass. 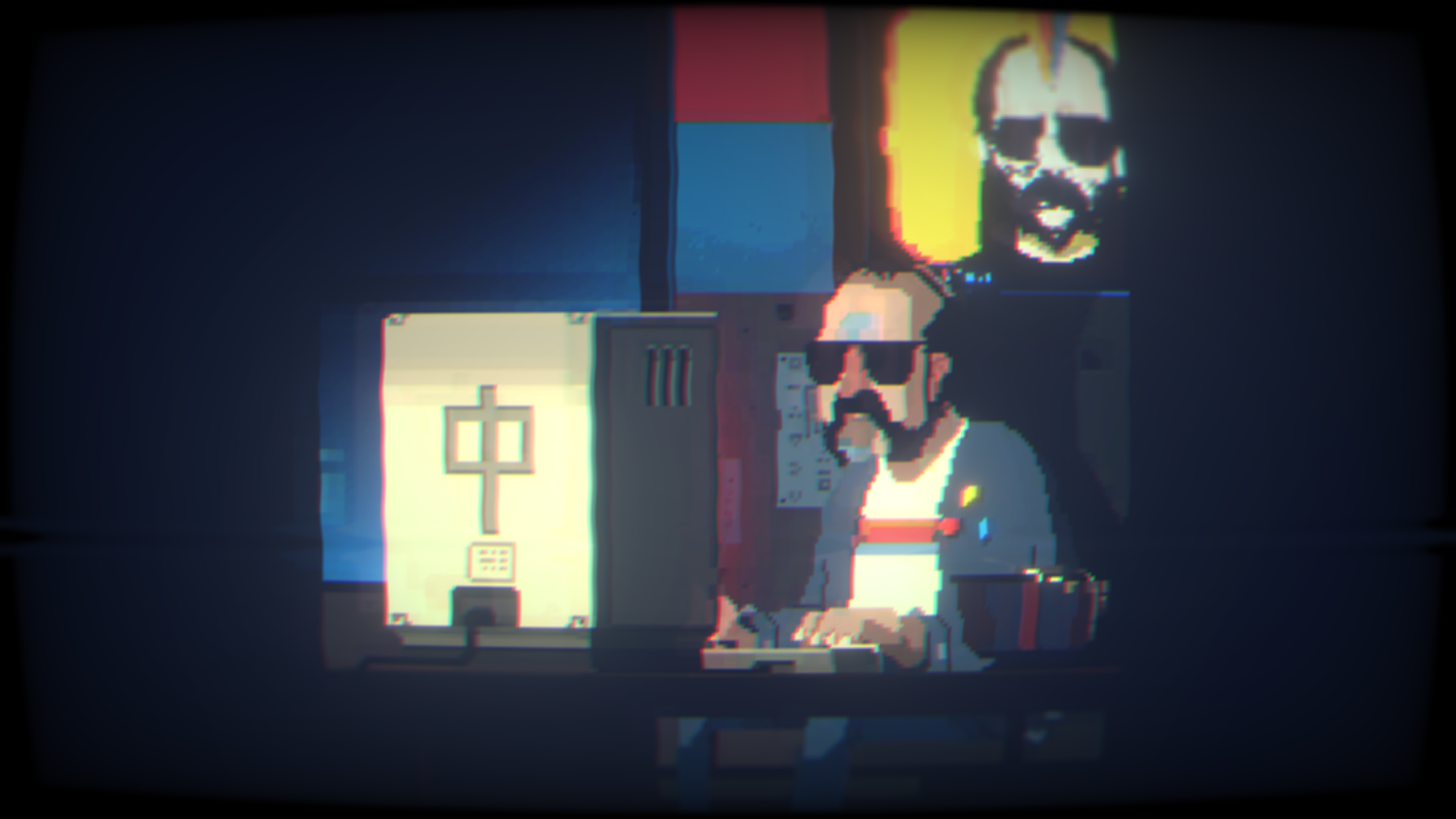 Combat is simple, yet challenging, sometimes frustratingly so.  While on the ground, Narita Boy can dish out punishment with his tricolored sword, picking up skills such as an air slash and dash thrust to dispatch his foes.  Narita Boy also wields a shotgun as a secondary item, a highly powerful sidearm that is essential to defeat the game’s stronger enemies.  While I enjoyed the creativity behind Narita Boy’s numerous boss encounters, the inconsistent checkpoint placement aggravated me when I had to restart encounters with dozens of enemies.   Especially during later stages, the game demands perfection from the player, and the floaty controls make this almost impossible.    The overall loose movement made fighting airborne enemies a constant struggle, especially during the game’s later boss fights.  Luckily, the platforming is not challenging, almost as if the developers knew that movement was not precise enough to ask much of the player. 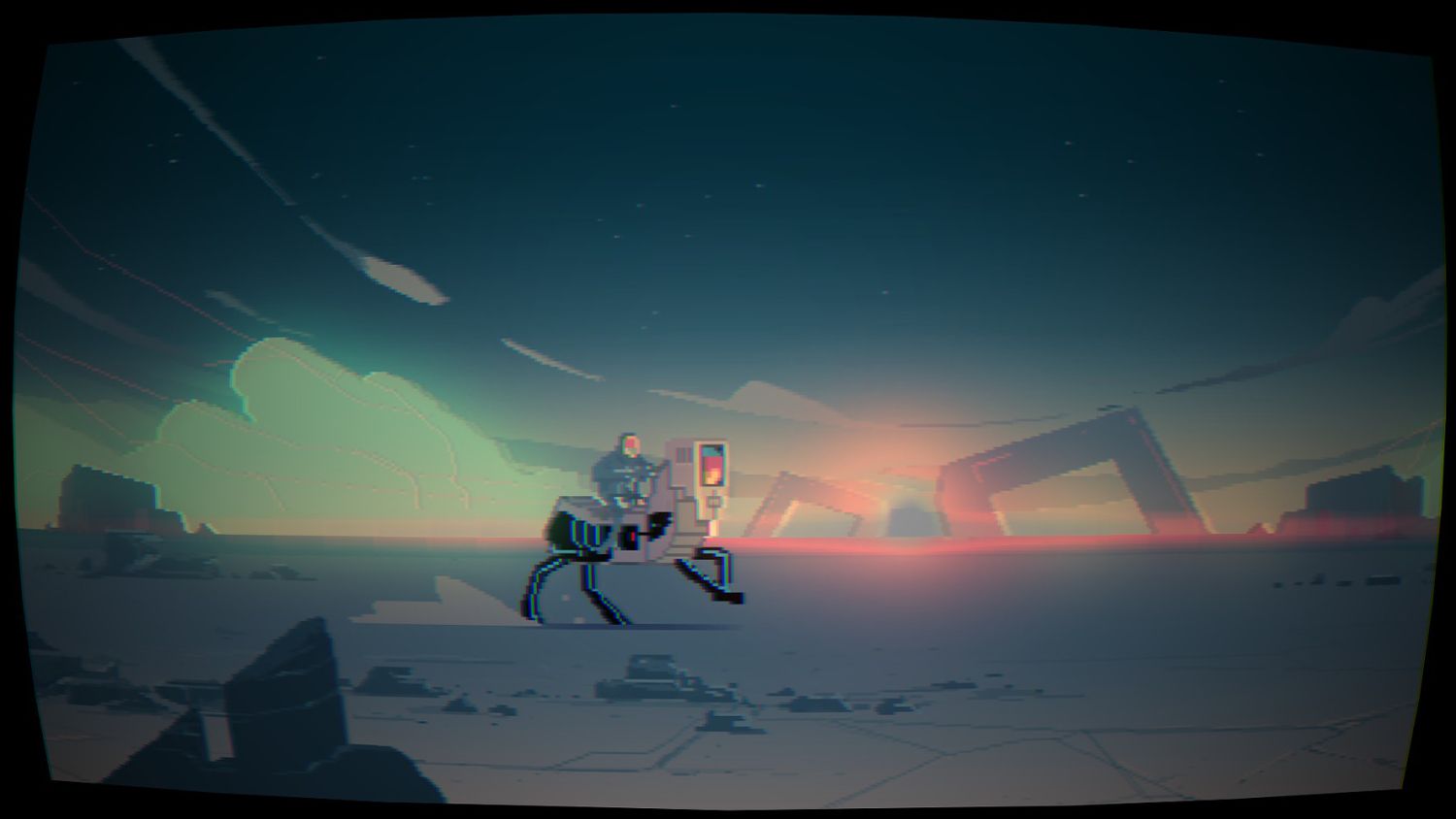 I know I have been quite negative on this game, and there are in fact some very real issues in Narita Boy.  There are also elements that tease a more engaging experience.  The enemy variety is quite good, with creative enemy designs, specifically bosses who are both visually interesting and demand the player take advantage of each of their abilities.  The graphical presentation successfully captures its desired retro aesthetic, and the desert, lakeside, and train station levels are unique as far as retro indie environments go.  I do not hate the game, and I am not upset with the time I have spent with it, but I cannot give it an enthusiastic recommendation with these flaws present and with little defining aspects other than a cool presentation.  If you are looking for a short retro-inspired action game to kill a few hours with, you could do worse than Narita Boy.  But there are better titles out there that encapsulate gaming’s early years.