A part of me kind of misses the Xbox Live Arcade-era of downloadable games. Don't get me wrong, there's far more variety nowadays and there's certainly no shortage of new releases just on Steam alone. But it's still fun to look back and reflect on just how weird and experimental certain AAA publishers were during this brief period of time. Tons of unique and bizarre titles were just dumped on places like the Playstation Store and the Wii Shop Channel, all the while going for a fraction of the cost of the latest AAA release. Admittedly there was no shortage of HD ports to go through, but alongside those were full on re-imaginings like Battlefield 1943, neat spinoffs like Far Cry 3's Blood Dragon and Final Fantasy 4's The After Years, and there were genuine labors of love thrown into the mix like Scott Pilgrim VS the World, a project that I still can't believe came from Ubisoft of all people.

But while there’s plenty of gems to go back and sift through, there definitely was no shortage of bad games that came out either. For every Castlevania Rebirth or Hard Corps: Uprising that came out, chances were also good that you'd stumble across something pretty underwhelming like Dead Space: Ignition. 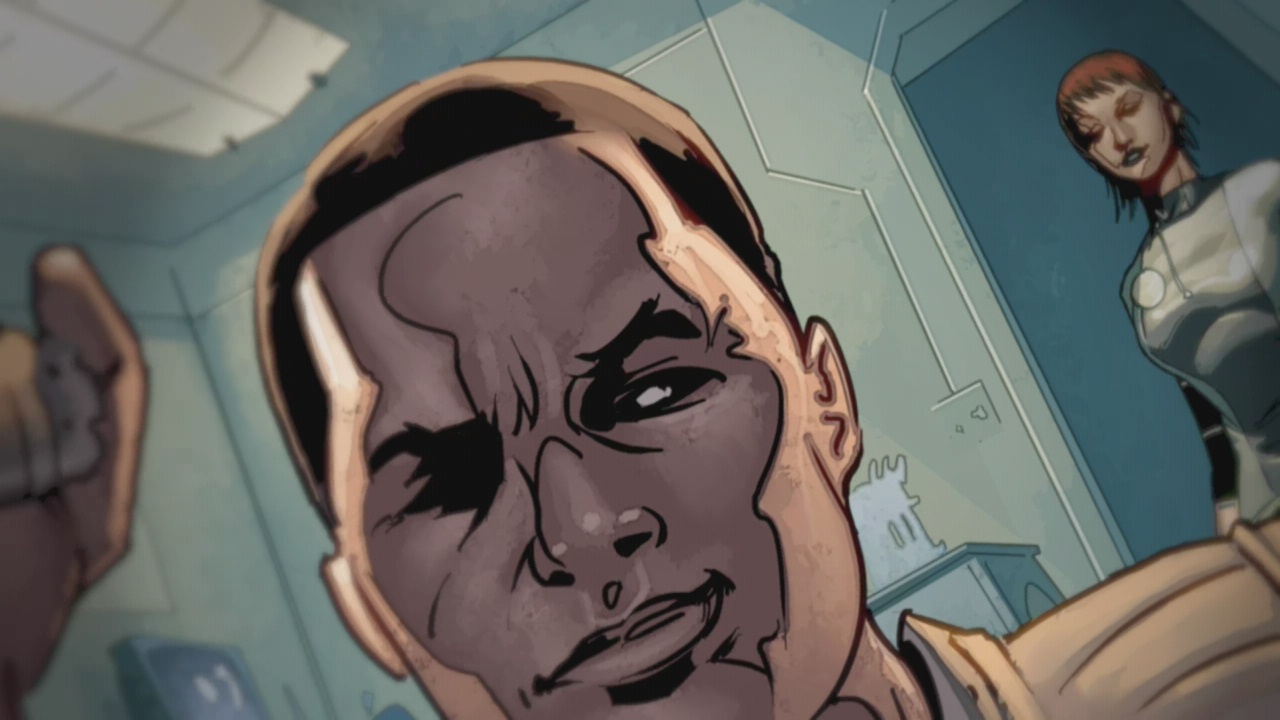 Ignition serves as a prequel of sorts to Dead Space 2, showcasing the events that led to the downfall of The Sprawl that players would later go through in the main game. Though rather than taking the Dead Rising 2: Case Zero route of offering players a brief taste what's to come in demo format, Ignition instead plays out more like a graphic novel for the majority of its runtime, with the odd branching path thrown in from time to time.

Gameplaywise it couldn't be any more different from its predecessor if it tried, as it's essentially a collection of 3 hacking minigames thrown together. These can vary from anywhere in between a lite tower defense mode of sorts, a simple racing mode that involves getting to the end before your opponents do, to some tile placement puzzles. 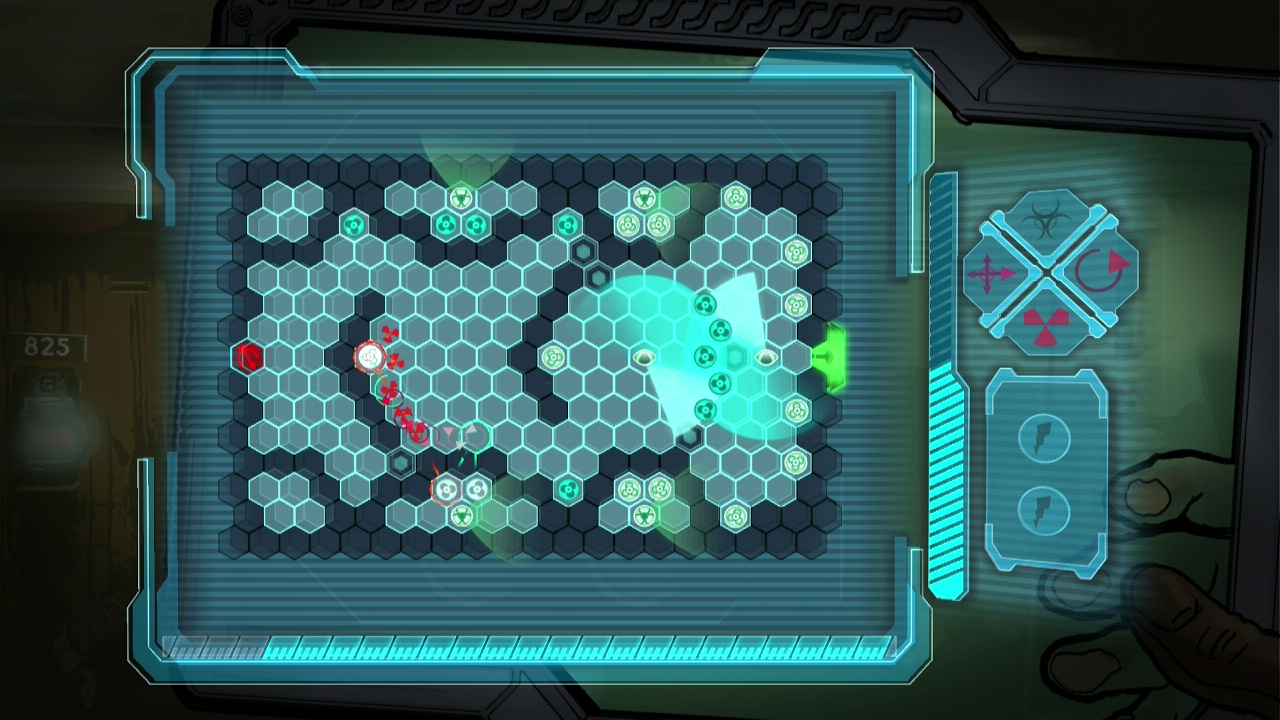 One of the reasons for the shift in gameplay has to do with the change in character. You play as Franco Delille in this outing, a nerdy computer engineer, and while he's good with technology he isn't the kind of improviser that ol' Issac Clarke was. His officer girlfriend Sarah Andarsyn instead does most of the shooting this time around, so while it's pretty uneventful in terms of gameplay, it at least makes some sense as to why the focus is solely on hacking and repairing things this time around. Of course, the other reason for why it plays out so differently is because this is very much a low-budget affair for the series. Practically all of the cutscenes are simple illustrations, and while I can deal with the lack of animation for this being what it is, the artwork tends to severely vary in QUALITY depending on the scene.

The visuals for the minigames aren't that much better unfortunately, they're all pretty simplistic in the kind of way you'd normally expect from a hacker viewing things in hackervision. Thankfully though the voice acting in comparison is pretty top notch, and the world of Dead Space is still an interesting one that draws you in regardless of the format. 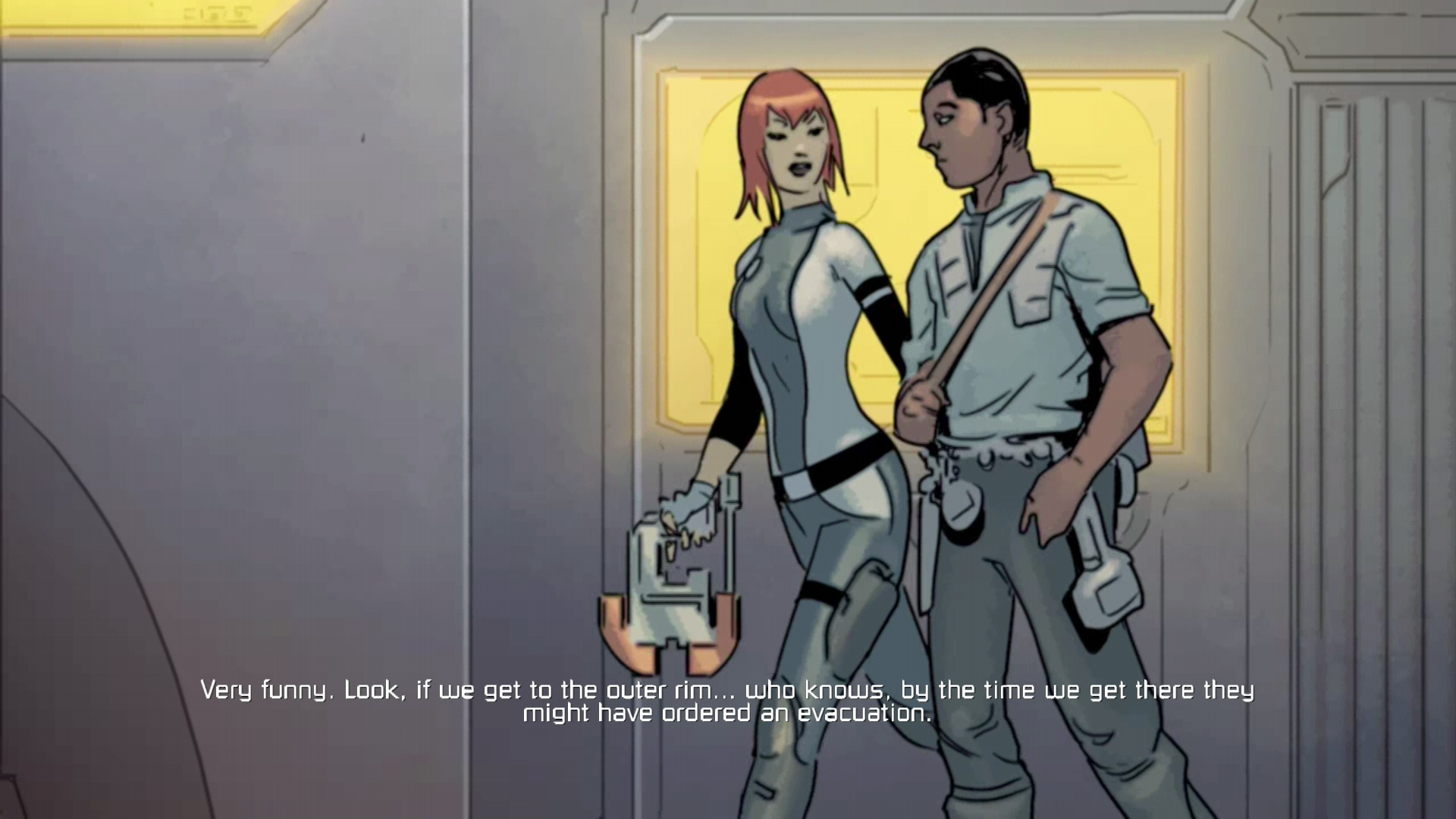 Or at least, it draws you in while it lasts. Ignition is a pretty short game, with my first playthrough clocking in at just around an hour or so, and it was a pretty uneventful run at that. Admittedly this is an intentional decision on the developers' part, since one run only delivers a tiny fraction of the story, especially depending on the routes you take. Plus, once your first run is cleared, you'll be given some tools to help speed through the minigames that much faster, and the trophy you get from it makes it feel like the game kind of wants you to go through all its' branching paths.

There's certainly some motivation to go back and do so, with interesting moments sprinkled throughout like Franco's interactions with the Unitologists, or simply just getting a tiny glimpse of what normal life was like aboard The Sprawl before all hell broke loose in the main game. But it's admittedly hard to want to come back to seconds, let alone thirds or forths, since all paths lead to the same outcome, and you'll get your unlockables for use in Dead Space 2 after just one run. 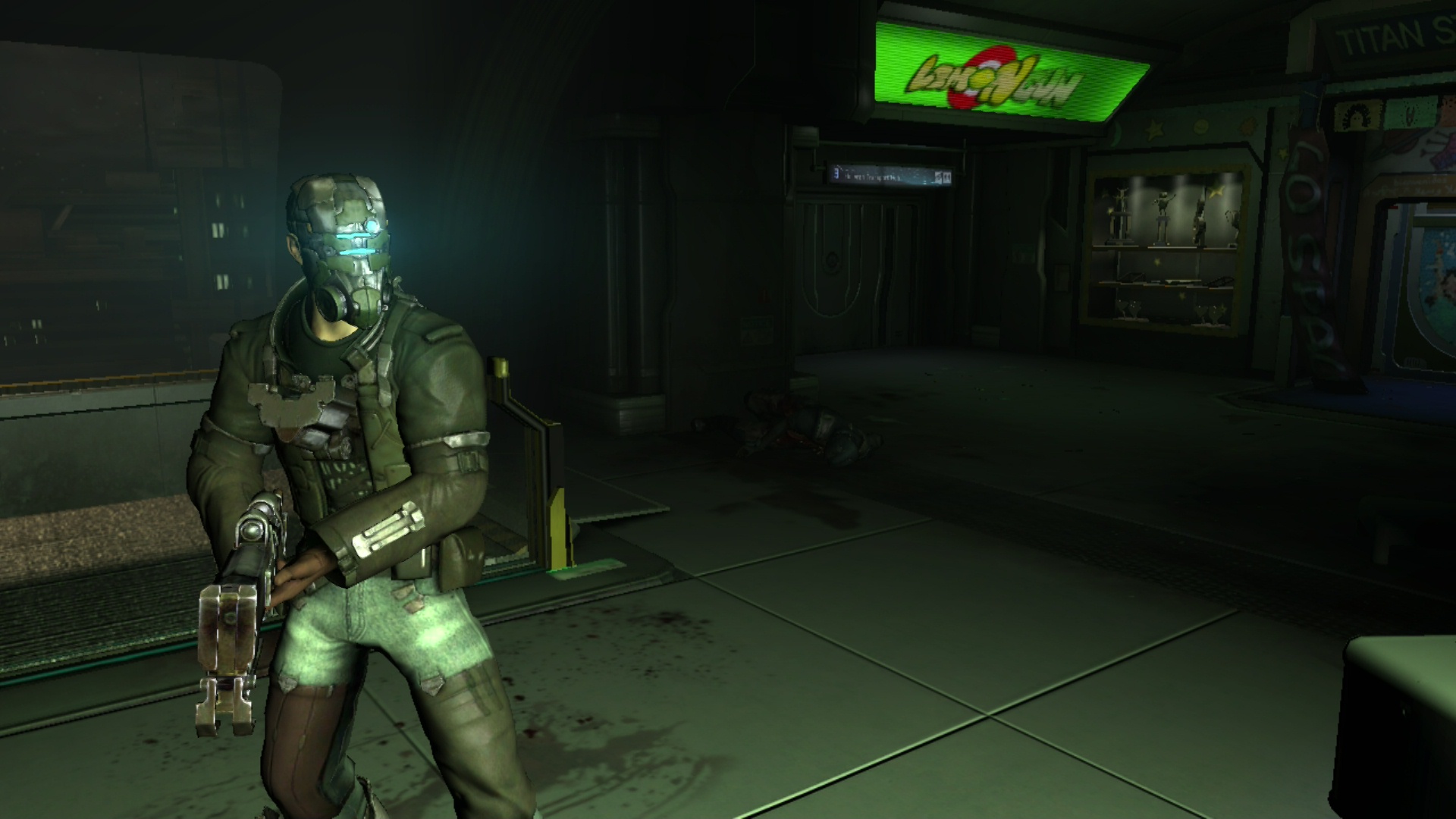 It's also hard to get that invested in Ignition since beyond the lackluster minigames, you kind of know where this is headed if you've played Dead Space 2 by now. Franco dies, not in some mid game twist but within literally the first 5 minutes of starting a new game. If you didn't play Ignition and just jumped into the sequel like I did back in 2011, I doubt you'd really miss much bar a cool suit, some collectable notes, and 4 locked rooms with loot to give you a headstart. Either way it didn't stop me from having a blast with it back then, and nowadays PC users have the option to simply mod their save file to get into those previously locked rooms anyways.

But at the end of the day it's tough to be that hard on Ignition since it doesn't make any attempts to try and hide what it is, a motion comic book with puzzles to solve and unlockables that would carry over to the main game. Are there better ways to spend your time and money nowadays? Yeah, that goes without saying. But I'm some series completionists will get a kick from downloading this on EA Pass, and if nothing else it's an interesting way to kill an afternoon in one of the odder spinoffs for a horror franchise. Just don't expect it to be anything much more than that though.