Did you know the arcade classic Bubble Bobble never received a dedicated machine? Rather, it was released in 1986 as a conversion kit meant to replace/repurpose an existing coin-op unit, one that was presumably no longer popular or was otherwise underperforming. Amazingly, this legendary platformer’s original release—one that would ignite a hugely profitable franchise for developer Taito—exists only as a motherboard, manual, and some decals, its cabinet merely the gutted carcass of some earlier title.

Well, enter Numskull, a UK-based company that specializes in turning fuzzy memories into cool, if sometimes kitschy, collectible merchandise and swag. A few years back, the company decided it would do more than just produce sweaters, mugs, and coasters—it would seek the most iconic arcade cabinets of the past and convert them into ¼ scale miniature machines. These so-called “Quarter Arcades” became famous for their astute attention to detail, serving as almost perfect replicas of the original machines. Fully playable and, thanks to a built-in battery, fully portable, these machines allow the collector to honor the glory days of the arcade without having to fill an entire room or garage.

Well, after a number of hit releases including Pac-Man and Galaga, Numskull decided to team up with developer Taito to finally give Bubble Bobble its long-overdue tribute. Together, they’ve designed the game’s first official, dedicated cabinet, and after receiving mine a week ago, I’ve been happily playing and displaying what’s truly the king of curiosities…a quirky conjecture to what might have been. Below is a spate of pics I took as I unboxed the machine and first powered it on. This isn’t intended to be a comprehensive review; it’s really just a slapdash gallery of some pics I hastily snapped. Nevertheless, I will state that though the cabinet is beautiful and probably worth the ($150.00) asking price, the arcade ROM isn’t quite emulated to perfection, which seems odd considering the loving-care given to the rest of the package. Ah well, still happy to have mine! 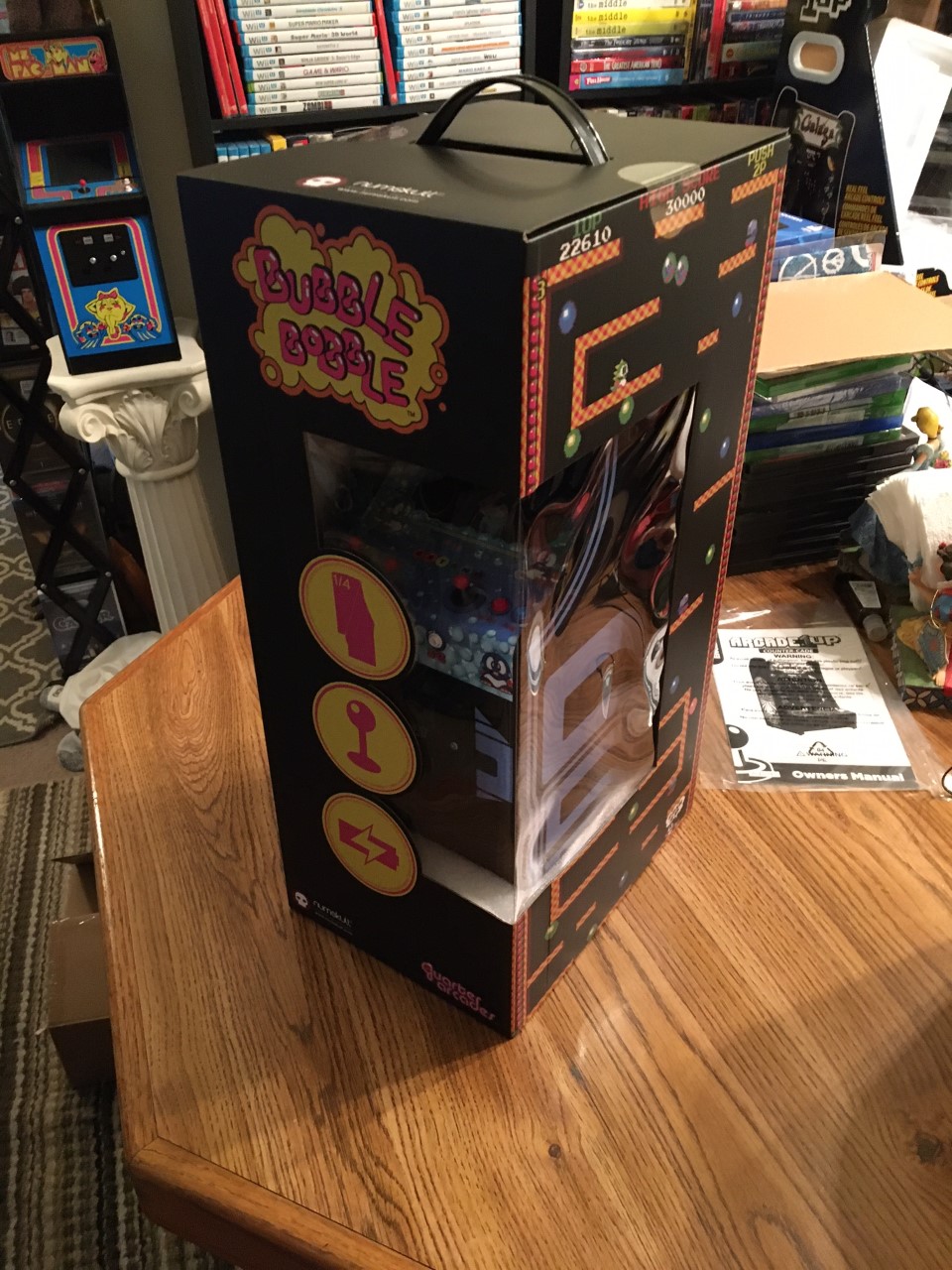 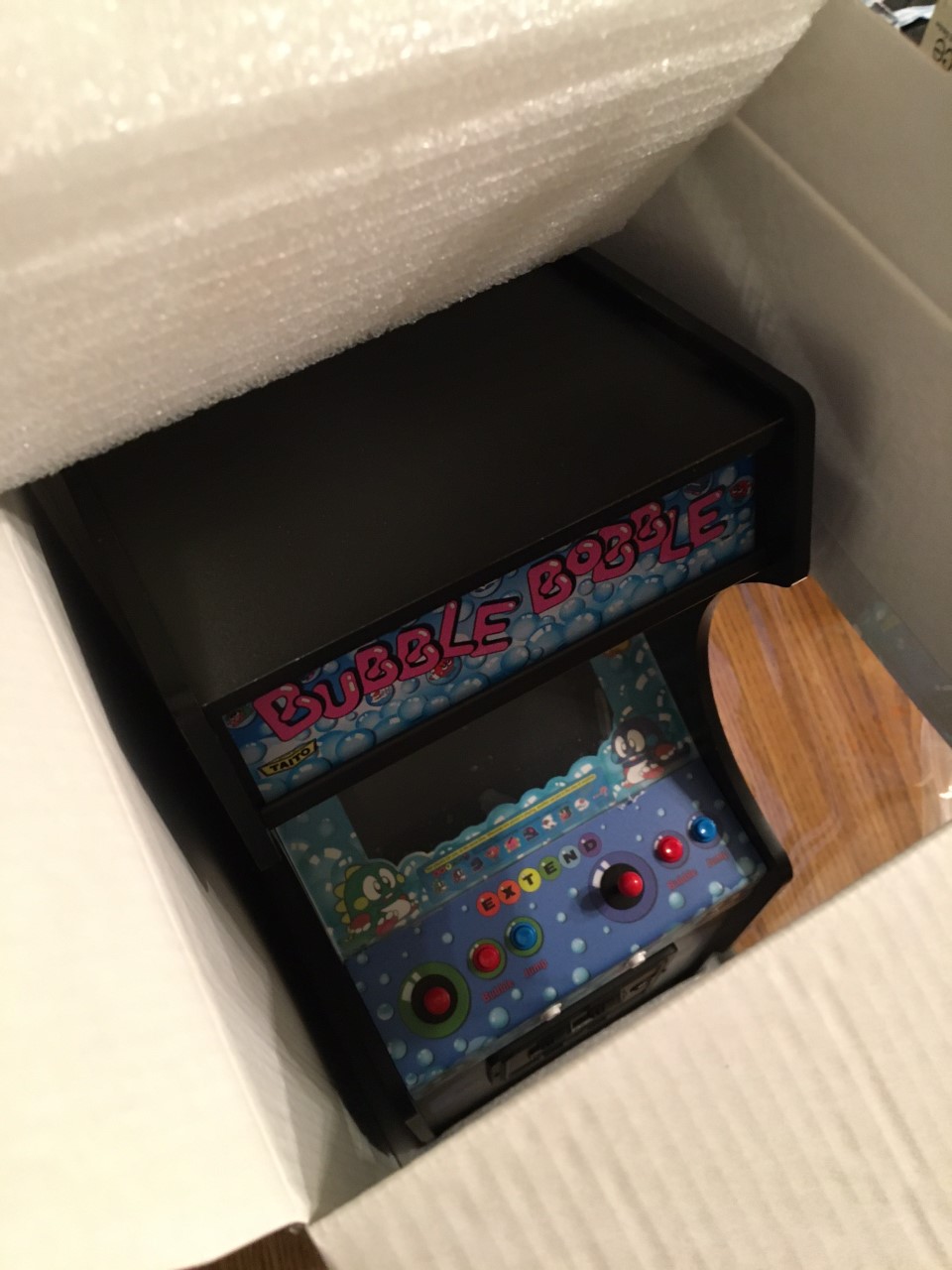 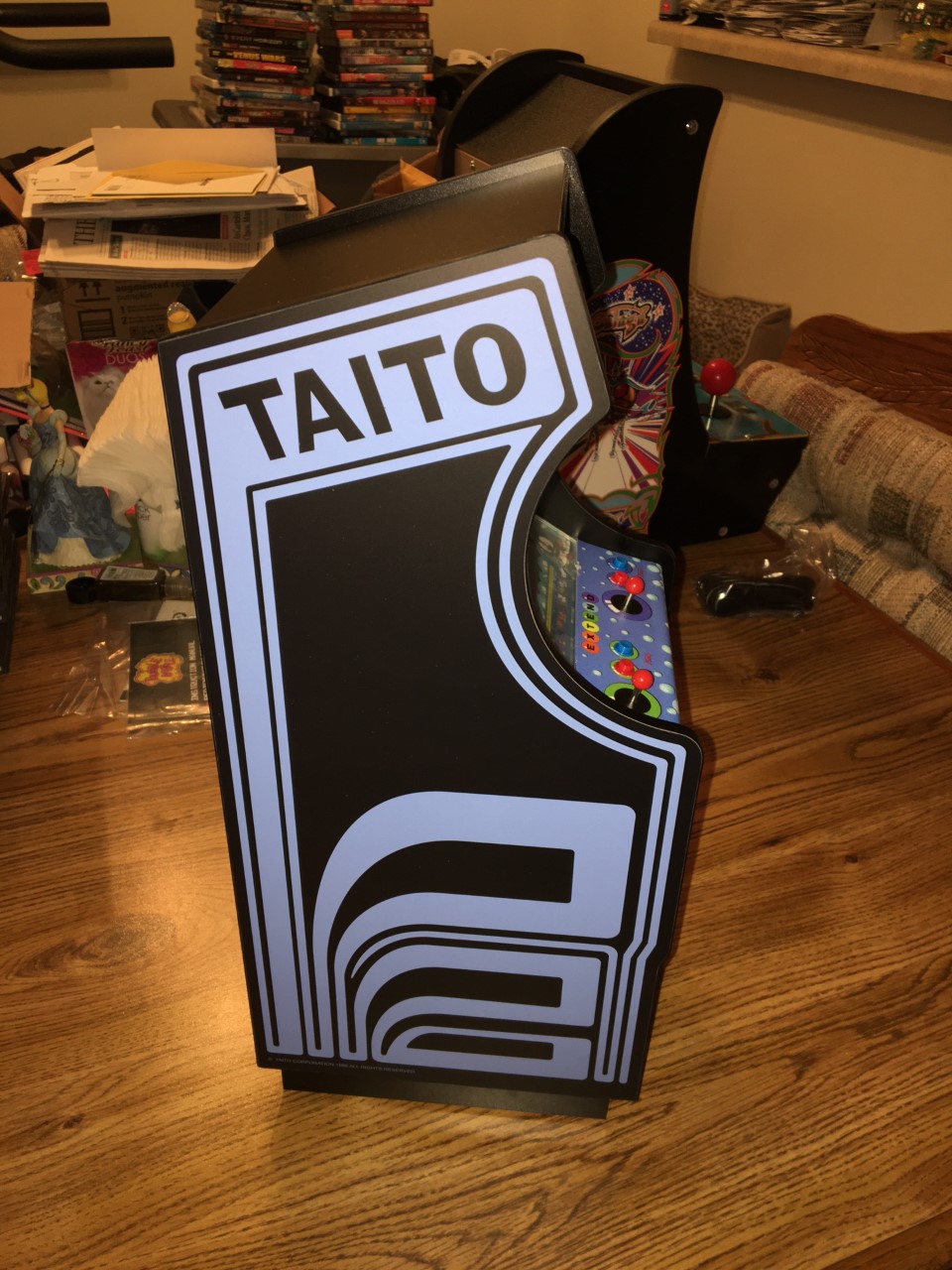 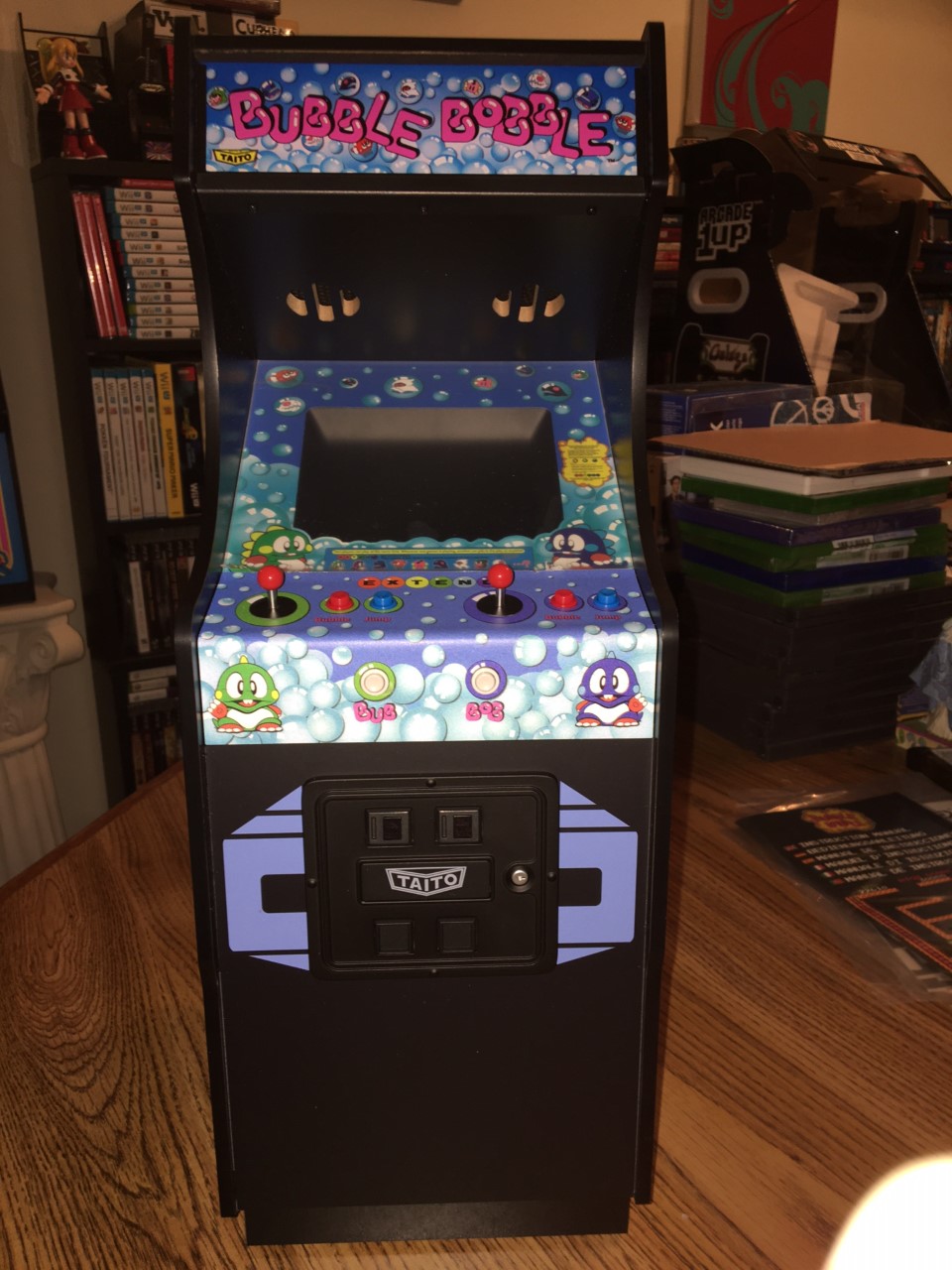 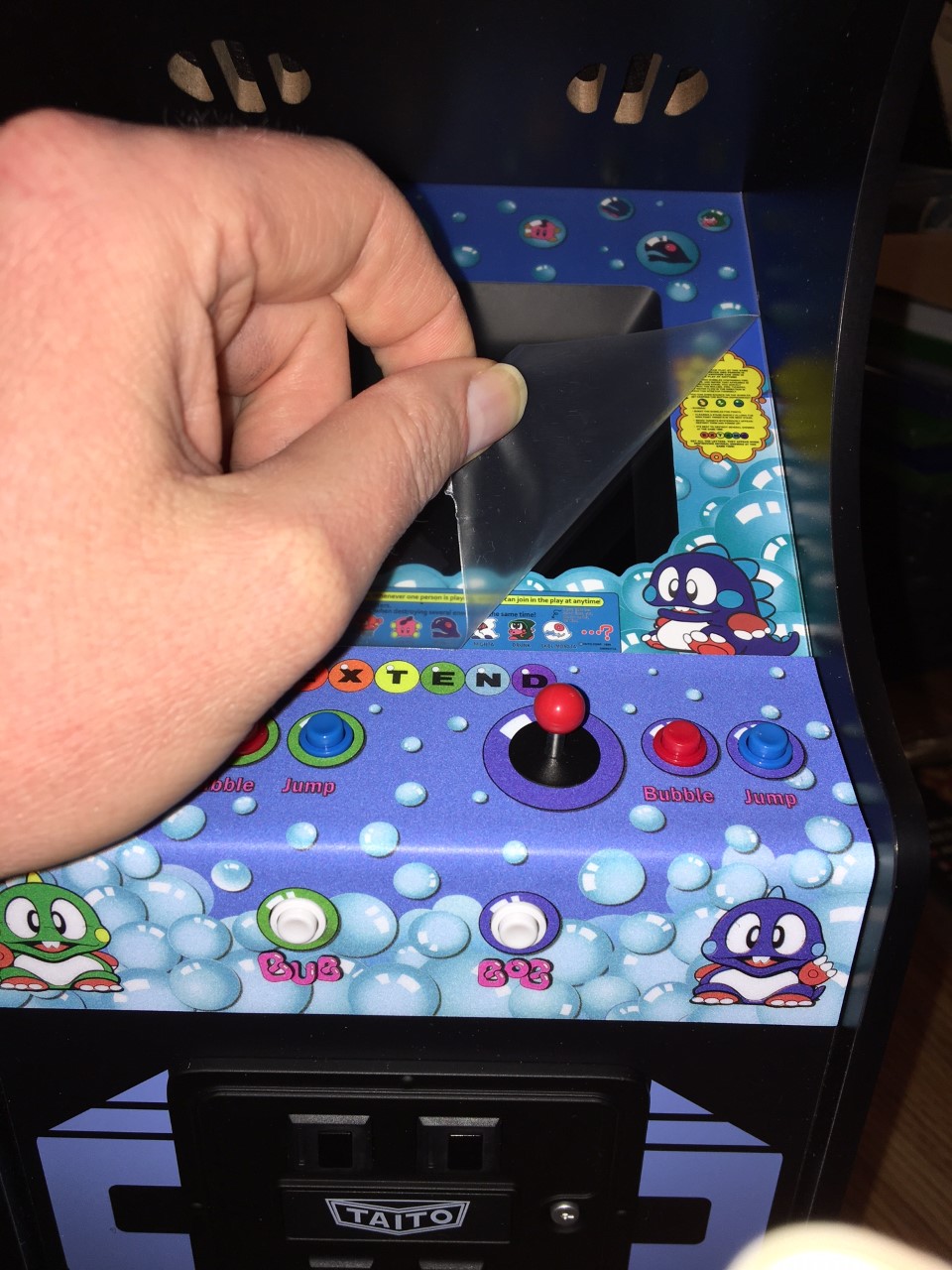 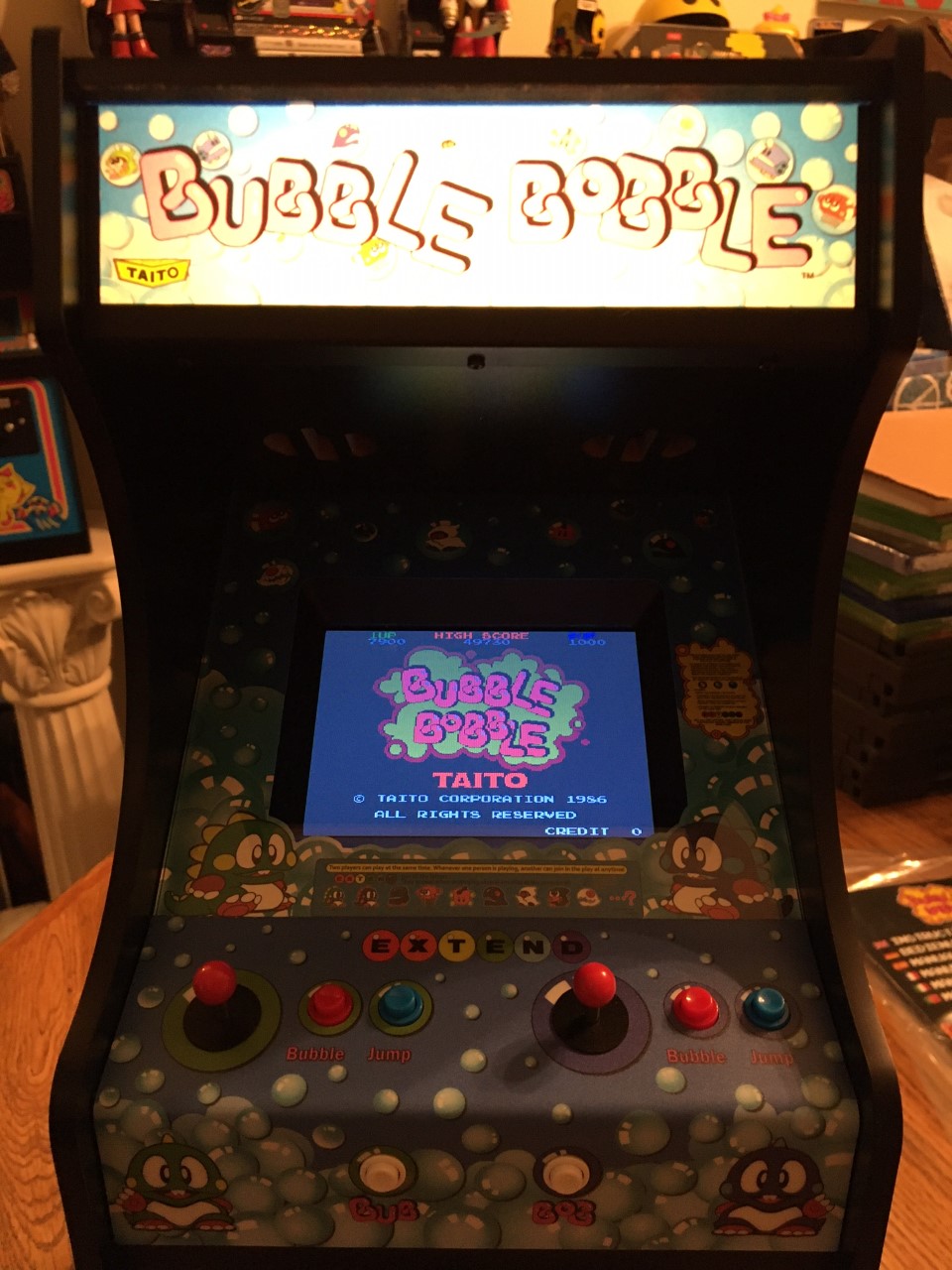 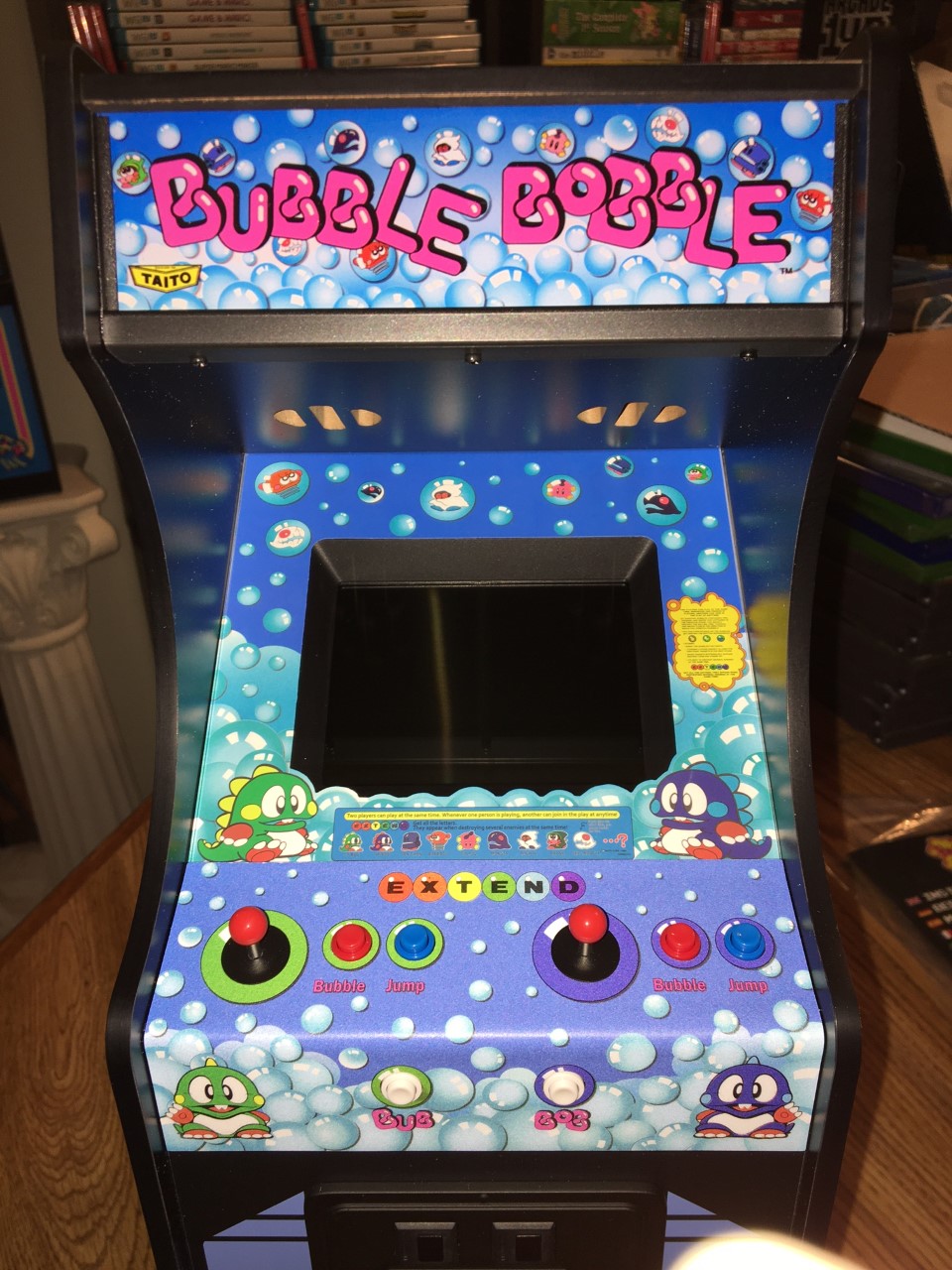 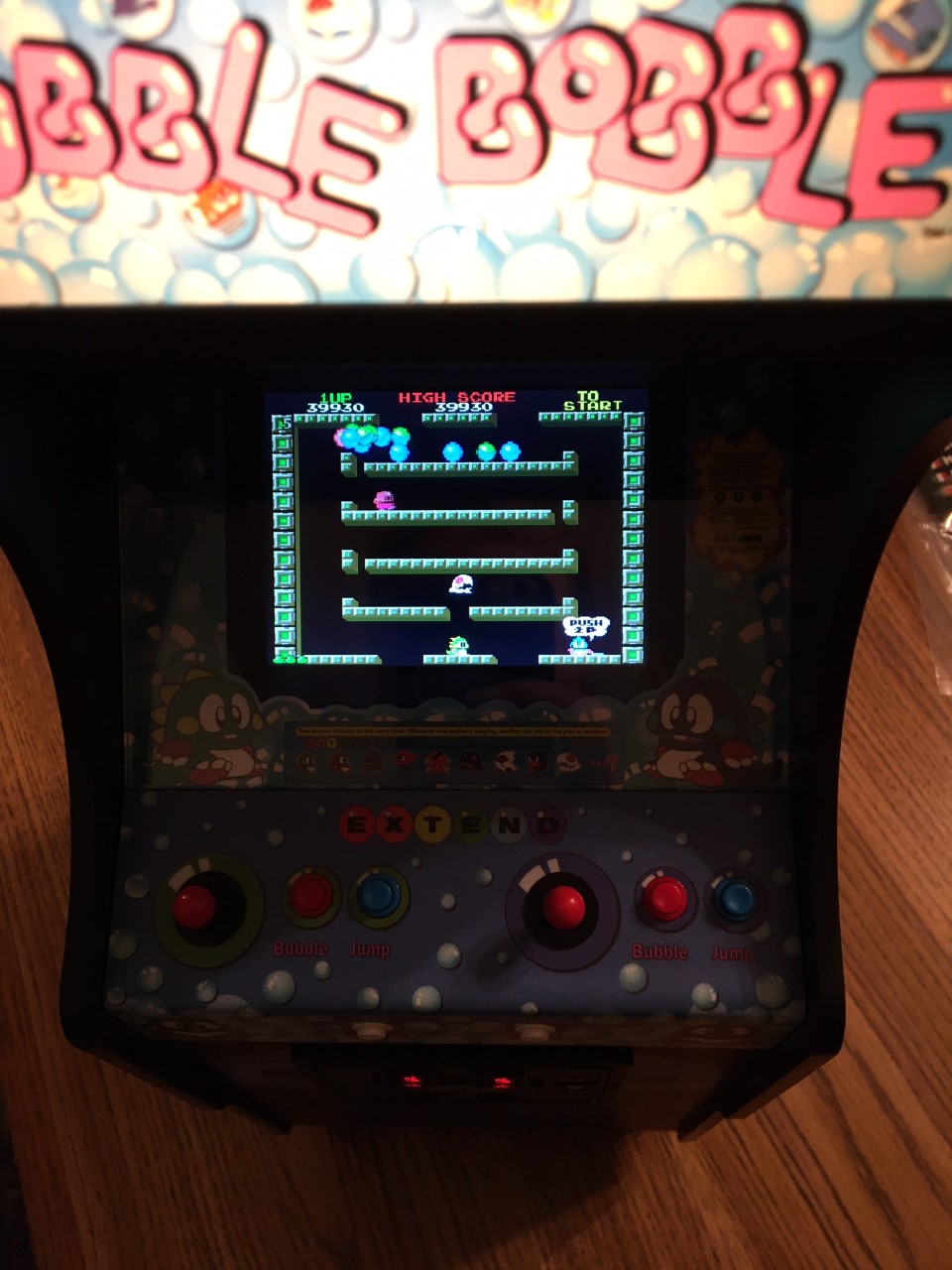 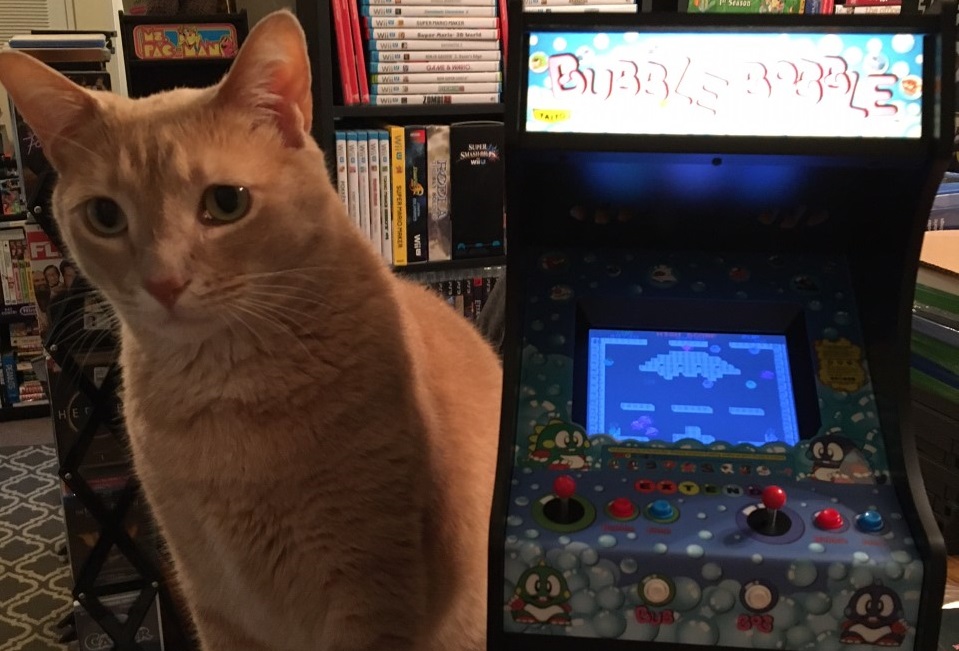 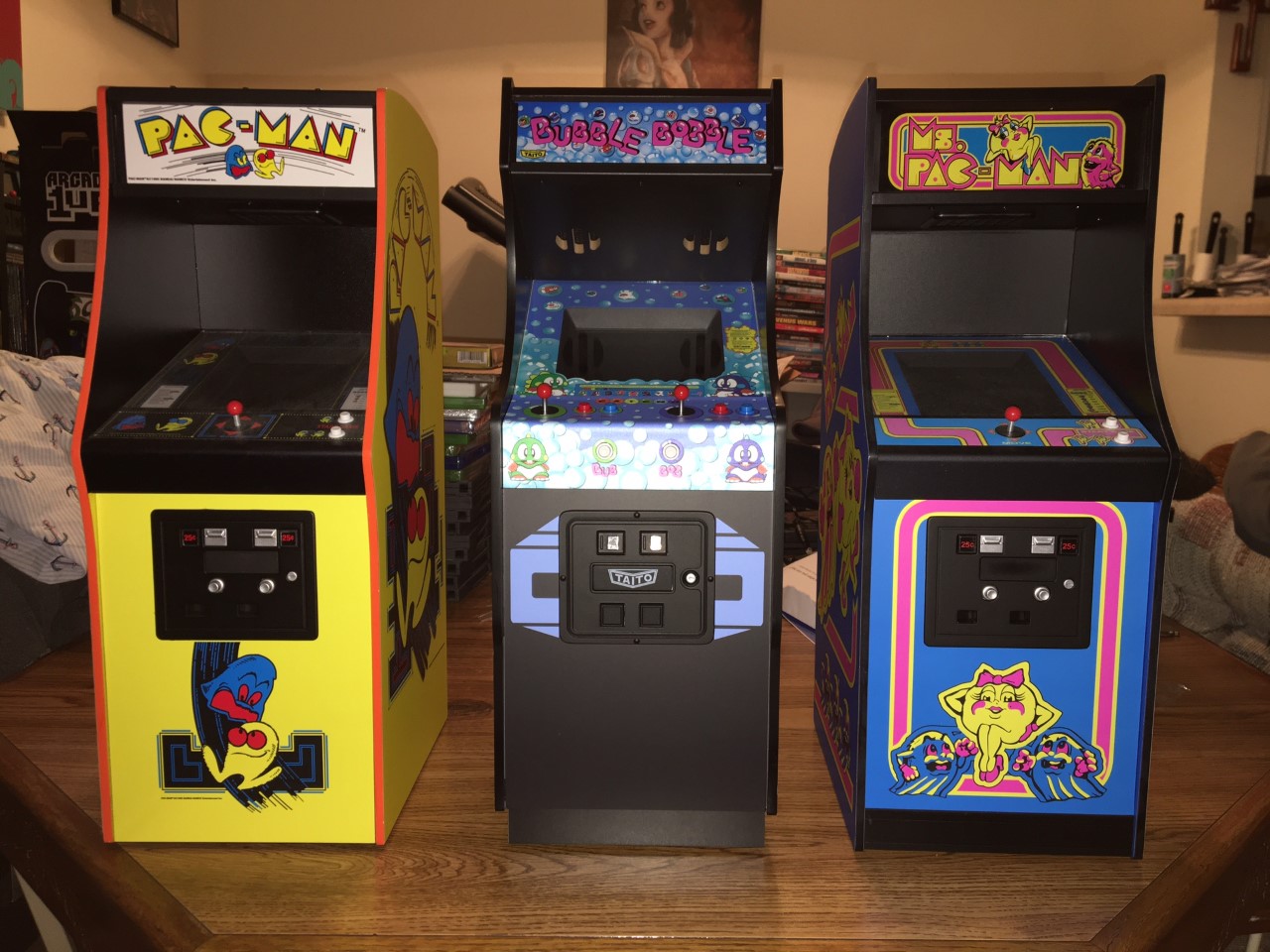 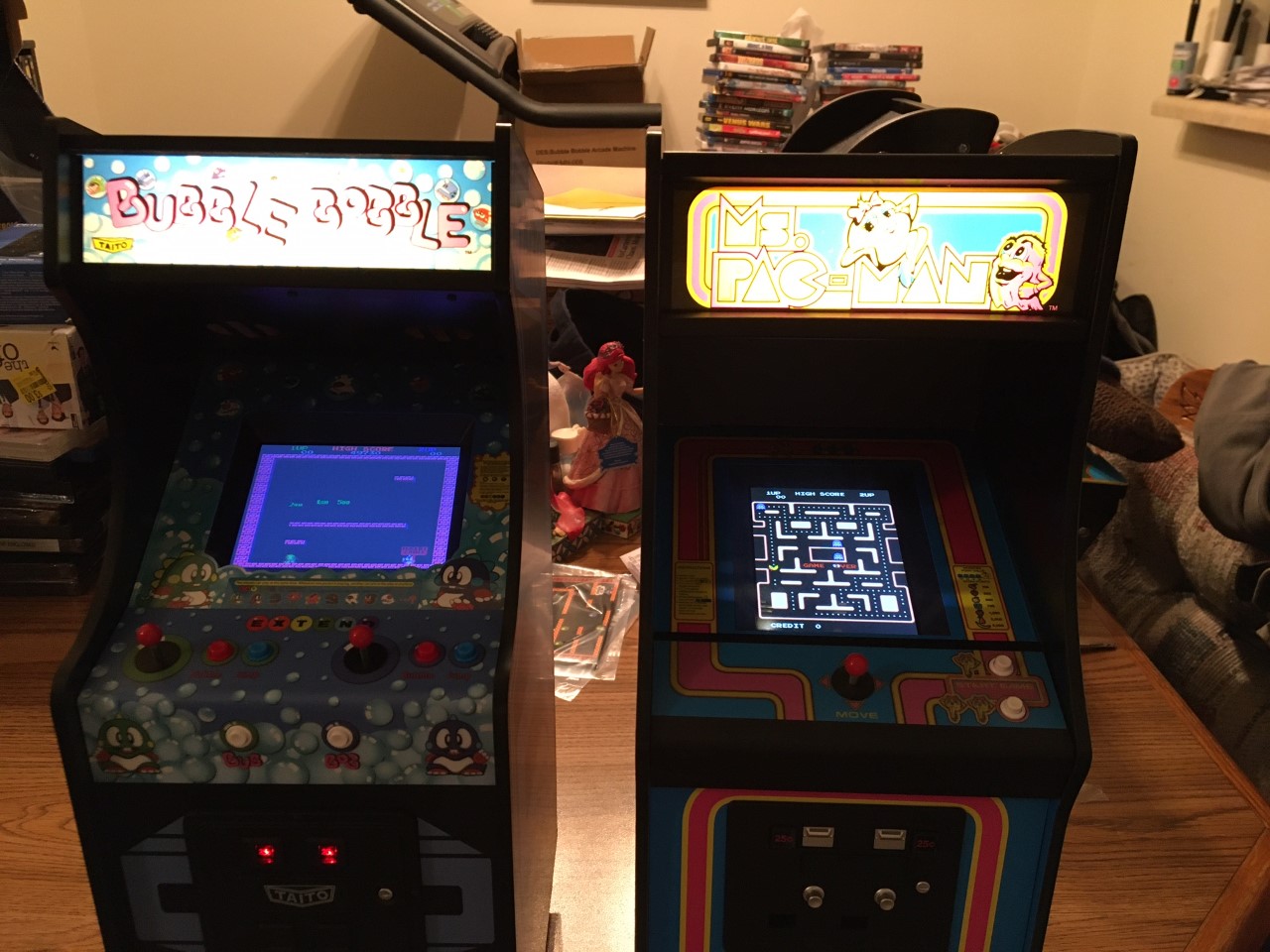 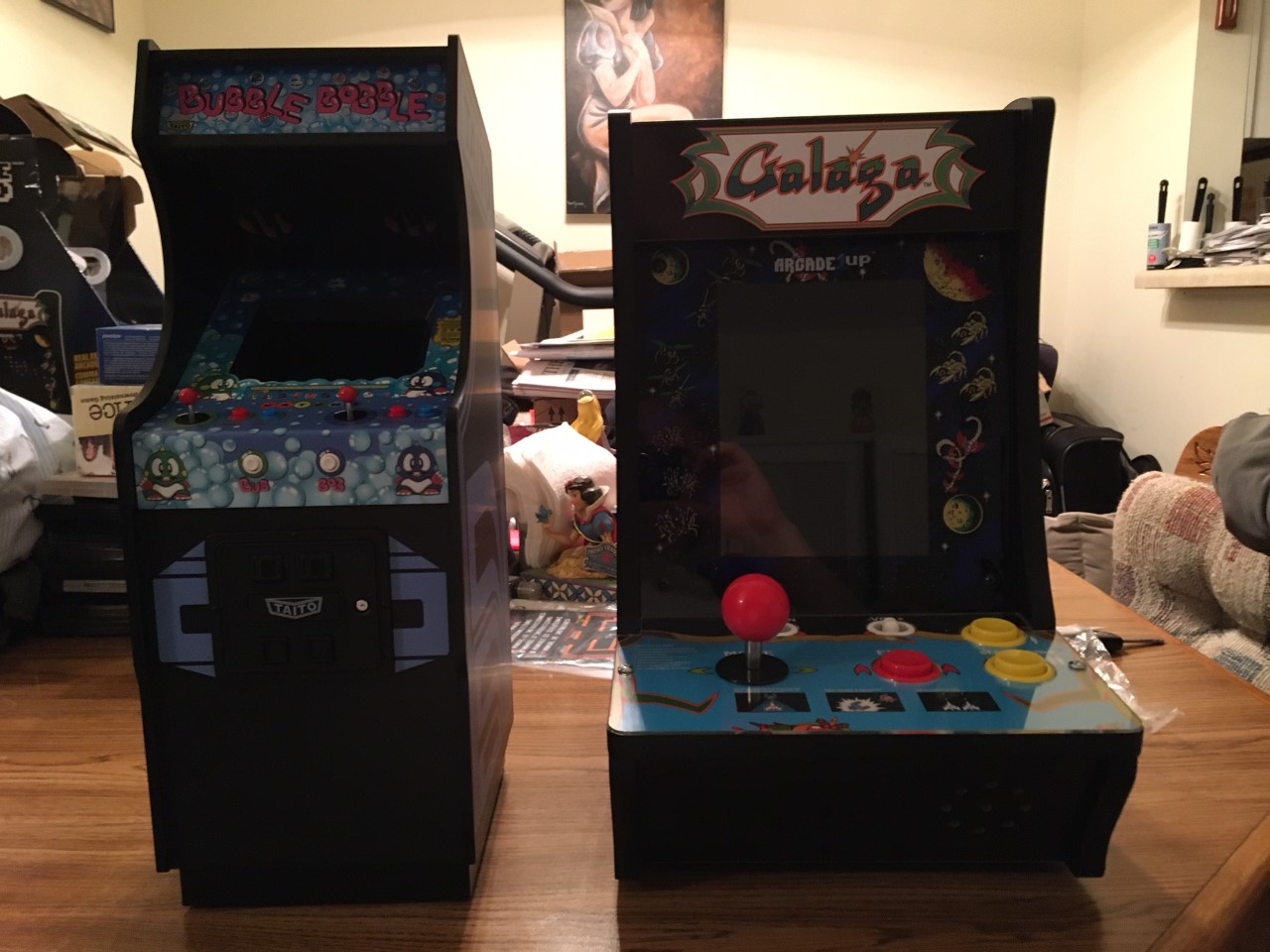 Thus concludes my mini-tour of my many, miniature systems! I hope this helps, or at least informs, those curious about the Quarter Arcade line. For people with limited accomodations, machines like these make a fine alternative to the bigger options out there, and their faithfulness to the original designs make them both excellent art pieces and fun conversation starters.

Numskull's website is here for those curious to see what these blokes are all about!