When I was around 8 my family got a Gamecube for Christmas. Naturally, we played a bunch of Melee because Smash with your siblings is super fun. After the dust settled I got to dig into the game that was bundled in with the Gamecube, The Legend of Zelda: Collector’s Edition. This game was my first experience with the Zelda series. The Collector’s Edition had Zelda 1, Zelda 2, Ocarina of Time, Majora’s Mask, and a 20 minute demo of Wind Waker. As a kid I didn’t get too far into the NES Zelda’s, I think I beat the first dungeons in both and then got lost and stopped. Most of my time was spent exploring the N64 games, since growing up we had an N64 but no Zelda games. In Ocarina of Time I managed to beat the first 3 dungeons as young Link, but got scared of playing the game once you get to the future with adult Link. I would watch my older brother play through the rest of the game and would play on his end game save file just to fight Ganondorf on my own.

My older brother wasn’t interested in playing Majora’s Mask for some reason so I would play that one entirely by myself. For some reason I was fine playing Majora’s Mask even though that game is much scarier than Ocarina of Time. Maybe I had beaten Ganondorf before so I figured I could do whatever was in this game as young Link. Unfortunately, the Collector’s Edition had some kind of save file glitch in Majora’s Mask. The game would randomly just freeze up and delete your save file. I played through the first dungeon so many times because I just loved getting to put on the masks and changing how you play. I even remember getting the upgraded sword from the Goron area and then have my save file deleted shortly after. I only managed to get up to just before the Stone Temple dungeon before the game would glitch out on me. It felt amazing finally getting to play the Stone Temple dungeon when the 3DS remake came out. I had the first couple dungeons memorized and finally continuing the game over a decade later, only to get to one of the coolest Zelda dungeons ever was so fun. The Collector’s Edition would be my only Zelda experience until my favourite in the series, Twilight Princess, came out. Even with their low poly graphics, the N64 Zelda games were just so amazing at pulling you into their world. The engrossing environments is something every game in the series has managed to nail, and I can’t wait to explore the next one Nintendo puts out. 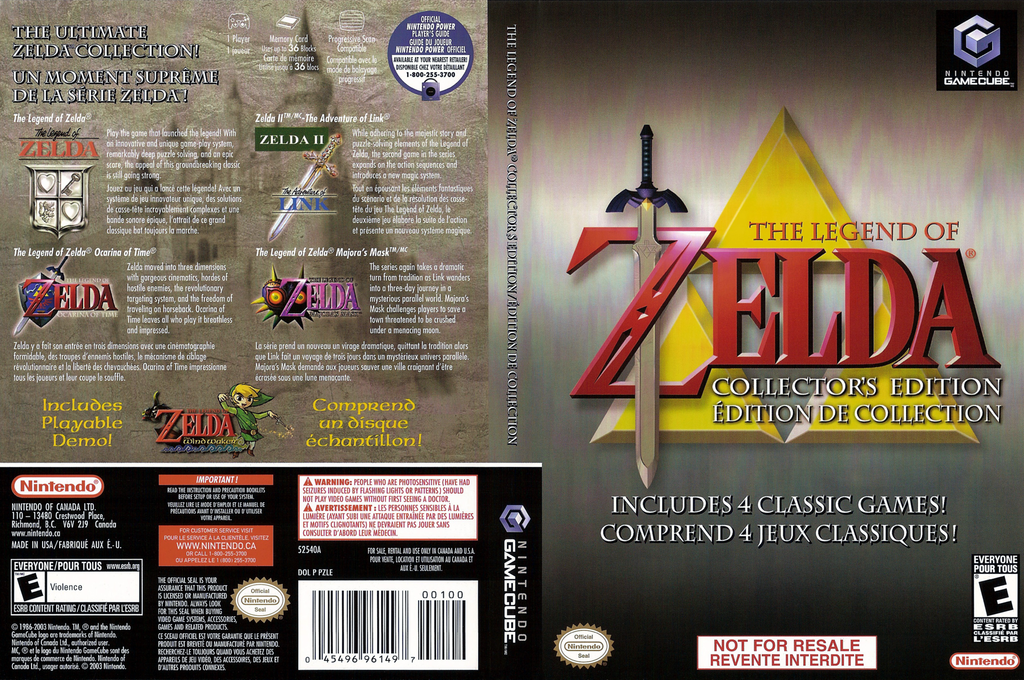