Beyond being a personal shit-show of a year, 2020 was also the year of Trails for me. This was the year where I finally dove back into the series by playing 4 whole games and went through the first two games again by having a friend of mine stream them. Some would say that's more Trails than is healthy to consume in a year, but I made it work. Barely.

It all started with the completion of the excellent fan localization of Trails From Zero by Geofront at the beginning of the year. These guys have been at it for years trying to right the wrong that is the Crossbell duology not being officially localized. Until they were done with Zero, just thinking about those games and not being able to play them made me so sad and frustrated. Now, having played them both (thanks to a half-shoddy draft of Trails From Azure that predated the soon-to-be completed Geofront localization), they're at the top of my list in the series. Hell, Trails From Azure is probably my favourite game in the series as of now.

After shotgunning those games back to back, I made the decision to hold off on Cold Steel III, since I knew it had a legendary cliffhanger waiting for me and I wanted to avoid burnout. But when IV drew near, I popped it in. And man, was it a great to be back. While I'd say the Crossbell games are better than CS3, one thing they didn't do was move the series forward in time, as they run parallel to CS1 & CS2. CS3 was the first time since the start of 2018 that I've gotten to see the series move forward properly.

It was so exciting to see returning characters age up, plus the bonus of having my Crossbell playthroughs pay off immediately. The updated engine, the new characters, the updates to combat, it was all such a rush. Of course, that rush made the proverbial brick wall that is the ending hit all the harder. But unlike those poor fools who played the game on release, my game of the year was just a few days away.

The Legend of Heroes: Trails of Cold Steel IV 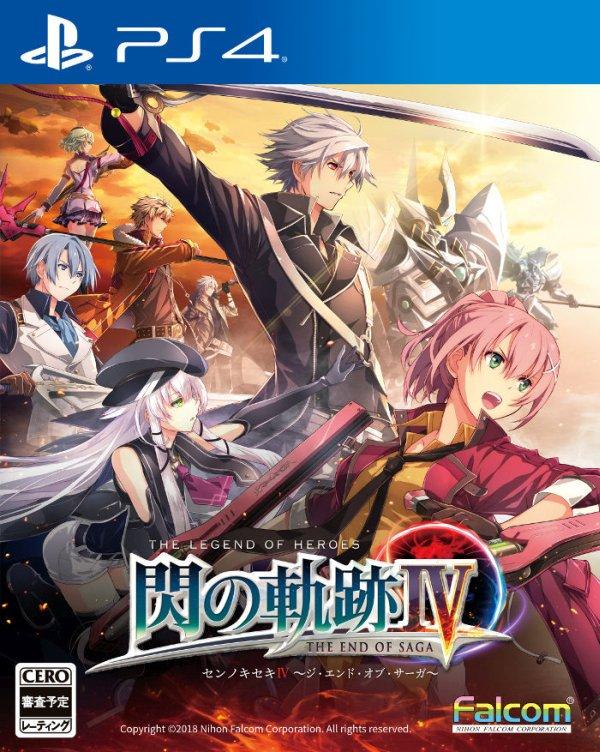 Talking about the 9th game in a story-dense franchise that has to resolve a cliffhanger without spoiling the shit out of it is close to a fool's errand, but damn it if I'm not going to give it a try. No promises though. The only way you'll be able to be completely safe is to allocate the 450-500 hours needed to catch up with me!

After burning through CS3, I was close to series fatigue, but CS4 (much like CS2 before it) turns the previous game's formula on its head to keep things fresh. While the game's framework is still predictable in certain parts (not to mention poorly paced if you're just there for the big plot beats), I found it really enjoyable.

The game gives the new characters the spotlight while also going out of its way to give closure/lip service to EVERY SINGLE NAMED CHARACTER I CAN THINK OF. While cowards would cut characters for time, Falcom doesn't abandon anyone (ok, they left out two people, but those two are bound to be given screentime next game) who can add to the proceedings, no matter what it does to the pacing. This includes characters going back as far as the start of the series way back in 2004. As a result, there are dozens upon dozens of playable characters, each of whom I could give a brief backstory and motivation summary of.

The whole game is just an exercise in excess, which is bad to a degree, but damn if it isn't satisfying to have one single franchise that goes the distance, sticks to its guns and tries to tell a properly detailed epic without holding back in order to run in circles or reboot itself. I think Trails is a series that's actually like what people hope/fear/assume/wish Kingdom Hearts to be. While it still falters from time to time, it needs nowhere near the amount of asspulls per game that Nomura needs to keep Kingdom Hearts going and doesn't just appeal to emotion as a crutch.

The theme of Aster does tug at the heart strings though. And I haven't even listened to the associated audio drama yet!

Now then, let's go over some negatives before I lose myself gushing over the good stuff. As previously mentioned, the pacing can be murder, especially if you dedicate yourself to talking with NPCs as much as the game wants you to (some NPC stories are very fun), as there is now a proper checklist that tells you when there's new dialogue. And there's a looooooot of dialogue.

So much so, that the localization really suffered. I think the sheer scale of the text really brought NISA to its knees this time. CS3 had a like a single typo left when I played it after it was patched up, so it was jarring to play CS4 on release, as it was pretty rough. There was the digital pre-order fiasco, text boxes scaling poorly, typos everywhere, not to mention that a handful of characters were recast (probably due to the pandemic). I really hope they can get out that patch soon.

Something that won't be patched out are the bad habits brought out to their fullest with this game. As the fourth Cold Steel game, it's the pinnacle of all the weeb shit that plagues the sub-series. You've got a lame harem bonding system that undermines inter-character development, characters nonchalantly pushing for incest, some uncomfortable age gaps and less than ideal homosexual/bisexual representation that I think is just meant to be a joke and little else.

Can't say anything bad about the wizards over at Falcom JDK and their music however.

Writing all that out makes the game sound terrible, but there's so much else to enjoy, like character arcs culminating, teased boss fights finally happening, important lore getting dropped and rivalries ending. Still, I very much hope all this was kept for so long due to momentum and isn't here to stay. I've heard good things about the newest game and its new writers, so hopefully the series will better itself in this regard.

Still, I can't properly explain just how good certain plot beats are in this game. Once all the groundwork has been laid down, shit goes off the rocker in the best possible way. I particularly loved the "Fragment" part of the game, where for the first time in the series a vocal track gets used in-game. That moment really solidified why I love the series so much. You do your homework, get invested in the characters and down the line you get a really good scene where everyone does some cool shit together. And the final boss is just ridiculous in its scope and ambition, even if it wasn't much of a good fight.

Another thing this game cemented is how optimistic this series is really is, in spite of all the angst that goes into it. To a fault sometimes. Much like Symphogear, another franchise I love, the Trails games believes in the best in people and rarely goes as grim as you'd sometimes want. That has frustrated me, but now I've just accepted that approach and started to understand why they go with it (aside from all the merchandise opportunities it brings). While it undermines the drama in parts, it's also really nice to have a series not lose itself in grimdarkness and leave you feeling happy and content at the end of a story arc. The way the epilogue in this game is handled is so heartwarming, especially for a long-time fan.

I'm excited about the series going forward. Hajimari no Kiseki ("Trails From the Beginning") seems really rad from the snippets and accidental spoilers I've heard. It looks to be another "epilogue" game like Trails in the Sky 3rd Chapter, which gives you more development on certain characters and sets up the next arc. Here's hoping it'll be out in the west by early 2022.

But that's not as exciting as the yet unreleased Kuro no Kiseki ("Trails From Dusk/Black"), which will kickstart the next arc. It seems to be a bit more focused and adult, centered around underground crime stuff, some kind of morality system and a smaller party. That'll make it an excellent counterpoint the Cold Steel games, which are kind of bloated and focused on school children growing up.

While I respect the hustle of giving the gigantic country of Erebonia its due, I don't think I could handle another arc like that so soon. And with the overarching plot being what it is by the end of Cold Steel IV, I can only imagine all the crazy shit that will go down in the next arc. If the series keep alternating between "relaxed" arcs (Sky, Cold Steel) and "serious" arcs (Crossbell) I think it'll be in a good place.

Whatever the case, I'll be there to see it. This series isn't for everyone, but damn if it isn't for me. Once it's completed, it'll be the stuff of legend. A legend of the heroes over at Falcom who release software of this quality year after year and the madmen trying to localize it before the heat death of the universe.

If nothing else, they'll continue to give us bangers such as these.