As an award enthusiast myself, reading lists where tops are listed is something I always enjoy. Most of the time, awards give nominees and then the winners without any previous order breakdown or whatever. Granted, most people are ok with this, and so am I to some extent, but I can't shake the feeling that those games that almost got their GOTY just stay there. Since 2011, my Retro GOTY Awards have been following this scheme where both runner-ups and winners share the spotlight, so that's why I now want to honor all of those runner-ups up until 2020. From Silent Hill 4 The Room to Ghost Trick Phantom Detective, the following games were almost awarded Retro GOTY in the year I played them, and for good reason. 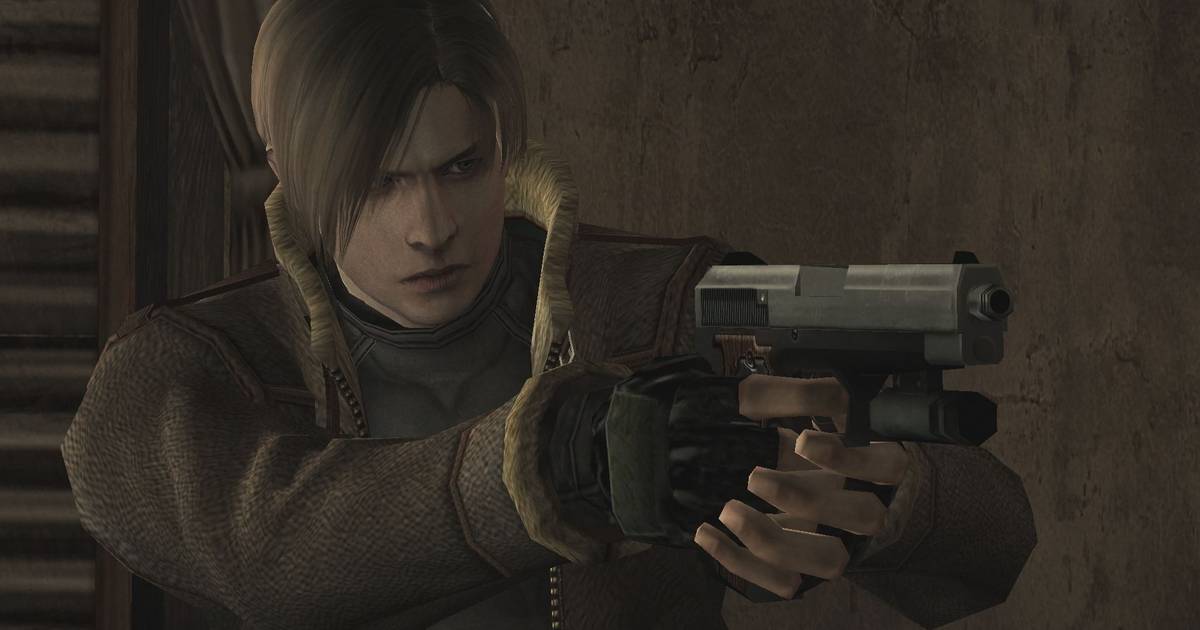 Having played this game the year before on PC, I was more than happy to see how those framerate issues and other technical flaws weren't there. Sure, this is not the best console version to play this game, but for the time I got to beat it many times and earn the most I could. Why was it 2008's runner up? Back then I wasn't that versed in gaming and let my inner fan do the maths. Luckily, Persona 4 arrived and since then, I grew to appreciate new franchises, genres, and better review games.

If I remember correctly, that year I played four Final Fantasy titles being those I, II, and X but none had me playing to my heart's content like this one. Seriously, this game has to be the closest I'll ever get to playing an MMORPG of any sort, complete the most quests, and the thing I thank Balthier and company the most: traversing and grinding through an open world. Back then, its ending had me doubting if FF12 had won my Retro GOTY but as I was debating Metal Gear Solid 3 had me praising every inch of the game. To this one thing has changed however, Final Fantasy XII is my 4th favorite one in the series, and I would love to have the time to play it again. We need more games like this one. There, I have to say it. Okami was sold to me as the closest experience I'll ever get to The Legend Of Zelda on PS2, but both the person who sold it to me and myself were wrong as this game is more than that. Even though Okamiden tried to replicate its charm on a portable device, it just wasn't the same. Clover did wonders with Japanese culture here, both offering an experience true to its roots and appealing to many without being too anime or something like that. Those boss battles, the gameplay, and that touching ending had already convinced me, but it was the humbleness and weird approach of Radiant Historia which had me playing for hours without rest. Still, Okami is that game we get once in a lifetime. 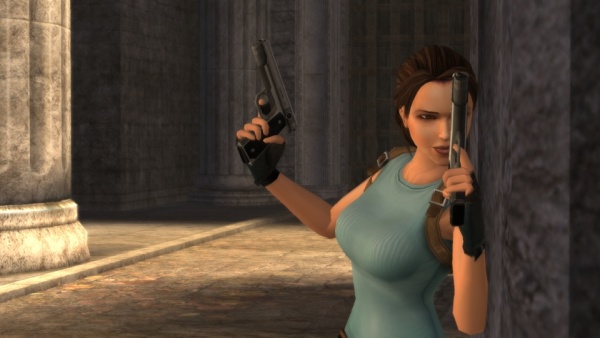 This one is a short one. Klonoa Door To Phantomile was my Retro GOTY, and there were only three games played that year, this one's sequel and the already mentioned runner up. As I was getting used to commuting and the university, I needed to play short games. Lunatea's Veil could have been there, but Tomb Raider Anniversary got me playing a game out of that series, one I had zero interest in. I played the next reboot but Anniversary has this something I can't quite explain.

Unpopular opinion here: this is the best Silent Hill game there is. I played through its two predecessors in a row and this game was a breath of fresh air and one that scared the hell out of me multiple times. I am happy it got released as a Silent Hill title and not as a spin-off one. This is not to say it wouldn't have worked but it helped the namesake deliver a spooky farewell before going into anything but horror. As a bonus, I owe this game and 2013's Retro GOTY Fatal Frame 3 my thanks for having helped me to overcome my fear of the supernatural as I was very easily scared. A movie based on this would be fun to watch, but bearing in mind how Silent Hill has been made in movies, this game is better left untouched. 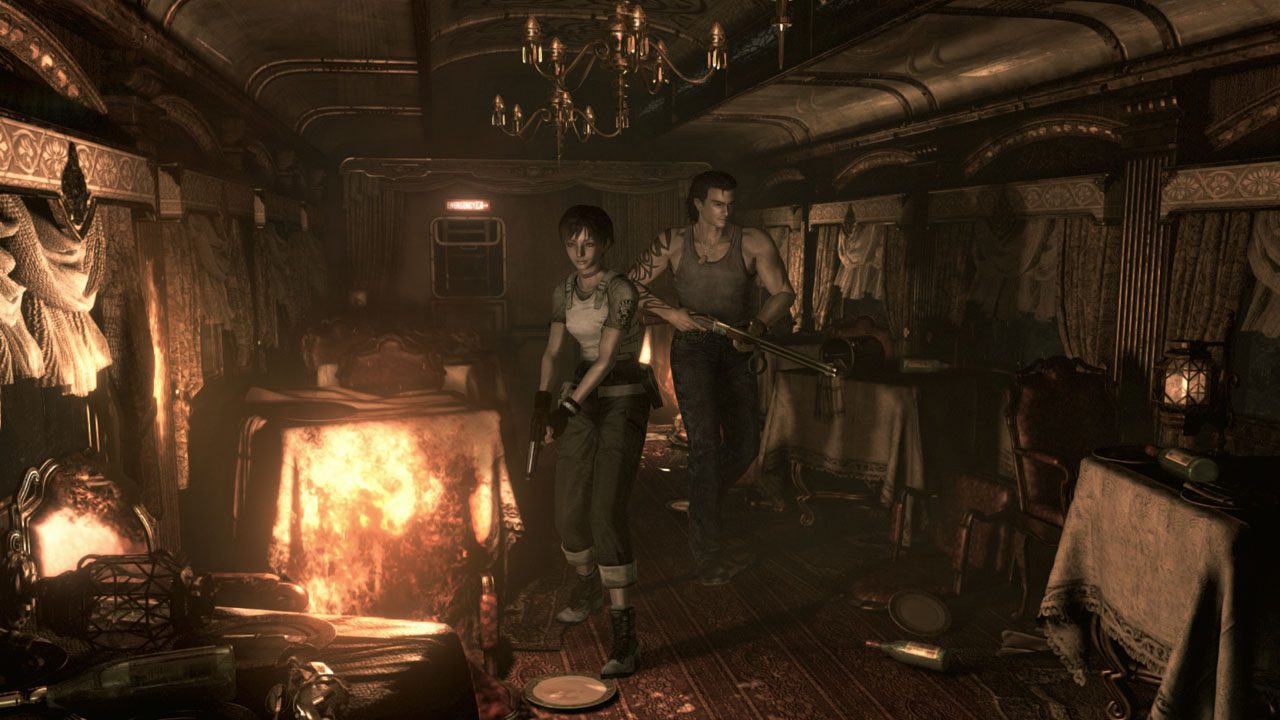 Taken from my Top 10 Wii Games: "A very unpopular opinion: this game deserves more credit. Not only it feels like Capcom wanted to create a realistic inventory system (as messy as it can be at times) by dropping items wherever you want and that both characters have their ups and downs when controlling them. Such addition made the game actually revolve around how their uncommon partnership actually helps them find a way out of the nightmare they fell upon. Its story can feel off mid-game, but I'm glad Resident Evil 5 expanded upon what this game introduced as of the origins of the progenitor virus. It's a graphical marvel with risky design choices not for everyone." Onimusha Dawn Of Dreams won by delivering a lengthier campaign. 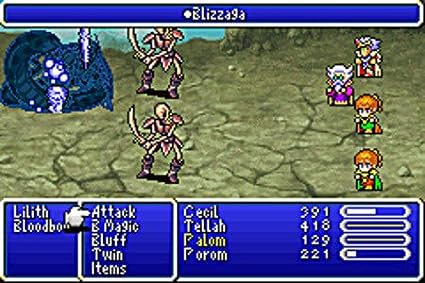 Guess that this game being here confirms my liking of old games and stuff. Nonetheless, what Final Fantasy IV brought to the table is to be talked about in gaming books. ATB battle system, engaging story, and characters we can all identify with for a 1991 game. For starters, that a 2D game even got to this point is something else, not that 2D of 3D matters anyway. It just goes to show that when a game is done beautifully it is well received by players. Such is my love for this entry that I added its Nintendo DS remake to my backlog to relive old memories and listen to those characters who gave a good script to follow only to be beaten by The Legend Of Zelda Skyward Sword.

The Legend Of Zelda A Link Between Worlds 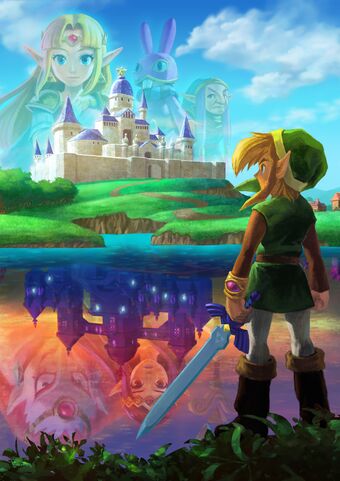 Fun fact: in 2016 the roles were inverted between the runner-up and the retro GOTY. While Zelda took the crown in 2015 leaving Final Fantasy in second place, 2016 saw a switch allowing Final Fantasy IX to be the winner and Link's 3DS original adventure next. As someone who didn't like A Link To The Past much, this one felt like the full version of said game with even better production values and freedom to the player, which wasn't common for games in the series before Breath Of The Wild. Technically, this game won by counting the number of nominations it got, but that year saw me finally playing Final Fantasy IX which had been hyped for so long without letting me down one bit. 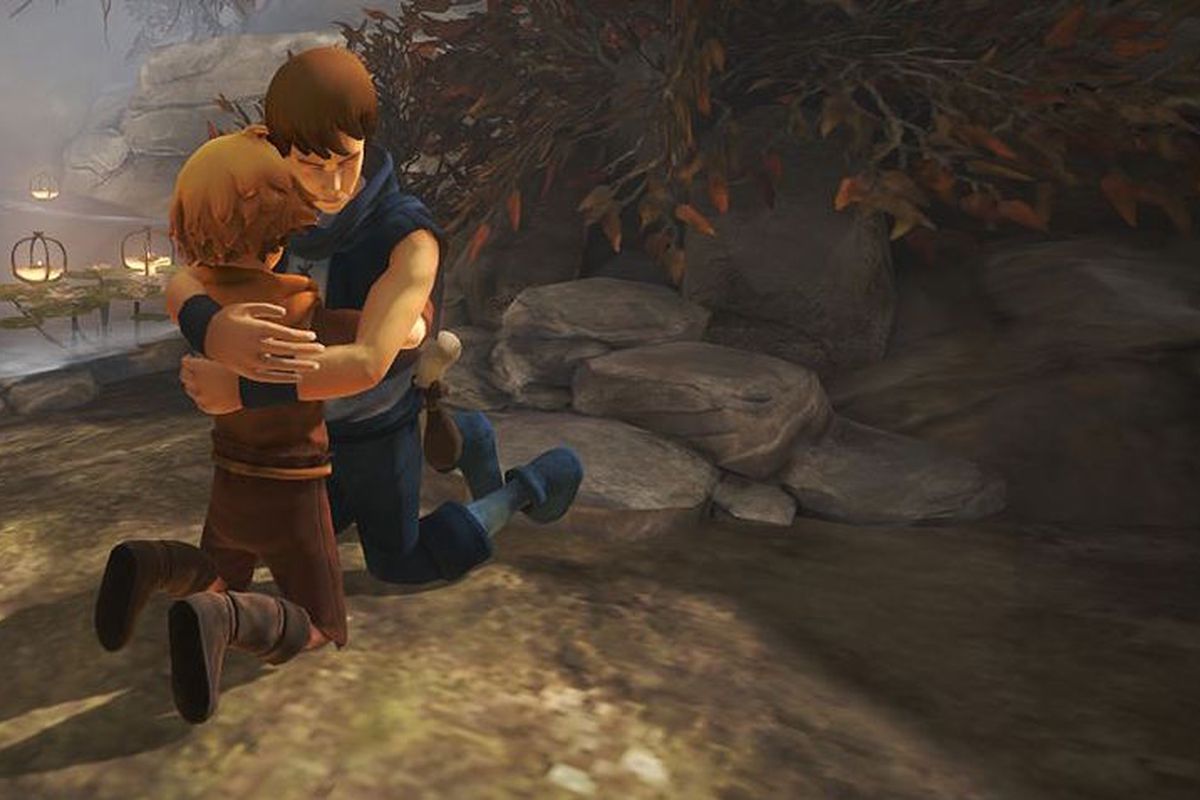 Taken from my 9 Top Video Games Of The Decade: "The finding of this game is a mixture of many things: a game to beat within a few hours, a need to play an indie release, and the will to try something new. I thank all of the above mentioned for introducing me to a game that reminded me how fragile one really is when presented by a touching story. A fable of sorts, Brothers is a game I hold personal to me as it made me realize many things I thought I had forgotten while bringing lots of emotions in me. Darn it, it even brings tears to my eyes.". Independent games rock to the point of being right there with giants like Persona 5 which ended up winning that year in my book.

The Legend Of Zelda Spirit Tracks

There is something with some Zelda games in me: I don't seem to enjoy or appreciate the ones most people love, but it's the exact opposite with the less praised ones. Skyward Sword is my favorite Zelda game to this day, and Spirit Tracks is my favorite out of the Toon Link trilogy. Perhaps what made me love this game was the ability to have Zelda as a companion while venturing through a story unlike the series was used to. That plus the flute mechanic that had me blowing and whistling when I never learn how to do the latter in order to continue the game and listen to a good soundtrack was a nice touch. This year marked the second time a handheld game was right there with a console one in the GOTY race with Skies of Arcadia winning as the extraordinary game it is.

A new genre for me - puzzle - marked a fair amount of my gaming time in 2019 with this one. In said year we had these blackouts leaving us finding solutions as to how to spend our time, and this game was right there waiting for me. I spent a lot was playing through it had me thinking a lot as I was new to the genre but in the end, its narrative, soundtrack, and lasting appeal kept me going while delivering an experience worthy of all the time I gave to the game. Persona Q2 New Cinema Labyrinth won for improving upon its prequel but Ghost Trick tricked me into something big. 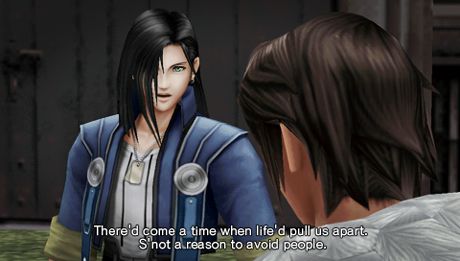 Taken from my review of the game: "Dissidia 012 Final Fantasy is that game fans of the series didn't expect but at the same time, didn't know they needed. Take it as an homage to one of the most enduring Role-Playing game series to this day, as a fighting game that challenges and rewards you big time, or as another Final Fantasy game that lives up to its namesake, spin-off or not.". 2020 had me deciding between two handheld releases with Metal Gear Solid Peace Walker taking over.