The Best RPG (I never played)

Tabletop RPGs are one of those things I generally admire from a distance. I only ever tried one once, back in high school, and it wasn't great. At least, not for me. It was Dark Heresy, a Warhammer 40k spinoff. I never played the main wargame, and didn't know much about the universe/lore in general. I was really just along for the ride. I think the other guys had fun though.

It still stuck with me. It was interesting to see how the game was like and unlike video games. Dice are just an RNG without electricity, and HP isn't anything new. But other things were new. How events evolved on the fly. How the rules and the GM limited and guided what the players could and should do. And for a little while I even tinkered with attempts to build a ruleset, as a way to explore how different actions and character qualities can be represented by paper and dice.

Along the way I also looked up information about existing systems, and learned about how Fallout was gonna be GURPS before it became SPECIAL. And how GURPS itself is setting-agnostic, in a tradeoff between flexibility and specificity. How race/class listings organize and balance different types of PCs. And how different combat models are built, with different turn structures and equipment options.

And then I found Risus.

Risus is different. Risus changed me, even though I've never actually played it.

In some respects, it's the antithesis of tabletop RPGs as they exist in the public consciousness. No ten-pound rulebook or funky nerd dice. (It's okay, I like funky nerd dice too.) The rules fit on a few pages, available as a free pdf here, and only ask for standard six-face dice. It doesn't take itself seriously, and directly asks that you don't either.

That makes me a little sad, because it kinda makes it a harder sell for established tabletop gamers. If you're used to Pathfinder or DnD or Call of Cthulu or whatever, a free* joke game your friend found on the internet feels like a downgrade. It's not a "real" RPG.

*There is also a 60-page "Companion" book available for $10 USD that dives deeper into the game's design philosophy and has some optional rules and tools. It's not necessary to play the game, but it's very helpful. 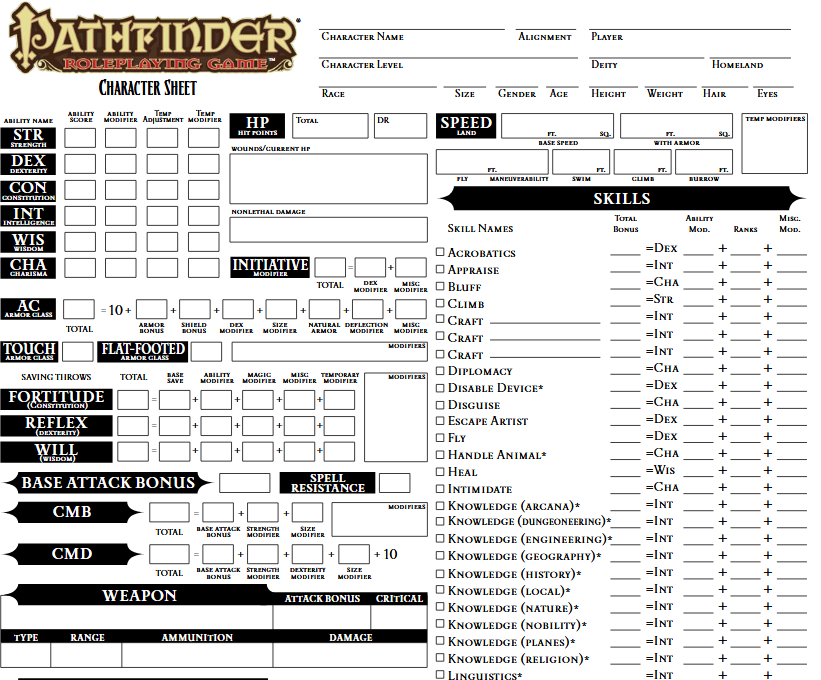 Here's a character sheet for Pathfinder (Yeah, first edition, deal with it). Or rather, the top half of the first page of the character sheet. It's the most important part, where all the base stats are. The weapons form and the Skills list continue down the page, and the second page (or back side) has other Gear and Feats and Spells and other note-taking things.

Here's the example character in the Risus ruleset. That's it, that's the whole character sheet. Or, character card, I guess. Everything about Grolfnar is contained in that box, and extended contextually. Pathfinder has a checkbox for "Knowledge (Geography)" and some blanks to fill with math in order to quantify that knowledge. Risus makes it a judgment call. As a Viking, Grolfnar has navigated by sea. He's seen maps, he knows the rough shape of the world. He would reasonably have some geographical knowledge.

I love this. It's straightforward and accessible in a way that Pathfinder isn't. When someone makes a character in Risus, they don't have worry about the differences between Intelligence and Wisdom. They don't have to weigh the consequences of each Skill in a rulebook that they may not fully understand. They simply have to have a clear idea of who their character is.

There is a modicum of points-budgeting, in that dice are assigned to the character's defining "Cliches." Cliches are Risus's version of a class system, with skills/gear/etc sort of rolled into it. They can be basically anything, from "Barbarian" to "Overconfident Ace Pilot" to "Socially Inept Internet Geek." They simply define who you are, and what you do. And when you attempt an action, you roll dice for it. However many you've assigned to the relevant Cliche. Grolfnar rolls 4 dice when doing Viking stuff, and 1 die when doing Poet stuff. Whatever stuff that happens to be in the moment.

It's easy to dismiss this idea. A cliche can be whatever you want, but no matter what you pick, the dice don't change. A Viking(3) and a Ninja(3) don't have any tangible difference. You do a thing, and you roll 3 dice. By trying to be everything, a cliche ends up being nothing. This is a reasonable reaction to have, but there's two key reasons that I think it's wrong.

First: it matches the anatomy of a well-defined character. It's a class system, yes, but one that works less like Skyrim or Diablo and more like Star Wars or Breaking Bad. 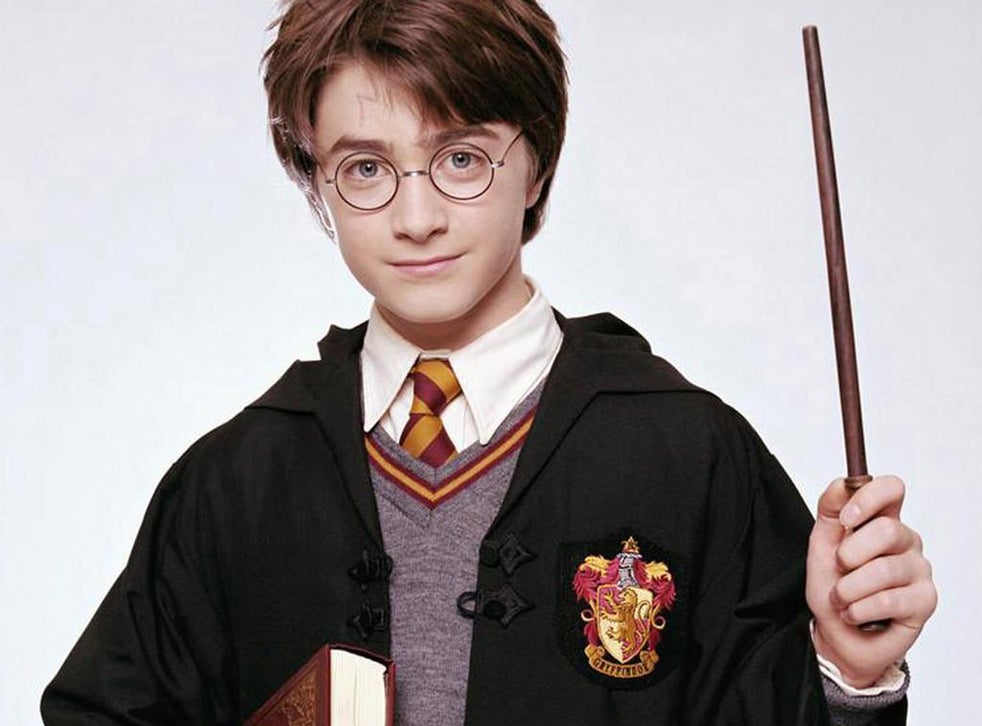 As an exercise, assign Harry Potter a character class. Wizard, right? That's sort of his whole deal. "Yer a wizard, Harry." But even though that's accurate, it's far from complete. That's not his WHOLE deal. He's the Chosen One. He's a Sportsball Prodigy. He's also an Abused Child, and a Trust Fund Baby, and when you roll all those cliches together, you don't get Gandalf. You get Harry Potter.

Most RPGs would settle with classifying both Gandalf and Harry as Wizards for stats purposes, letting the player specialize in different magics based on their different histories, and just think about the other bits off-page. Risus makes each of those building blocks game-relevant, and in doing so, requires the player to actually act in accordance with them. Roleplaying is directly baked into the rules. You can take whatever actions you want, but they have to be chosen through the lens of your character's Cliches. 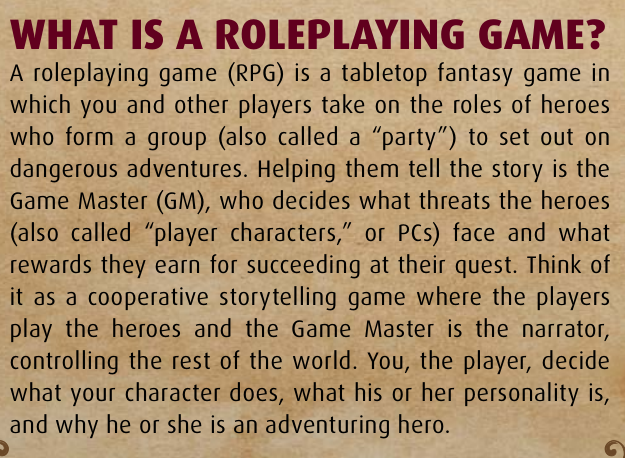 Second: Character classes don't actually need strategically interesting rules differences. This is a bigger claim, but I'm standing by it. It's not necessary for an RPG to do that. Why do we even play RPGs? Or, I guess, why do YOU play RPGs? We established way up at the top that I actually don't. And if you don't either, why do THOSE NERDS play RPGs? Why are RPGs, as they say, a thing?

Because they're open-ended, freeform adventures that we go on with our friends.

These games evolved out of strategy games, but the heart and soul of them is social storytelling, and that means that when you get right down to it, the dice serve exactly one purpose: Dynamically limiting how much any one person, even the GM, gets to dictate the story.

Initiative rolls, damage calculations, ability checks, armor class, whatever, all these systems exist in service to that one goal. Risus trims the fat. 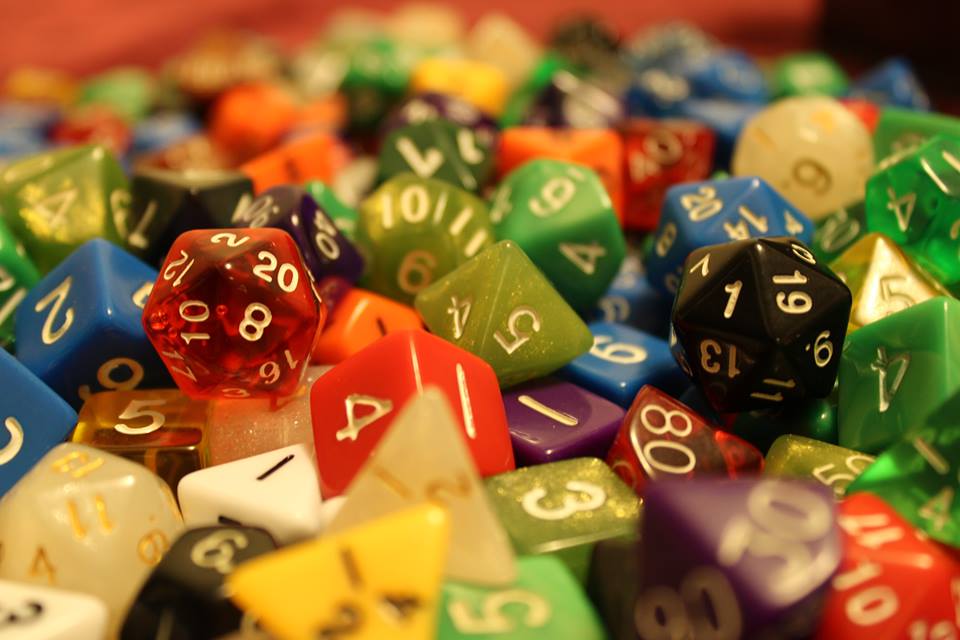 Before I found Risus, I wanted to find (and/or create) the perfect rules. The rules that could perfectly classify and codify characters and powers and items, and balance them properly in order to meaningfully support the infinite possibility space that RPGs provide.

But that's because I grew up with video games, and card games, and board games. Games that are made of rules. Tabletop RPGs have rules, but they're made of fiction. And Risus gamifies fiction more directly and more gracefully than anything else I've ever seen. It lowers the usual barriers to entry, and it approaches the goal of collaborative storytelling with such focus that it upended my understanding of the genre.

It's far and away the best RPG I have never played.