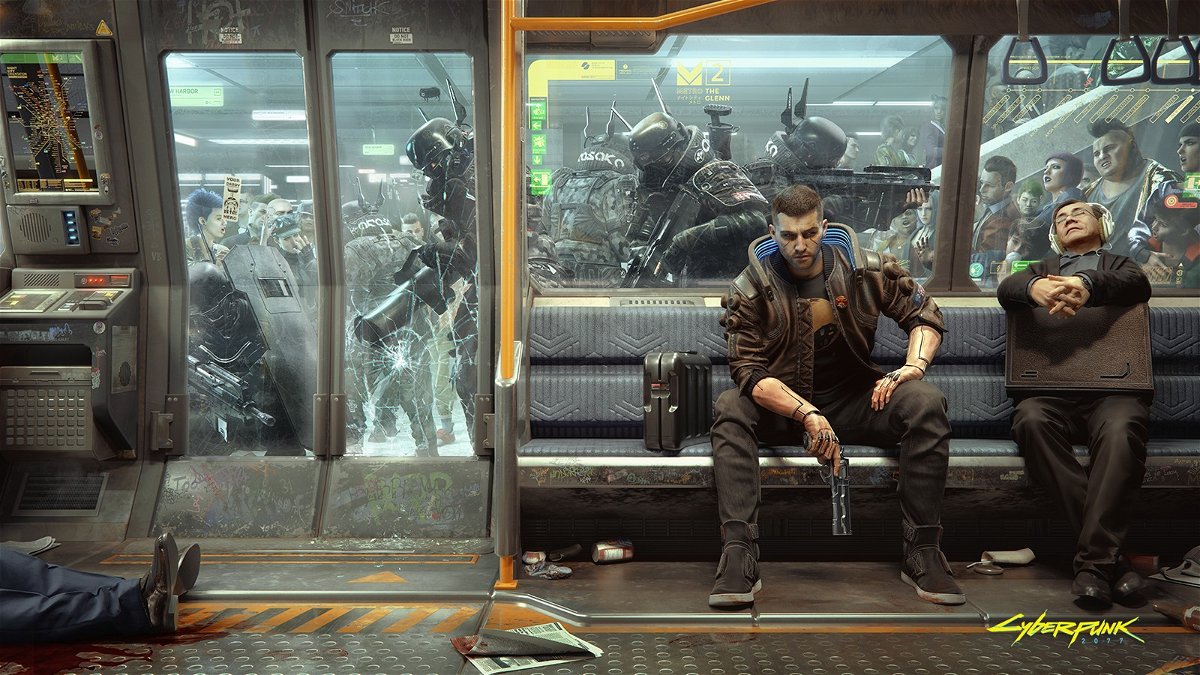 Cyberpunk worlds are beautiful, yet sinister.  Cyberpunk cities look beautiful from the outside yet are corrupt and dystopic once the curtain is pulled back.  Cyberpunk 2077 is a game from the outside looking in seems fantastic.  There is an interesting world to explore, inventive characters, and great music.  However, the further you peer into this game the more problems you will find.  Some are obvious, like the numerous glitches that plague this title.  Others are not as noticeable but are often just as frustrating.  I enjoyed my time with Cyberpunk 2077, but it is a mixed bag, and has many frustrating aspects that hold it back from being a great game.

The world design of Cyberpunk 2077 is striking.  Neon signs flood the streets, replacing your physical body with cybernetics is the norm, and monolithic corporations loom over Night City like a dark cloud.  Night City is divided into several districts, most of them unique and full of character.  The Northside district is gritty and industrial, Heywood is home to the Valentinos, and is filled with Hispanic iconography, and Westbrook inspired by east Asian cultures.  The southern part of the map, Pacifica, however, screams unfinished.  Supposed to be a once high-income area that was overrun by gangs and criminals, Pacifica instead is more akin to an empty Walmart parking lot.  What could have been one of the coolest areas is just empty, and I doubt that was the intention.

Unfortunately, many aspects games remind me of Pacifica.  Ideas that had promise at one point, but for whatever reason, were left unfinished and unfulfilled.  Though the world design is cool, the game undoubtedly suffers from muddy textures, insanely bad framerate while driving (especially on last gen consoles), crashes and an absolute busload of glitches.  The hotfixes did fix my crashing issues, and I was a bit luckier than most in terms of game-breaking bugs, but even still the current state of this game is unacceptable.   AI is horrible, and some of the worst in any open world game I have played.  Most NPCs living in Night City are extremely lifeless and have one canned line that will repeat when prompted.  They react towards gunfire by freezing in a squat position and then running away, with no logic to do anything else.  So many NPCs would stand in a T-pose, that I began questioning whether it was really a bug and not a trendy dance that everyone in the city couldn’t stop doing.  If you find yourself in trouble with the police, all it takes is to drive to the next city block to escape them, because their AI has pathing logic to follow the player.  This is a shame, because the actual characters encountered in the main quest are so interesting.  These characters have unique and emotive facial animations, and their personalities are lifelike and real.  I was always excited to start a new quest with Judy, Panam, River, or any of the other interesting characters I ran into during my time in Night City. 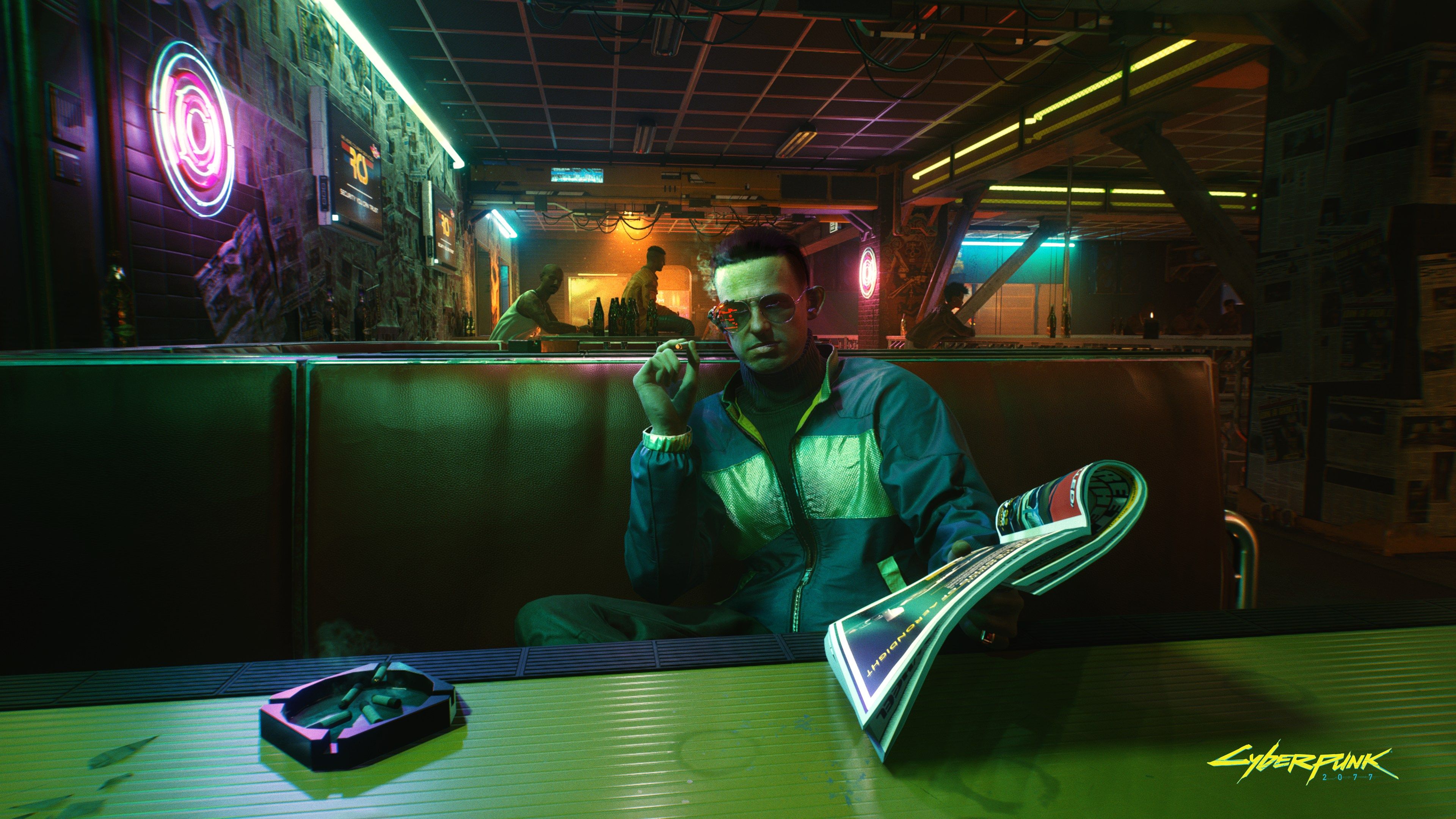 Many of these characters are encountered within the main quest, with several optional missions fleshing each character out. The main path is very good, and while I would have wished for a big more branching content, as there are very little branching plotlines which were a staple of the Witcher series, as a whole the story is told well and has more interesting characters than most open world titles. The side content in Cyberpunk is a mixed bag.  There are actual compelling quests that do a great job at fleshing out the world and make it feel alive.  For example, I walked into El Coyote, one of Night City’s more popular bars, and encountered two gang members harassing a drunk patron.  After I told them to lay off, one of the gang members recognized that I killed one of their fellow crewmates in another side mission and then attacked me.  I quickly finished the job, much to the delight of Pepe the bartender who told me that those two were always causing problems with his customers.  Pepe thanked me and asked me if I could help him out with a delicate matter.  He suspected his wife was being unfaithful and needed to find the truth, and with me having good rep on the street, he trusted me to handle this difficult matter.  It is threads like these where Cyberpunk is at its best, with quests and storylines seamlessly blending together to make the city feel authentic.

The side content is at it’s worst when you are not doing these missions, but instead the “Gigs”.  These are filler content where you are tasked with relatively simple objectives (kill this guy, steal this car, etc.).  These are basically the equivalent of bandit camps in most other open world games, so I will say they do a bit better than the competition variety wise.  However, what quickly becomes unbearable is the constant bombardment of new Gigs thrown at the player.  Especially during the early stages of the game, you will receive phone calls from local crime bosses informing you of each and every Gig that is available to you, even to the point where multiple people would often call me at the same time and talk over each other.  Starting out I would be getting calls from people I had never met, telling me to do things I had extremely little context regarding, and then I would have to try to put the pieces together in the extremely uninformative mission tracker.  The whole process was confusing and aggravating, and it was clear that the team had not put enough time in streamlining this process.  One confounding design decision that I am clueless as to how passed testing was the decision to mark every purchasable vehicle as a side mission in the quest tracker and map.  There was a point in the game where I had 5 actual missions available, and over 20 vehicle markers on my minimap, none of which I had any intention of purchasing.  Purchasing these vehicles is a complete chore anyways, as you cannot even see what the vehicle looks like on the mission tracker, and you must go through dozens of in game messages to find a picture of it, which offers the same thrills as diving through old work emails to find an old thread from 3 weeks ago.  It’s terribly designed. 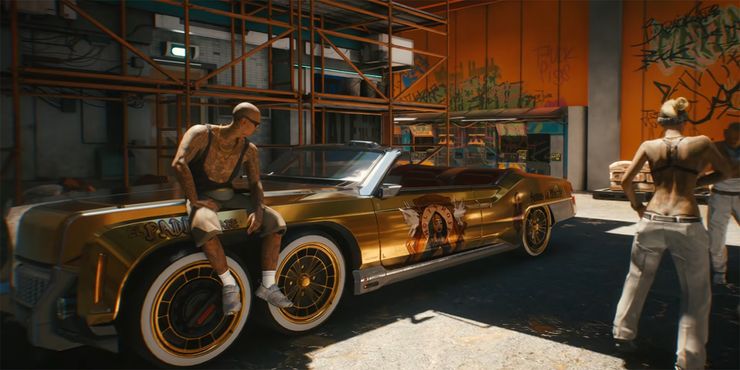 For anyone playing this game, I recommend purchasing a motorcycle as soon as you can and never looking back.  While driving cars in first person is cumbersome due to the poor field of view, driving a bike through Night City is incredibly immersive.  This coupled with game’s soundtrack make just going for a joyride an extremely fulfilling experience.  Each in-game radio station has music that is not only good, but something I found myself listening to sometimes when I wasn’t playing the game.  Every song is a banger.  Along with these stations, the tunes played while exploring the world or while engaging in combat perfectly encapsulate the tone of a dystopian cyberpunk world, with heavy electronic beats setting the stage for the action.  It’s probably my favorite soundtrack in from a game this year. 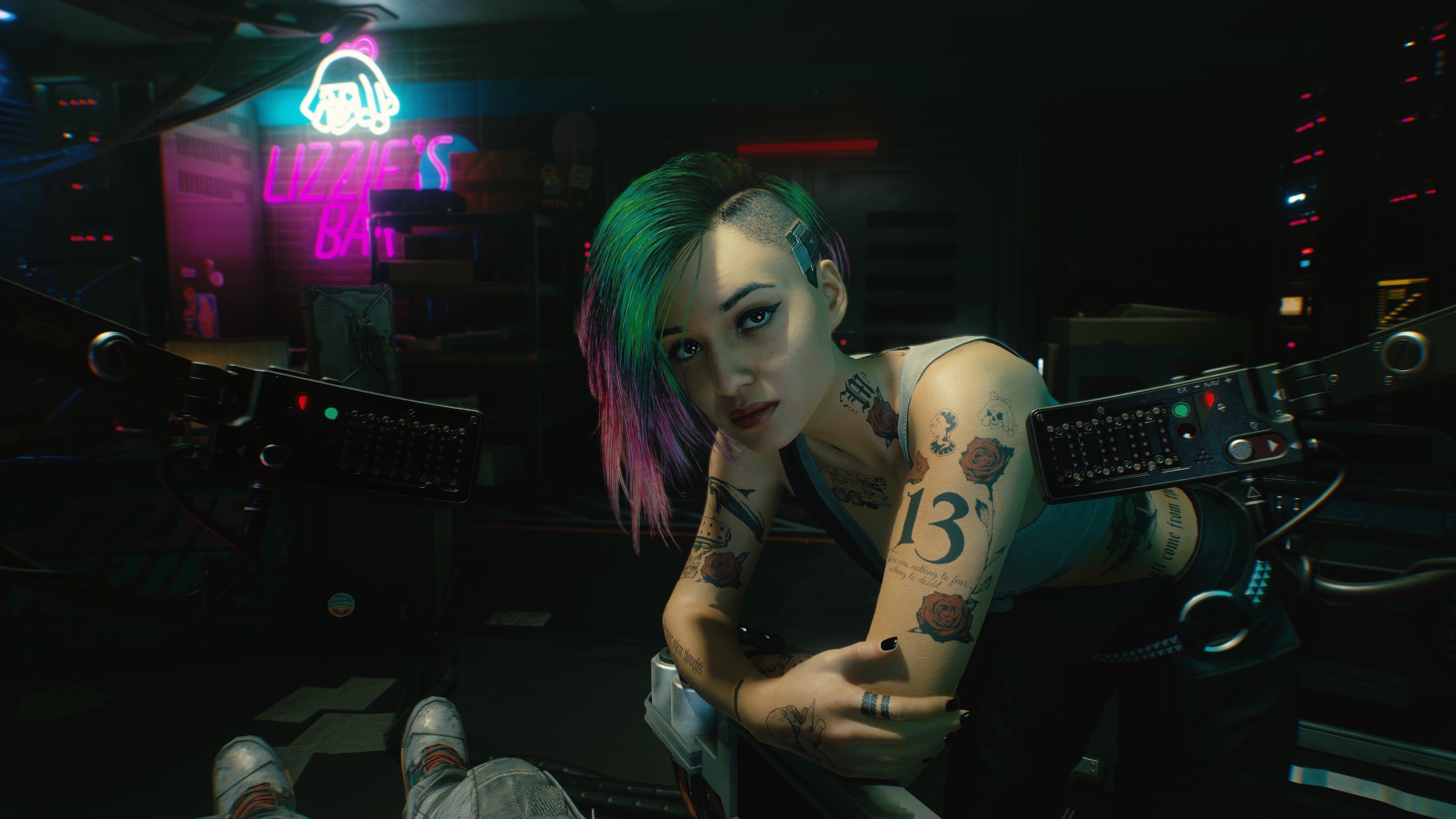 As for the actual gameplay, it is fine.  Gunplay is fun, and each weapon is unique enough that tracking down rare new guns was very compelling.  Melee combat however, is awful.  Your punches do miniscule amounts of damage, while enemy punches home towards you making them a pain to dodge.  Using hacking abilities such as disabling an enemy’s visual optics or wiping their memory give the player some interesting choices at their disposal if they choose a stealth approach, something that I found myself doing surprisingly often.   However, not enough time was put into balancing the skill tree.  The hacking upgrades can easily break the game with how overpowered they are, while the melee and combat upgrades tend to offer meaningless rewards like 2% bonus damage.  It is just another aspect of this game that needed more time in the oven.

Overall, I come walking away from this game enjoying it quite a bit, but ultimately a let down due to missed potential and seemingly rushed design choices.  While exploring Night City and completing side content I was having a lot of fun, but this is a game that the more you think about it critically, the more it falls apart.  There are very interesting characters in Night City, and interesting areas to explore, but players are going to have to wade through slideshow framerates, glitches, and low-resolution textures to find it.  If you have a high tolerance for these sorts of things (I fall in this camp after spending much of my childhood trying to get even the simplest of games to run on my mom’s cheap laptop) there could be a lot of fun to be had with Cyberpunk.  If these issues turn you off, you are better off passing on Cyberpunk until the development team seriously overhauls the current state of this game.  Either way you will likely play a better version of it the longer you wait.  I had fun with Cyberpunk, but I would recommend most skip it until we are delivered the game we were actually promised.