What is a “Gamer” to the Big Corporations?

Nah, let’s get a little more in depth with this a little. These last couple months have been nothing but a travesty to gamers. False advertising in The Last of Us Part II, “under estimated” sales of the next gen consoles (not partially our fault), and a very unpolished release of Cyberpunk 2077...not to mention false positive reviews. It seems companies will release just about anything nowadays with a high price tag and know that we’re going to eat it up based on how much marketing they invest in the upcoming releases. Sure it’s how business works, but in order for customers to stay loyal to your company you have to actually deliver what you promise, otherwise you will be losing sales and eventually the whole business.

Most of the problem has to do with the trailers and ads they put out prior to a games release. Ad marketing is something that is SUPPOSED to give us a taste of what the actual product will be delivering to us. The past couple years, or maybe even longer, ads have been focusing a lot more on flashy animations and cinematics and a lot less showing off actual gameplay. Primary focus on games has turned away from how fun and engaging the gameplay is and focusing more on how freakishly realistic we can make ray traced graphics. I feel as though the big heads running these corporations are more interested and invested in the movie and animation business and not actually video games. Yes, games have come a long way graphically, but gameplay has been very slowly deteriorating with every passing year.

There was a time I’d say about 7 or so years ago, where there was a slight shift in who took over the gaming industry, and that was the influx of indie developers releasing a lot of amazing and fun games for everyone to enjoy. They were nowhere near the graphics of AAA titles but the gameplay of the games more than made up for it. They didn’t have huge ad campaigns, they just simply traveled across the country (and even the world) to a variety of conventions, plop a demo of the game, and you played it for yourself. Best of all the developers themselves were right there with you to watch you play, teach you how to play the game, answer any questions you may have, they were very professional in a more casual setting. THIS, my friends, is how gaming should be handled. To be able to play a demo of the game months, maybe even years before it’s released, and know what you’re getting yourself into. The major companies don’t do this sort of thing. At most they release a demo of the game a month or so before release, and even then, it may still be very different from the final release.

Speaking of demos, lets talk about AAA gameplay reveals. At first glance they look really nice, very cinematic, but I now question if it’s even gameplay. Could it just be more cinematic animation to simulate the gameplay of the actual game? Why would a beautifully rendered reveal at an E3 be downgraded to almost last-gen graphics for the retail release? Do they really think we’re too blind to see? It was big news when Watchdogs was released back in 2014 and disappointed millions because of how not-as-nice looking it turned out to be compared to the reveal at E3 2012. The devs that stand on stage with the controller in their hands? I’d say they’re most likely not actually physically playing the game they’re showcasing...You ever notice how perfect the gameplay is? There’s never bugs, never a sudden crash, hell they never even die through an unfortunate event that may happen randomly. Sure, it’s a dev that’s playing the game, they have the most knowledge of the game. But as we all know, games don’t just play perfectly every single time. This is especially true with team-based gameplay. You know the ones where they have 4 people up on stage probably reading from a script to simulate teamwork in a multiplayer scenario. They work so strangely well together. Sure they’re only there for maybe 5-10 minutes, but again, anything could have happened. I might be overthinking it a little, but it’s just my own opinion. I could easily do a whole post on E3 vs. Retail games and talk more about this, but I’ll stop here and move on.

Let’s now talk about “Gaming” peripherals. The headsets, mice, TV’s, PC’s, and laptops. I never understood why they slap on the word Gaming to every high spec peripheral. To me it’s all the same, the headset is a headset, a PC is a PC, etc. Mice might be the only exception to this because of DPI settings, but in case you’re not super heavy into FPS games you might not need a dedicated gaming mouse. Gaming peripherals are usually much higher priced because they’re usually advertised with some sort of statement like “The #1 Choice for Gamers!” “Pro Quality Audio for Gamers” “Only the Best Gamers Use ***”. In a lot of cases you could buy a similar product that’s not labeled “Gamer” and get the same results for probably half the price. In rare cases, usually regarding microphones, you can get a much higher quality microphone and just buy standard headphones and it’ll probably be better than a gaming headset. It might cost slightly more (not to mention space), but at least when you’re in voice chat you come out crystal clear. I’ve never owned a legit gaming headset, so I could be very wrong in this aspect. I’ve always been using a Blue Yeti microphone and standard JVC headphones, and they work very well for me.

As for Gaming PC’s and laptops it’s all about overpriced. Most of your cost comes from the GPU that they include in the PC and even then if you know how to build computers and you bought all of the parts to build your own PC for gaming it’ll cost you much less. Without getting into too much detail with specs my PC that I built cost about $800 and I’ve made no upgrades to it for the past 4 or so years and it still runs everything very nicely. I’ve recently started playing Final Fantasy XV and it runs beautifully on maximum settings. Now I understand if you don’t know or too afraid to learn how to build your own PC you could get a slightly more expensive pre-built machine and that’s all good, but building a computer isn’t too technical. It’s like putting lego pieces together, everything has a specific places and you (almost) can’t mess it up (except for maybe when it comes to connecting case lights and fans to the motherboard, but motherboards are usually labeled what connectors go to fans and lights. Laptops however are not as customizable, so really it just comes down to knowing what’s good and cheap so you’re not overpaying for a laptop that only has moderate power. Even higher end laptops can be overpriced, but it really comes down to where you’re buying from. 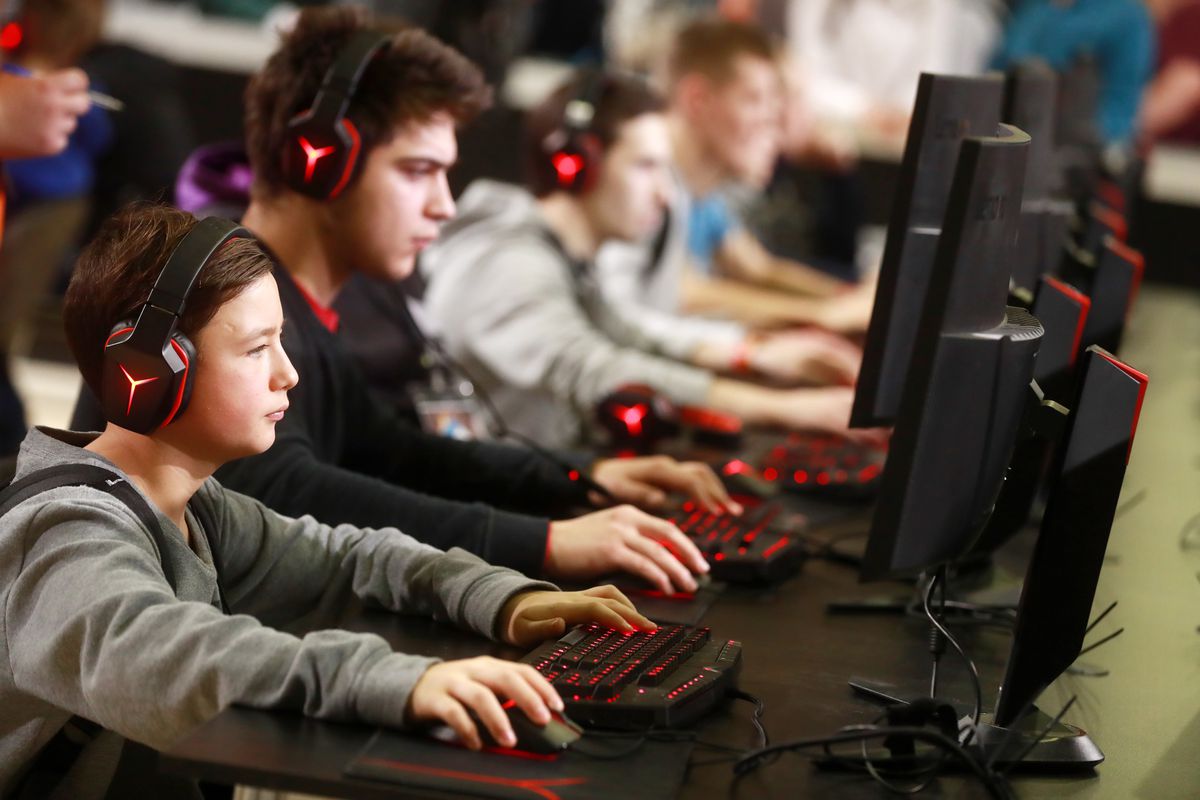 Gaming has become a huge profitable industry in America, estimating $135 billion in 2019 which is over 3 times the movie industry with only $42 billion that same year. It is certainly not a cheap hobby to get into, especially if you are constantly spending $60+ with each new big game release and over $300+ for new console releases. I could easily tie this post in with my previous blog post Control Yourself! Wait Before You Buy And Save! It’s yet another reason why waiting after game release is a good move to make. A majority of bugs and glitches are fixed, drama surrounding the storyline to games subsides, and more importantly, a working console that won’t break on you because of a possible oversight in the hardware (I’m looking at you Xbox 360).

Of course when you’re a part of an ever growing industry you find every possible way to squeeze out more money from your consumers. I’ve been aware of these moves and use them to my advantage to not spend more than needed to get the same amount of entertainment as everyone else in the community. At the same time I’ll watch ads for various games and hardware and say to myself “Do they really see us like this?”. The corporations' idea of gamers and what the community really is are vastly different and I think we’re too afraid to express ourselves for who we are and instead give in to the hype in hopes that a game we’re promised is what we are delivered exactly as shown. However, year after year we continue to be fooled by what we are promised. Is it our fault for this? Not at all. It’s a working strategy for the big name corporations to present high quality cinematic animations to get you to think this is what you’ll be playing. Yes, this IS what we should be playing, but they continue to backpedal on their promises just to get more money out of what is really a decently looking game.

The lesson here is to just be more aware of what you see in reveal trailers and gameplay demos. It’s not often what you see is what you’ll get to play for yourself. The hype may be real, but it may also be marketed hype to try and draw in consumers to hype it up as well.