PS1 REVIEWS: Alone in the Dark - The New Nightmare

In a telling signal of its diminishing legacy, several reviews of Alone in the Dark: The New Nightmare suggested that it was heavily inspired by Capcom's Resident Evil series, which is obvious to anyone looking at both games in the context of the PS1. However, it was Resident Evil that was inspired by the first Alone in the Dark game, which is the game frequently thought to have originated the Survival Horror genre.

Yet, the game's two sequels were disappointing messes, and Resident Evil's success cemented it as the leader of the genre that The New Nightmare then emulated. Unfortunately, while a competent game at the time, there is little to recommend this game today. 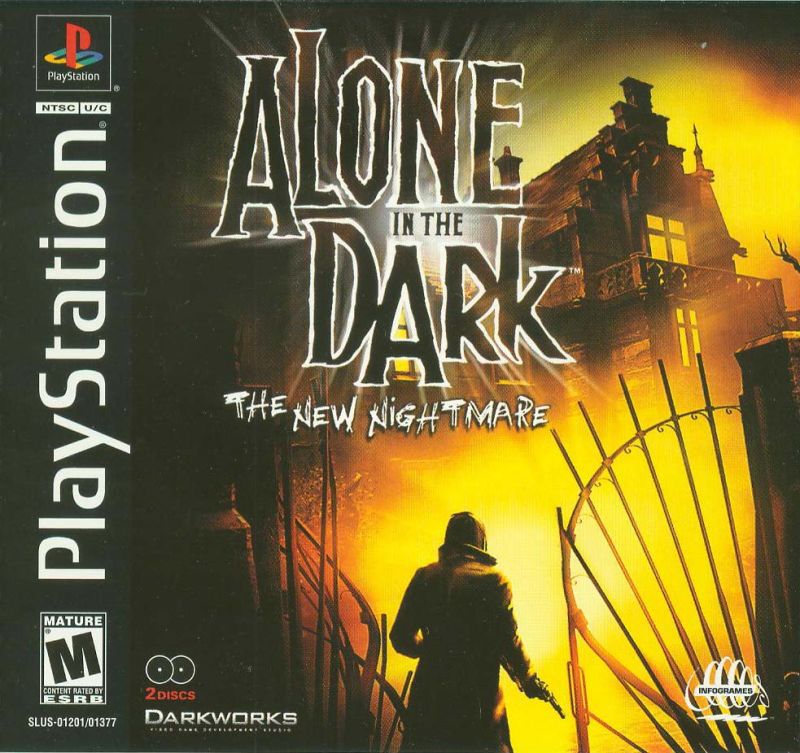 "My best friend died because of these tablets. He died in Shadow Island and I am going to"

The game is set on a fictional island of the shore of Boston, where two potential playable characters go to investigate a suspicious literary character. As either series staple, Edward Carnaby, or Aline Cedrac, you are thrust into a nightmarish scenario.

Shadow Island is a mystical place where a portal to the World of Darkness is located, and the Morten family has been trying to figure out its mysteries for generations. The lore regarding the World of Darkness and the Morten family is strewn about the game and is very effective at world-building. You can feel the mania behind the Mortens actions when reading their diaries, and it is easy to become invested in the background story. 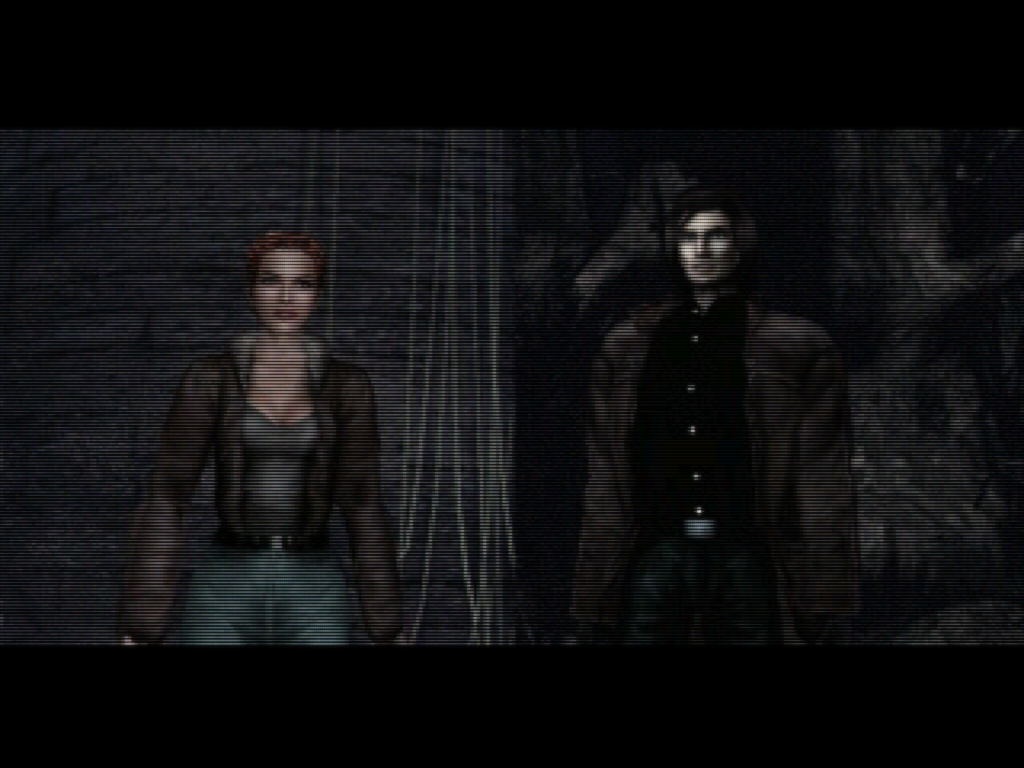 I wonder how different playing as Aline is

Unfortunately, the same level of writing isn't present in the story of the age itself. The dialogue frequently tries to be funny, which doesn't fit the tone the game is going for, and the delivery is acceptable but not top-notch.

Mostly, you miss the immediate horror of what's going on in Shadow Island, as there are no stakes besides your own lives. There are no interesting side stories to uncover like the Trevor or Birkin family stories in the first two Resident Evil games.

In the end, I felt that the lore was a missing opportunity of making more of the story we eventually got, which is just a basic bore.

"We Mortens have lived with the darkness for over a century! We have mastered it and learned how to tame it"

The main reason this game was compared to Resident Evil is that its gameplay was nearly identical on the surface. A 3rd person Survival Horror game with puzzle-solving, shooting, and tank controls, which really was the same for all games of the genre at the time.

In many ways, the Survival Horror genre derives much from Adventure games but adds in more layers of action. Like in Adventure games, you gather around a lot of objects and clues that you need to figure out how to use to solve puzzles.

Alone in the Dark does little to innovate here, with simple puzzles whose base complications is the need to read an in-game book to figure out. With no need for inventory management, the only difficulty is to make sure you pick-up all items in a room. 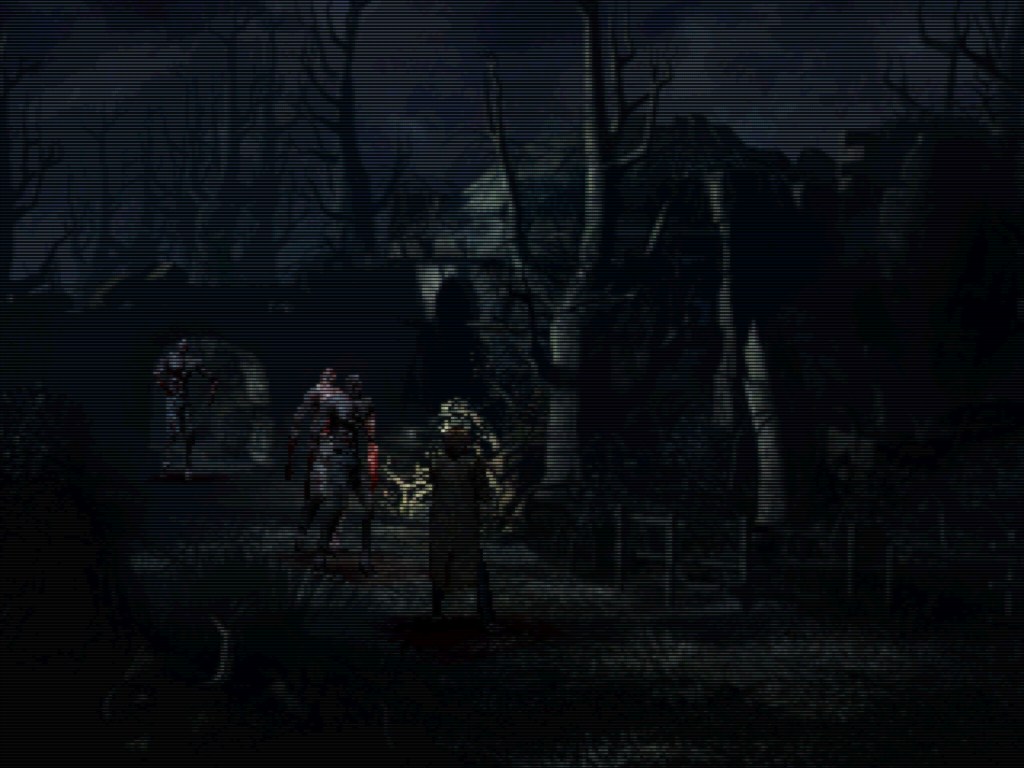 That's a lot of zombies to run away from

The tension comes in the form of deadly enemies that you have to fight with clunky shooting mechanisms. Soon, you should figure out that the best way to deal with enemies is to simply run away from them, which conserves ammo and is of less risk than fighting. This means you need to familiarize yourself with the stiff movement, which is honestly not that bad.

Note that in the rare instances that you have to fight some enemies, you can simply shoot while standing still most of the time, reloading through the menu screen. Riveting stuff.

"Light has ruled alone for far too long. It is time for Darkness to spill into the world"

Darkness is a good friend for 3D PS1 games, as it can be smartly used to highly any of its graphical limitations. To be fair, Alone in the Dark was considered to look good in the past, but it doesn't look too good now.

The 2D environment looks great, but the 3D elements are as blocky as you would expect, with the added benefit of CGI scenes that suggest a better-looking world (while not actually being impressive for the time).

Mostly, I am upset at the poor and limited creature design, which is lazy and uninspiring. That lack of art direction doesn't support the poorly aged graphics at all. 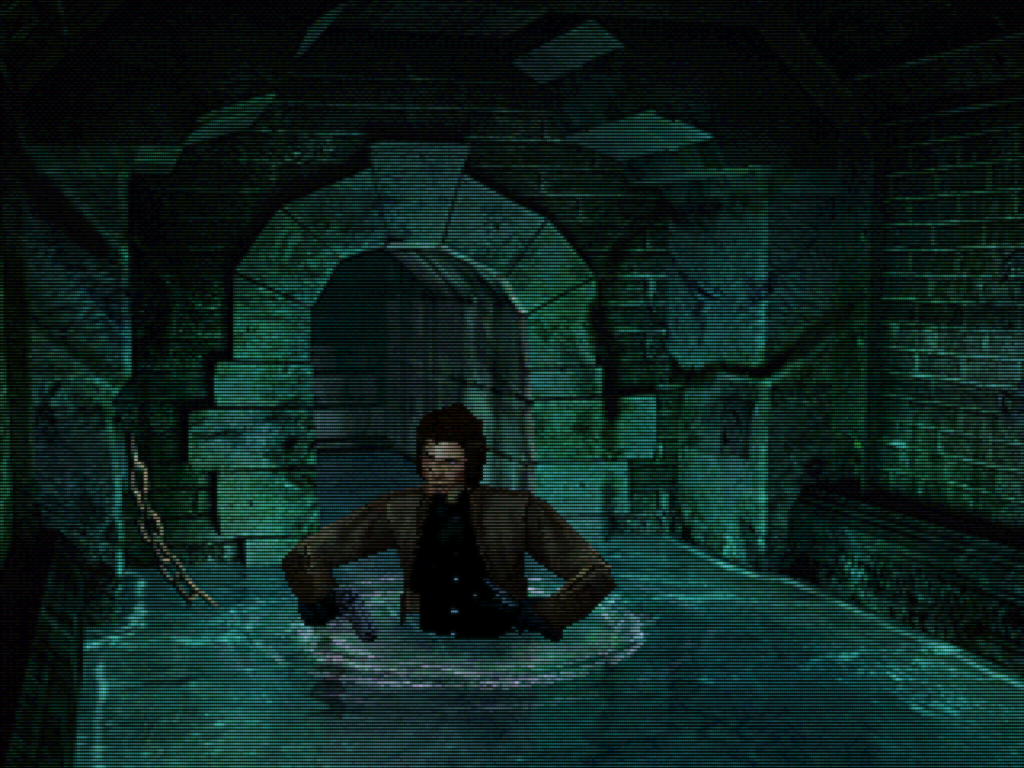 It is worth noting though that the lighting system is technically brilliant. Your characters have access to a flashlight that can illuminate their surroundings (And also reveal which objects you can interact with). Game designers would understand that this was a significant technical challenge, for the team to make a system that allowed the player to simply direct light at whatever objects they were aiming at.

Musically, the game has a basic Survival Horror score that is heavy on atmosphere, but not so much on melody. It does the job, but there are also some sound quality issues. Also, the voice acting is solid, but not impressive.

In truth, Alone in the Dark: The New Nightmare is not a bad game. It would have been a solid title to play at the time, despite being inferior to other games in the genre. However, it doesn't justify a playthrough today, not for its own merit or for any historical significance. 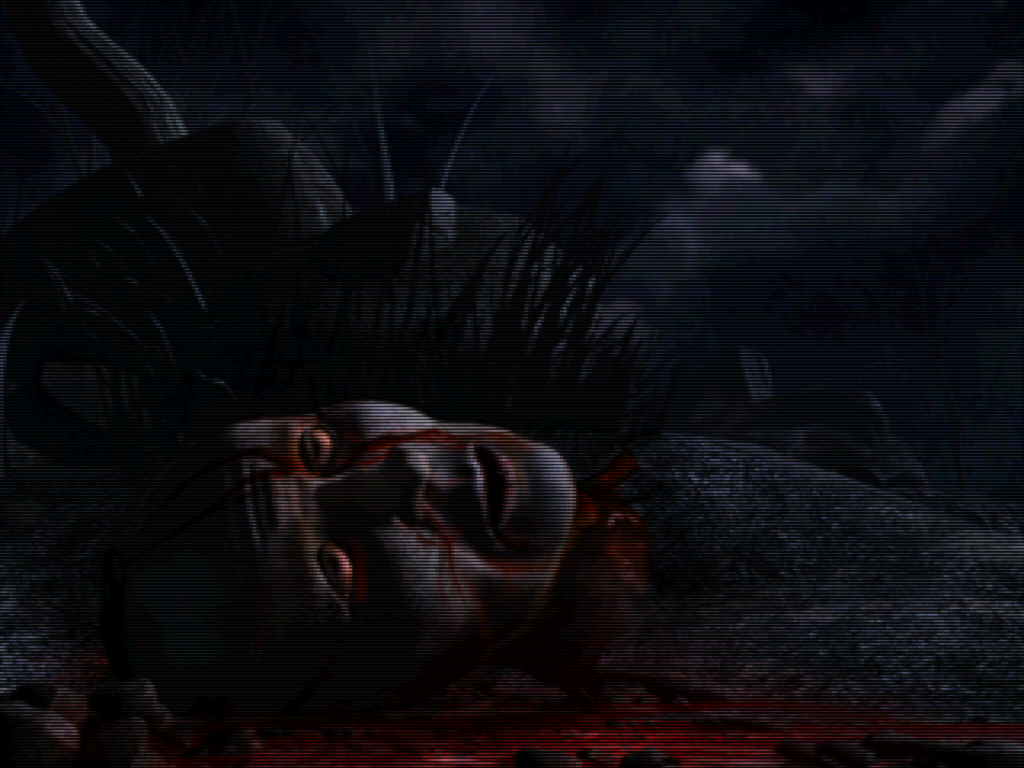 1-Always have your flashlight open, pointing it around reveals objects you can interact with.
2-Always turn on the light in every room you enter.
3-The best way to deal with most enemies is simply to run away from them to conserve ammo.
4-Press X next to all boxes, cupboards, and shelves.
5-Read the lore documents for some clues.
6-Reload your weapons from the inventory screen to skip the reload animation. 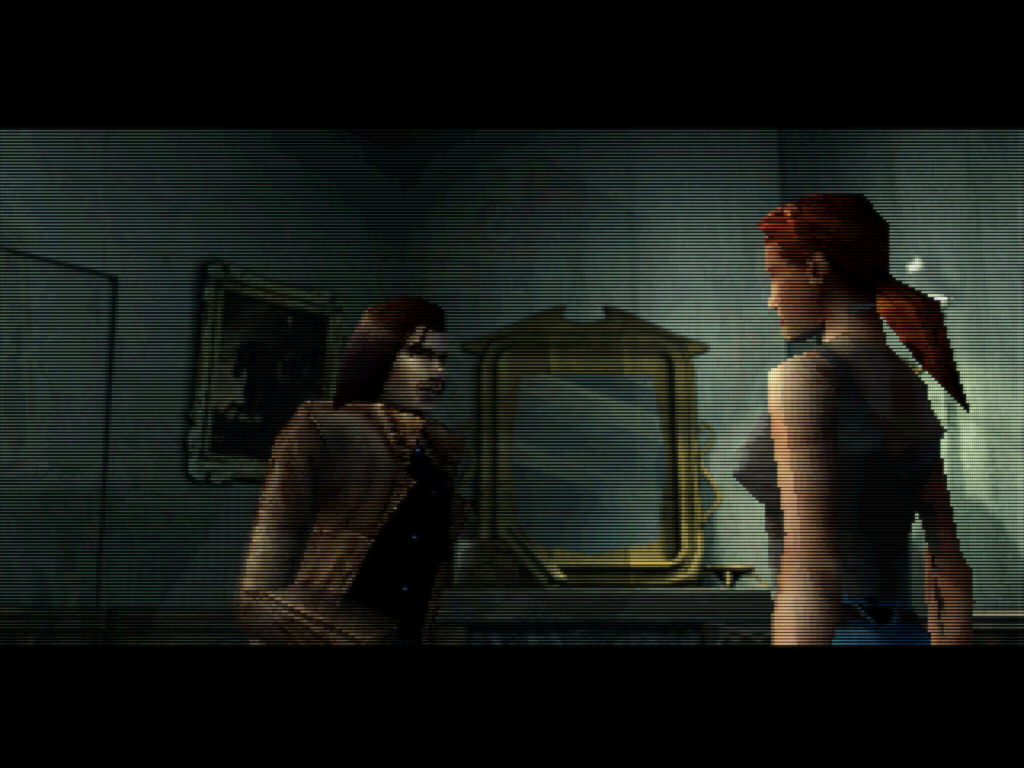 There is a good amount of voice acting in the game 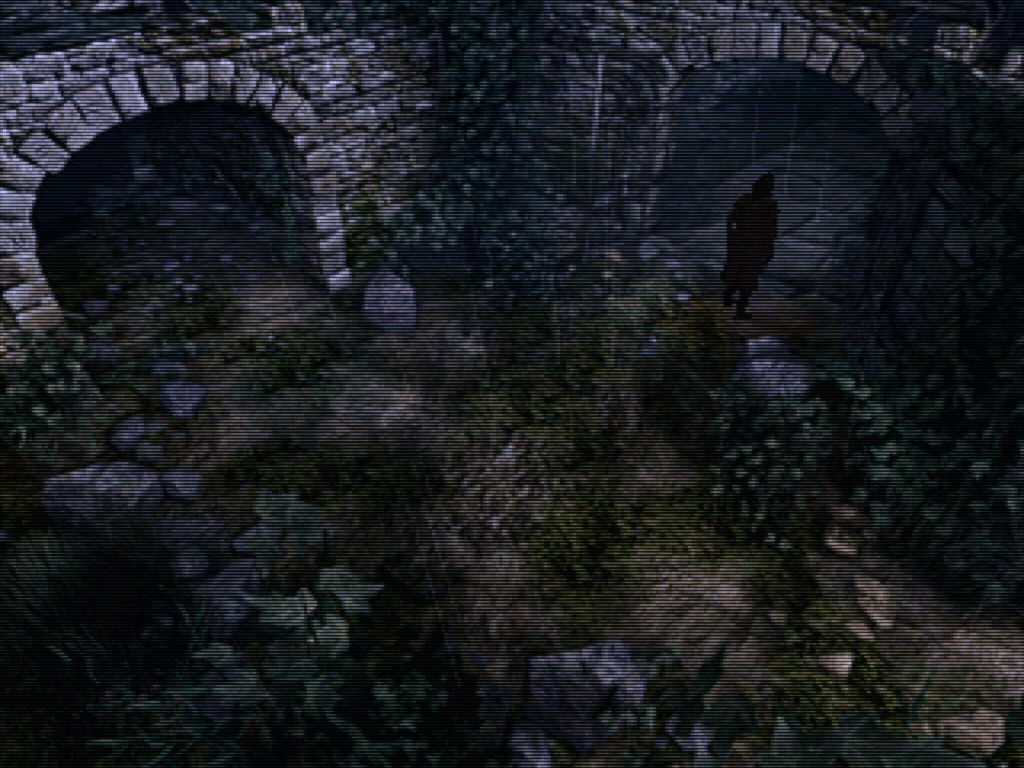 The game does look better from a distance

I wonder what I am going to think about the old Resident Evil games. After all, Alone in the Dark should have benefitted from their example, but it also missed a lot of their skilled design as well.

That's a long way off. The next game in the supplementary review list is going to be Dragon Valor, a reportedly misunderstood Action RPG by Namco.