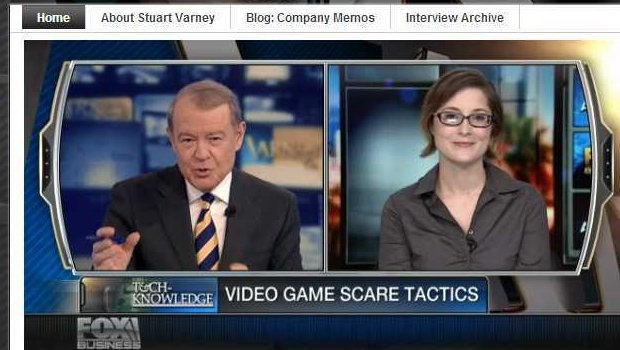 When Bungie separated from Activision back in 2019, thousands if not millions of Destiny players rejoiced, excited that their favorite studio was finally freed from the shackles of their nefarious publisher overlords. And with the anticipation behind the move to Steam, cross-saves, the upcoming release of Shadowkeep alongside Destiny 2 going Free to Play, it was easy to get caught up in the hype of it all. But what me and plenty of other players probably didn't realize was that an independent Bungie meant a lot less funding for the game alongside losing two other support studios (Vicarious Visions and High Moon Studios), which ended up being more important than what I originally thought.

Shadowkeep wasn't awful, but it certainly was quite a disappointing expansion on release. While it did plenty of things right from its cosmic horror themes to the addition of Armor 2.0, the actual content itself was quite lackluster. Having played Destiny 1 for the first time in 2019 due to a lack of interesting content during Season of the Drifter, revisiting a D1 patrol zone as the main selling point for the DLC certainly wasn't exciting as was Bungie intended, despite the new areas added in. What new content there was on the Moon was also pretty lackluster, with the Nightmare Haunts turning out to be one strike from D1, just cut up into 3 separate ministrikes, while the new area just ended up feeling like a variant of Escalation Protocol. And while the campaign's premise was cool on paper it ended not going anywhere interesting, with a story that abruptly ends just as soon as it starts picking up steam. Add that with the final encounters just being a series of boss rushes from older enemies of the past, and what you have is quite the rough start for a post-Activision Bungie. 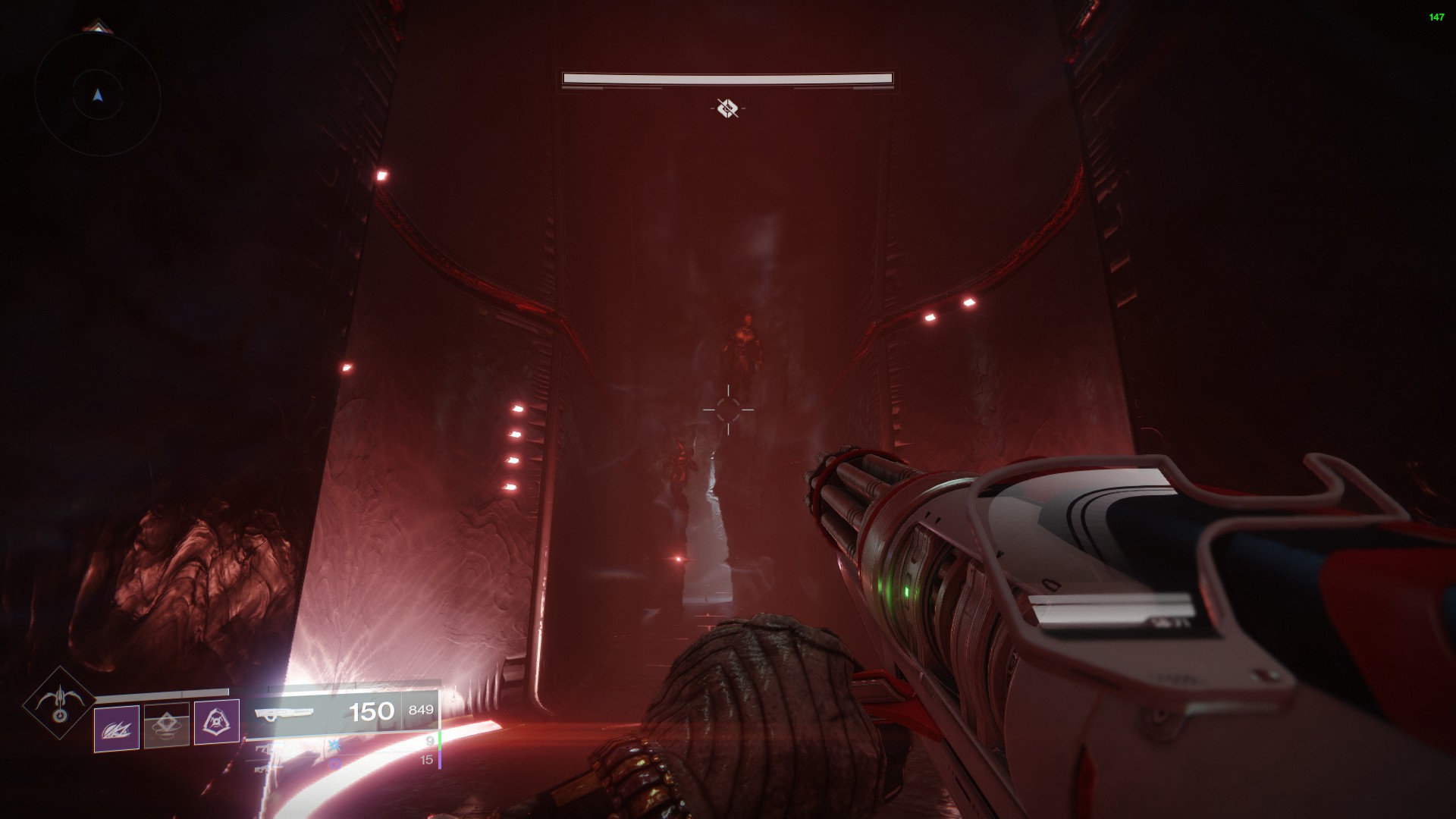 Shadowkeep was not without its moments at least.

The seasons were also something I wasn't a huge fan of. While it's nice to have something to come back to once the campaign is all said and done, the events felt too much like horde modes but with the grind stretched out to annoying levels as a casual player. I loved the idea of the Vex Offensive going live at the same time others were going through the World's First raid, but playing like a watered down, reskinned version of Menagerie killed a ton of incentive I had to replay it again, save for how extraordinarily generous it was in terms of giving players rewards. The following season's activity The Sundial was certainly a welcome improvement in terms of a set reward to pick from alongside some form of map randomization on top of improving the experience on Mercury, but fatigue eventually set in and I had to tap out, not even coming back to play the remaining two seasons despite getting the Digital Deluxe version of Shadowkeep on launch. It was there that I thought I'd be done with Destiny 2 for good and that I'd never in a million years go back to it.

Flashforward to now and I've finally made my way through Beyond Light's campaign, despite saying to myself that I wouldn't even think about it with Halo Infinite on top of tons of November releases like Cyberpunk and Yakuza: Like a Dragon to go through, but delays and boredom makes fools of us all I guess. I didn't expect much with the constant launch issues and the middling reviews, and I certainly have no shortage of negatives to say about it. I can talk about how there's only one original strike when Shadowkeep itself had at least two at launch, I can talk about Destiny 2's constant issue with reusing content from the first game, making it feel like such an unnecessary project in the first place. I could yammer on about sunsetting both old content and guns and how barren Europa kind of feels or how Stasis kind of messes with the PvP in an already unbalanced PvP mode as it is, and yet in spite of all that, I found myself oddly enjoying the expansion in a way I didn't expect. 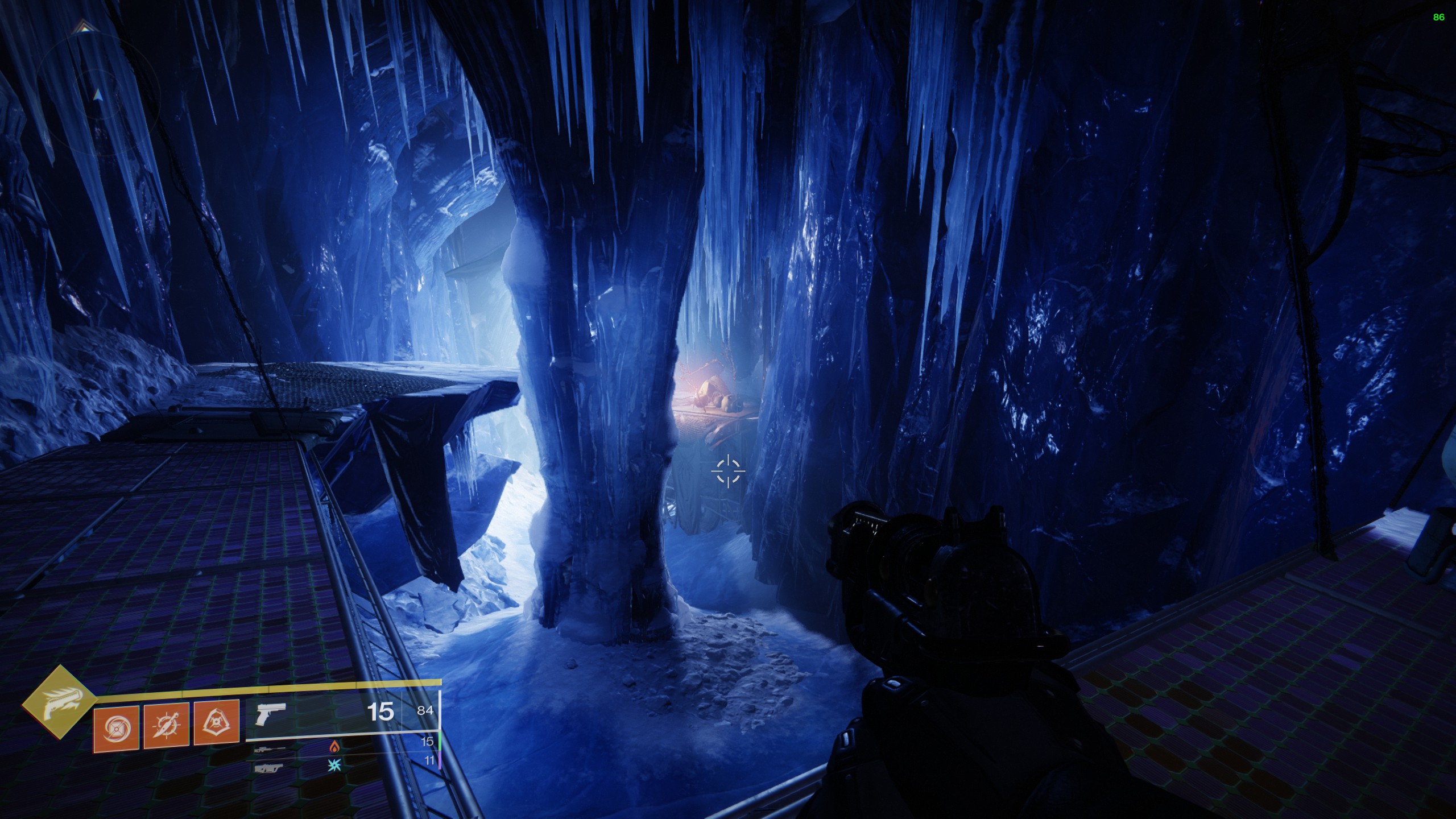 Europa is quite lovely despite being such a barren tundra.

The campaign feels like it had more effort put into it than Shadowkeep, despite the issues with COVID and of course Bungie now being a small independent studio of 600 people, with plenty of beautiful pre-rendered cutscenes compared to the lack of in last year's expansion. The story hook is also a lot more interesting, having to rescue Variks whose being hunted by an old friend that's been slowly corrupted due to her constant use of the Darkness, and of course the temptation to fight back by wielding the Darkness yourself is too hard to resist. From there the campaign takes on a Forsaken-style approach of taking out the leutenants before finally taking on the big bad Eramis herself. Old friends like Eris Morn, The Drifter, and even The Stranger herself finally appear again, though they mostly just stand around the hut and egg on your guardian to embrace using the Darkness as a form of good. It's not as big a deal as marketing made it out to be, but I still enjoyed being able to talk to them as the story missions progressed, you know, like a traditional RPG. It also helps that Beyond Light actually has what feels like a proper ending like prior expansions did, leaving things just open enough for the post game. That's admittedly fishing for complements, but even having a proper ending is more than I expected at this point.

Europa itself is a setting I also enjoyed greatly. While it's admittedly rather barren and full of the usual public events, I didn't mind so much since I absolutely adore snowy settings. With its somewhat blinding snowstorms and abandoned Braytech buildings, it makes for a cool sci-fi setting akin to something straight out of Capcom's Lost Planet. There also seems to be two enemy variants added in, and while it's not anything major, that's more than I expected from Destiny's typical habit of just giving the enemies a different reskin or giving them a larger character model.

Stasis powers are also a ton of fun to mess around with, especially during the campaign missions when it just goes all out and lets the player to go nuts. The new subclass also seems to allow for some proper form of customization akin to D1 and it's node system over D2's more simplified upper/lower skill tree system. It wouldn't be Destiny 2 though if you didn't have to do a quest to get more out of it though, and its not exactly the most balanced for PVP, but it's not like the Cruicible was that balanced to begin with. 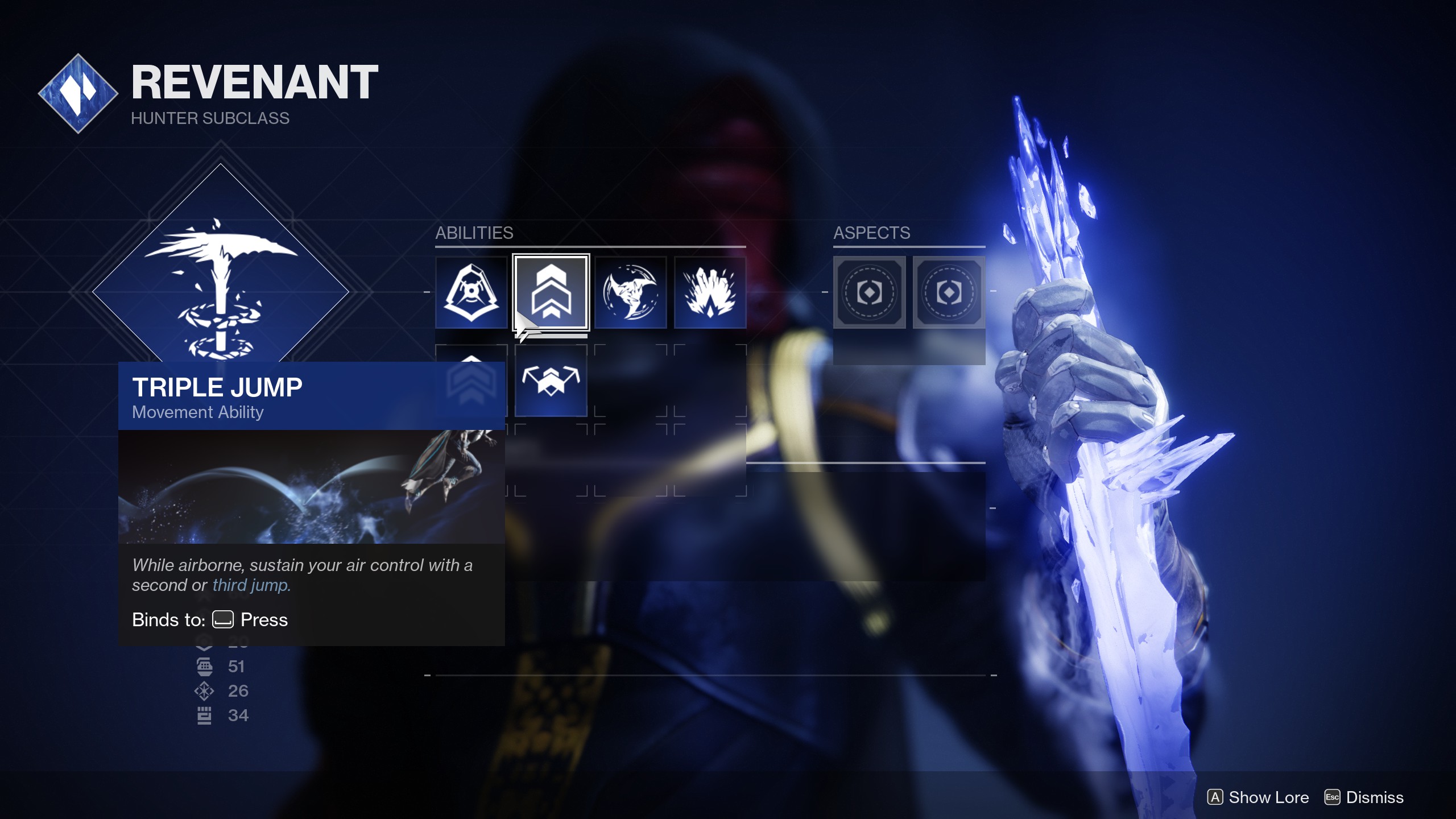 Still, while I liked my time with the expansion's new content, everything else about Year 3 has such a bunch of baffling decisions. Sunsetting content and old weapons is something that I've never been a fan of as someone that has paid for this game since Vanilla D2's launch, as there's less strikes currently in rotation and its hard to tell how it and the removal of some game modes will hurt free to play users in the long haul. I wouldn't mind sunsetting if it meant there was tons of new guns to use, but that really isn't the case for Beyond Light's launch. Caping my beloved Breakneck to a low power level and not even giving me much to work with at launch only highlights how awkward the decision is, especially since whats here right now simply isn't as fun or as interesting to use.

Destiny still has this odd desire to be like a traditional MMO, which isn't the right choice to make as Bungie can't make content at a fast enough rate to support it. Considering Bungie's current habit of drip-feeding content I'm sure that there's gonna be more weapons in later seasons, but I've only bought the standard edition due to it's high pricetag of $50 CAD. Since it doesn't so much as include even a season, I have little interest in paying more for content that I'm sure I won't even really like considering my experiences in the past.

I suppose it wouldn't be Destiny though if it wasn't in this eternal loop of always taking a step forward and a step back. I've stopped dedicating huge amounts of time to it like I did back then when I got really into it with Forsaken, so that may be why I don't feel anywhere near as outraged as the steam reviews evidently seem to reflect. The decisions made to Year 3 are still awful, though I'm not afraid to call it how it is and say that as far as launch content goes, Beyond Light has definitely shown some signs of improvement. Will I stick around to play it and future D2 expansions for long? I don't know. I certainly don't see it winning back lapsed players nor do I really see diehards that play this game religiously being that happy with it. But for me, I've gotten enough out of it that I'm happy enough with my purchase, treating it as a fun little distraction or break from everything else on the market.

And you know what? That's perfectly fine by me. 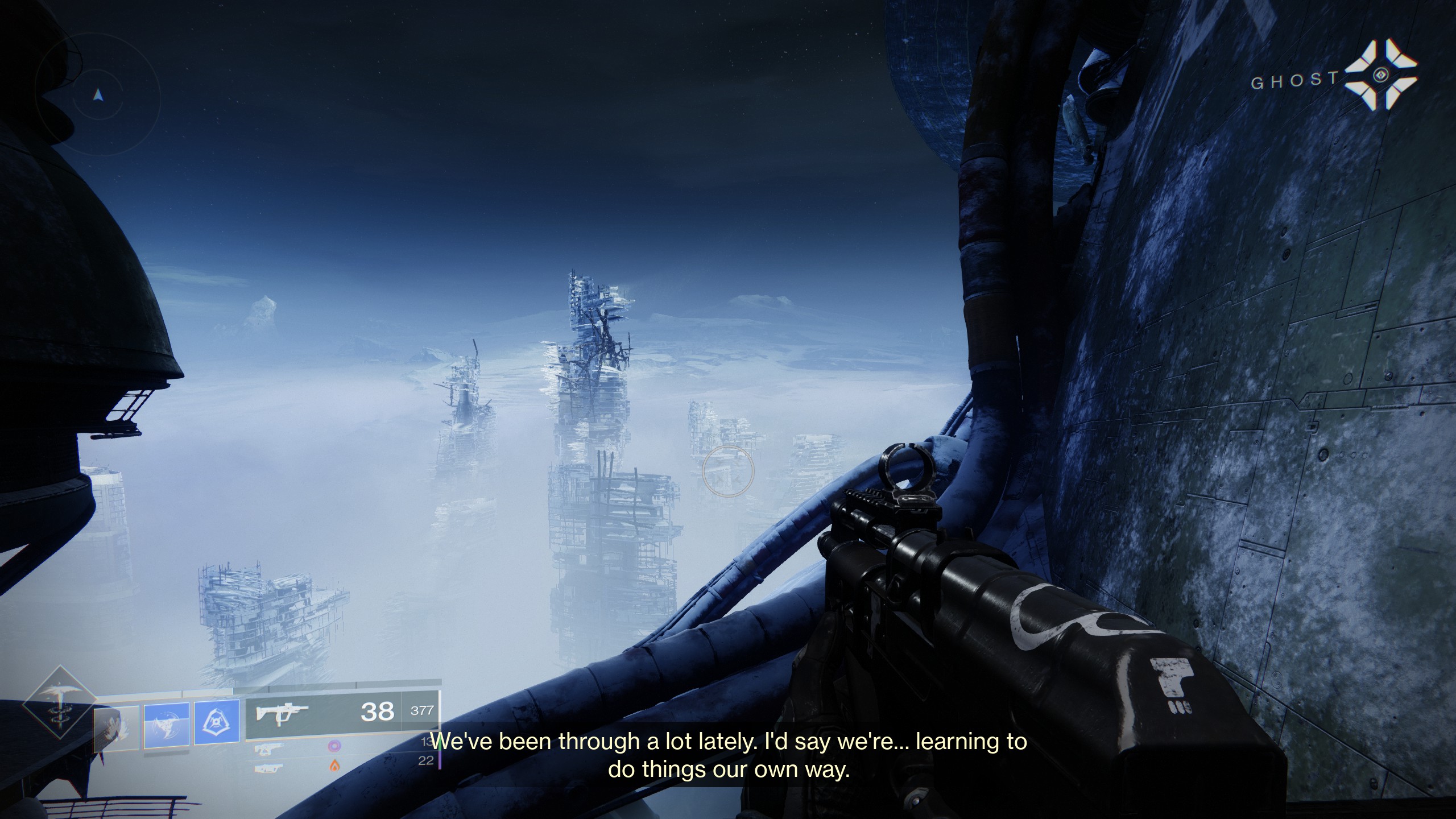