Thousands of games are released every year for gamers to play and we obviously can't play every single one. It's hard enough just to find the time to play every game that we want to play, and as a result we end up missing out on games that we wanted to play when they get released. Time never stops for anyone or anything and because of that new games continue to get announced, released, and played every single day. This goes especially with today's digital marketplace as even more games get released on a daily basis than ever before!

Today we're going to focus on the Playstation 3 and some of the games that were pretty popular back during its lifespan that have suddenly fallen under the radar and maybe even forgotten entirely. These are games that were exclusive to the console and have never been remastered or re-released in any way. 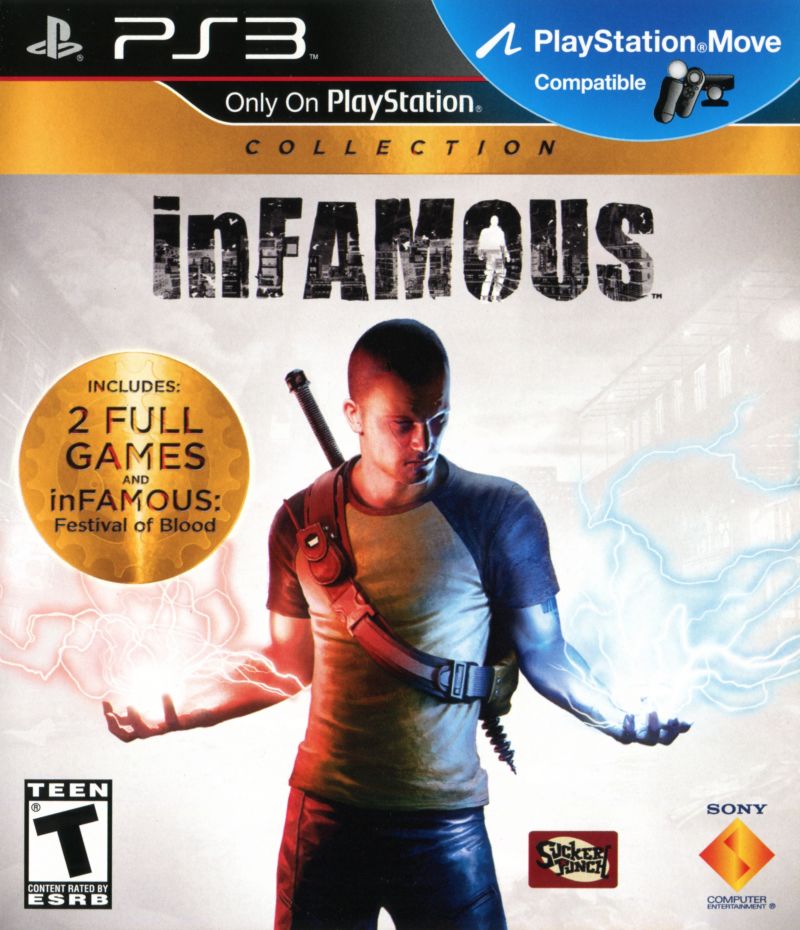 This will be focusing mainly on the PS3 collection of inFamous, inFamous 2, and the DLC side-story inFamous: Festival of Blood. The inFamous series during the PS3's life was a pretty major series for Sony. They all earned very good marks and delivered a compelling and memorable storyline. The series was so popular and yet it never got a remaster of any kind so people who owned a PS4 could follow the story and events that happened prior to inFamous Second Son and inFamous First Light. There have been no plans to bring back the series other than a movie that was said to be in the works back in 2009. 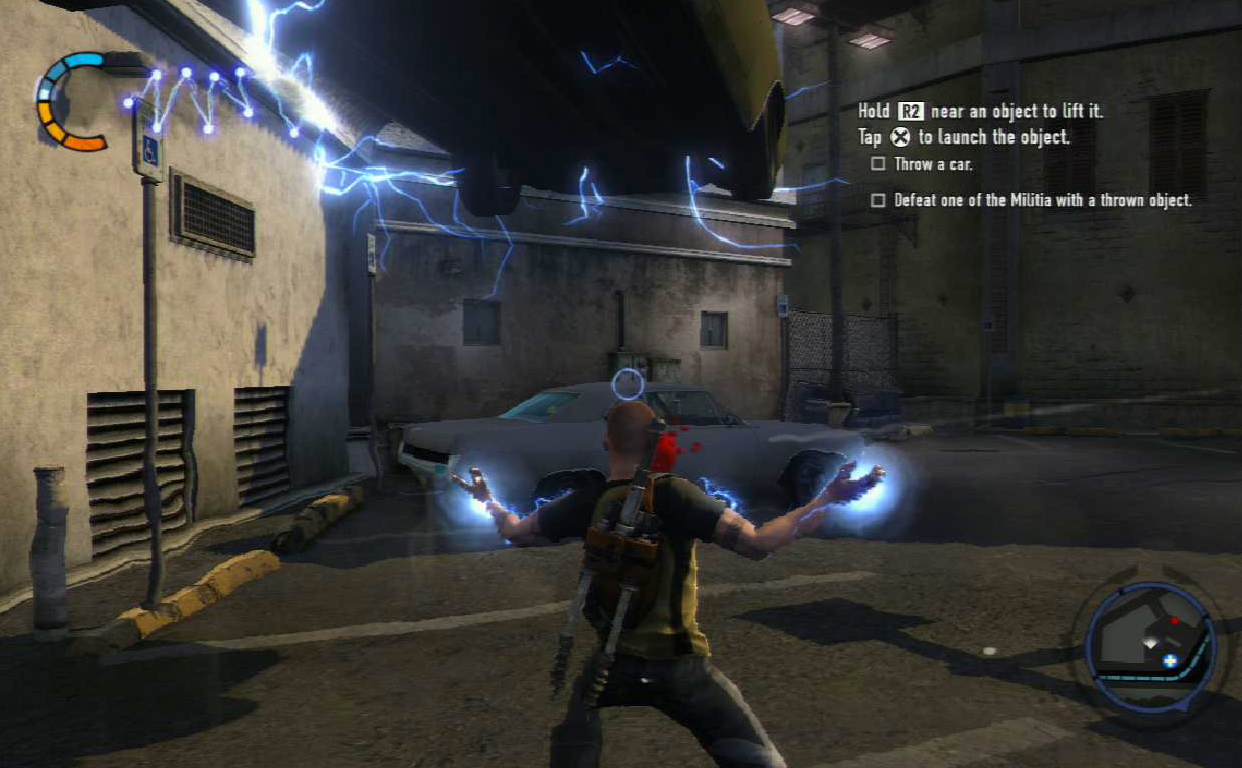 inFamous is an open world action-adventure platformer game where you play as a bike courier named Cole MacGrath who gained electrical superpowers after an explosion caused by the package he was delivering killed thousands of people. The entire city goes into quarentine after a plague breaks out and organized crime has taken over as a result of the explosion. Not to mention the entire city believes Cole is the cause for the explosion and the death of thousands of innocent lives. After an attempted escape from the city, Cole is captured by an FBI agent and explains that the mess was caused by a secret society known as The First Sons. Cole makes a deal with the agent that if he can take down The First Sons he can have his name cleared of any charges brought to him due to the explosion. 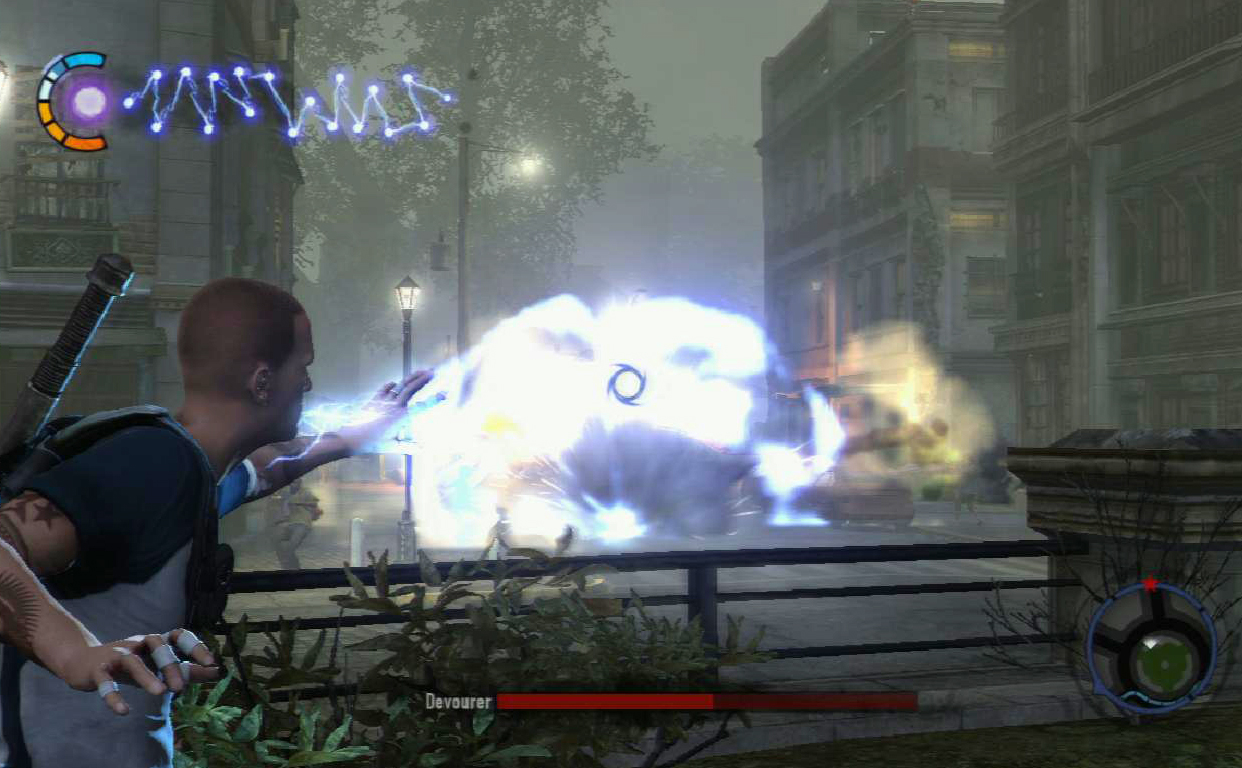 This is of course just an extremely summerized form of the full (complicated) story. This also is just the main plotpoint behind the first game, as you get further along in the story, more events unfold and lead up to the sequel and games thereafter. Definitely a series to check out if you're into post-apocolyptic action and a unique story...that is if you still have a PS3 handy. 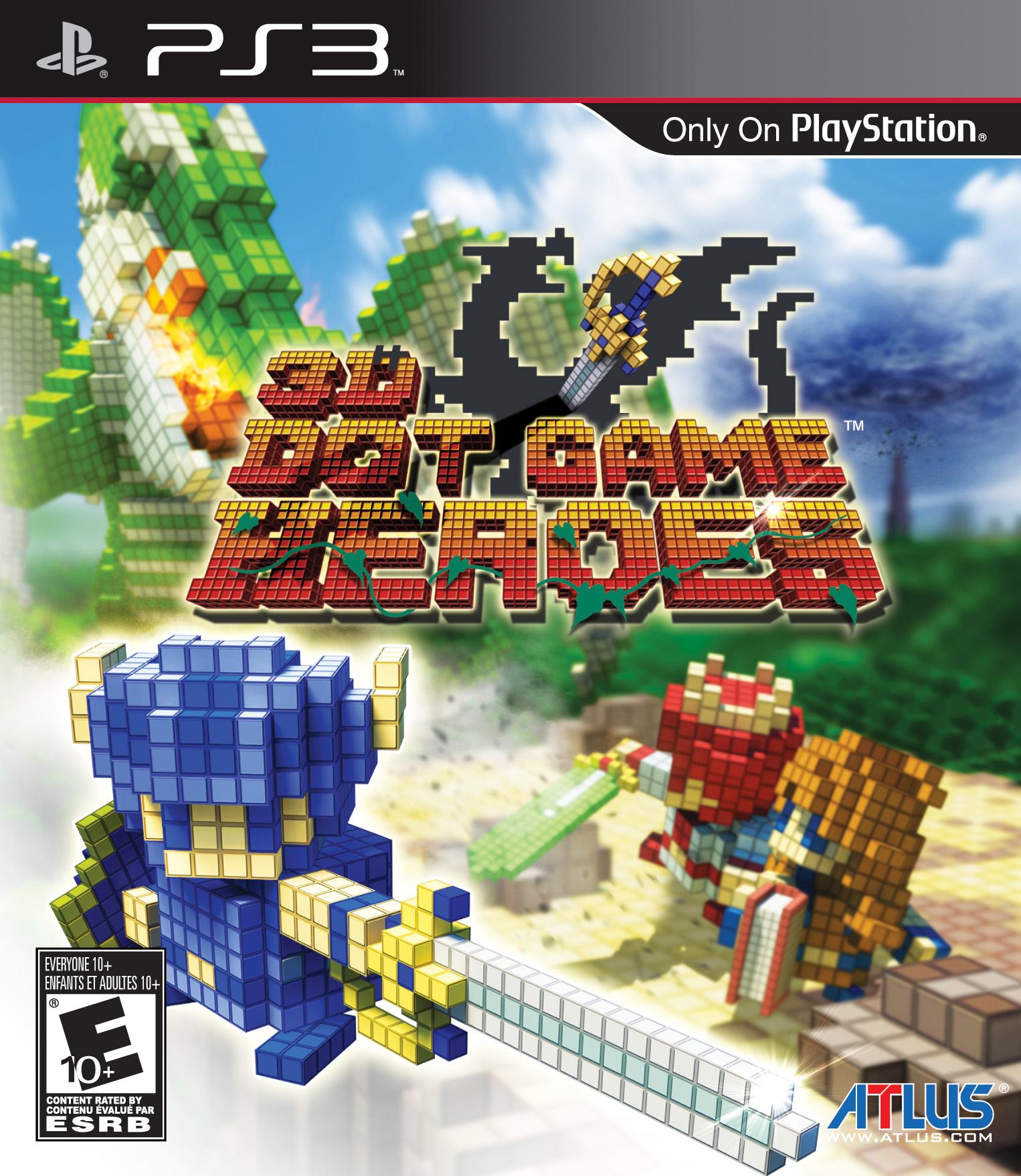 We all know and love The Legend of Zelda. To say you wouldn't want some kind of 3D remaster of Link's original adventures would probably be a straight up lie. That is to say unless you're not a fan, or just wouldn't simply care either way. Regardless, Imagine taking an action RPG in all of it's pixelated glory and literally turning it into a 3D adventure with today's amazing lighting and water effects. And when I say literally I mean taking a 2D pixel and turning it into a cube. Stack cubes on top of each other in a 3D plane to create beautiful pixelated worlds and characters. This is exactly what 3D Dot Game Heroes is all about. 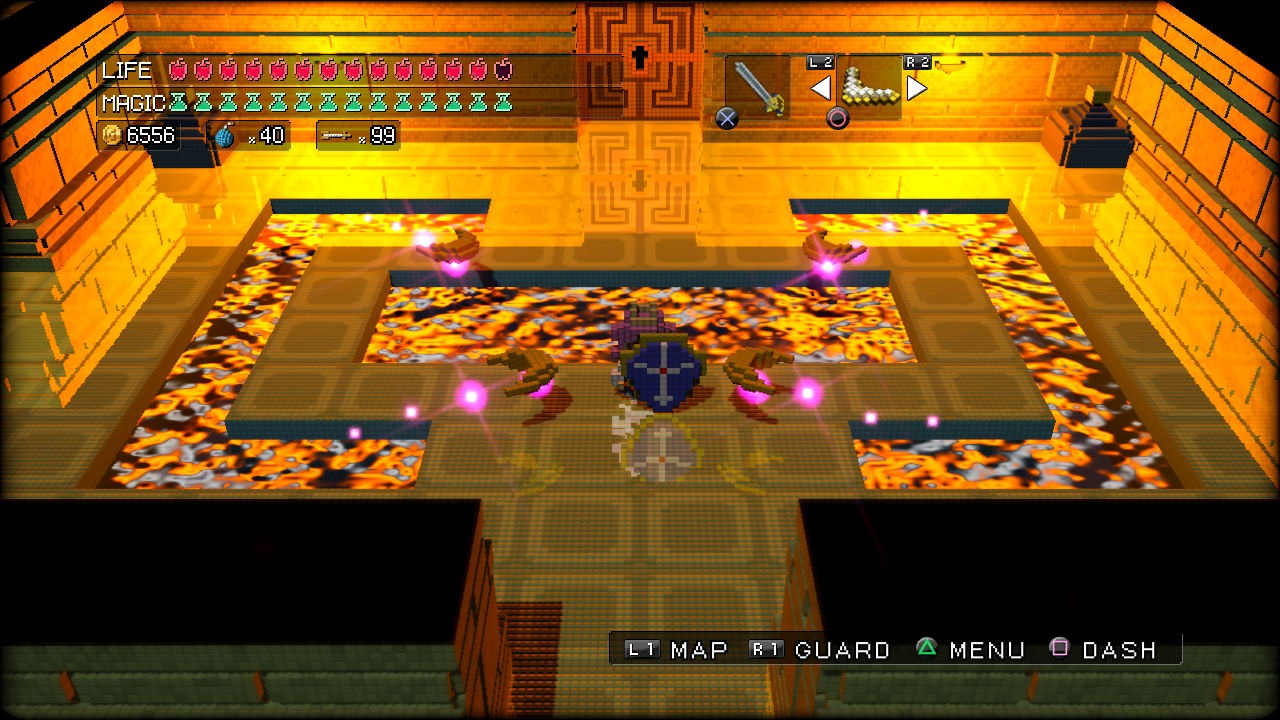 The game is an everlasting love letter to all the famous tropes of RPG's of the 80's and 90's. The main gameplay element being the playstyle that mimics The Legend of Zelda with it's screen-to-screen transitions. Also included in the game are tons of nods and references to other RPG's and NES games throughout the world and it's 105 various loading screens all recreating various boxart from various games.

So what's the story behind this game? To put it simply you're a hero on a quest to save the kingdom from a dark plague that has been created by an evil magician who has stolen an orb that contains a dark king who was sealed away by your grandfather who was the previous brave hero of the kingdom. Now, by collecting the 6 remaining orbs all protected by the 6 sages and hidden away in various temples, you gain enough power to take down the evil magician and free the land of the darkness once again. 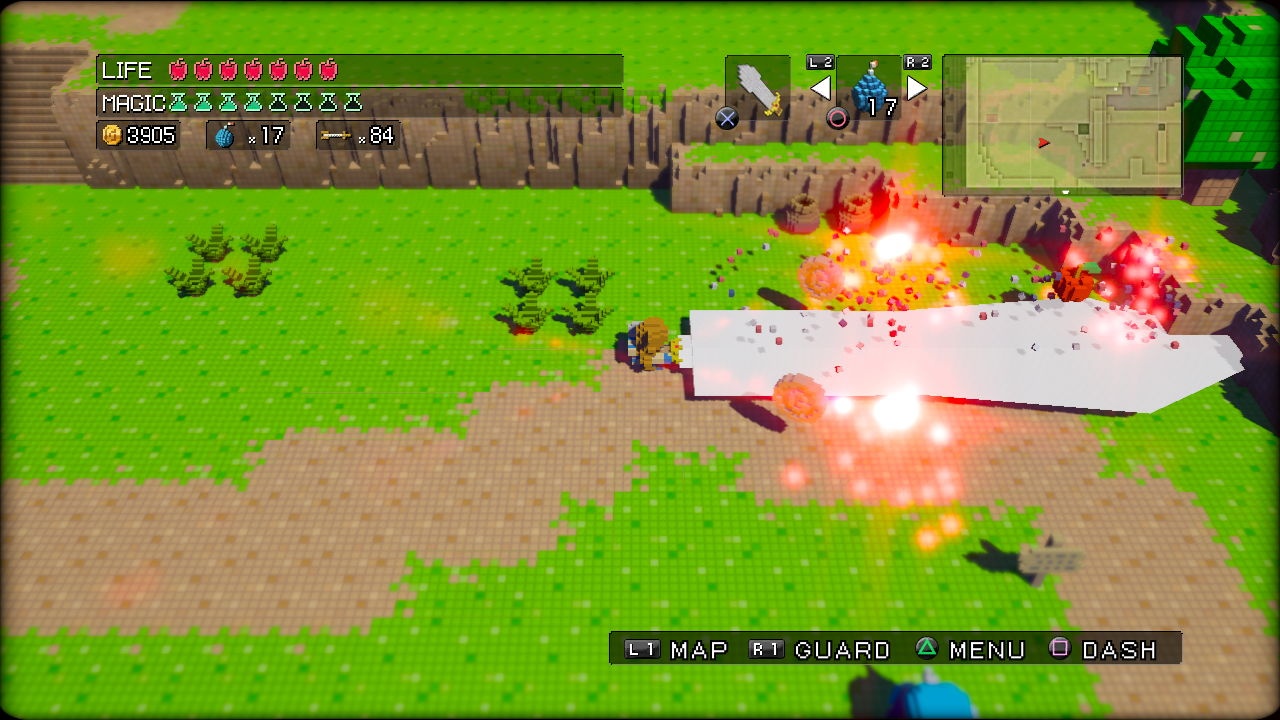 If you're into retro RPG's or even just action RPG's in general this is definitely a game you should be checking out! The game was so under the radar that it only sold 160,000 copies in the US from it's launch in May 2010 to October that same year. It was rightfully so as it was competing against some fairly big contenders...namely Super Street Fighter IV and Red Dead Redemption...But that past is long gone. Now that you're more aware of 3D Dot Game Heroes go find this gem and play it on your PS3! 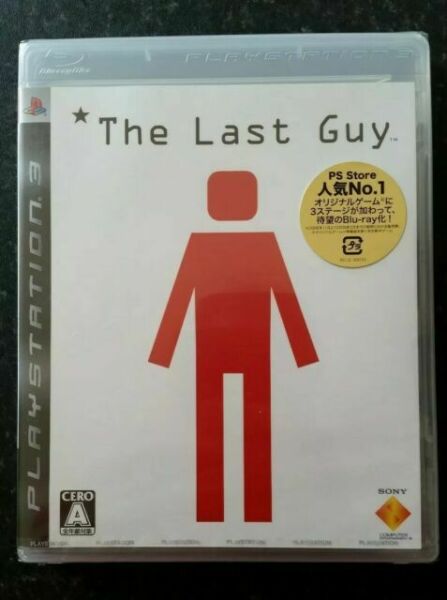 Have you ever used Google Maps, put it in Satellite view and wondered if you could somehow make a game using satellite images as a layout for level design and just place people amongst all the streets and inside buildings? No, I'm not talking about Microsoft Flight Simulator, I'm talking about Sony's 2008 survival game The Last Guy. 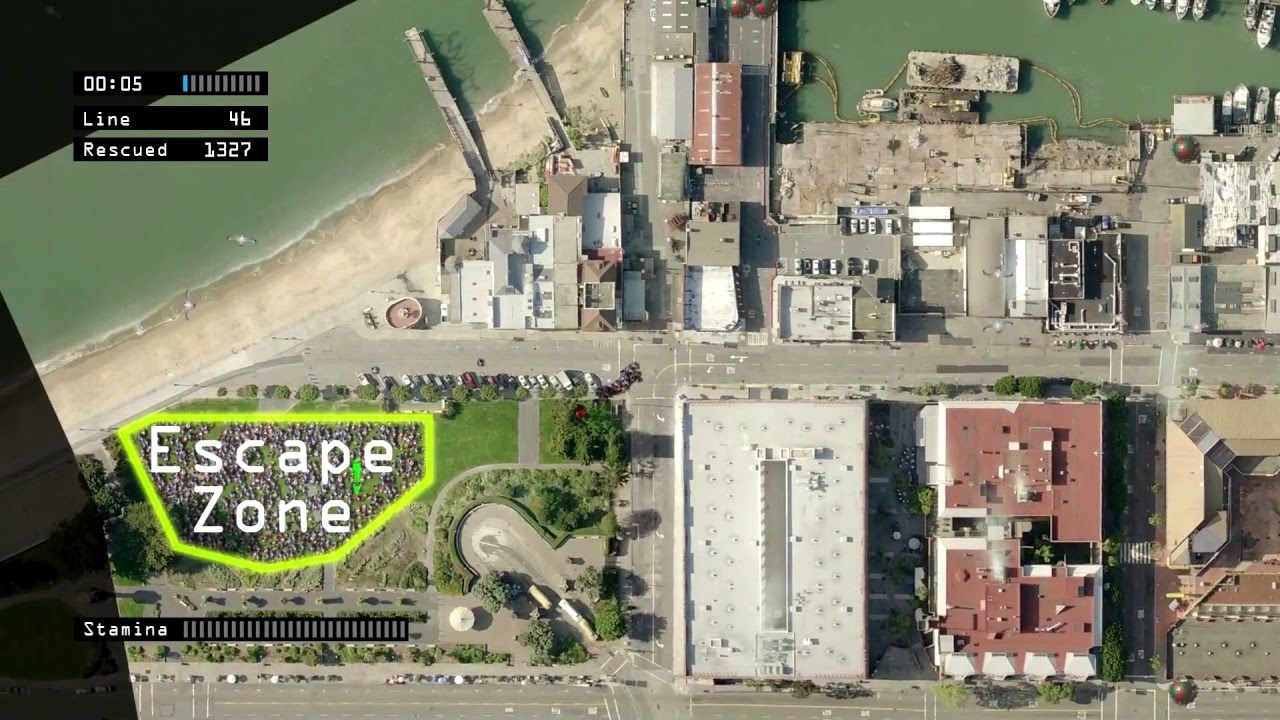 The gameplay is quite simple. You, as "The Last Guy", must run around various cities collecting a pre-determined number of civilians and lead them to the Escape Zone while avoiding various monsters roaming about the city trying to kill people. You also have a time limit in which to do this, so speed is also key in successfully completing each level with the most number of civilians saved. The levels are simply Google Maps (or Google Earth as it was known back then) satellite images of various cities across the world viewed in a top down perspective. 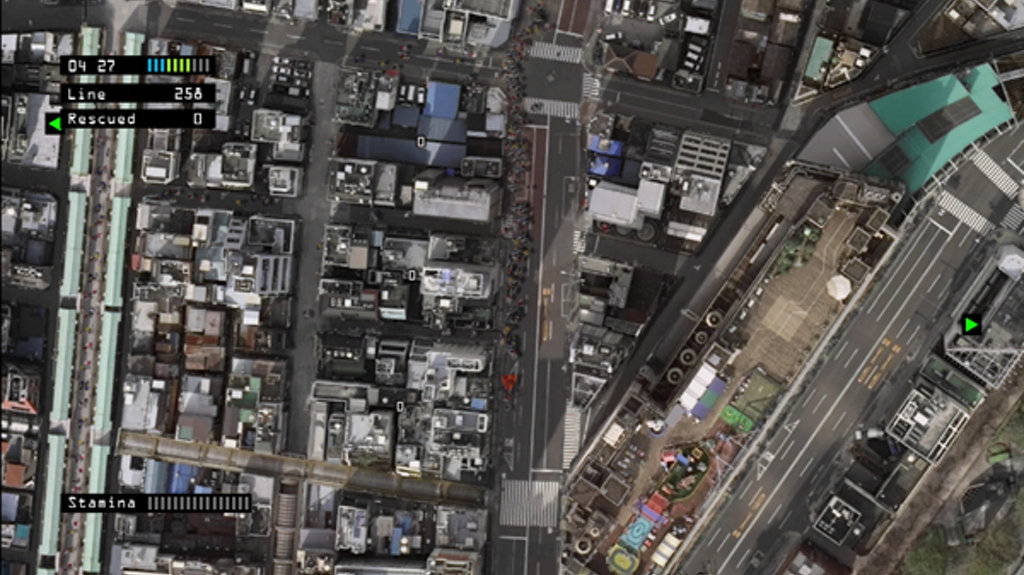 The game was only released physically in Japan while the rest of the world only got the digital version available through PSN. It got quite a bit of praise for its time, but looking at it now one would think it was such a boring and uninteresting game. But if you enjoy Pac-Man styled maze games it's definitely one to check out if you ever get the chance. 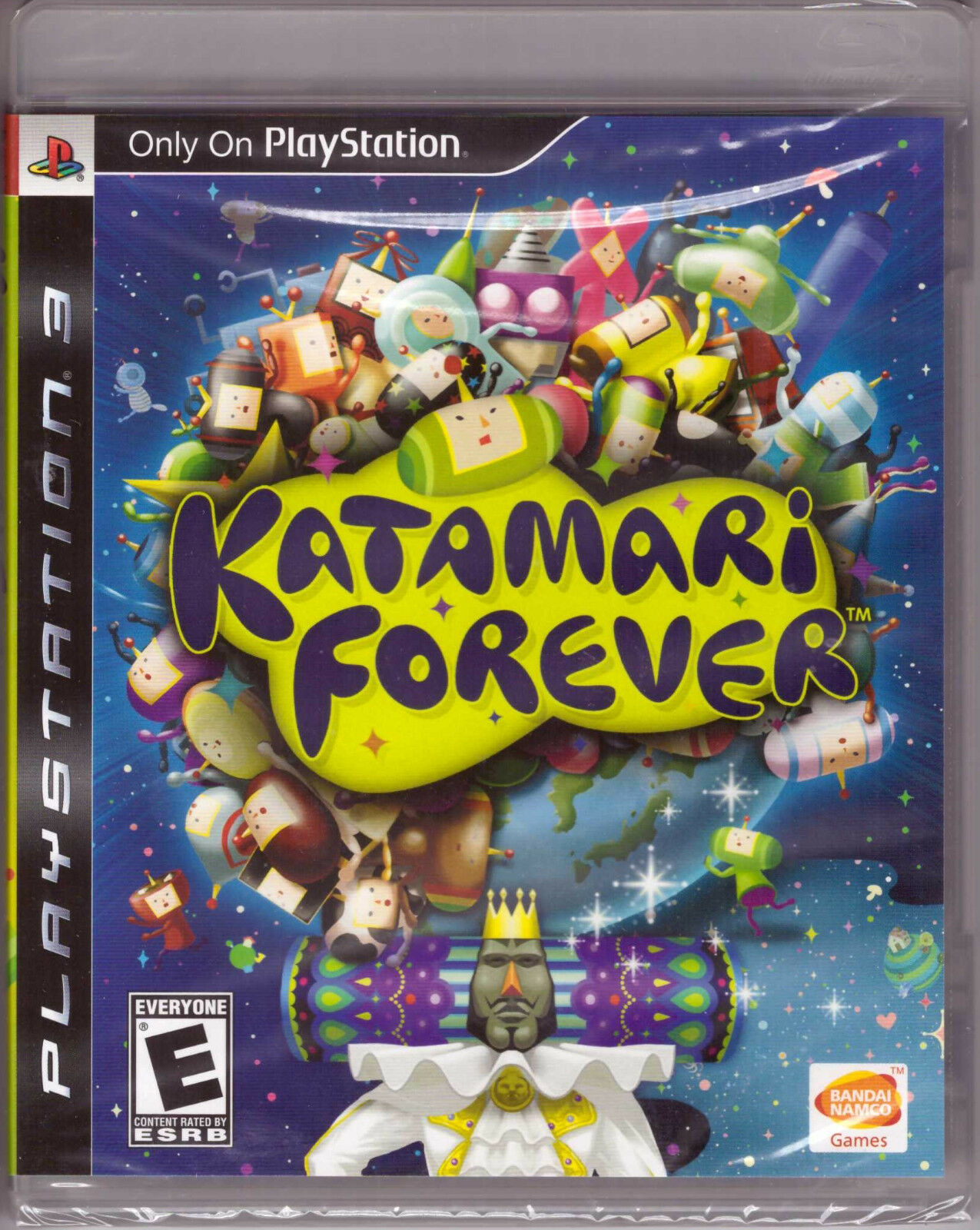 Katamari Damacy is not a game that is widely known amongst gamers, and even the series as a whole is even less known. With the release of Katamari Damacy Reroll it has brought the game more access to gamers of a new generation who may have not been able to play the original on PS2 (or even it's sequel, We Love Katamari). The Katamari series has at least one game released on various platforms including the Xbox 360, PSP, Vita, and even on mobile. The game we'll be looking at is probably the biggest game in the series released on the PS3 in 2009, Katamari Forever. 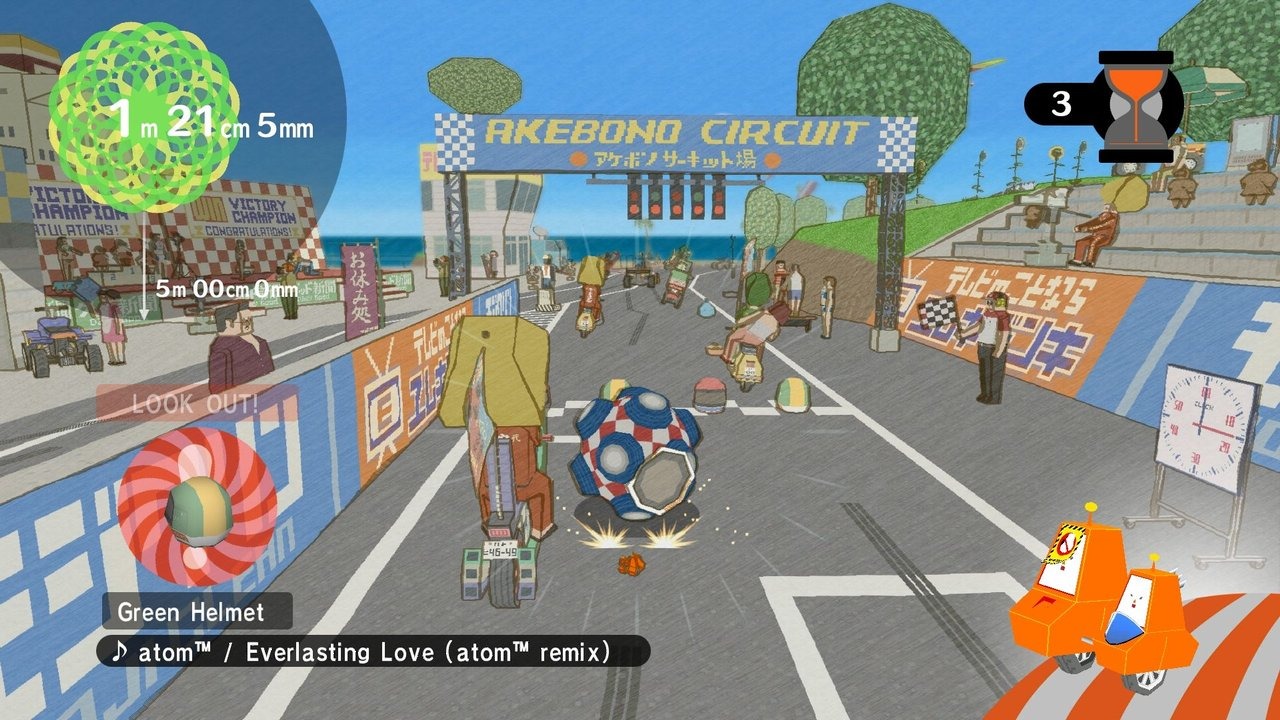 Known as "Katamari Damacy Tribute" in Japan, Katamari Forever was a game that combined levels of previous Katamari games as well as brand new levels and put them all into one big package. The game is 34 stages long and will take you probably 10 hours or more depending on how distracted you can get wanting to pick up every single object in every level. It's not all just "Grow your Katamari to XX meters". There are also tasks such as "Keep a fireball burning and start a large campfire" or "Collect fireflies to light up the night" and the ever so classic "Collect the biggest Cow/Bear". 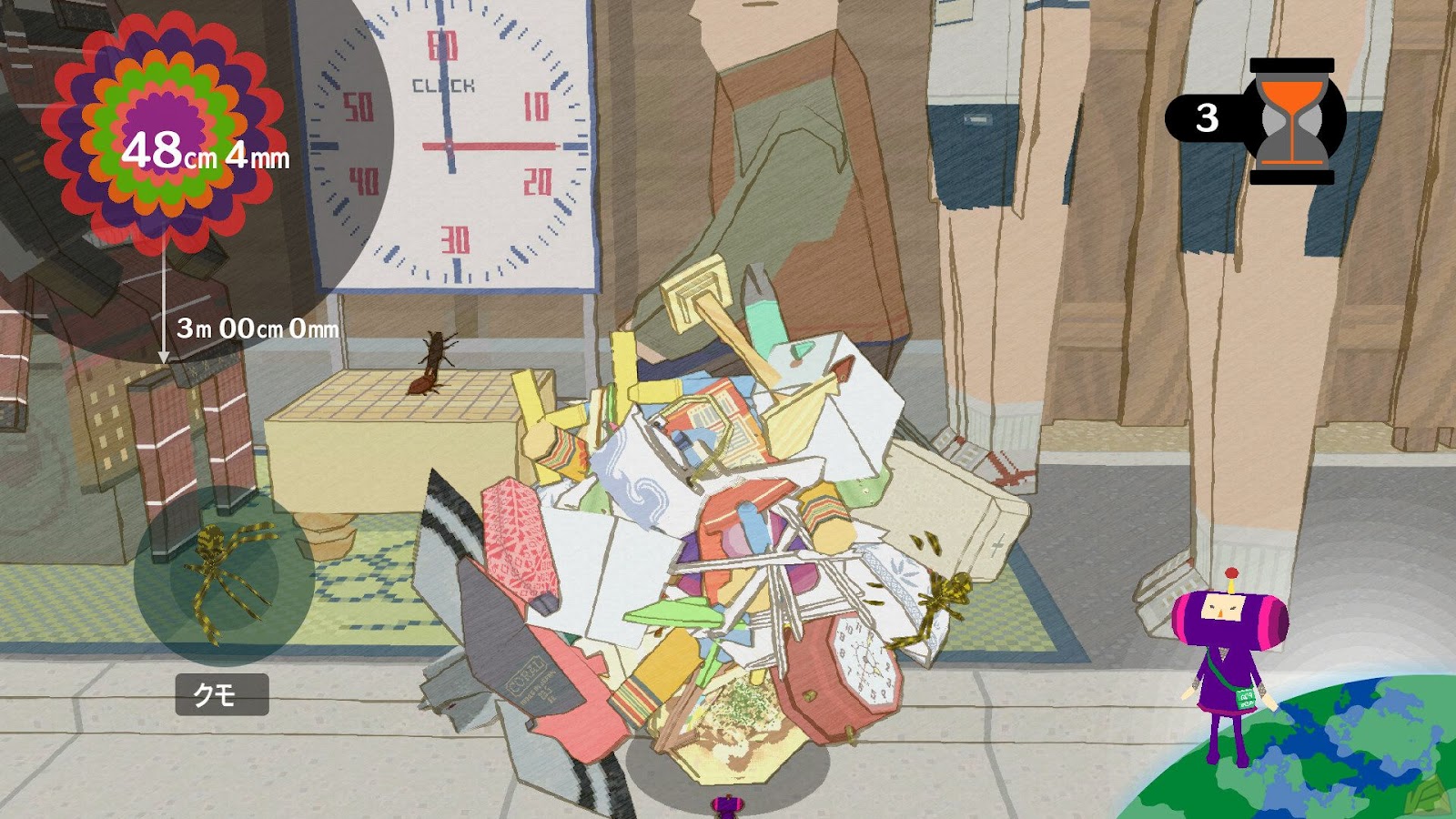 In short, Katamari Forever is pretty much Katamari Damacy, but bigger, longer, and uncut crazier than you've ever imagined. If you loved Katamari Damacy and you want more, definitely seek this game out! Not only are you getting the biggest Katamari game in the series, but you're also getting pieces of all the other Katamari games in one, so you're saving yourself a bit of money in the process! 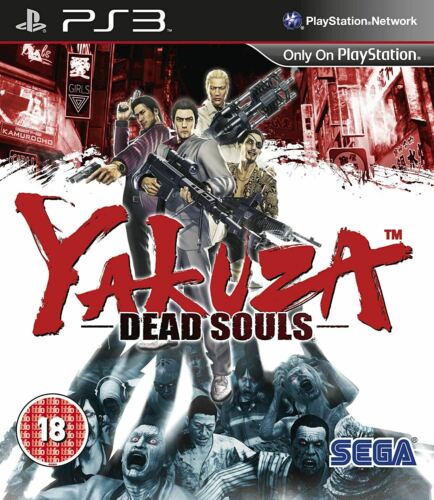 The Yakuza series is no stranger to gamers, it is probably one of the most popular and well known franchise of this generation with games dating back all the way to the PS2. The full mainline Yakuza games have all been remastered for the PS4 and there are many wishes for the remaining Yakuza games to be released on Steam. However we can't forget one little game that may not be as "forgotten" as the rest of the games on this list, but certainly one that should be looked out for as it may start to fall in that category if it is not brought up and made aware and that is the PS3 exclusive Yakuza: Dead Souls. 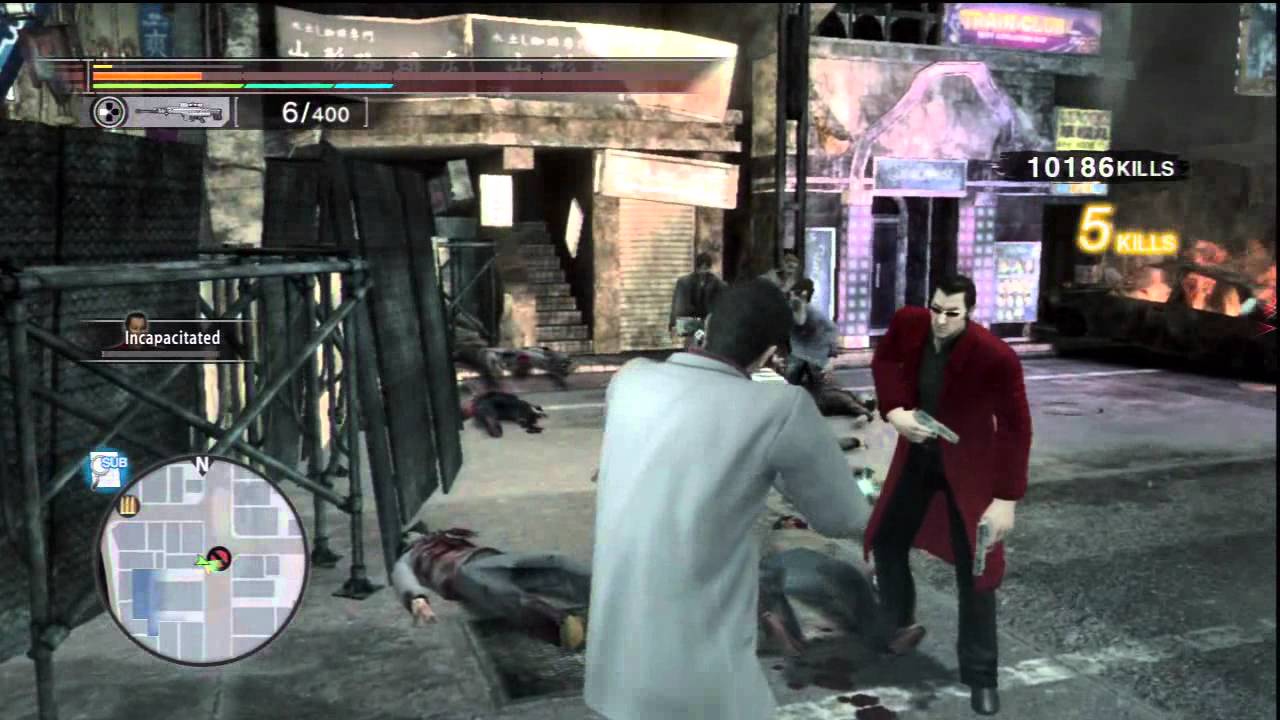 The game is a side story that takes place a year after the events of Yakuza 4 and is not part of the actual Yakuza canon. A sudden outbreak in Kamurocho turns everyone into zombies and it's up to Kiryu, Majima, Goda, and Akiyama to find the origins and put a stop to it. The game is the typical "Kill all the zombie hordes" type gameplay using a variety of unique weapons and vehicles. 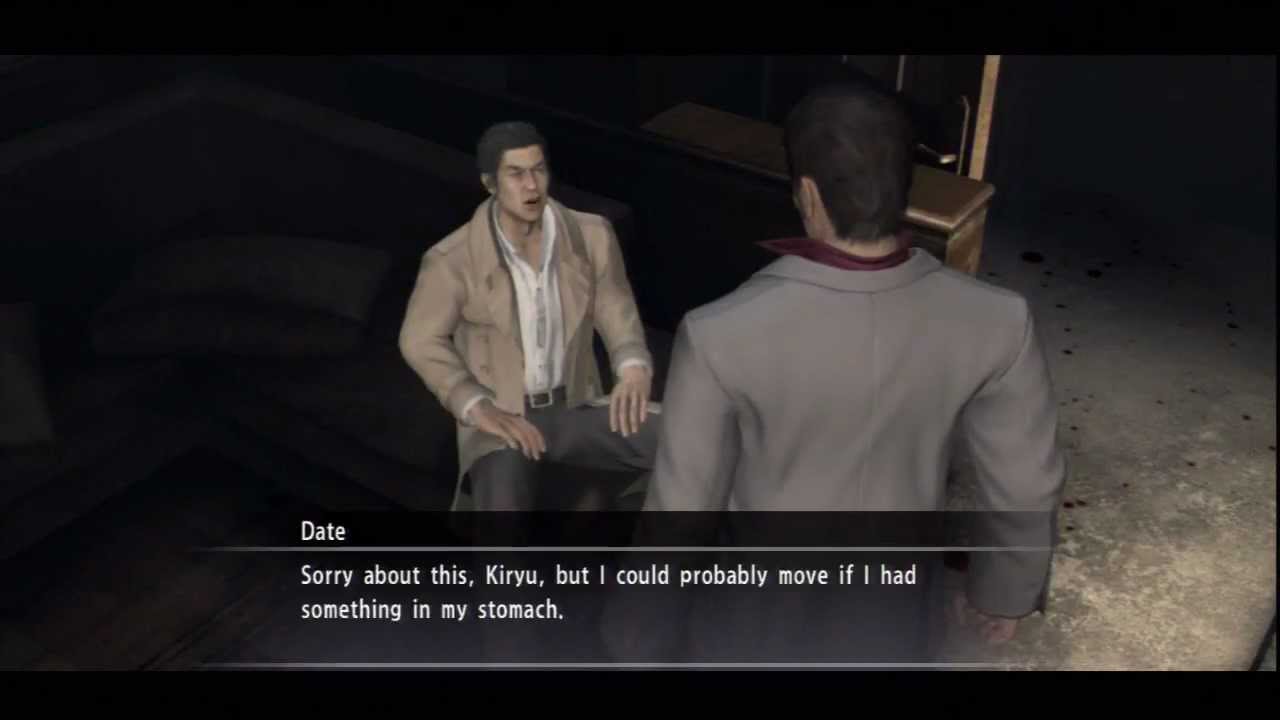 Honestly I'm sure the series could have gone without it, but I think this was released during a time when zombie killing games were making a rise in the general market with such releases as Left 4 Dead 2 and Dead Island. The game itself did fairly well but not quite to standards as the rest of the Yakuza series. Regardless, if you're a huge fan of the series and feel like doing some casual beat'em up/shooting style combat against the undead with your favorate characters, hunt down this game and play to your heart's content!

There are, of course, a lot of other games and series that were ps3 exclusives that never entered the remaster era including games like the Resistance series, Heavenly Sword, Spelunker HD, and the Tales of Xillia duology. What other games would you love to play again that are still currently PS3 exclusives? Are you happy to finally play Demon Souls again in all of its remastered glory on your brand spanking new PS5?