Stop me if you’ve heard this story before. A long time ago, men and monsters lived together, until war broke between the two. Humans, victorious, forced the surviving monsters underground. But this could all change after a child falls down Mount Ebott...

Of course, you’ve heard the story before. Undertale was the independent success story of 2015. For a time, it was impossible to go anywhere online without hearing about the game. Its growing fanbase became its defining feature. And with so much exposure, so many people talking about it, there are pretty obvious downsides. Fatigue settled in for many, and some newcomers got their first experience spoiled by people forcing them to play a certain way. A cycle that poisoned the well and made level-headed discussions on the game rare. Even now, Undertale’s place on the internet is mainly as a tapestry of post-ironic bad time skeleton memery.

But we’re getting so far removed from the game itself at this point. This is a real shame, as the parts of it that shined five years ago are still so bright today. The wonderful soundtrack, always fitting the mood. Always sounding so… Undertale. The quirky battle system, creatively mixing turn-based gameplay and shoot-em-ups in a satisfying mix. The loveable characters, bosses and NPCs alike, always with something witty to say. Well, not always. Sometimes they’re also endearingly witless!

There’s of course more to enjoy from the game by going in blind, letting the game blindsight you a few times before the (relatively short) journey is over. But, even in my replay, I was shocked by what I was able to discover. When exploring a bit more, when trying out a few more things, there’s often something waiting for you. Maybe a reward for your curiosity, perhaps a nudge that lets you know you’ve not outsmarted the game yet.

And what’s really impressive is that this little adventure, that did so much right and even took over the internet, was the project of a tiny budget and a small team! The original Kickstarter raised fifty thousand dollars for the project. Toby Fox also apparently worked on the game in webcomic artist Andrew Hussie’s basement. Undertale is small. Shockingly so. And yet, by the hard work of its creators and the whims of success, it became so much more. 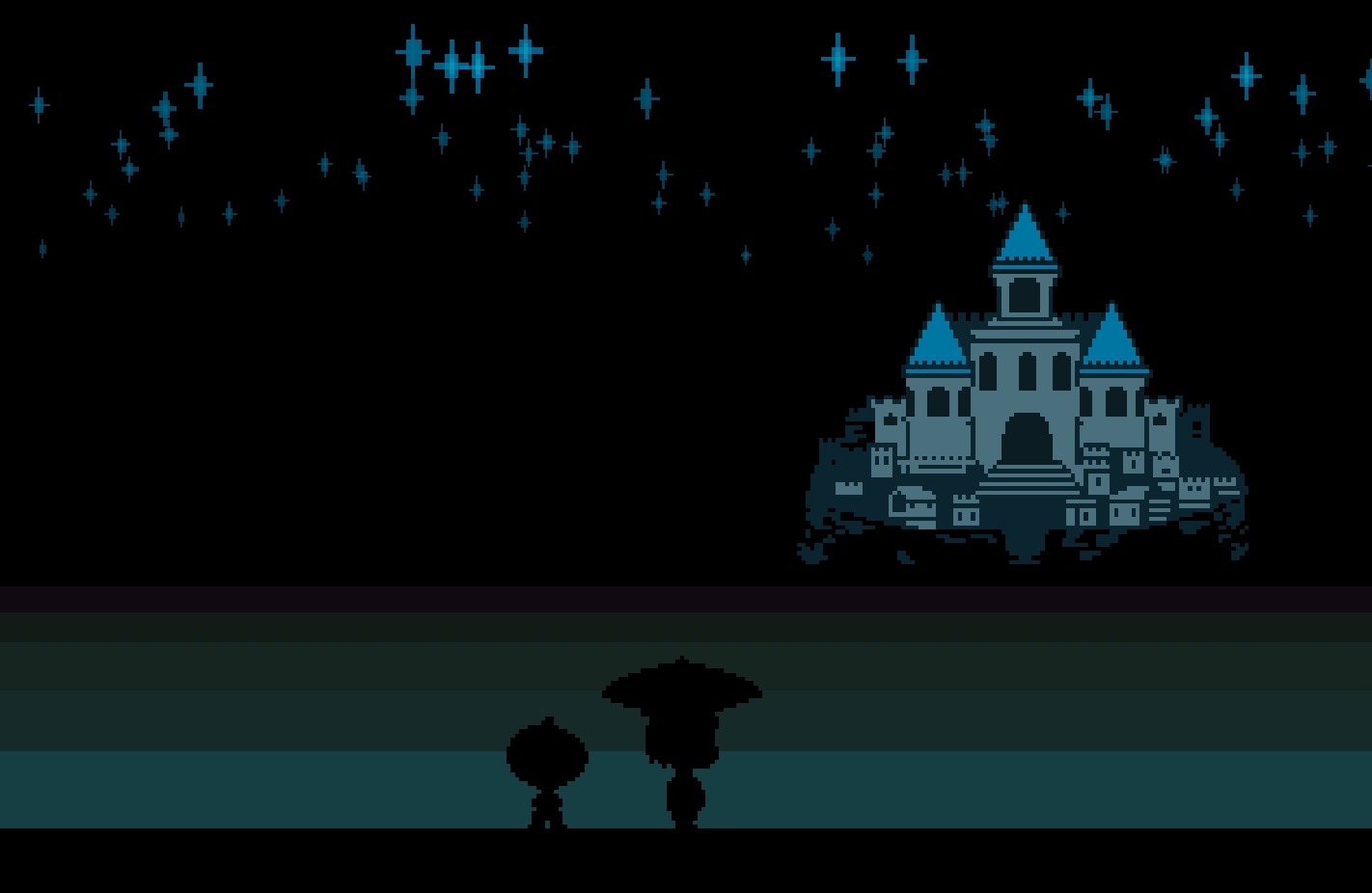 So, where am I going with this, exactly?

I’m not exactly sure. I guess I’m trying to say that it’s worth looking past the unfortunate consequences of popularity when considering a game. Because outside of the bubble of the extremely online, there’s a world of wonders to discover.

Every day, musicians play beautiful songs, friends chat about the future, toddlers say their very first word, and nurses get to tell patients that everything will turn out okay. And in the middle of it all, people are discovering one of their favorite games for the very first time.

Isn’t that kind of comforting?

I’m excited to see what the next generation brings us. I’m of course looking forward to Deltarune, Guilty Gear Strive, the NieR Replicant remake, and the next project from Extremely Okay Games. But what I’m most looking for are the things I don’t know about yet. After all, it’s not like I was aware of any of these wonderful games seven years ago!

So long, current-gen, and thanks for the memories. And welcome, next-gen. Happy to have you here.