My reluctant transition into the digital age

I have always advocated for the ownership of physical media, right from the time when "eshops" and other similar digital services became available on console. I hate the idea of owning software that I do not have full permission to use - DRM and other piracy prevention strategies have the negative side effect of making it so that I do not really own the games I own, despite having paid full price for them. At any time, the service I use to play said games could be rendered useless. It is why GOG is better than Steam, and why physical media rules. Though this is quickly becoming less relevant as time goes on.

Today if I buy a game on a disc or cartridge, it is most likely that I am either going to have to install a portion of it on my console, or download a large upgrade of some kind - up to and including a full game, if that game has changed drastically enough over time to where it is near unrecognizable from its initial release state. For me it makes physical media moot, and little more than an additional inconvenience - rather than having my software available on the hardware anytime for use, I now need to make sure I have put in the correct media to the point where I am dismayed now when I want to play something that I didn't download. It's a contrast that has become more apparent as time ticks away, and as we gradually transition into a world where physical software releases are going to be increasingly more rare, including the brick and mortar establishments that generally keep them available for purchase.

This weekend, my cousins gifted me an Xbox One S, for the sole purpose of us being able to play additional games online with one another. A generous gift, and not the first of its kind. We had been discussing it more frequently as I was discovering what Game Pass was all about, and becoming intrigued about the idea of a subscription model for playing games. I game regularly, but I am rarely enticed by new relases. They have so much baggage, so many uncertainties about their longevity, and a growing paywall that I am less interested in breaching, especially with the current global climate of pandemic life. This last few months has felt like FOMO recovery training in a way - I am out of stores, I am not constantly being bombarded by advertisments, and so that impossible to scratch itch of constantly staying ahead of the curve has been diminished greatly. It has been replaced with the appreciation of the simple conveniences afforded by an increasingly digital influence in our lives, and how so many services have been evolving (or dying) to accomodate the growing need of people to be autonomous in the way they conduct their daily business. My own industry is thriving thanks to COVID, as we manufacture a product specifically geared towards this kind of automation.

Immediately upon signing up for an account, I was impressed by how accessible all of the Xbox services are. Apart from immediately filling my hard drive with a complete collection of Xbox games thanks to Game Pass, if I wanted a new headset or controller delivered to my house, I can click a button, in the Xbox interface, and it's done. In 3-7 business days my new gear will hit my doorstep. 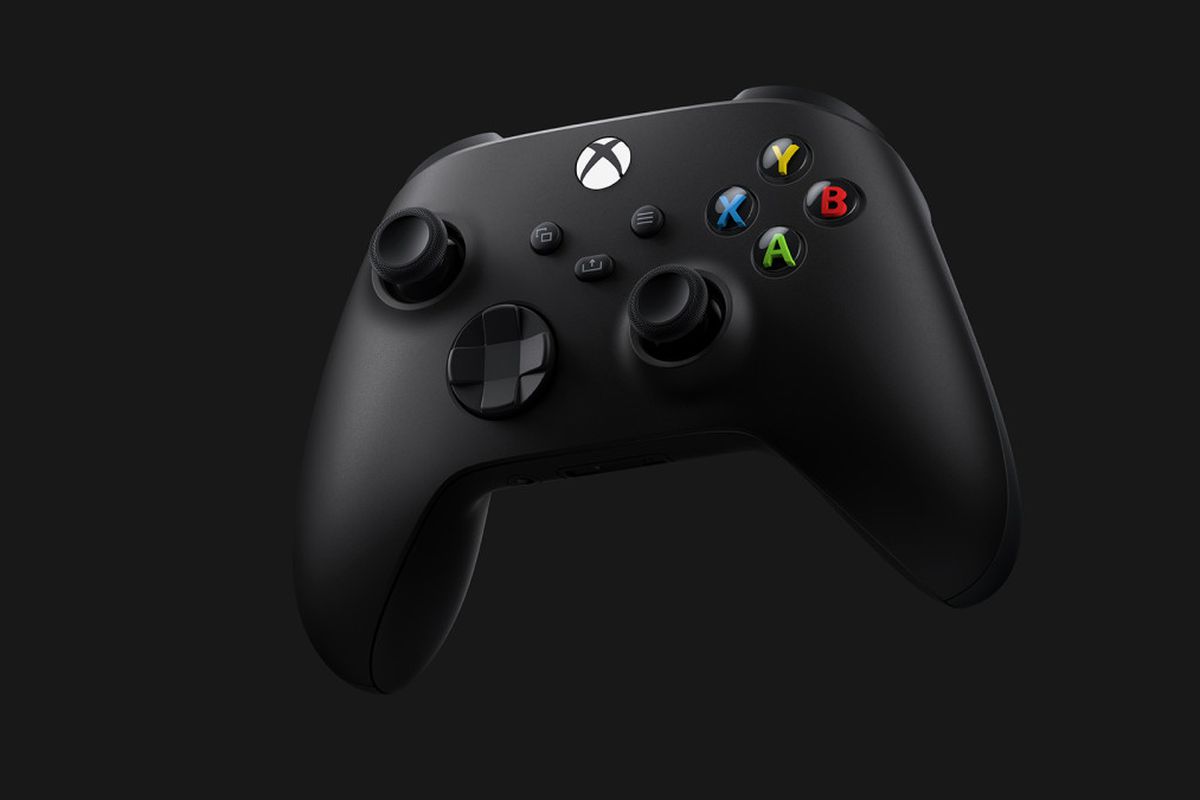 You have to understand just how impressive this is to a guy who keeps a CRT TV and original PlayStation in his room. Who collects big box PC games, and cloth maps. Whose NES library is bigger than his entire game collection for all other consoles combined. I am a poster boy for a stubborn thirty something who actively resists change based on fear, and often irrational reservations. I will be the first to incessently complain about having to download an update. And up until now, my digital collection of games (save for Steam, which was fuled exclusively by compulsive purchases of "summer sale" titles for less than a dollar) has been conservative. For the Switch, also gifted to me, I made a solid effort to stay "physical only". But now, my tune is changing.

I still don't love the idea of paying full price for a game that I don't really own. But I am completely comfortable with paying a monthly fee for a collection of games that give me no false illusion about my ownership - so long as the service feels fair, is not being used as a ploy to "upsell" additional products, has a good selection of solid content rather than just throwaway junk, and is reliable. Stadia had me intrigued for a micro-second before I realized that I would still be paying full price for all my games. Other services have come and gone and missed key elements of what makes these services work. But the ability to pay a monthly fee and be able to download titles from a collection onto my hard drive, and not need to be reliant on streaming or the hiccups that come along with that, is priceless.

Okay that isn't true; priceless is the wrong word. But there is a hotspot for pricing. Netflix in my area is being jacked up even more, and that is beginning to lose value to my family and I. With so many streaming options available, and us being subscribers of three different ones already, we are beginning to consider the possibility of canceling Netflix. Sometimes enough is enough. But at the price of Game Pass and what it offers, I'd be tolerant of an occasional small jump in price before the appeal wore off, because my usage will generally be high, and I can make sense of the value that is on the table for me.

Knowledge of these services, anticipation for, and the eventual adoption of a Game Pass sub has had an unexpected effect however - it has made me apathetic to the ownership of physical media. I have become numb to the overwhelming options when it comes to collectors/special editions, "limited" release physical games that can sometimes feel like an afterthought, or blatantly incomplete products that will not save my software from obsolescence once Nintendo, or whoever, decides that their service is no longer worthy of supporting. What does it matter that I have a Doom cartridge for Switch ten years down the road? It will effectively be useless out of the box without the ability to update it, and download the necessary files. Where is the appeal of owning a piece of plastic that is less than useless? I mean sure, I have a couple of "conversation starters" in my collection that have no use, like a boxed copy of Ultima Online that I keep around purely for nostalgia - but that sort of needless collection for nostalgia alone is outside the realm of the majority of gamers desires, and is mainly reserved for serious collectors. It is not "the norm" to keep outdated software around when it can no longer be used. It is in the wheelhouse of weirdos like myself who just dig that sort of thing. 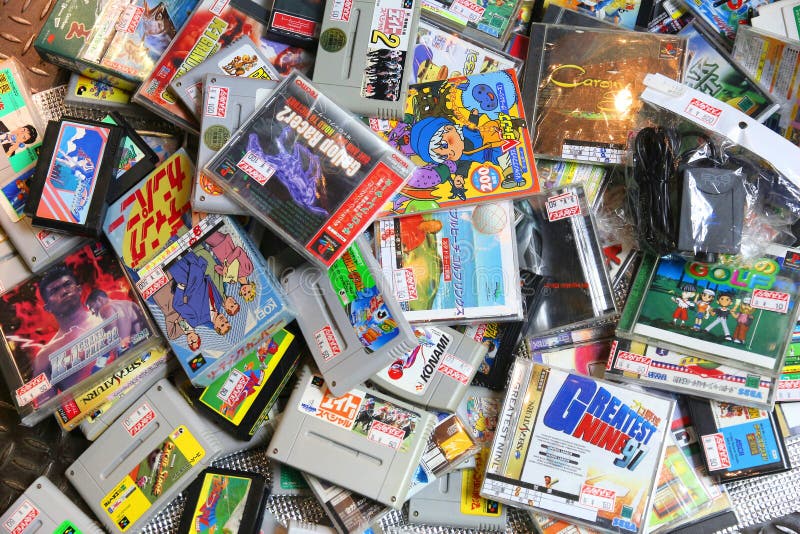 I am actually excited about the idea that I never technically need to buy a game again. Pay for? Sure. I want to put money into developers pockets, like any content creator whose work I enjoy. But own? What part of the software do I "own" if the physical media itself is a proxy download code for additional dozens (and now, even hundreds) of gigabytes of additional data necessary to use it?

I hoard enough trinkets and junk that the idea of ridding myself of several shelves full of dust collecting plastic cases is a relief in some way. I am also a tabletop gamer. If you are you can relate to the pain of having a basement chock full of boxes, plastic miniatures, paints, or whatever else your hobby requires. If you do both, like I have for so long, you are likely a masochist. But I only have those things because they are integral to the experience of tabletop gaming. The same experience doesn't exist without them. Yes, there are proxies available - including very good software you can use to play said games - but the heart and soul of tabletop games is the face to face interactions with other players around the table, and tactile feel of the pieces in your hand, and the aesthetics of the art and design elements present in the flesh.

It's not to say that games don't also have a tactile nature. I love some of the games I own, their art, and other elements that would be superfluous to most. I realize that this is VERY important for some, as it has been for me. But I get exicted for, say, that copy of Doom on the PlayStation with the big rectangular box. The nostalgia of holding a Mario cartridge in my hands, the same way I did when I excitedly opened our Nintendo for the first time at the age of five. The tactile element comes from the memories of the media itself. I didn't "feel" anything when I picked up a physical copy of one of the recent Call of Duty games. I did it for the hope that it would cut down on some of the grief of download/install times. Sometimes, it does. Other times, I would have been better off downloading it. But the joy of the physical product has melted away. Now I just feel like these things are burdensome, and that they will be difficult to get out of my life later on, obvious perks aside, like being able to lend games to friends - a whole other conversation, as significant hurdles can also prevent that from being as easy as tossing your buddy a copy of Mario 3 to play over a weekend. 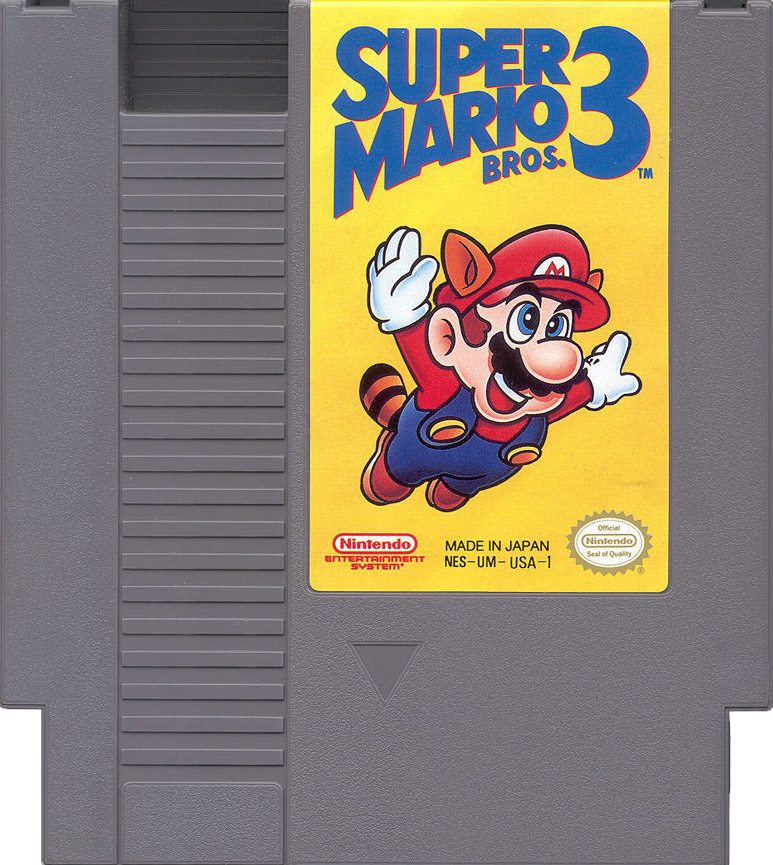 I guess what I am trying to say is - I am ready for this brave new(ish) world of games a service, at least in the context of the delivery method. I don't like that every game out there seems to need some "season pass", or some other de facto subscription to continue siphoning money out of players. But I generally research that before hand to make sure I am not buying something I find disagreeable. This is the first time in years I have been remotely interested in the Xbox brand, and it has fired up my anticipation for the new systems when they come out later this year. I think it's smart, forward thinking, and consumer friendly how they are handling their services. Extended backwards compatibility and forward compatibility are the icing on an already pretty satisfying cake.