Genshin Impact is fun, but troubling

Genshin Impact is a fun little game that I've been spending a great deal of time with these past few days. It's full of charming visuals and characters, with some great art direction that merges Breath of the Wild with traditional anime aesthetics in a way that makes it really stand out. On top of this, it has a flashy combat system that rewards frequently swapping through characters in your party to chain together devastating combos, which feel quite satisfying when you manage to pull them off. Even more astonishingly, it's all offered for free in a package that feels like it could have gotten away with a $60 price tag. 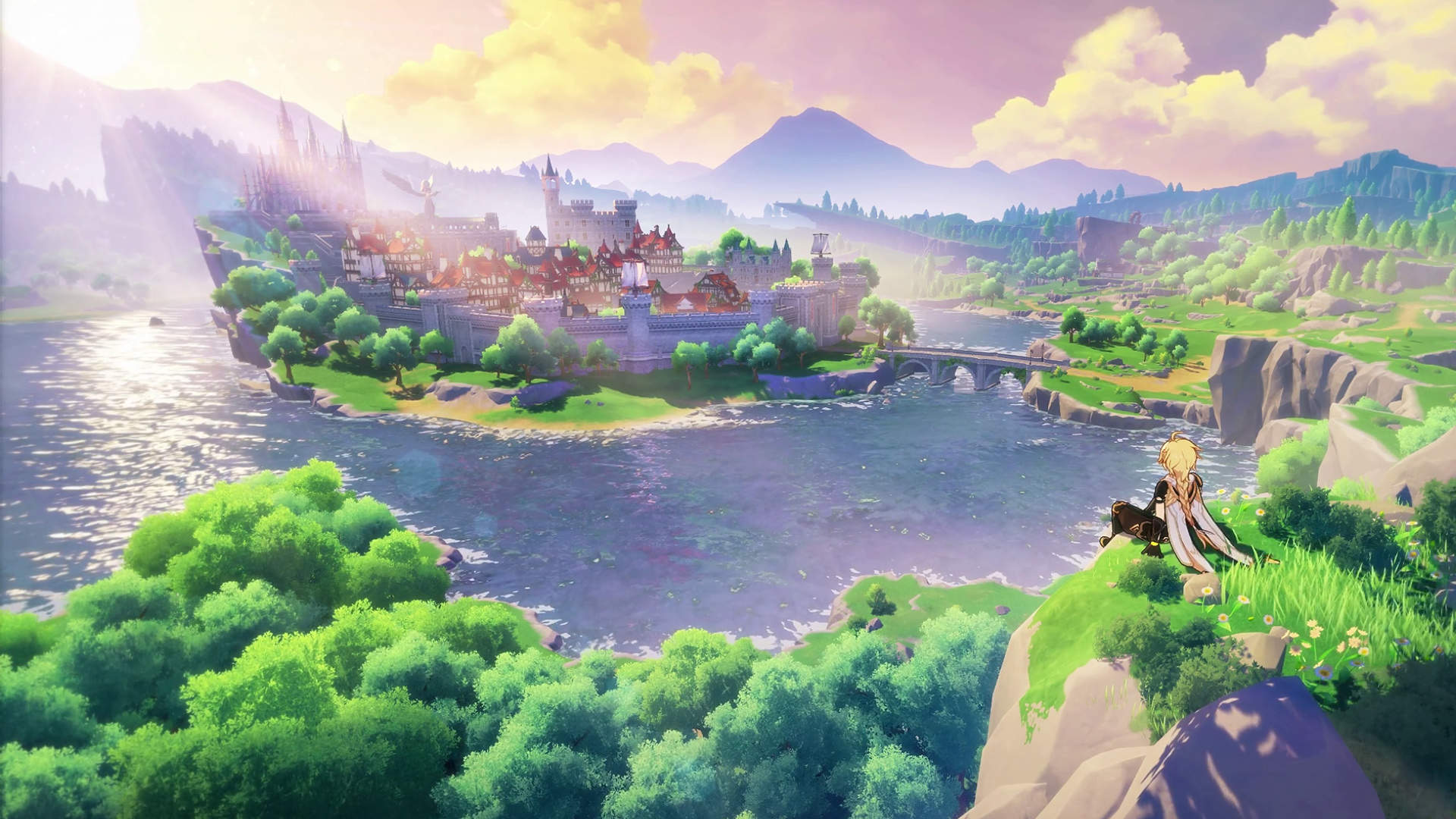 There's a lot to like about this game, but nonetheless I can't help but feel underneath all its charm and value, it belies a bad omen on the horizon. This is a single player game that ostensibly should have no reason to be tied to an always online connection if it weren't for the arbitrary gacha elements and F2P mechanics sprinkled in. For that reason alone, I don't want to see more games like it in the future. At least, not with this monetization model, but do keep the waifus and the charming BOTW visuals. :3

"Gacha" for those who are unfamiliar, is a microtransaction model that essentially functions like loot boxes. You spend a certain amount of currency, and in exchange you get to "pull" the proverbial in-game lever, which doles out randomized loot in the form of items, characters or other prizes.

No doubt being one of the first of its kind; a single player story-driven game with AAA production values running on a free-to-play model; I'm sure other publishers are watching it closely and already salivating at the prospects of copying it. Within its first couple of weeks since launch, it's already been reported that the game has garnered over 17 million downloads, and analysts have been projecting that it's on track to gross more than $100 million by the end of its first month. The issue here is not that the game is merely making a lot of money of course, but rather how it is making that money which is the problem. On the surface, there's nothing wrong with a great game being rewarded with financial returns; it's the implications and precedents it sets which are cause for concern.

While my time with the game so far has been mercifully generous and the gacha elements have been relatively unobtrusive, there is an undeniable reality that they impact the gameplay in various subtle ways. For instance, in a more traditional single player game, characters would be introduced naturally throughout the story and join your party when the narrative calls for it. But in Genshin Impact, acquiring characters is a central allure of its gacha mechanics. Most of its characters outside of the initial four that you pick up are locked behind gacha pulls, and are only accessible when you manage to get lucky.

This makes their implementation into the story somewhat clunky, as some characters you'll unlock long before they become relevant in the story; awkwardly remaining silent along the journey without any proper introduction, dialogue, or character development, while others you'll be introduced to and interacting with quite a bit but are unplayable regardless because you didn't pull the right slot machine yet. It's a curious design that only exists in the way that it does to serve the gacha pipeline. 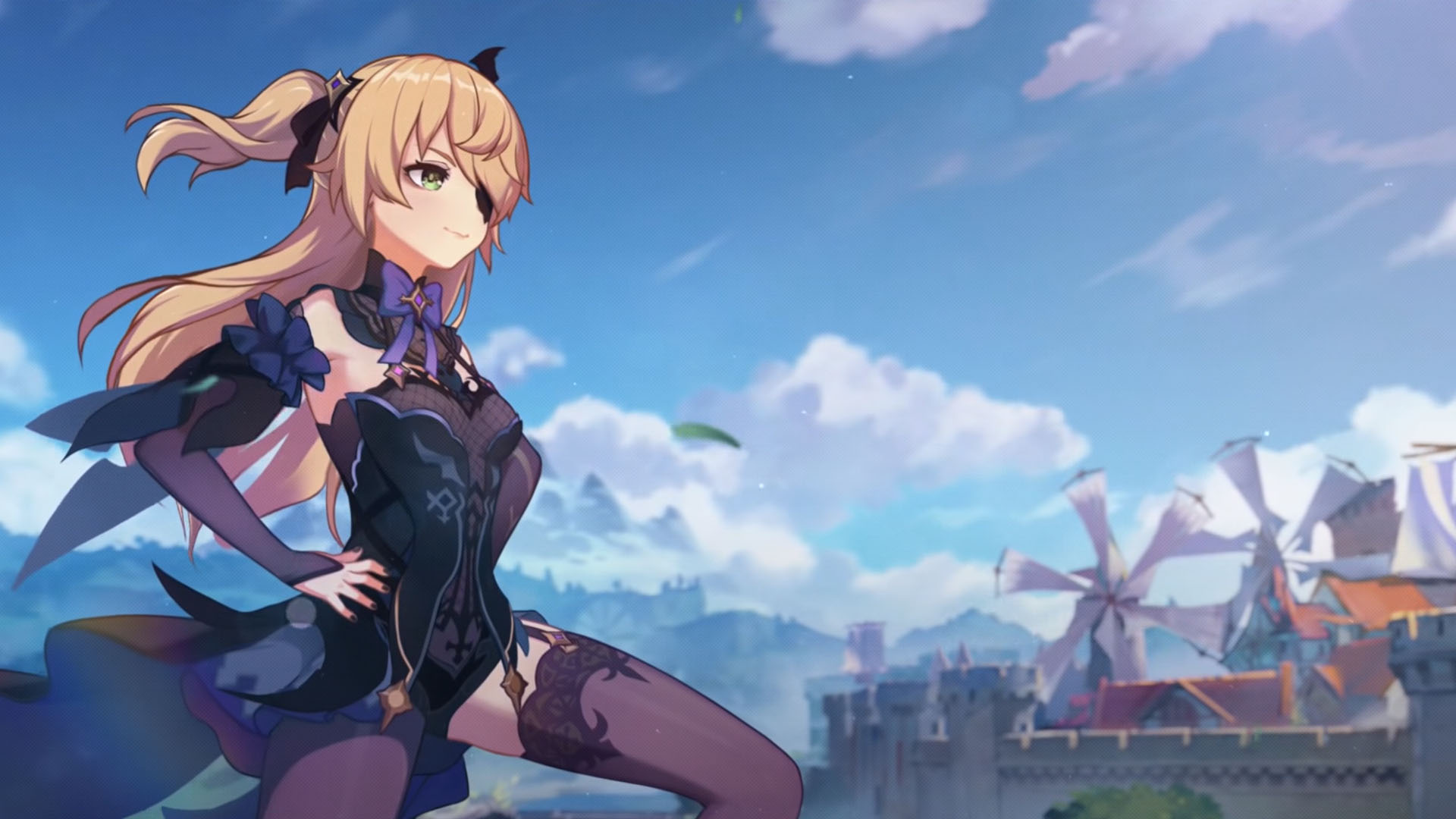 Imagine if Mass Effect 2's character recruitment revolved around this same mechanic. If you unlocked Garrus Vakarian before doing his intended introductory mission, it would ruin the surprise and big reveal of Garrus' return from the first game. Now of course, you could argue that Genshin Impact's story is written to accommodate its own gameplay system, so such problems like this would never arise, but that's precisely the issue. You inherently limit the kind of storytelling you can do in order to accommodate for gacha.

How do you handle a dramatic character death in service of the story? What about if the characters need to be separated for a period of time due to some calamitous event? The fact of the matter is, I already know that none of these characters I've been unlocking are in any real danger relative to this story; no matter how much they try and play up the impending doom of Stormterror or the vengeful wrath of some god. You're never going to have that jaw-dropping Aeris death scene because if somebody poured a lot of money into unlocking that character, they damn well better expect to be able to play them whenever they want.

Further, most traditional single player games tend to only use a single unified currency to drive the item economy, making it easy to judge the value of items and prices because you only have to compare them all against one thing. But once again in Genshin Impact, seemingly every conceivable item is tied to a different currency, which can sometimes be exchanged with multiple other different kinds of currencies if you don't have enough of the one you need, and it all quickly becomes a sprawling and confusing mess to follow; no doubt I'm sure to bamboozle customers into just paying real money to get things without thinking too hard about whether they got value for their buck.

Even the combat system I suspect has been affected in some way by this model; not just in terms of stats and progression, but also down to things like the lack of a lock-on targeting system in the controls. Breath of the Wild allows you to target and focus on the enemies that you want, but Genshin attempts to intelligently guess which enemy you're trying to swing at without really giving you the option, and while it is fairly smart at guessing correctly the majority of the time, when enough enemies crowd the screen at once, it can get a little lost, and I feel the only reason it works like this is to simplify the controls so that it would be more accessible on mobile platforms instead of allowing it to be uncompromised as a console and PC exclusive.

Look, I just want to have a rich story and deep gameplay mechanics to go along with my anime tiddies ladies and gentlemen. I don't think I'm asking for too much. Because truly I do play these games for the plot as well. The beeg plot. Bouncy plot. T H I C C plo--wait what was I talking about again? 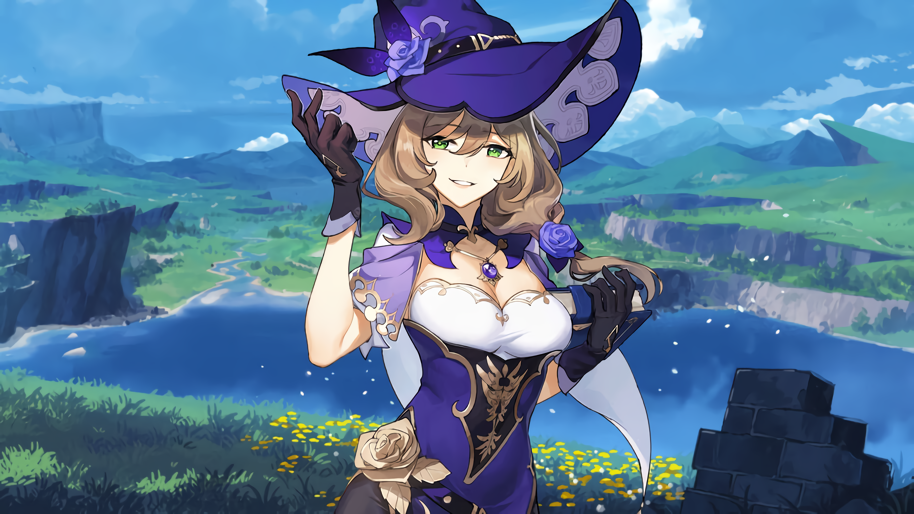 But most importantly, my biggest issue is that I don't want to see a future where a bunch of perfectly fine single player games are still tied to a ticking time bomb that, even if the gacha implementation is reasonable, the servers will eventually get shut down when the profits dry up, making them all eventually lost to history. I would much rather just pay my $60 up front and be done with it. So with all this in mind, I haven't given this game a dime of my money so far, and I don't intend to in the foreseeable future, as I don't want to support this kind of model, and I encourage others looking into this game to do the same. If miHoYo were to offer an offline $60 alternative, I would gladly open my wallet, but that is unlikely to happen any time in the near future.

Unfortunately, with the amount of money Genshin Impact has likely already generated, my efforts are probably moot at this point anyway. The AAA publishing scene is one of constant escalation and pushing boundaries; because it's never enough to just be a sustainable business model. You always have to be making more money than the year before, even if such demands are inevitably unrealistic. I can only hope and pray that when the likes of EA and Activision get wind of this, we won't be seeing Star Wars Impact: Pull the lever for a 0.05% chance to unlock Darth Vader. While for the time being the convenience of a relatively AAA experience for the price of free is quite enticing, I would gladly trade it away for the long-term benefit of the medium.