Even if it's pointless, you still have to do it!

Night has long since fallen on our camp. I finally get the chance to sit with Tanaya by the fire. The fumes of the roasting meat, slowly turning above the flames, smell divine. She’s reading something on her holopad, lost deep in thoughts. I try my best to sit down without making much noise, but it’s a fruitless effort.

“Oh, look who’s finally showed up!”, she says, not even raising her eyes. “Here’s a question for ya... what do you think we’re here for?”

“That’s... one hell of a question to answer out of the blue. I’m guessing it came from what you’re reading?“

I didn’t have much interest in relics from the past. What wisdom could we gain from those who left us to deal with a ravaged planet? If the seasons are finally returning to normal, it’s certainly not thanks to them. But Tanaya has always had a curious mind, and I’m certainly not one to stand in her way.

“Yeah... Well, it’s about a game from that era”, she immediately replies. “And I know what you’re thinking. How carefree their lives must be if they find the time to write about that, right? Still, something about this seemed interesting. Says here that it’s a game all about perspective. Going wild with camera angles, for example. More importantly, it has different perspectives on the purpose of life. It’s also set in a far-off future, that way it’s possible to take a look at these topics through a different lens.“ 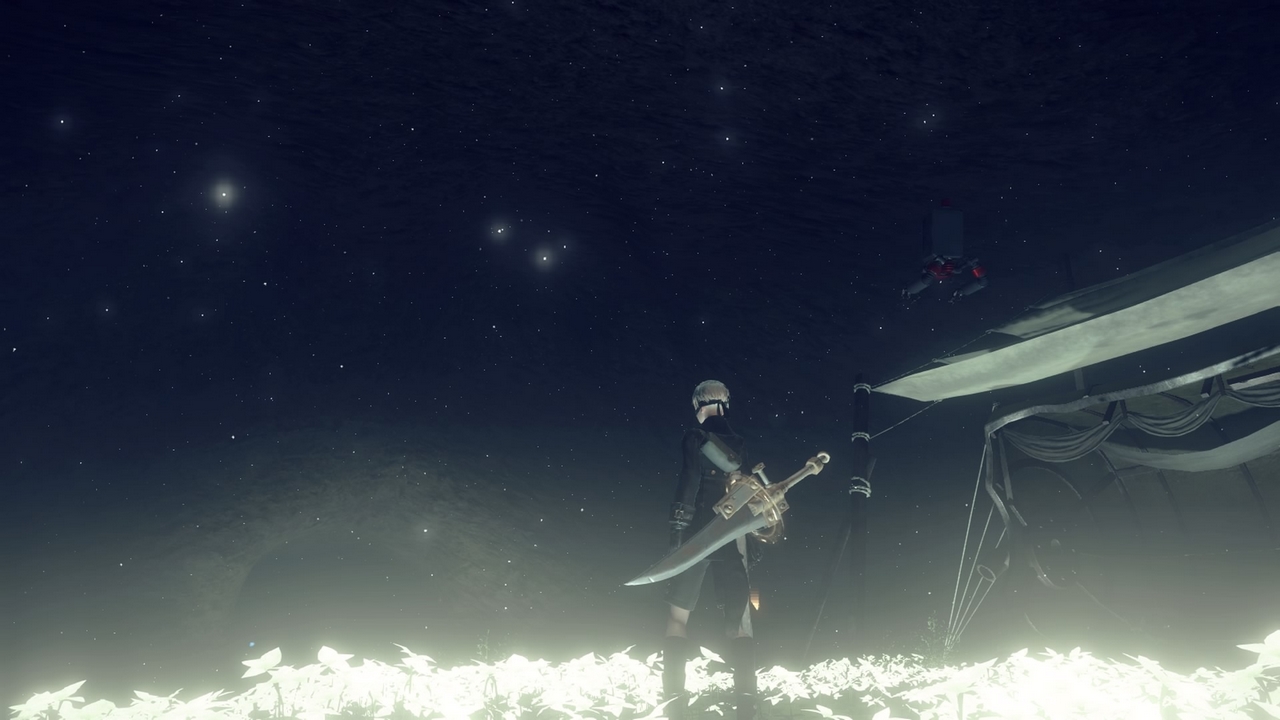 “Cute. Sort of like what you’re doing now, right”? I smile at her. She gives a small smile back, but...

“I guess. I have no idea of how accurate this all was back in the day, but it seems like the game explored answers to that question through entertainment, war, religion, and communities. I guess we never really took the time to think about it. I don’t have an answer either.”

“If someone had the answer, I guess we’d know about it by now” is all I can say. “Life keeps us busy, on our toes. And if the alternative is dying, I don’t think there’s much of a choice.”

“Hmm. Sounds like the director for the series particularly dislikes violence.”

“Yeah... in many of his games, the act of killing is made to be unsatisfying. Unfun game mechanics, unsettling music. Not this time around though... Sounds like a fun game with lovely music, where the unease is conveyed through writing alone. Here, take a look at this.“

I glance at the screen she holds in her hand. She highlights an important-looking section, all written in italics.

Isn’t it convenient that the factions at war, machines and androids, are essentially the same things? The senselessness of Automata’s war between the two isn’t much of a twist. It’s easy to feel it from early on. When the cards were laid on the table, even though I was right, I did not move to the next objective with a sense of satisfaction.

I thought about the situation for a while, letting scattered thoughts rise within me. The emptiness of the world took up more and more space until it felt almost tangible. These characters suffer the awfulness of war for what they feel is a greater purpose... And their greater purpose only exists to bear the pain.

It’s so human in how illogical it is.

The hurt on all sides, the lives lost, the stories abruptly ended. Is there anything worse than a war with no reason to be, than violence when peace is an option? Doesn’t it make your stomach turn? When everyone is on the same boat, we still manage to turn against one another. Why is it so easy to insult, to find scapegoats, rather than coexist and work together for a better world?

To describe NieR Automata in a word, I wouldn’t use “clever” or “subtle” per se. I’d choose something like “raw”, or “genuine” instead. It’s a game that brings up ideas worth thinking about, without pretending to have the answers.

So you get to face these feelings on your own. 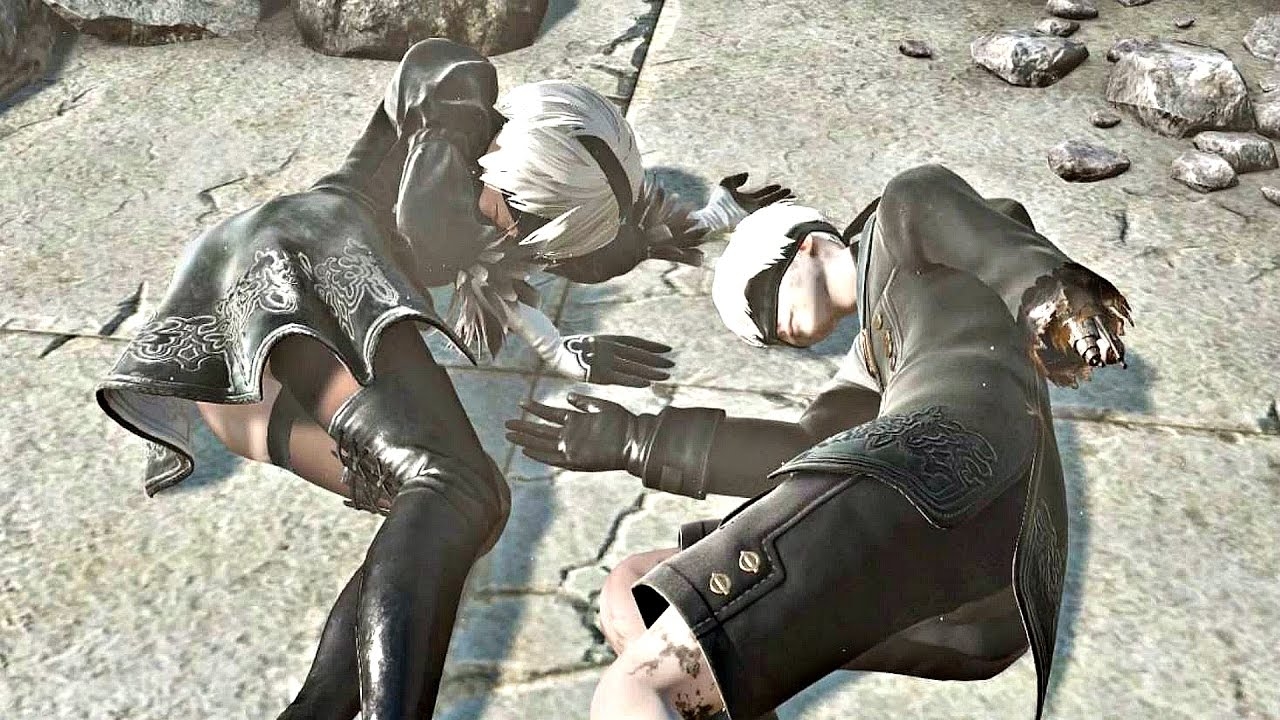 “So that’s what I’ve been thinking about”, she whispers a good minute after you stop reading. This all reads like these people had too much time on their hands. You do what you can to stay alive. I need to live to make sure Tanaya does as well. There is no need to get more complicated than that. Right?

She’s gazing at the pale moon above, short of breath. Who knows how long she’s been thinking about this? This doesn’t sound good for her. “Hey,” I say, giving her a light tap on her shoulder. “I think dinner’s ready by now”.

A glance at the meat’s crispy skin is enough to snap her out of it. She removes it from the fire and returns with two plates in tow. A liver for her, an intestine for me.

It’s a beautiful night, the stars shine brightly above, and the campfire is comforting amid these chilly autumn winds. The food looks cooked to perfection too. And yet... the flesh of our enemies has an oddly bitter taste tonight.

I pray the feeling away as I take another bite.