Games as Heart Vol I: Celeste

Starting line. You told him you were going to do the whole half-marathon. Stupid. So stupid. You are not even sure if you can hold on for half that. You let yourself get carried by a conversation. You spent way more time regretting your promise than to do something about it.

Why are you here? An inner voice mocks you, jeers, accompanied by the echoes of the words you said on that day. The road ahead looks like it is stretching into infinity. The crowds are towering above you.

Maybe this is the wrong story. Maybe you are at an entrance exam, and a few early questions have thrown you off your balance. You feel like you’ve been punched in the gut. You’re tilting. You just want to disappear, lie in your bed forever. But if you do that, you’ll never be able to get better at these exams. And so, you jump from question to question, desperate to get a grip.

You find yourself overwhelmed by problems of your creation. It’s understandable. We must all deal with it at times. To a certain degree, at least. But who would brag about it?

Celeste understands the struggle. A lot of games feature it, but this Canadian indie platformer is about it. That makes a world of difference. 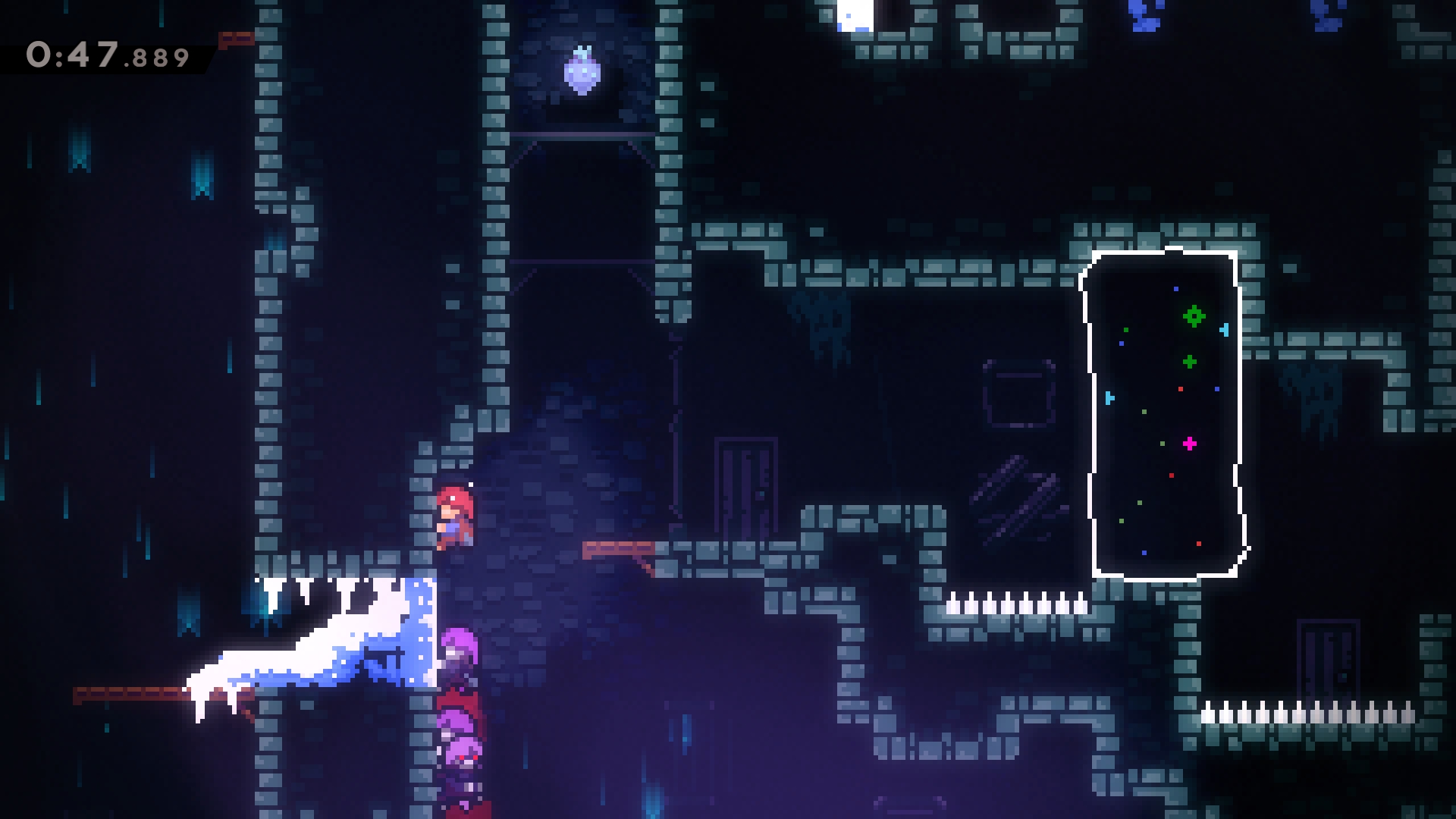 It’s not hard to make a game difficult. It's often the natural result of creation, on the contrary. The creator is intimate with the mechanics they’re assembling. They know the level design before they even get to play through a level once. This profound understanding of the work makes it easy to create challenging games by accident. You are just making something that feels natural, from an unnatural point of view.

Making a game difficult is the easy part. That’s why having meaningful difficulty makes all the difference. And Celeste excels at this. Every step of Madeline’s journey is as difficult for her as it is for the player. And it would be so easy for either of you to stop, right? Nothing is forcing either of you to climb a mountain, after all.

So… Why are you here? Why aren’t you listening to reason?

And yet, whereas Celeste Mountain is certainly harsh, Celeste the game can be surprisingly gentle. Like so many things in life, it’s not as hard as it first looks. And that’s very much on purpose. Every screen presents you with a new terror, an insurmountable hill to climb. Each successful traversal gives you some brief relief. Yet the next screen shows something even more terrifying. And yet, through all of it, the urge to give up does not take over you. Why? Because these sights, as scary as they are, need no pixel-perfect jumps. They need no split-second reflexes. The landscape just wants you to learn its layouts and to understand Madeline’s physics. No more, no less. No matter how impossible things appear at first.

And through these harrowing experiences, you grow. Going back to the game's first world is a mind-blowing experience. Screens that used to scare you can be beaten on the first try. Walls that seemed insurmountable almost feel nostalgic. It’s an experience that makes you proud of what you’ve accomplished. And maybe that’s just what you and Madeline need, right now. 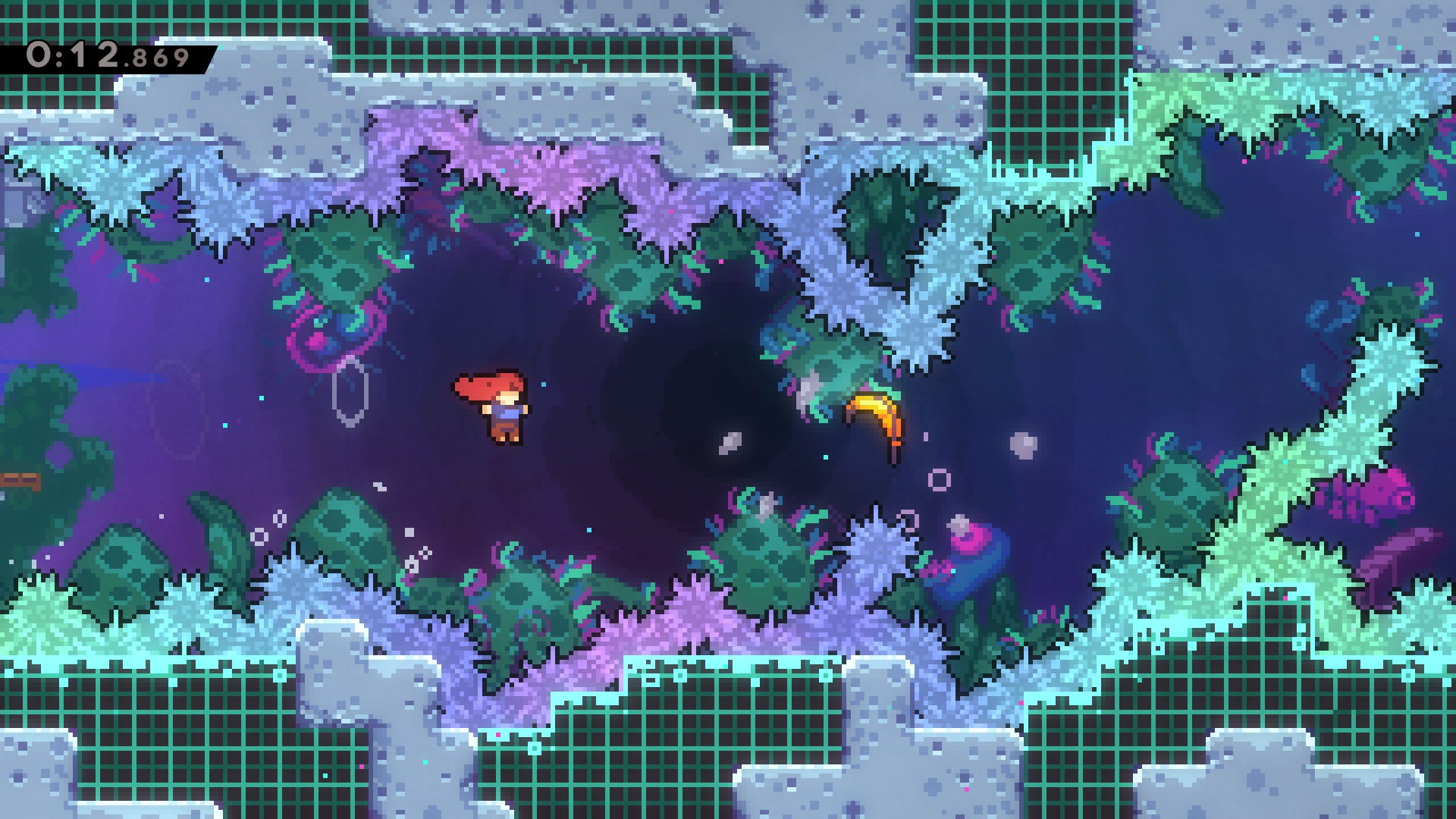 Maddy Thorson and the team at Extremely Okay Games have made something powerful with Celeste. They managed to make a shareable, memorable experience out a platformer that is unassuming at first glance.

They managed to make a game embody both fear and courage. One where map design, controls, and music align to amplify both anxiety and the all-too-important relief. This sense of comfort, of empathy, elevates Celeste beyond being a really good mountain-climbing platformer. It’s a game that’s refreshingly devoid of cynicism, one that lets you know that your efforts are worth it. In these difficult times, it’s all I could ask for.

It will all be okay in the end.”
Porter Robison, “Mirror”