This is a post I've been meaning to write a while ago. I kept delaying it because I was waiting for more people to play the game and the PC version to come out. Well, I guess it's finally time to stop procrastinating and write this thing!

Death Stranding has a big rost of characters and each of them has significant importance to the narrative. Today, I'd like to share with you my ranking for all of the main characters with a brief explanation as to the reason behind my choice. Of course, this is just my opinion and I'd love to read what other people have to say - you might post your own ranking if you wish!

There are Spoilers, of course!

This doesn't mean that Die-Hardman is a bad character... if I'm honest, I love them all! And I do feel a bit bad about placing Die-Hardman here not only because Tommie Earl-Jenkins delivered a superb acting in the final scenes, but also because his drama with Clifford Unger was very well-built.

However, Die-Hardman, for most of the game, is just that guy sending you to one place to another, and while it's fair to suspect of his personality, the character doesn't show a lot more than the "quest giver" trope until the third act. This is a good example of a good character that suffered from the game's pacing problem. 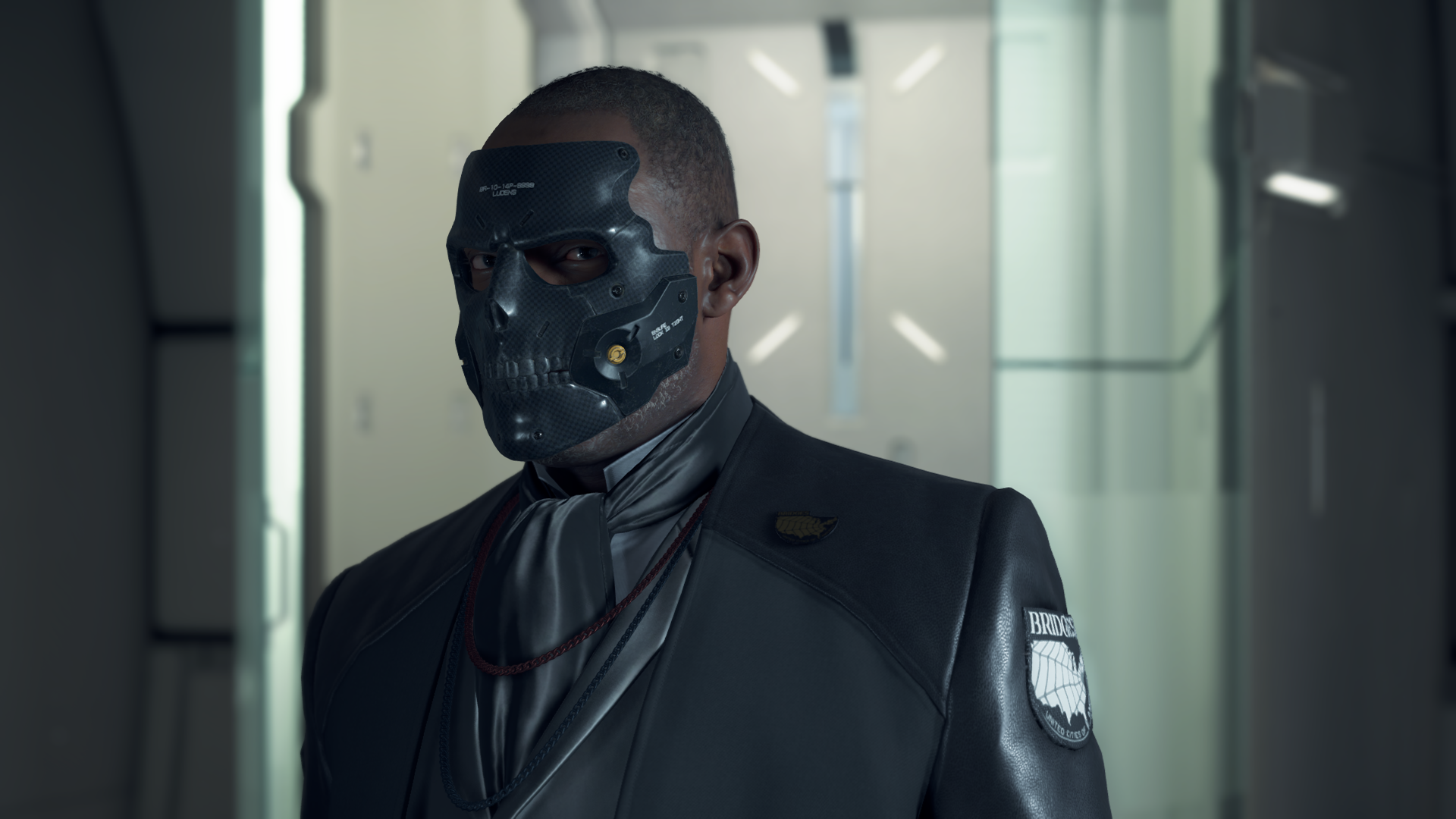 The fact that this character is called Deadman despite having never died became a reason for laughter early in the game. But as we discover the reasons behind the weird title, it becomes a clever way of making the audience reflect on our own "self" and what it means to be alive.

For most of the game, however, he got a bit lost in the "comedy relief" role, as well as being that guy who gives you orders and lengthy information about things. 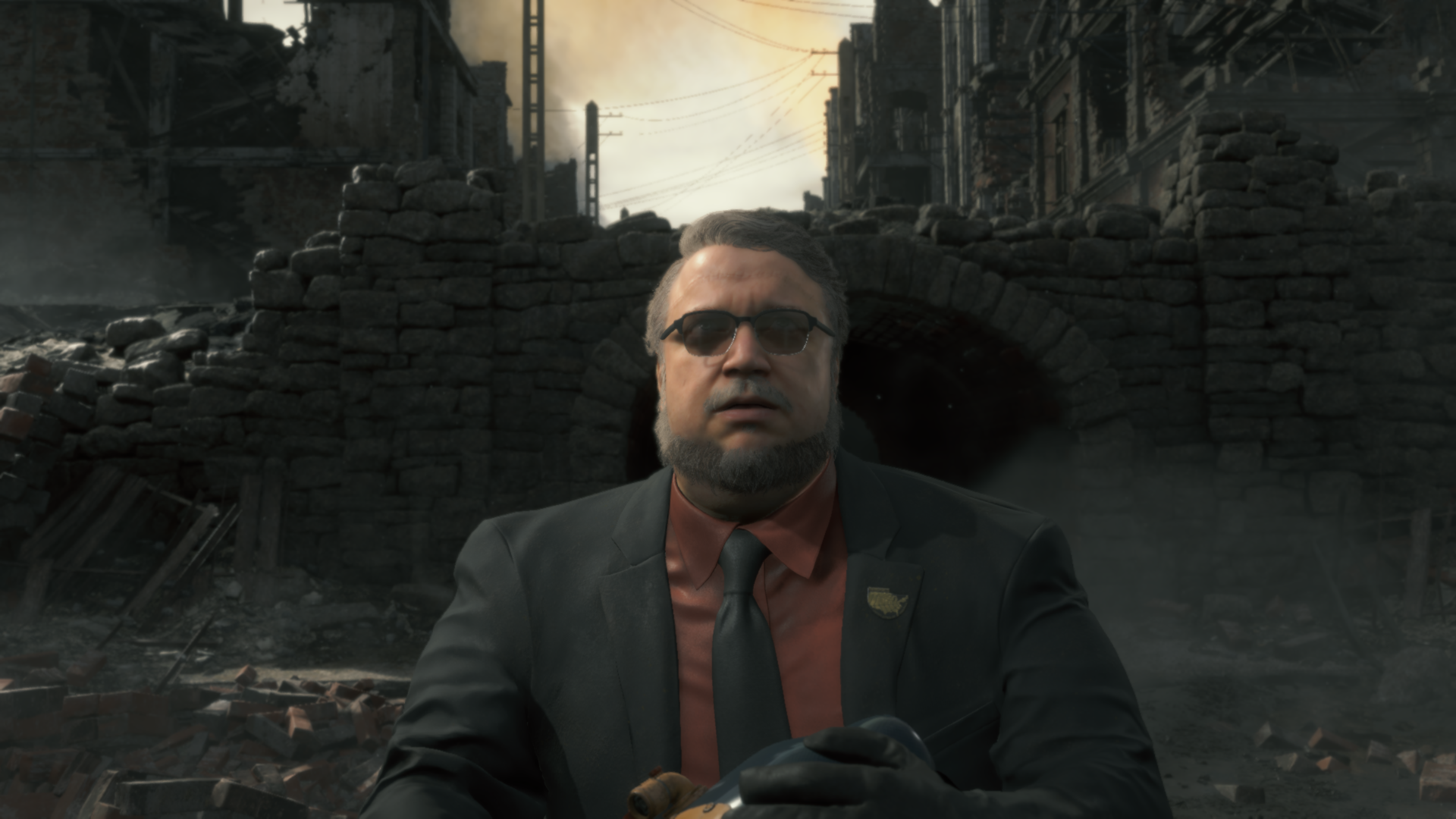 Amelie's is an odd case. I really like her character but I feel that she's shrouded in so much mystery for most of the game that it's hard to truly comprehend and appreciate her character until very late on. Purposely, of course, and she does have an amazing narrative surrounding her when one actually understands the essence of her existence. Still... it's a bit odd. 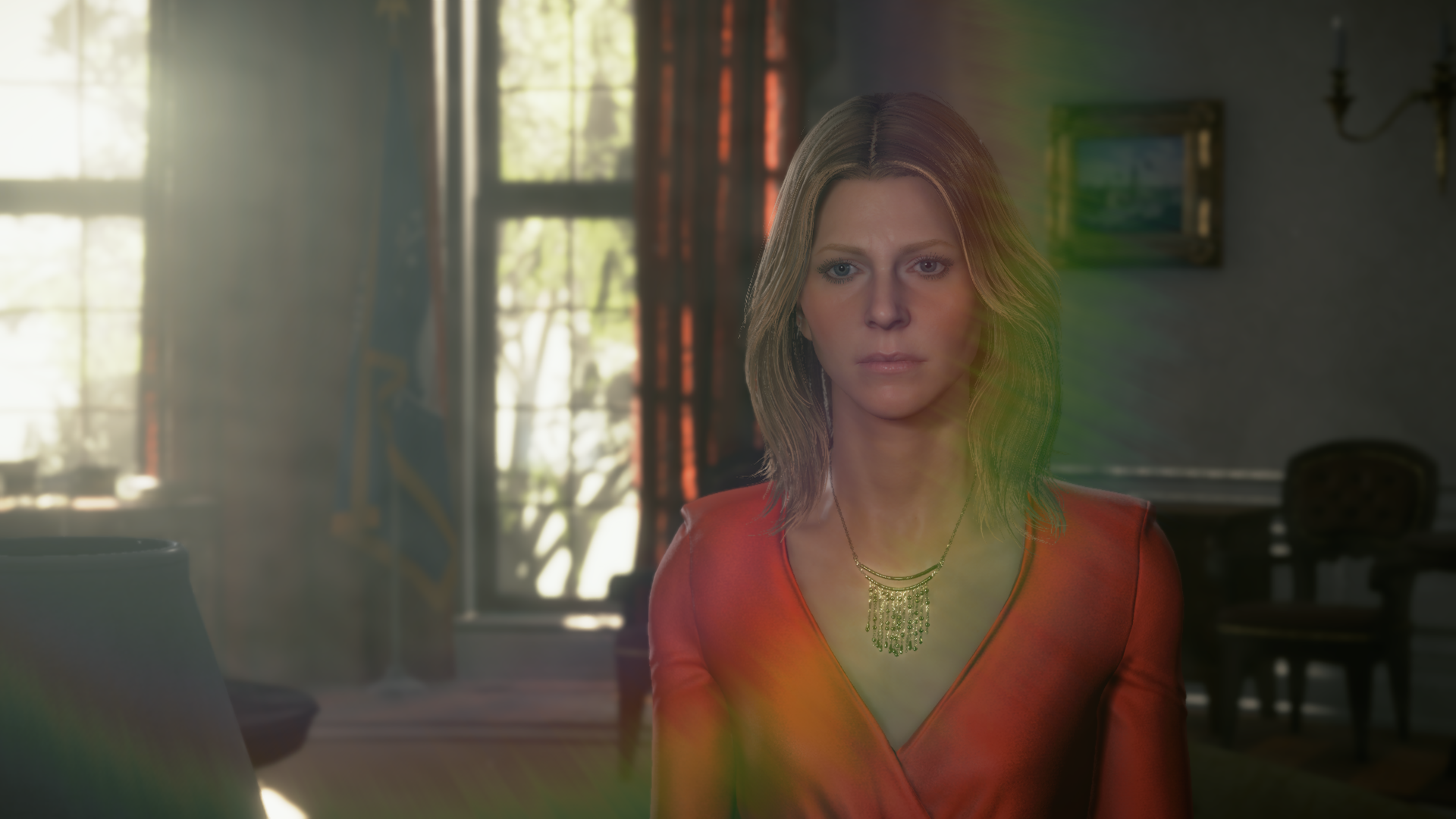 Because I'm Fragile... but I'm not that fragile. A clever way to use her name in what became a famous punchline in the game! Fragile is introduced as this mysterious figure that we're not even sure if we can trust and ends up starring an amusing and rather tragic love story.

Fragile is the first of the supporting characters to be explored in a subplot, which is only fair: she has been with us since the very first scene when we almost run over her with our motorcycle. She clearly knows more than us about this world, and her gentle but mysterious personality becomes ever more intriguing. 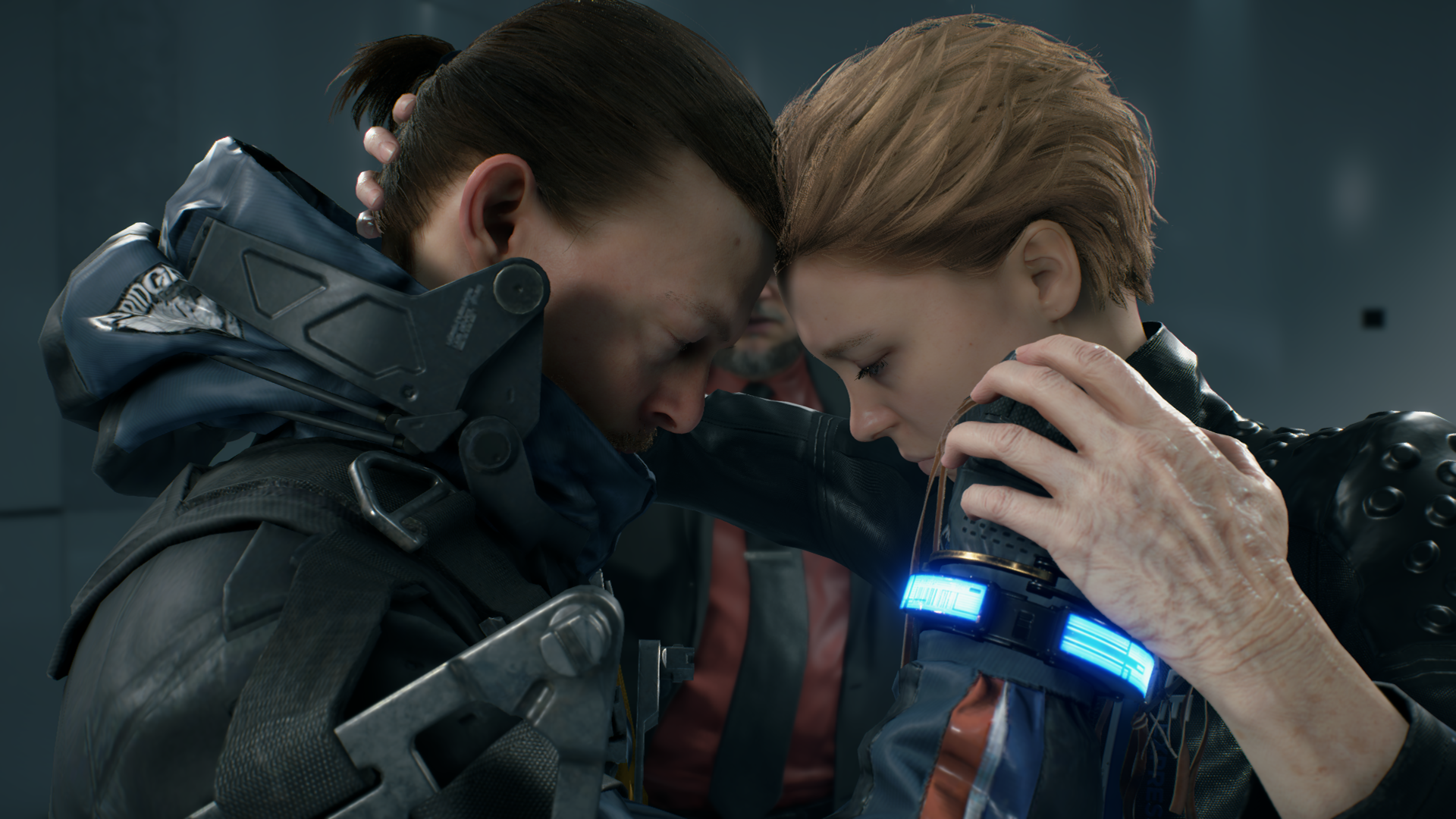 Her offerings of Cryptobiotes to Sam was a nice tool to show their relationship evolving - first, he refuses; later, he accepts; and finally he takes the Cryptobiote from Fragile's hands, a surprising and funny gesture.

The feelings that grow from this relationship are evident. This love is never directly explored but the gentleness of their touches and dialogue when Sam's about to be teleported is so well-acted! When Amelie is rude with Fragile... ugh, I wish I could've punched her! 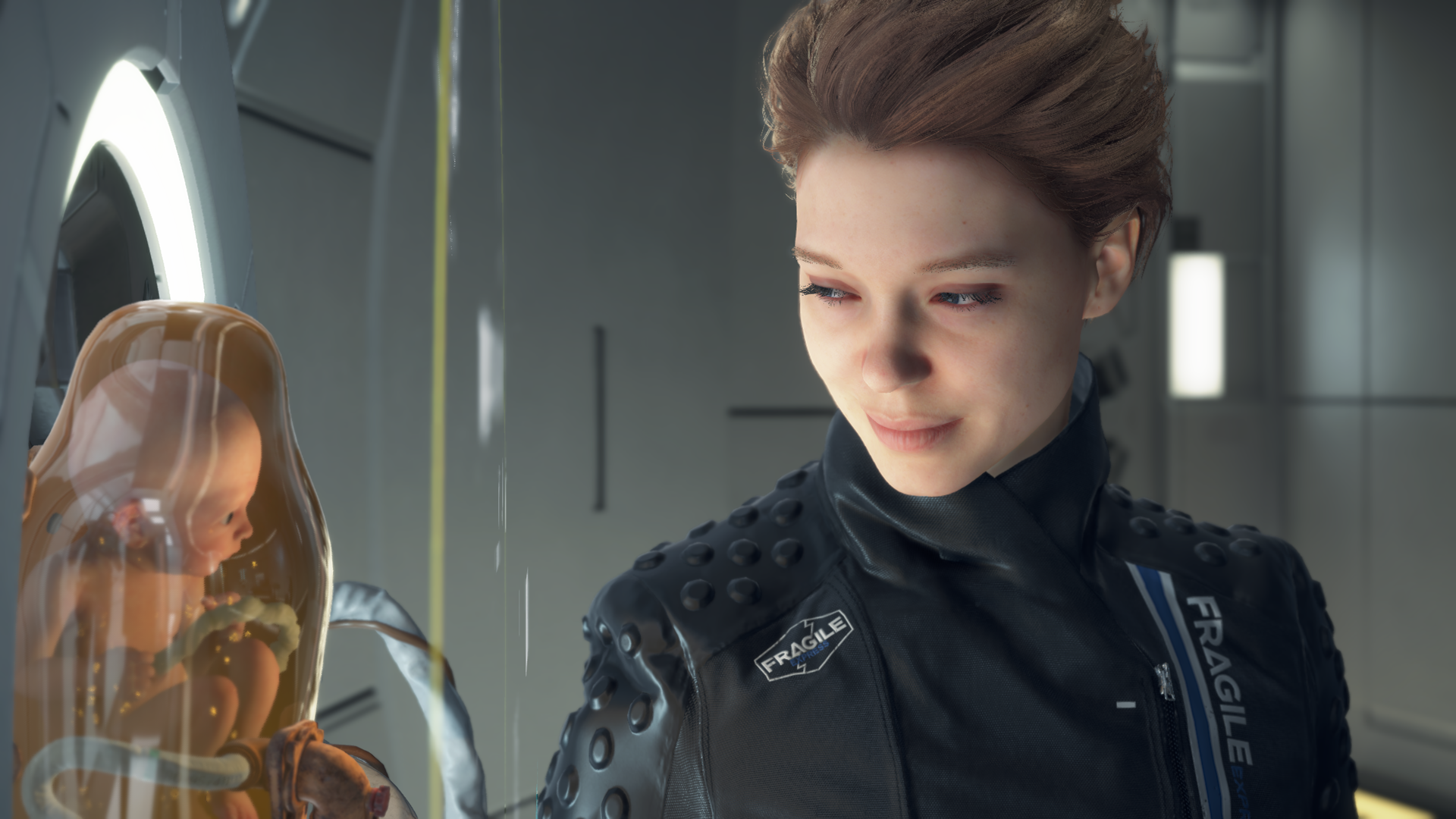 Heartman's personality is a mix of comedy, tragedy and the nerd guy who's always coming up with mad theories and explaining the complexities of the world. He and his e-mails are the most "hard sci-fi" of the game and considering the tone of Death Stranding, the game benefited a lot from his interactions. 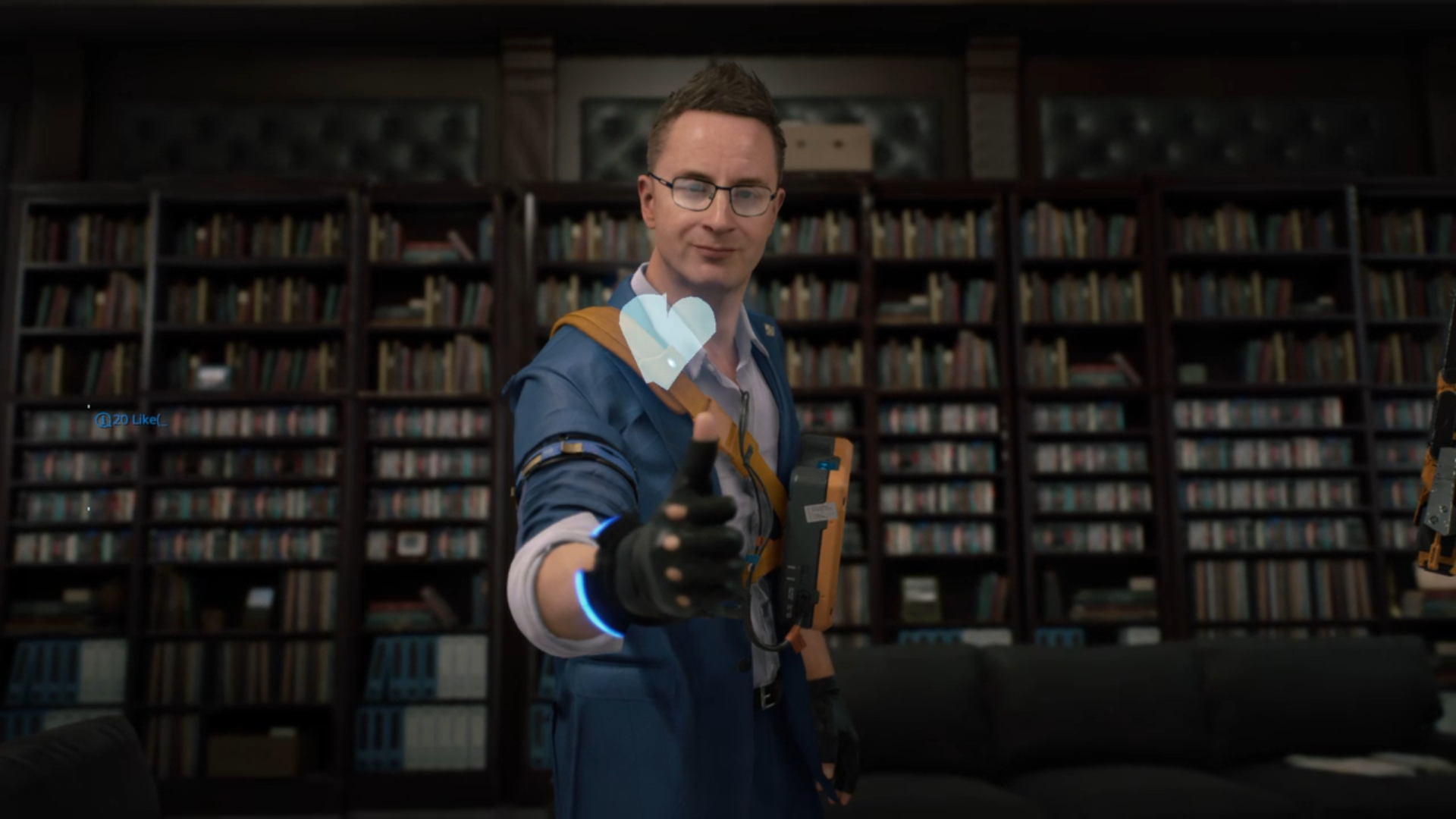 Mama's and Lockne's storyline is not the most wonderful but it hit in the feels when I experienced it! The whole story of their basically "sharing" a baby and then Mama living with the BT... it's terrifying, agonising but also beautiful and touching. It really made me think about the connections we forge with people (and things), and from the team of actress, Margaret Qualley's acting was the one I liked the most, especially since she played twins and was able to give a (slight) distinctive voice for each of the sisters.

Granted, having to carry her all the way to Mountain Knot City was a pain in the arse but that's forgivable! 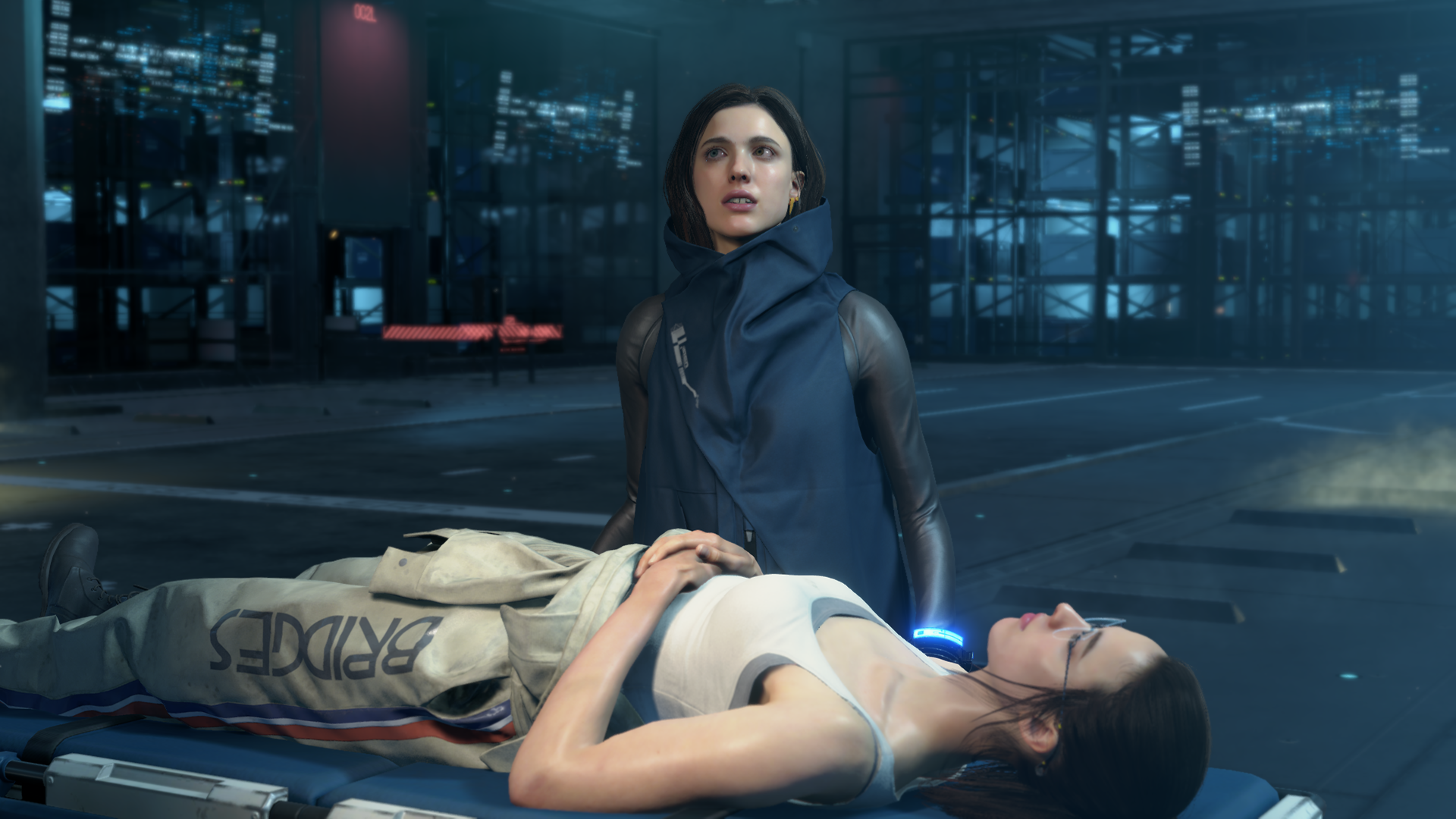 Sam is a nice character who follows a pattern not often seen in protagonists: he is a passive character, a type usually found in more minimalistic stories. I was intrigued by Kojima's choice in this regard, but it worked!... Mostly.

I wrote a review a while ago that now has been lost along with the Select Starters domain, but there I described how the game would've benefitted if Sam was a little more active! In some scenes, he seems more of a watcher rather than a participant character, and this is not very good for the leading role! 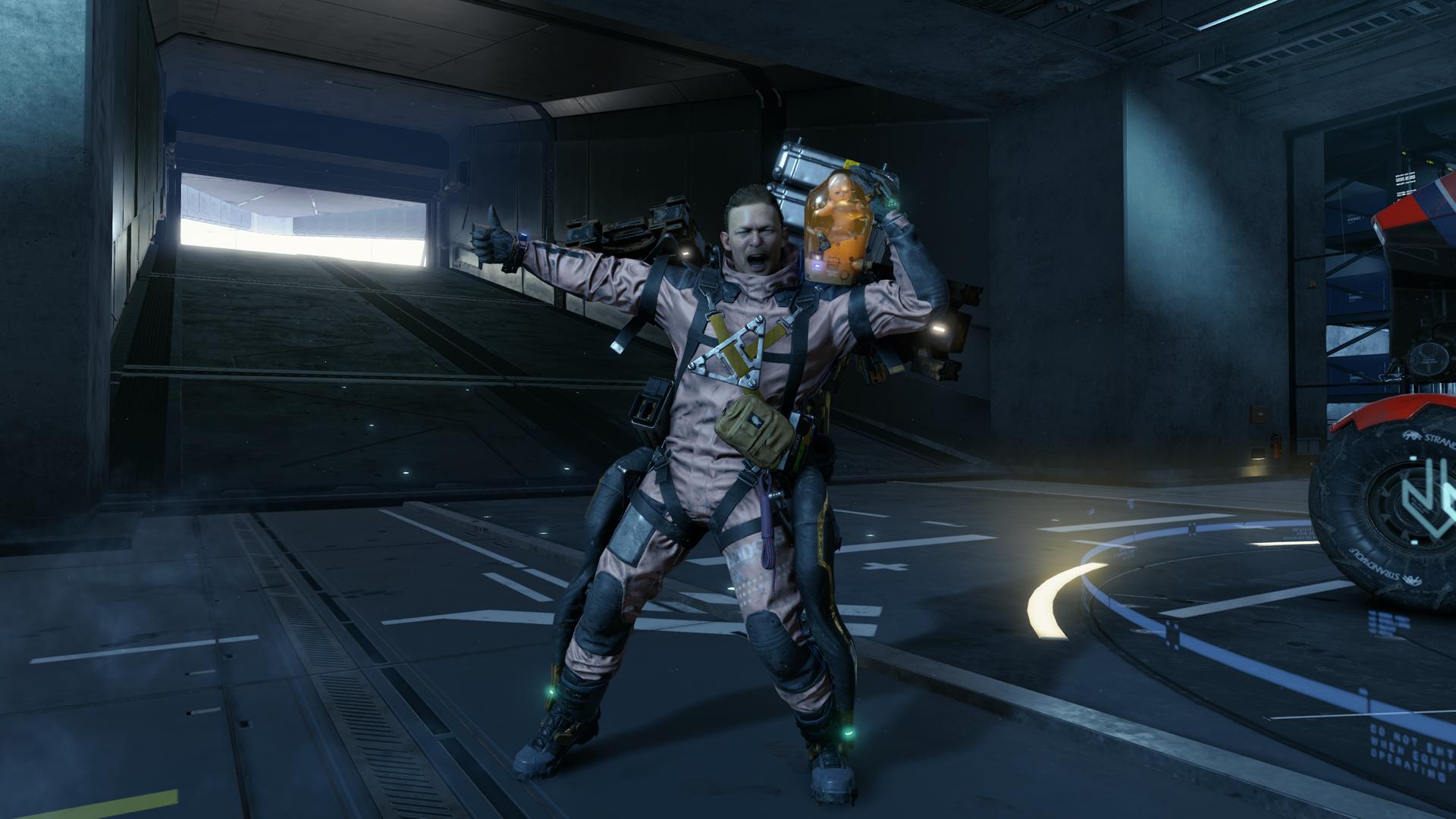 Sadic humour, a sense of ultimate power and Troy Baker... a prime combination that created Higgs, another one of the believed main villains of Death Stranding. We hear about Higgs before actually meeting him, and every time we encountered the character, we boasted that image of someone who's behind everything, who knows everything - plus some metalinguistic jokes!

But here comes the catch - Higgs is nothing but a pawn. We get to know and hate him until new layers of character are revealed. 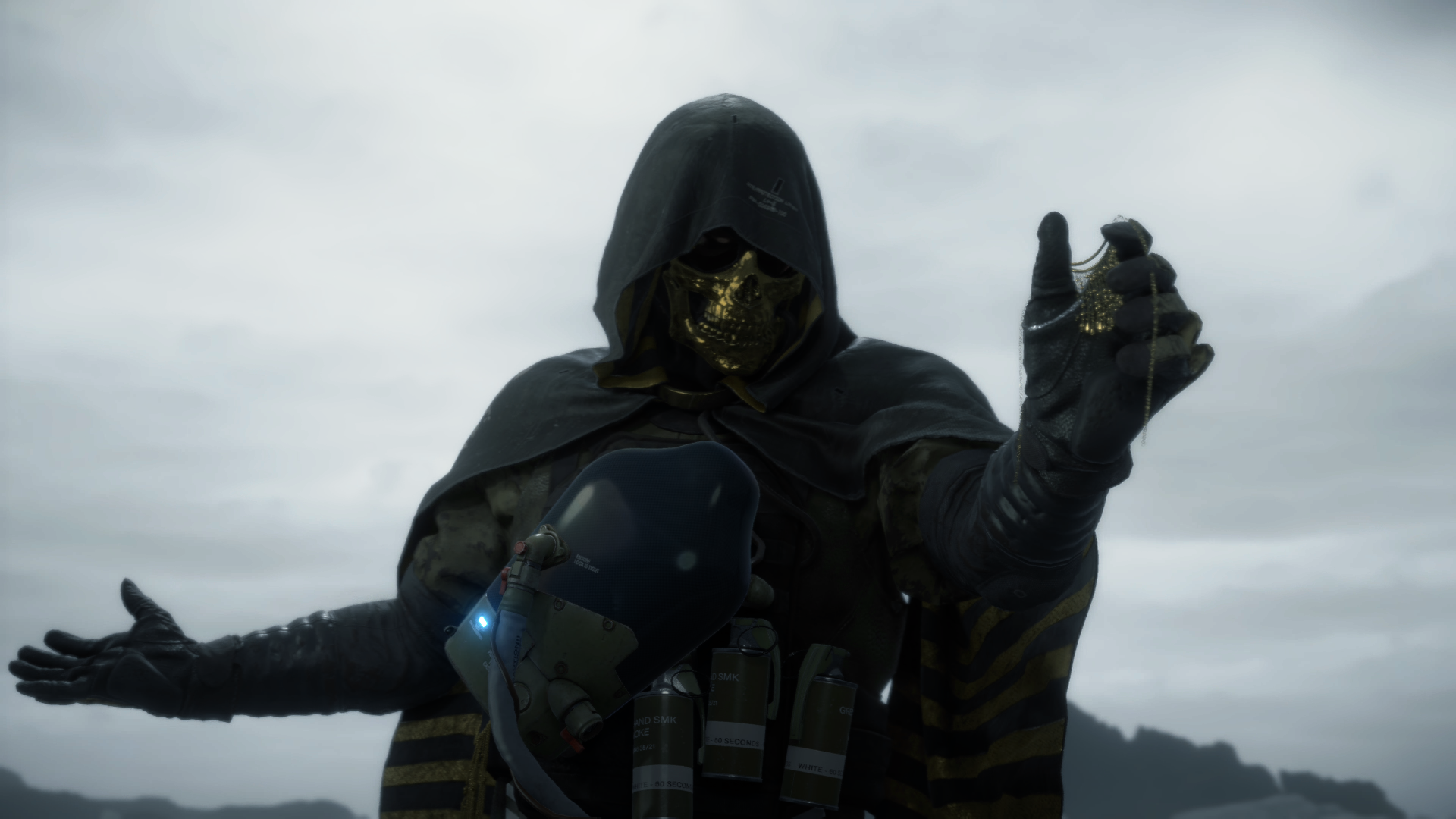 The first hint of something happening off-stage is when we fight him in Edge Knot City, while Amelie is strapped into the giant BT we must kill. If we shoot Amelie instead of the glowing body part we're supposed to attack, Higgs will shout things like "what are you doing to her?" "it's me you want" "I'm right here, not there"; this caught my attention as Higgs truly sounded worried about Amelie.

Then you have the next sequences showing him as merely a pawn of the Extinction Entity and how he believed in some sort of control/twisted love. The scene where Higgs, after being knocked down by Sam, stretched his arms to absorb Amelie's power and she just looks at him like "You're Finished" is a spectacular moment! 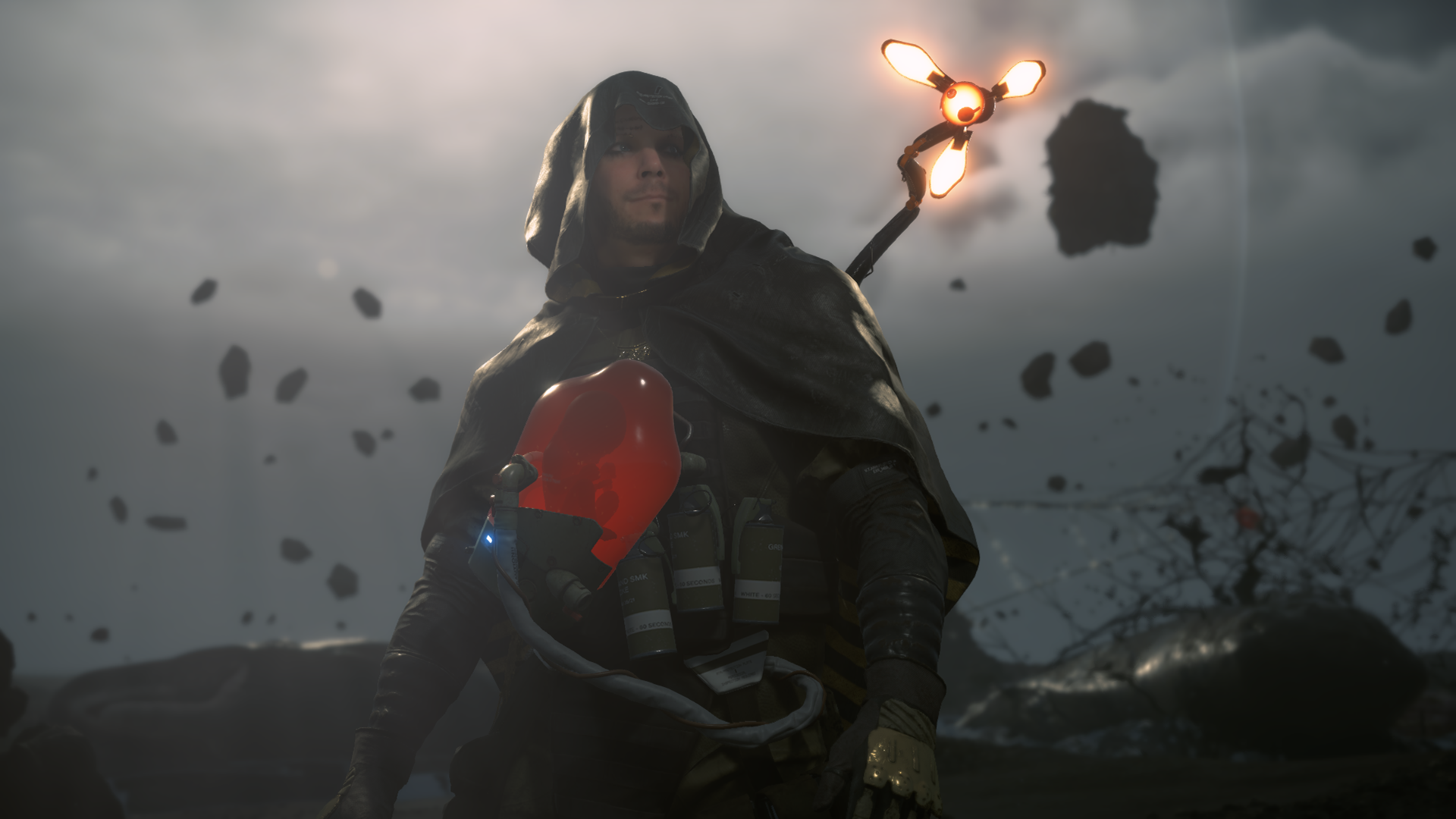 Mads singing, Mads whistling, Mads smoking, Mads with a Santa hat, Mads dancing... Hideo Kojima did one hell of advertising for Mads Mikkelsen before the launch of Death Stranding, and all the hype paid off!

Half of us believed Cliff would be our main villain (the other half believe this title belonged to Higgs) but, as it turned out, Death Stranding has no villains. And as you better understand this man, everything he went through with his wife and his son, it's impossible not to recognise him as one of the best characters in the game. 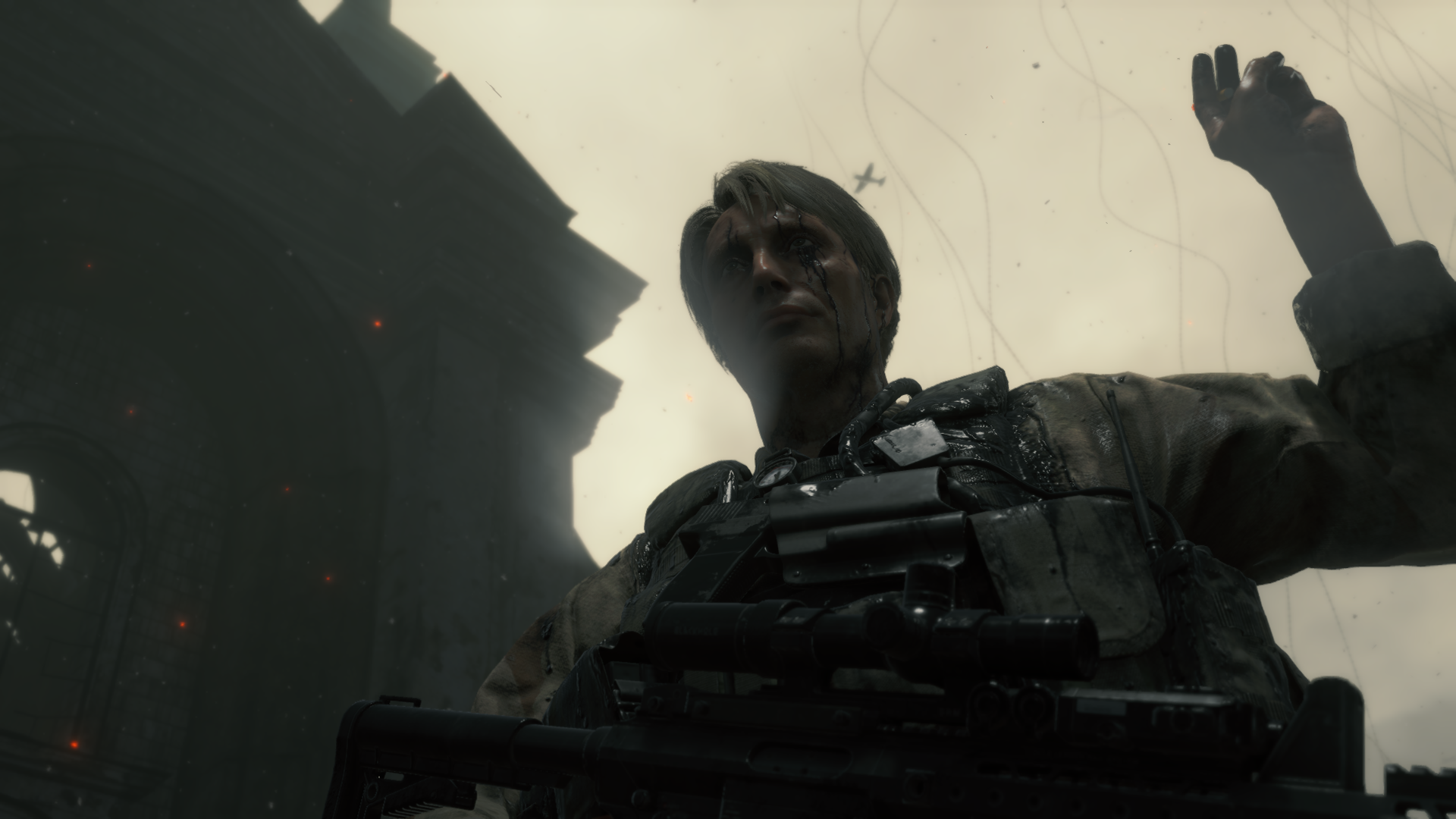 I think Kojima could've done better at the World War levels. Since this is a Beach formed by Cliff and other dead soldiers, he could've further explored Cliff's time at the military and how this led him to where we find him later, at the Bridges' "hospital". We could've even got a glimpse of John, aka Die-Hardman, on the battlefield!

In either case, the way our curiosity was worked throughout the story was incredible. Every time we had a "vision" of Cliff and his BB, it raised our need to know more, and those who finished the game were rewarded with excellent final sequences! 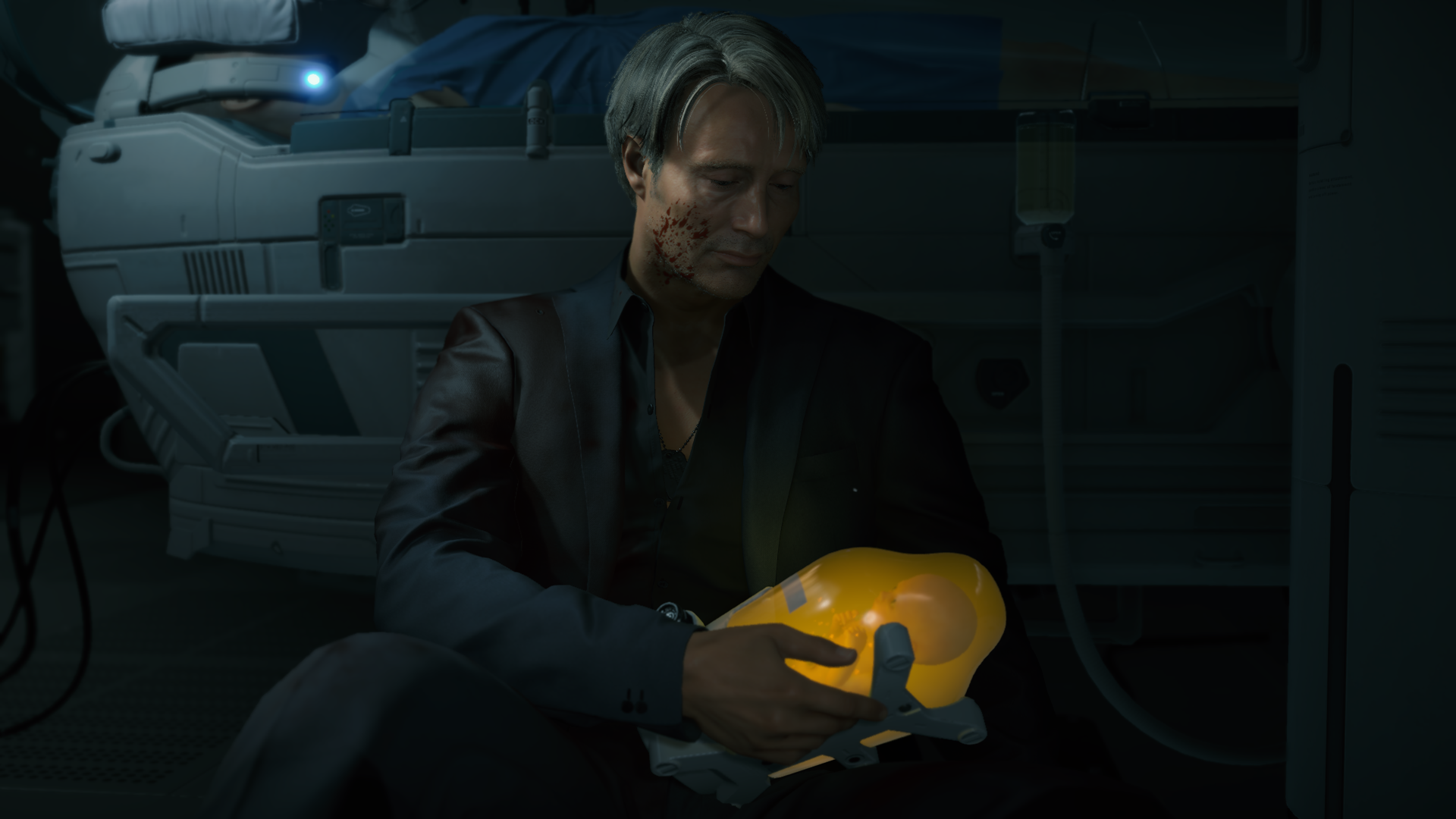 I cannot leave our BB aside, the "live equipment" that helps and cheers our journey across a broken United States! Lou never speaks with words but his personality is so charming as he proves to understand and reacts to the world around him. And yes, it was quite funny when he pointed his middle finger to Deadman at the beginning of the game!

And that last delivery... that was a powerful moment. Death Stranding's last act is filled with incredible moments, and that last sequence is certainly among the best in the whole game. I cried, I admit!

The last canonical word we hear in Death Stranding is one that doesn't really affect the story we've been told so far but adds a surprising flavour to the post-credit: Lou is, in fact, Louise! So yes, Sam has a daughter! 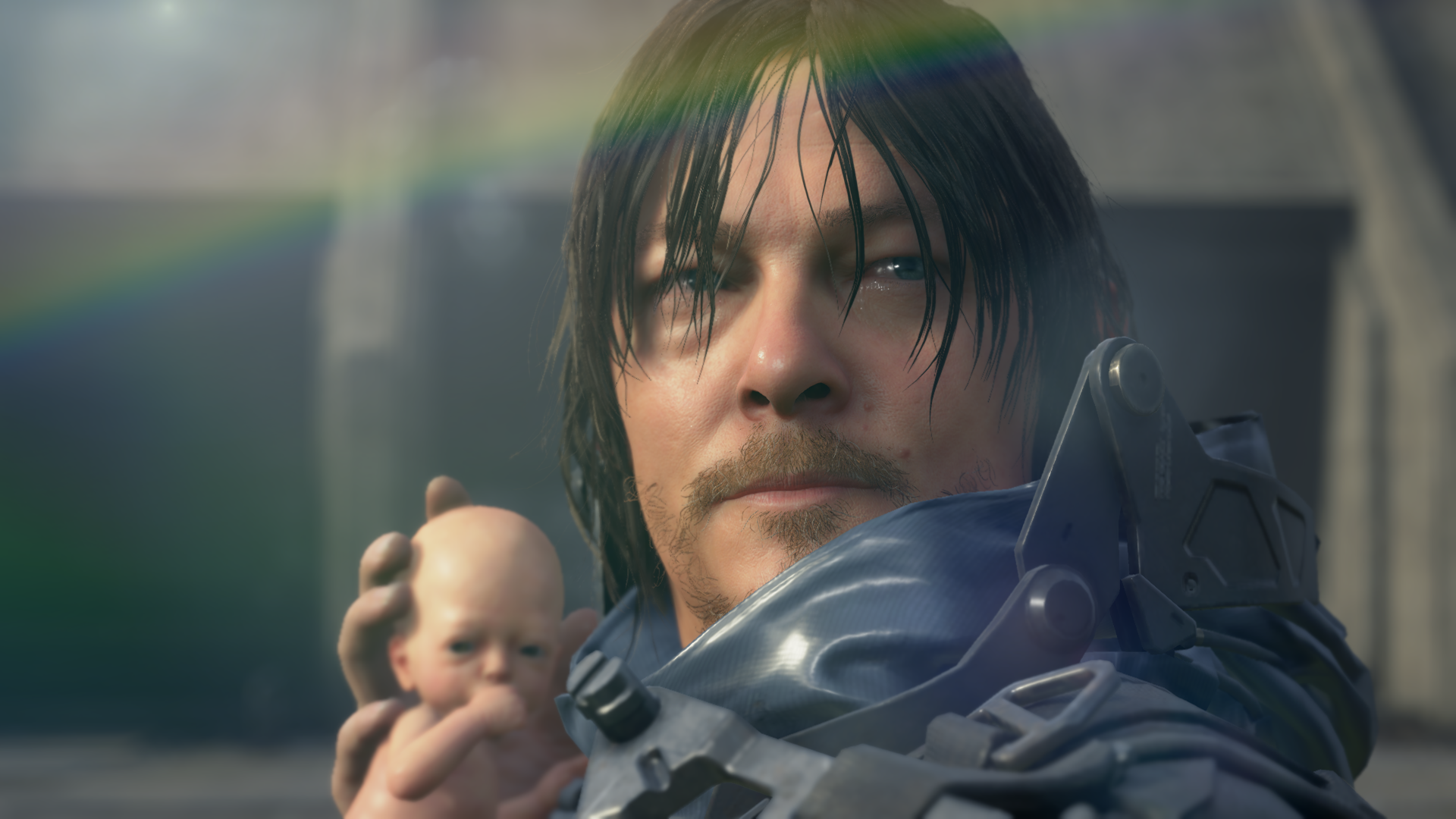