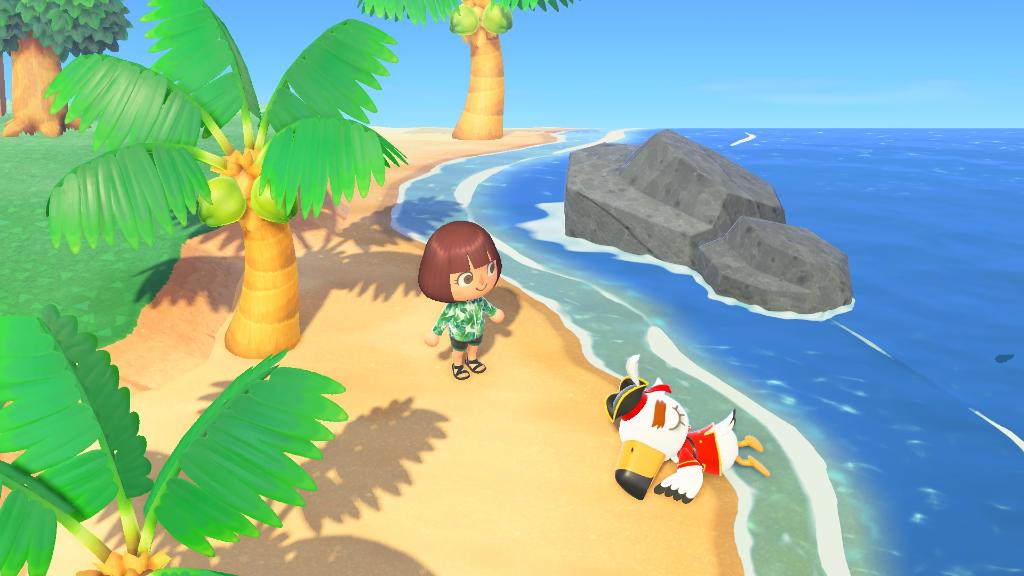 Animal Crossing was never a series on my radar.  I dabbled with New Leaf back in 2013, but ultimately, I felt like the game’s lack of direction didn’t speak to me and fell off it rather quickly.  With New Horizons dropping during a global pandemic, Animal Crossing capitalized on perhaps the timeliest release in video game history, offering a needed escape from real-world problems in the form of a relaxing island getaway filled with charming animal friends.

At its core, New Horizons is fundamentally the same game as its predecessors, where one ventures to a new land to build a community filled with a colorful cast of animal characters, who they may bond with.  Rather than a traditional village, players build their community in New Horizons on an island.  The island theme blends into several aspects of gameplay, gathering shells, diving for sea creatures, and visiting other islands via Orville’s Dodo Airlines, giving players new things to do and explore during their time in New Horizons. 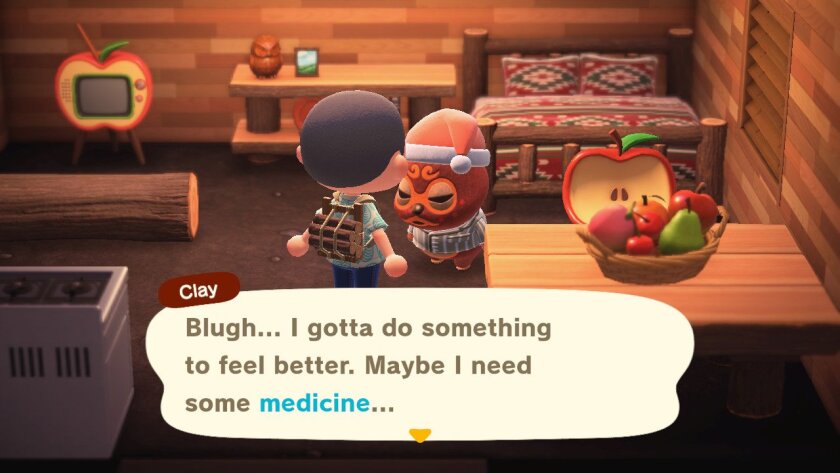 One new differentiating aspect of New Horizons is the crafting component.  Not everything in the island is open to players at the onset, and one must scavenge raw materials such as wood, stone, and iron to craft tools, like a jumping pole and ladder to allow them to explore further.  While this is a new addition to the series, I felt the craftable (and breakable) tools add a nice sense of progression to the game.  DIY recipes also add some flavor to the experience, providing one a sense of direction in the form of material requirements to gather before crafting new items.  The new “Nook Miles” program offers rewards for the day to day activities players already are likely completing.  Fishing, catching bugs, gathering fruit and fossils; basically the activities that comprise the typical game loop of Animal Crossing now earn “Miles” which can be redeemed for Bells, the game’s currency, customization upgrades for your character or the island itself, as well as items such as clothes and furniture.

If you have enjoyed the Animal Crossing series in the past, there’s very little I could say to dissuade you from purchasing and playing New Horizons.  But for newcomers like me who have reservations, there are some flaws that are at times hard to ignore.  One of the biggest issues with this game is only noticeable while sharing an island with other players on the same console.  Unfortunately, the game opts for an “One Island per Console” approach, meaning that if you share your Nintendo Switch with other people, you cannot create your own save file and individual island separate from the other players.  This doesn’t sound too bad, until you realize that only the first person that starts the game is receiving a full experience.  Story beats and progression are tied to the first player, and anyone else playing is a figurative spectator.  You can interact with your villagers and craft and customize, but you are not involved in any story beats, nor do you have any say in any meaningful decisions regarding the island’s development.  And if that first player stops playing?  Well, every other player is significantly impacted, as the island can no longer progress without them.  While this issue does not affect anyone playing alone, those sharing a console will find that they are receiving a fundamentally inferior experience.  As someone who was the 5th player to join my island, it did feel like I was missing something during my gameplay.

A few other flaws were present outside of Nintendo’s console restrictions.  The multiplayer component, which allows other players to visit one’s island, while fun, is a bit cumbersome in its implementation.  As anyone who has played a Nintendo online game knows, the company is behind the times when it comes to online multiplayer, and the case remains here.  During my sessions, I couldn’t help but wonder how there wasn’t an easier way to play with friends that didn’t involve opening and closing gates and listening to an enormous amount of dialogue.  Speaking of dialogue, another gripe I found was that some characters are just too similar to certain counterparts, to the point where two characters of the same personality type (villagers can be sporty, grumpy, lazy etc.) would too often repeat sentences that their fellow villagers said mere moments before.  I don’t ask for literary genius when playing these sorts of games, but some variety would have been nice, and I think Nintendo could have done a better job with it. 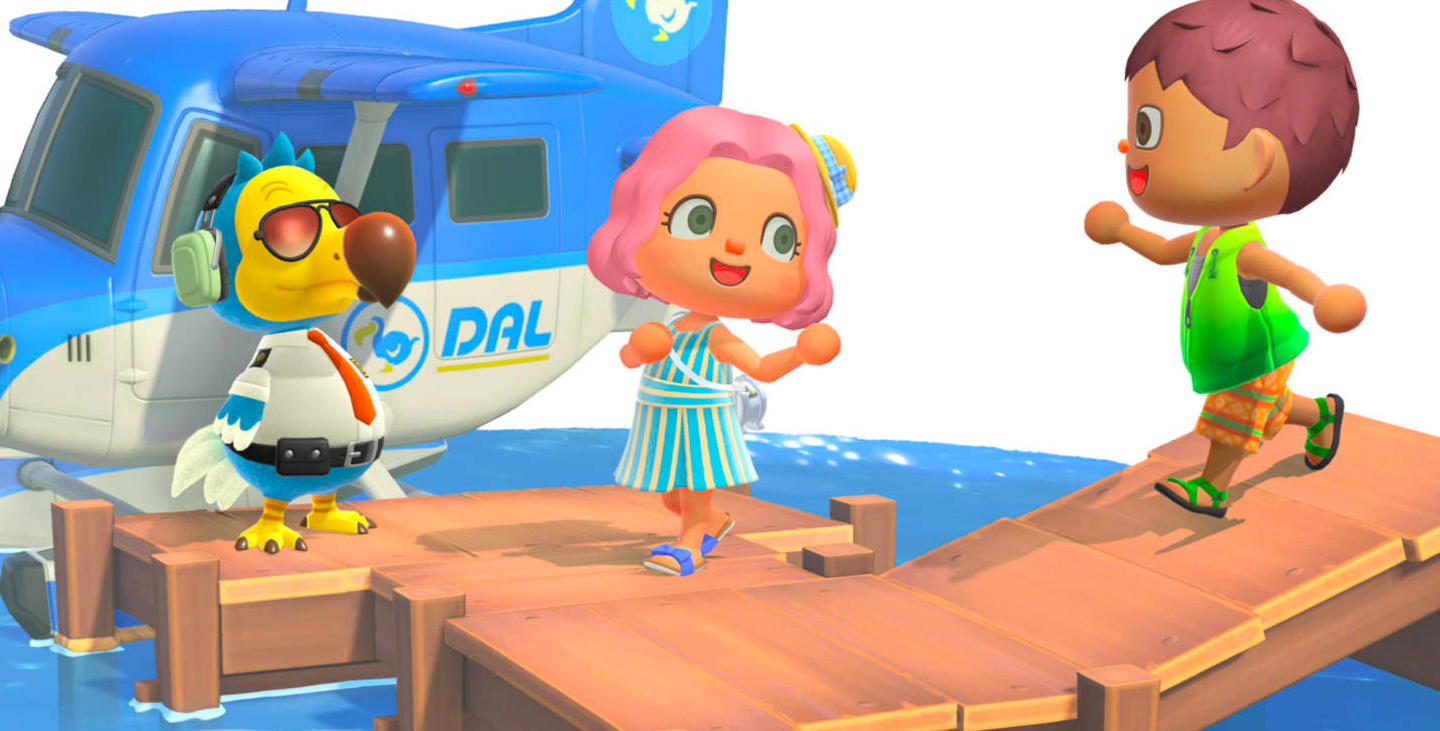 Despite these issues I did enjoy this game overall and found that these served more as blemishes to an overall fun experience rather than anchors that dragged the entire framework down.  For the issues it has, New Horizons does several things well to counteract it’s nagging shortcomings.  Now on an HD console for the first time, Animal Crossing looks crisp and sharp, and gives each character more outward personality and charm than in the past.  The UI is top-notch, being both very clear yet also full of character.  While I had never found myself drawn to the series in the past, New Horizons’ new additions gave me more reason to come back each day to farm resources and ultimately craft a living space that spoke to my personality and taste.  It quickly became part of my daily routine, as I tuned in after work to play in digestible chunks of less than an hour to stop in to see what the island and its inhabitants had to offer that day.  Which I guess one can say is the biggest compliment I can give this game.  Coming back to hang out with island favorites like Clay, Vladimir, and Sprocket give this game a sense of connection that few replicate.  Did I love everything about this game?  No.  But this game is not for everyone, and that’s okay.  While I am sometimes left scratching my head at the game’s easily avoided flaws, I felt like my time on my island was worthwhile and plan on coming back in the future as Nintendo introduces new seasonal updates.  If you have enjoyed life simulators like Stardew Valley, Harvest Moon, or any of the old Animal Crossing Games, you will find a lot to love here.  And if you are a newcomer like me, there is enough to spark interest in a game you may have never thought in a million years you would enjoy.