Ever since I first signed up in here I have been seeing these band of bloggers posts but never got to catch the original prompt or how to write them. Come July and I finally catch a glimpse of what this is all about. I had to look into my game list to remember those water levels I had fun at, and while the memories rang a bell, they also gave me that spark to write my very first Band of Bloggers theme blog. Let's dive into those water levels that didn't actually make me feel frustrated. 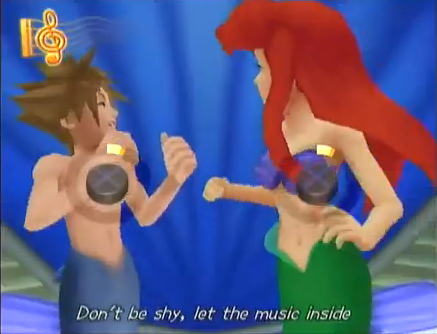 Yeah, kind of an unpopular opinion here. I haven't even seen the film or like those movies to begin with, but I did have a lot of fun with that music gameplay all stage long, pointless story-wise as it may be. I may watch the film someday in the future, but I haven't watched Frozen, go figure. 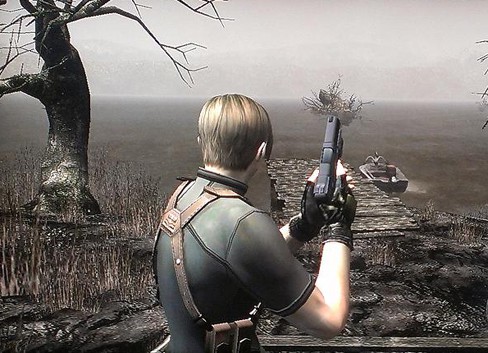 Do not shoot the water at a close distance.

As a staple in the series, there has to be a water level in this game up at some point, and while this isn't the only one as the castle has the sewers sections, and the island has... well the entire island, the water gameplay is implemented perfectly here. It all starts with traps to later a boss fight and finally, puzzles to solve and the option to go back using a shortcut or simply travel the whole Lago once again at night. I prefer the latter, as I get to see this quick cut scene where the game introduces the wolves and the looting available in going the long way.

Gotta kill them all.

This game is all about killing dinosaurs while getting the best scores to afford those neat upgrades and on the surface part of this level, I am in for a treat. The enemies' AI here is laughable at best but that gives me that chance to get those so desired points. Also, once underwater, the movement suffers from a slowdown as expected due to physics, and the combo streak is available here, too. Points galore. 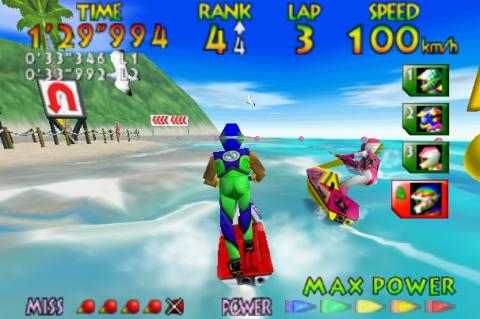 One of the gaming memories I have as a kid is being introduced to the world of gaming via the Nintendo 64 and its games. Back then I was only 3 years old or so one of the many games my older brothers used to rent was Wave Race 64 and 1080 Snowboarding. The latter is mainly about ice so doesn't qualify here while the former does. This water racing game used to be difficult back then and in 2015 when I beat it. The graphics still amaze me, even more with that fluid gameplay that can be challenging but not to the point of rage-quitting like the sequel Wave Race Blue Storm. Fond memories with this game that sadly I never played multiplayer.

Yeah I know, The Wind Waker is better and is the original concept that gave birth to this game and ultimately series and line of the Zelda arc, but I prefer this one ever since I first played it. Having played The Wind Waker up until the Triforce Quest I can say enjoy the soundtrack while exploring, but nothing else. In the Phantom Hourglass, however, it's maybe the simplicity of it all that makes the exploration feel alive and full of wonder despite all of the limitations of the Nintendo DS. The soundtrack is very similar to that of its predecessor but still, setting sail on the DS felt and feels wonderful.

Not a level I remember quite well, but this soundtrack always finds a way to ease me. Just like water.