The Last of Us Part II Review: An Unstable Foundation 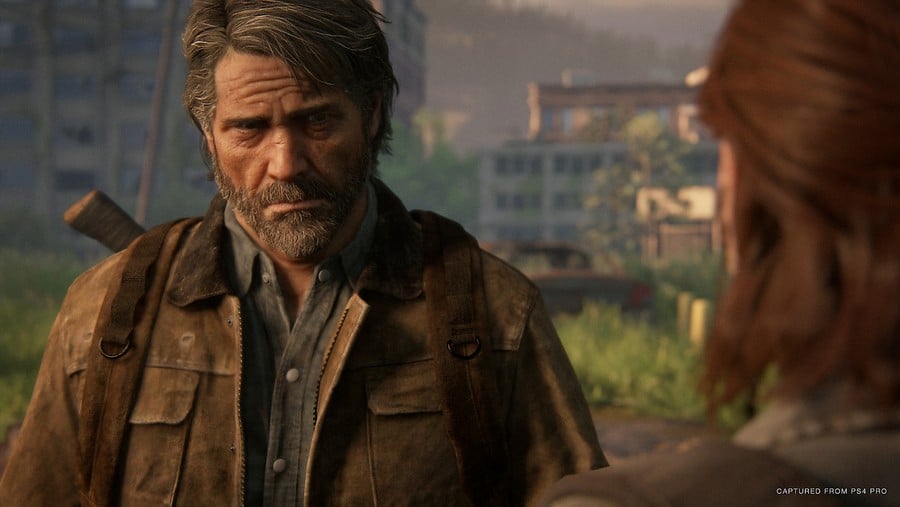 Minor spoiler warning: I will be discussing themes and characters found in this game, and a mid-game twist, so if you are sensitive to that information, I would recommend avoiding this review until you have completed the game.

Back in 2013, the Last of Us released to critical acclaim, garnering universal praise from both critics and consumers alike, numerous 10/10 review scores, and Game of the Year awards.  Many felt this game never needed a sequel, simply because it was successful in telling the story that it sought out to tell, and a sequel would only take away from the totally complete vision of the first game.  In the video games industry, we know that is simply an unrealistic ask.  Now, the question shifts from, “should there be a sequel?” to, “Is this sequel a meaningful and worthwhile inclusion to the world that the Last of Us set up seven years ago?”  The answer?  Sort of.

I enjoyed the first game.  It wasn’t the best game I’ve ever played, or even my Game of the Year in 2013, but I thought it was a worthwhile experience, with a chilling atmosphere, believable characters, and a simple, yet compelling story and premise.  We all know the climate around the sequel.  This is perhaps one of the most divisive games of all time, with both sides determined that this game is either a masterwork or a complete pile of garbage.  I’ve seen a lot of bad faith arguments surrounding this game.  The Last of Us Part II makes bold storytelling choices.  And they should be commended for that.  Video game storytelling typically is miles behind what we see in literature, movies, even graphic novels.  Part II seeks to walk alongside standouts like Red Dead Redemption II, Bioshock, and the Witcher 3, some of the few games that do enough narratively that their stories could be considered interesting enough outside of the medium, and not outright bad like most.  Unfortunately, while Part II does have lofty aspirations in what it wants to do narratively, its execution leaves much to be desired.  Is it better than most games narratively?  Absolutely.  Is it a “good” story?  I’d argue no. 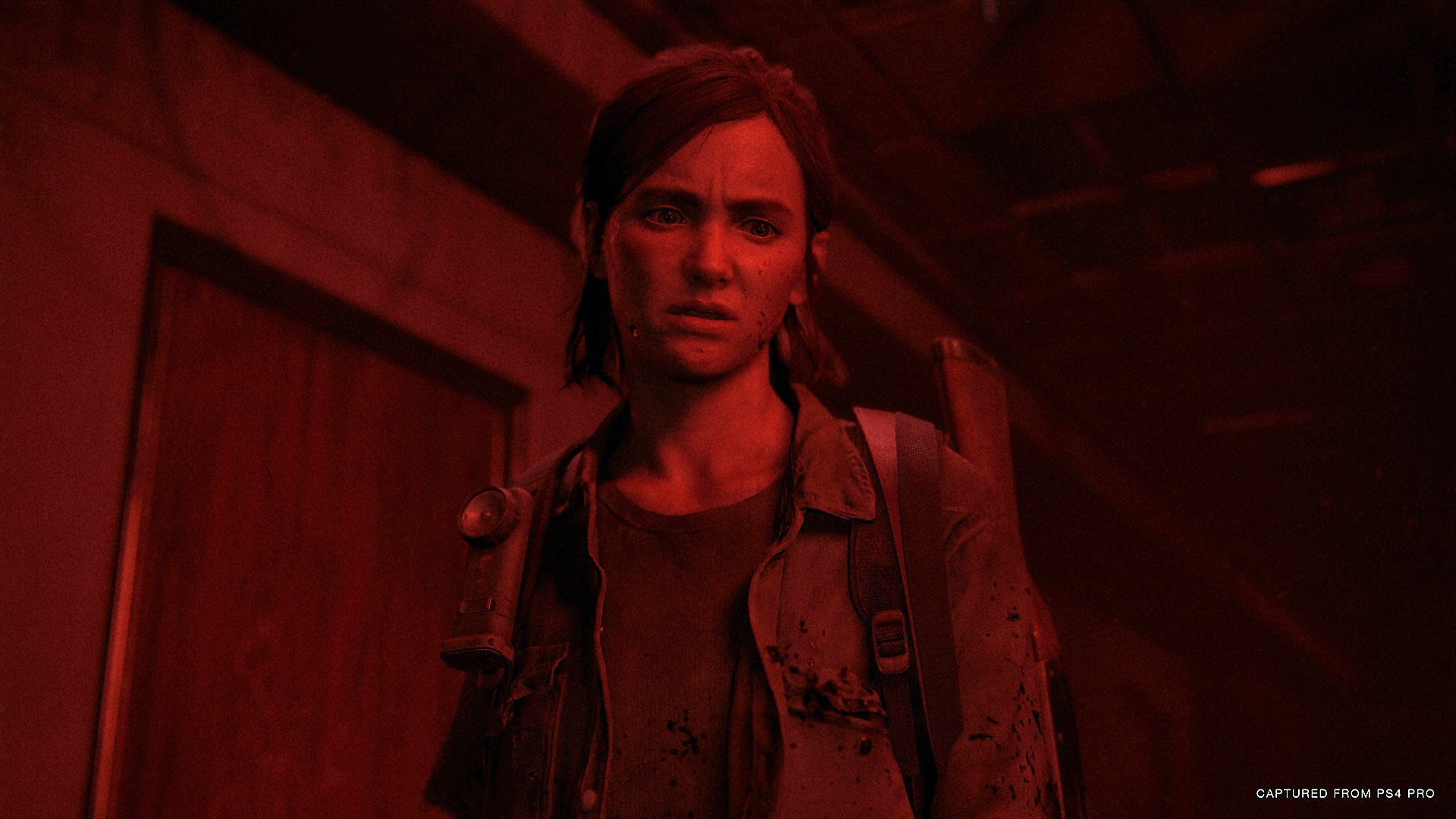 This game is unflinchingly brutal - and may not be for everyone

Many have spoken about the story at length, and about the cycle of violence and revenge that echoes throughout the game.  And while this is a significant thematic beat, I felt the game was instead centered around the idea of the “other” and looking at the other side in times of conflict.  This is where I feel the game makes it’s most serious missteps.  The narrative is presented in a non-linear manner, telling the story of Ellie, Joel’s surrogate daughter from the first game, as well as that of Abby, a new character who is pitted against Ellie within the first hour of the game.  She begins as a senselessly evil character with no motivation, and stays that way for hours until halfway through the game the story shifts and players see things from her perspective, giving insight to her actions and understanding her motivations.  It’s a big ask for players to empathize with her, especially after acting as the antagonist for the first half of the game.  The developers at Naughty Dog knew this, and they explicitly try tactics to make her likeable, which sometimes feel a bit on the nose.

Ultimately, this ask fell flat for me.  Abby and her friend group never resonated with me like Joel and Ellie did.  Most characters were either annoying or explicitly off-putting, like the former with Manny, who’s personality comes down to a stereotypical hispanic womanizer trope, to the latter in Owen, a slimy two-timer  who cheats with Abby on his pregnant wife all while the game treats him as someone we should empathize with.  No thank you.  The worst offender is said pregnant wife, Mel, whose existence in this game is a transparent thematic device, to give players a foil to another character Ellie is close with, and to show that how Abby isn’t so different from her after all.  But the execution is laughably bad.  When the two characters both got wounded in the same exact place, I was rolling my eyes at the absurdity of it.  These pregnant women should not be on the front lines of combat, and it feels like the writers tried too hard to craft the plot around the themes they envisioned, without taking into account whether it made sense.   They are just not believable or likeable characters, and it's hard to empathise with them.   Abby herself acts as a foil to Ellie, and the game tries to show how Ellie’s actions towards Abby and her group from the first half of the game are darker and more rippling than we originally thought when we see them from the lens of the other side.  For me, I just didn’t care.  Fans didn’t love Joel and Ellie for their moral righteousness, they loved them because they were genuine characters, with good chemistry and a clear bond. I never got that with these new characters, who either felt wooden or just plain detestable.  I didn’t mind the characters outside of Ellie’s group, like Dina or Jessie, but it never felt like we got enough from these characters for me to say I really loved them.  They were fine, but Part I Ellie and Joel they were not.  While some stories can survive or even thrive with unlikeable characters, when the narrative hinges on you empathising with these people, the entire story falls on its face. 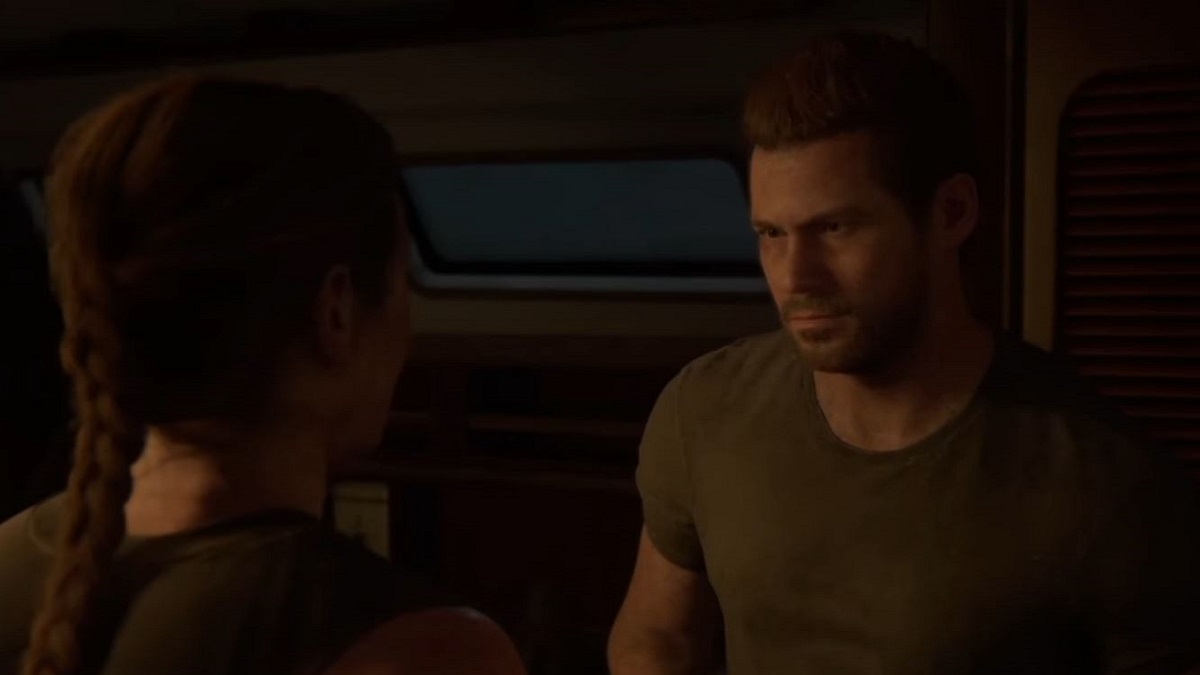 Other issues aside from the main premise exist in Part II.  Abby’s sections often feel poorly paced and tangential to the matters of what was transpiring in the first 15 hours prior.   It felt like Naughty Dog wanted players to empathise with Abby so badly they forgot about what players cared about in the first place, which was the story of Ellie and Joel.  Abby’s story felt so detached from that at times that I often questioned whether I was even playing the same game.  Also, the entire plot seems to be built on a series of unbelievable contrivances.  Characters conveniently leaving behind a map that explicitly tells their whereabouts to their pursuers, or finding a backpack of photos of the exact people they are looking for is just silly story writing.  It’s all rather disappointing.  What Naughty Dog attempts to achieve here is laudable, but they don’t execute.  Part II sets out to tell a story that is literary ambitious, but if I had been reading a book with the same narrative, I would have set it down.

It’s telling that we’ve come so far into this review and the majority of it has been spent discussing the narrative choices rather than the game itself.  It’s sad, because so much of the game is excellent aside from the narrative missteps.  Graphically, the game is one of the best I’ve ever seen, with characters that manage to look extremely lifelike, without drifting into the uncanny valley territory that you might see in games like Horizon Zero Dawn.  I was most impressed with the in-game environments, which are more lifelike and believable than any game I’ve ever played.  They felt like places that one would naturally find in the real world, rather than typical gamey environments one commonly finds in the industry featuring conveniently placed waist-high cover.  You rarely find this in the Last of Us Part II, and when you do, it’s done in a believable enough way that it isn’t jarring. The game also does an excellent job of utilizing the “theme park effect”, always giving players a point of reference towards their goal by way of a landmark.  Long journeys to a hospital or skyscraper felt much more tangible when the game cleverly placed these giant structures in the distance giving me a sense of progress on my journey.

The Last of Us Part II's environments are masterclass

Naughty Dog did a remarkable job crafting a game that nails it’s atmosphere, feeling hopelessly oppressive from start to finish.  Combat is unflinchingly brutal, and the lifelike NPCs hammer that home.  Excellent audio cues are both haunting and informative, clearly telling players when they are safe and when they are out of cover and in danger of being spotted by enemies.  The gunplay is largely the same, but feels tighter than the first game.  But ultimately there are little changes in this regard.  Same with the enemy types, there is one new infected type, the stalkers, who rely on stealth and surprise to attack the player.  There isn’t much innovation here.  If you enjoyed the first, you will probably enjoy the game loop here, but if you were turned off by the original Last of Us’ gunplay, there isn’t much here to convert you.

The game does almost everything right, aside from the story.  Which is a shame, because unlike games like Gears of War where the narrative is not meant to take center stage, in the Last of Us Part II it takes center stage, and when it stumbles it is hard to ignore.  It pulls the entire game down and ultimately makes it less than the sum of its parts.  I wish there was better tasting cake under the delicious icing.  There’s potential here, so in the inevitable Last of Us Part III, I am hoping Naughty Dog can build on the successes of this game, and learn from the mistakes of Part II’s narrative, not by playing it safe, but more carefully understanding and fleshing out their thematic elements in a comprehensive, but most importantly, in a believable way.