Ori and the Will of the Wisps Review: A Worthy Successor 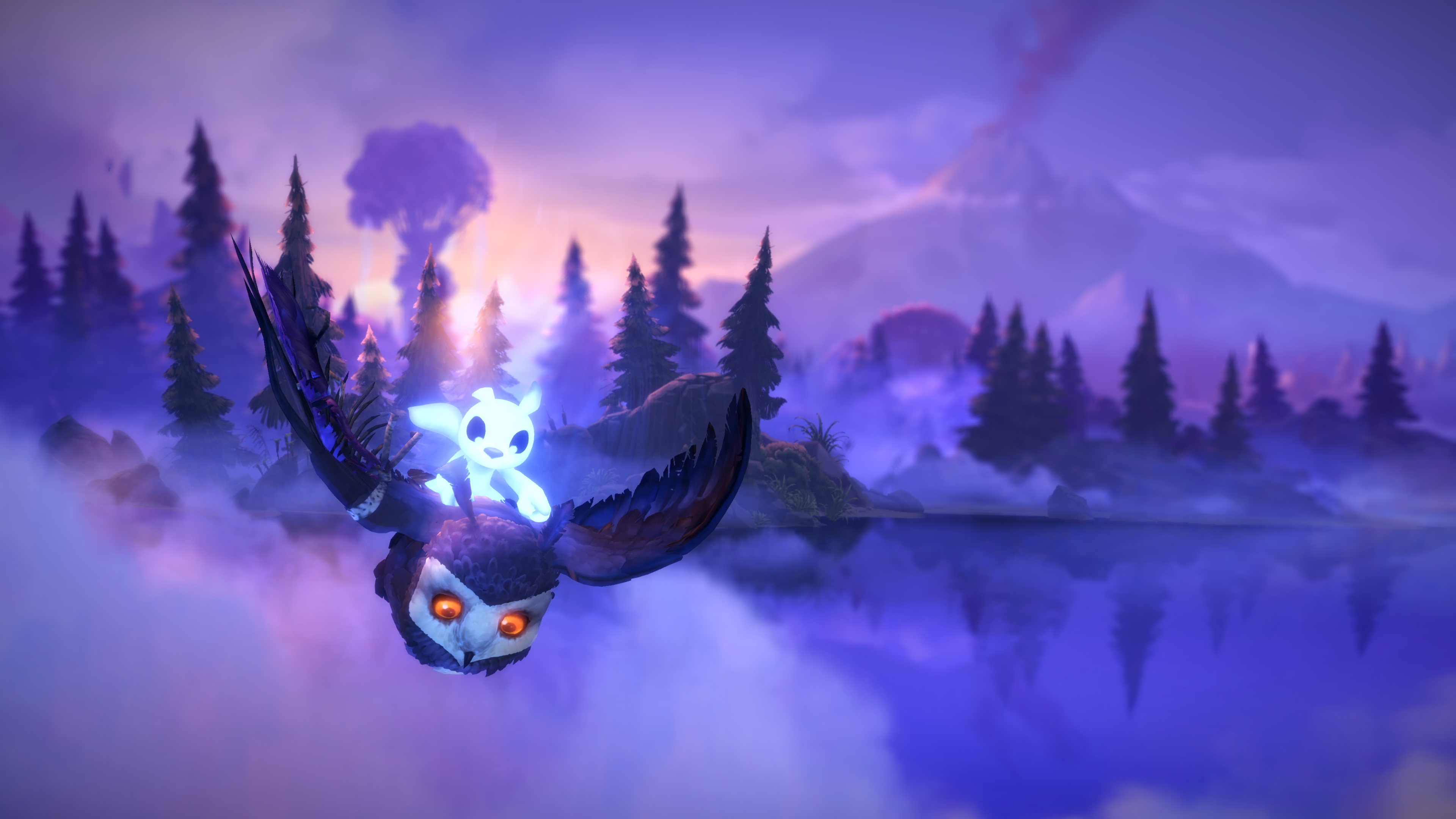 Ori and the Blind Forest was one of the standout games of 2015 and recaptured the hearts of many in the 2D exploration genre.  While some sequels are content with simply rehashing the high points of their predecessor, a good sequel will not only build on past successes, but add enough mechanically and conceptually to stand alone as a worthy game apart from its forerunner.  Using this metric, Will of the Wisps is an almost perfect sequel.   It builds on the success of the first game, while introducing new concepts and mechanics that elevate it over Moon Studios’ initial creation.  Fans of the first will find plenty to love, and for newcomers, Will of the Wisps is an excellent opportunity to join the party.

Those who have played the first game or classics like Castlevania or Super Metroid should be familiar with the overall concept of Will of the Wisps.  The titular character, Ori is tasked with exploring an interconnected 2D landscape, finding abilities like bash, wall climb, and glide which allow them to more easily traverse the landscape and reach previously unexplored areas.  Unlike contemporary “metroidvanias” like Axiom Verge, there is less emphasis on backtracking for hidden secrets, with each zone seeming a bit more self-contained. Players can choose wherever they want to go after exploring the initial area, the Inkwell Marsh.  While this can lead to players finding themselves overwhelmed if they stray into the more challenging areas early on, I enjoy the option of player choice given here, and I felt the sense of freedom it provided outweighed the downsides to this approach.

Ori and the Blind Forest was challenging.  Deaths in the hundreds were not uncommon at the end of a playthrough.  The Will of the Wisps seems like a step back in difficulty.  Sure, it’s far harder than contemporary platformers produced by Nintendo, but aside from a few specific sections I felt like there was little in the way of challenge for most of the game.  The save system from the Blind Forest is gone, instead opting for a liberal autosave that ensures that you rarely have to repeat more than a few seconds of progress.  Some may miss the player choice involved in the former’s save system, but I felt the autosave relieved some frustration that may have manifested from repeating lengthy sections in the Blind Forest.  The “chase” sequences from the first game are back as well, challenging the player to escape from avalanches or monstrous creatures in timed platforming sections.  These are also a bit easier than those from the Blind Forest, but I think this change was for the better, with way less trial and error than  found in the original.

Perhaps the lowered difficulty is in part due to the Will of the Wisp’s new combat system.  While in the Blind Forest combat was limited to a simplistic homing spell, the new combat system offers a variety of new abilities, from light and heavy attacks, projectiles like arrows and fire as well as character upgrades called Spirit Shards.  These add a layer of nuance that the original lacked.  Not only do these new abilities give the player more to do in the world via combat, but I was also impressed how these combat abilities provided more opportunities for player movement.  A fire projectile quickly became one of my most used abilities, not because of it’s offensive potential, but because I realized when paired with the bash ability it could be used to give me a bit more hang time to reach heights that even my triple jump couldn’t.  Combinations such as these gave a new layer of depth to Will of the Wisps, and makes exploration even more satisfying.

By far the biggest improvement in the Will of the Wisps is the overall world design.  Each region is distinct and wonderfully rendered in Ori’s luminescent art style.  While the idea behind these is not particularly original, with forest, mountain, desert, and tropical zones, they encapsulate a sense of mysticism and wonder that the developers were certainly going for.  Not only this, but the map of the Will of the Wisps is far larger and more intricate than the first game, giving players even more reason to explore.  Despite how complex the map is, Ori does not force the player into endless backtracking that arises in other metroidvanias.  Secrets are there if the player wishes to find them, but returning to previous areas to search every nook and cranny isn’t necessary to complete the game, which is something I appreciated.  Too often do developers seem to think that making level design obtuse is what players want out of metroidvanias, and Ori avoids this pitfall.  Moon studios captured an excellent balance between complexity and accessibility within the world it created.  However, I was a bit let down with the new optional side quest content this game offered.  Most of these felt like filler, mostly boiling down to fetch quests with trivial XP rewards.  Many of these I did manage to complete without going too far out of the way, so at least they are mercifully short for completionists. The story in the Will of the Wisps is simple, with Ori progressing on a journey to save their owl friend Ku.  The game attempts to tug heartstrings throughout, which may not resonate with all, but I’m sure many will enjoy the melancholy moments that break up exploration.  I do not want to fault the game for telling a straightforward tale, because it is not it’s primary focus.  The ending sequence of the game does bring about a satisfying resolution that I didn’t expect, and I tip my cap to Moon studios for pulling off a nicely told, yet simple narrative that doesn’t intrude on the gameplay, which for many, like me, are the real meat and potatoes of the game.

Disappointingly, I did run into technical issues throughout my playthrough on Xbox One, suffering crashes and stuttering during boss fights and “chase” sequences.  While I am not sure if these issues are present in the PC release as well, these hiccups seem out of place for a game with such polish from a gameplay and art perspective.  While annoying, these issues were not game-breaking, but rather something that should hopefully in time get ironed out.

Ori is a must play for enthusiasts of 2D exploration games.  While the runtime barely reached the ten-hour mark, it was certainly an experience that will resonate with me far beyond its release, and is one of the finest games released this year.  I highly recommend fans of the genre, and for newcomers, this entry is welcoming enough for them to find plenty to love as well.  While the game does stumble at times from a technical standpoint and has a bit of fluff that weighs it down, Ori and the Will of the Wisps does enough to definitively place it over its predecessor and at the top of the Metroidvania genre.  I highly recommend this game.