I remember playing Roll Away (known as Kula World in Europe) as a kid. Even then, I thought this was a demo game that just came in with the PlayStation console. It looked like something to showcase the 3 capabilities of a system while providing a unique, if ultimately lacking, gaming fix.

That wasn't a fair assessment then, as Roll Away is definitely more than a tech demo. Through pure mechanics, it is a very good Puzzle Platformer. However, it can get boring for any but the pure puzzle aficionados, as the game loses attraction quicker than most. 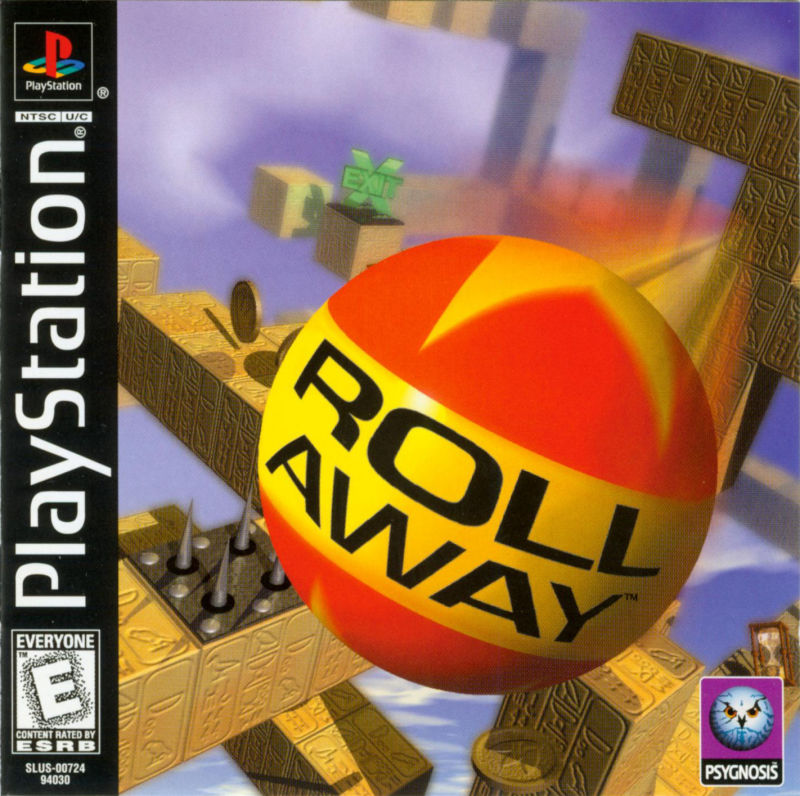 A ball rolling away in an infinite void doesn't need a story or a reason to exist, and the developers do not bother to provide anything. This was at the same time that each and every genre struggled to add in some form of story to their games.

Not Roll Away though, which took its purity as a Puzzle-Platformer to the extreme. You simply control a beach ball that goes through stages, collecting keys to unlock the exit and collecting fruits to access rave-inspired (visually) bonus stages. 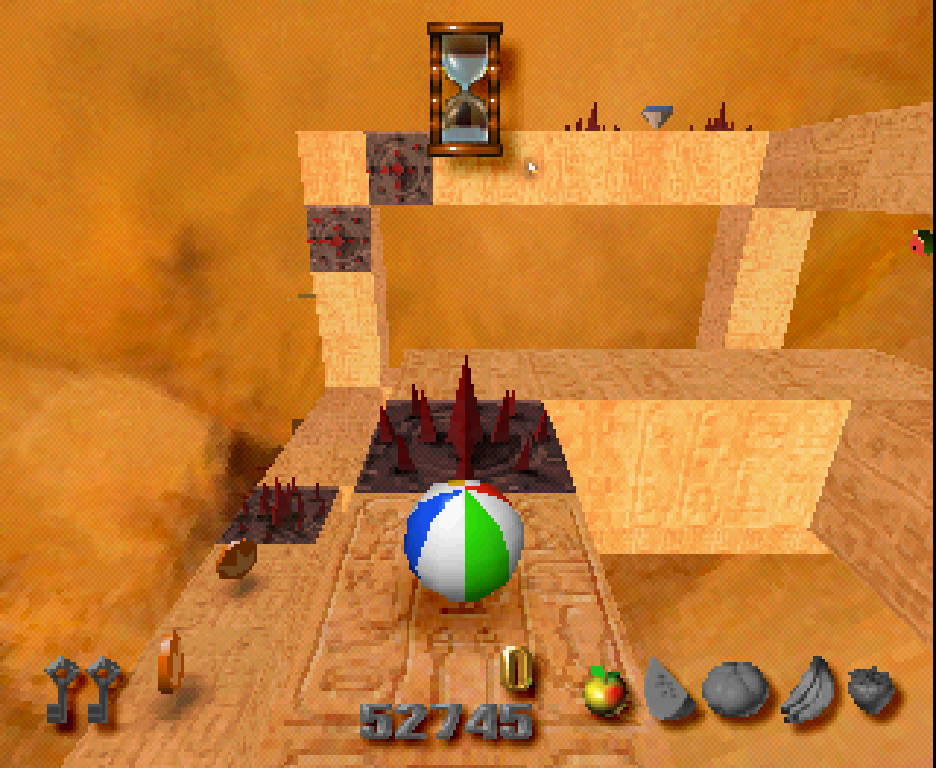 Spikes are bad for beach balls

Somehow, the game lacks any identity in its world design, but it never attempts to craft one in the first place. This extends to the soundtrack, which is a light techno-based electroforgettable set of tunes.

As a pure Puzzle-Platformer, Roll Away doesn't' need to concern itself with the normal rules of game world design, but this might explain a little why the game becomes a little boring after an extended playthrough. It simply lacks any additional charm to support its gameplay

The lack of any extra factors to support the gameplay is a shame because, in terms of pure mechanics, the game would probably satisfy a lot of genre fans.

Each stage has a number of keys you must collect to open-up the exit as well as a bonus fruit and score adding coins. Adding a sense of urgency to the whole ordeal and classifying the game as Platformer is the fact that each stage is timed, which sometimes twitch reactions and swift platforming action to succeed at a level.

Levels are set up like a cube in space. As you go towards the edge of the cube, the ball continues into the next surface while the entire level rotates making that surface the top plane. This is the central mechanic of the game and one that most other tricks are built upon.

The game does a very good job of introducing the many implications of this mechanic in an organic way, through its progressive level design. Let me share a simple example of how this trick works. Sometimes, the goal is far away in the distance and you cannot jump to it. However, in your block, you can rotate around to change the perspective so that the goal is not below you instead of parallel. As such, you can simply jump to drop the massive distance you couldn't traditionally jump over before. 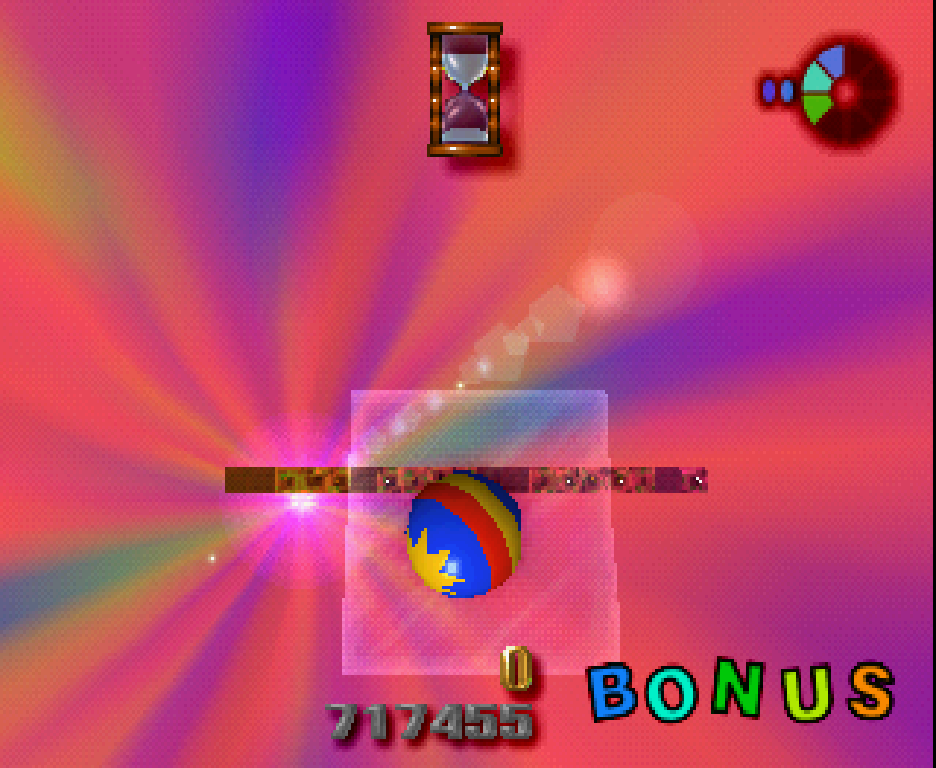 From this perspective, you can jump down into those block below

With this central, 3D perspective mechanic in place, the game then introduces several complicating factors into the mix. For example, slippery surfaces, spikes, springs, heated surfaces, breakable blocks, and more. Each twist is usually used for around 5 or 10 stages, but some are retained for a longer time and combined with other tricks.

Generally, I found that each stage can take less than three minutes to finish. However, later stages are longer, taking more time and become more tedious. That's especially the case when time is the central factor in the stage, as you feel the game is designed around failing several times before you find the correct perspective.

Eventually, I realized I had the ability to finish every stage but found that I had little fun in actually doing that. Puzzles became less mind-bending and instead required a formulaic platforming approach that is more trial-and-error than critical thinking.

Roll Away is a good Puzzle Platformer that would be considered a decent indie-hit today. Yet, it lacked the drive to pull me towards playing more of it despite its solid mechanics. It may not be a tech-demo for the PS1 (releasing nearly 3 years after the release of the PS1) but it sure feels like it. 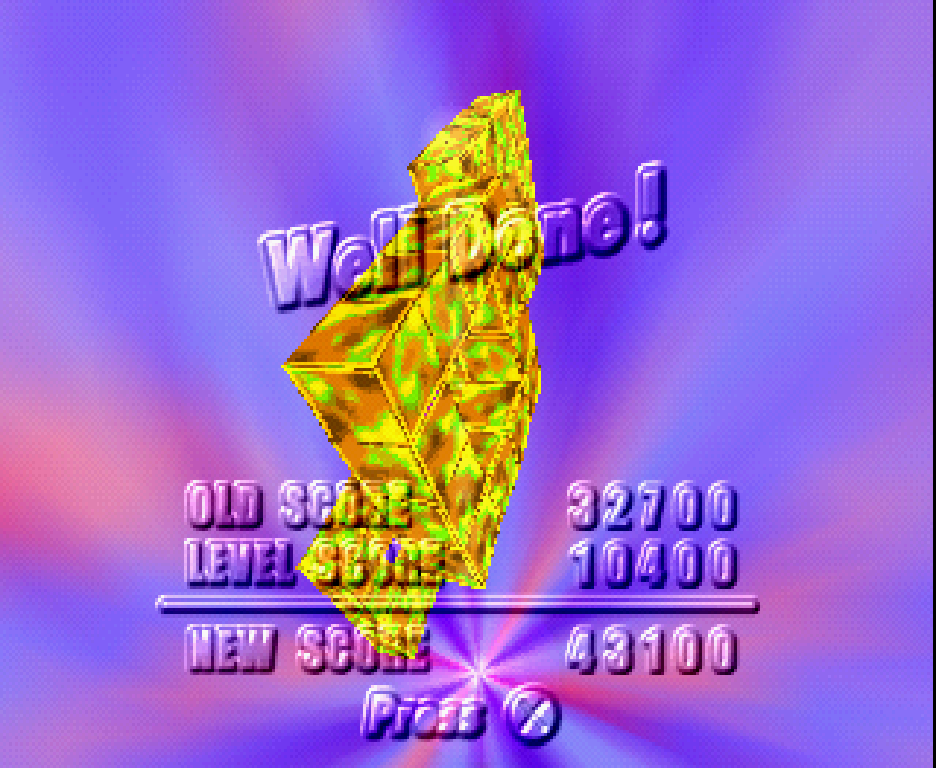 1-Collect fruits in levels to access the bonus stages.
2-Sometimes, you will need to get the fruit before getting the final key in a level.
3-Use the R1 button to peak down cliff edges.
4-Learn how many blocks each mechanics moves you. 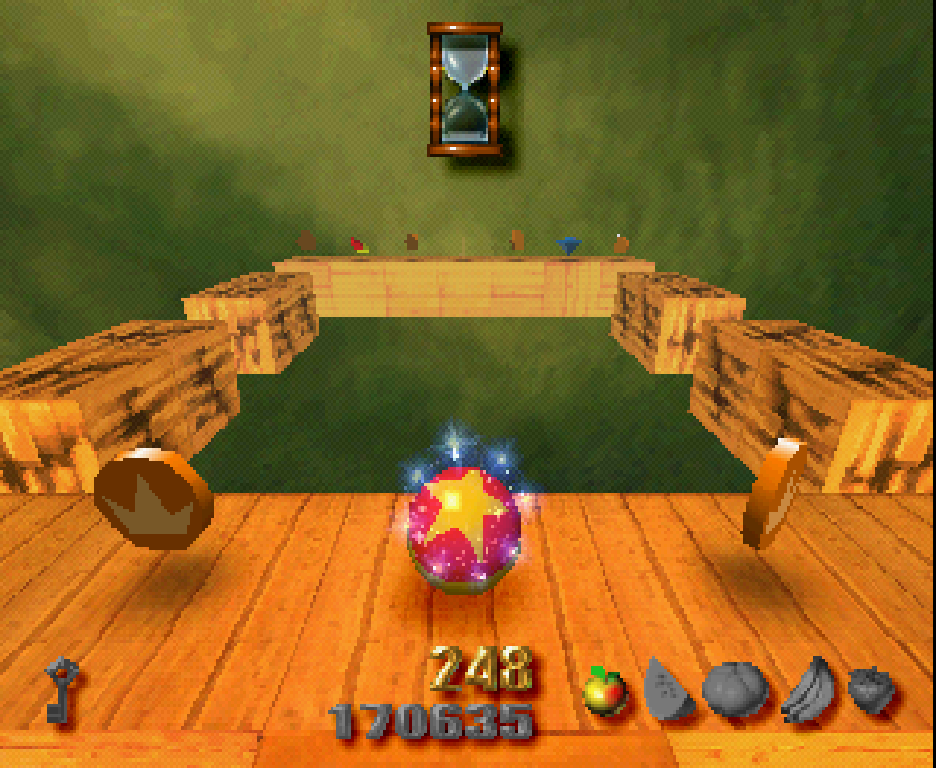 This was my favorite beach ball 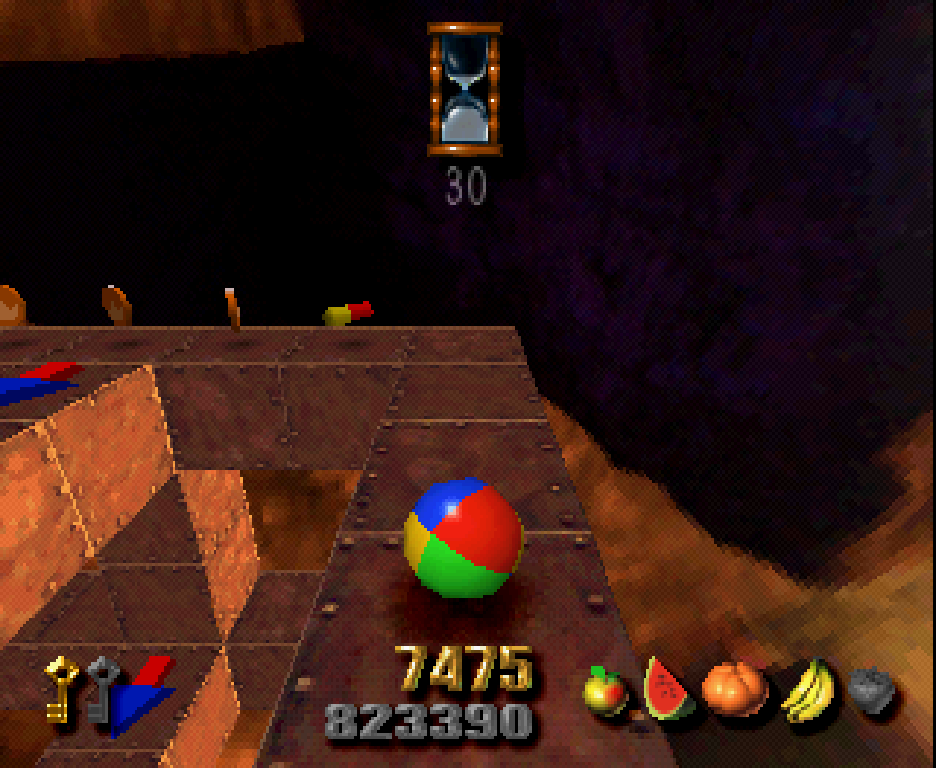 Originally, I was supposed to play and review Vanark: Astral Troopers before reviewing this game. However, I couldn't find any working version of Vanark, which is a little-known PS1 game that doesn't even have a Wikipedia page.

Next on the list is Wild 9 at #92, which is a Platformer that is somewhat related to the Earthworm Jim franchise.