For those reading one of my DS review blogs for the first time, here is the basic concept:

The DS is one of the greatest consoles ever, and it had a massive games library. Despite playing a lot of DS games a huge number of great under-appreciated games flew under the radar. This series attempts to review those games and see if they should have had more time in the spotlight. 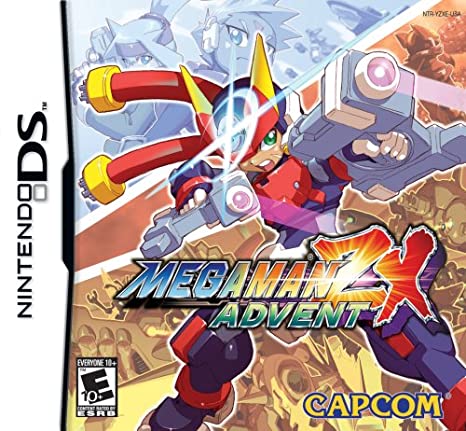 First things first, I am changing my rating system to better rate different genres according to their own rules. It will still be from 50 quality points, but every title will start from 25 and earn/lose points according to criteria important to the titles and genres themselves.

I am still surprised by how much depth Inti Creates managed to embed into the four Gameboy Advance Mega Man Zero games. Yet, now after finishing their two DS follow-ups, I understand how the limitations of the GBA must have encouraged the team's focus, making for better packed and better-paced games.

While Mega Man ZX Advent is a noticeable improvement over the first DS game, it improves upon that title's most negative aspects, but it still retains them on principle.

"I am going ahead and meet our booty face to face"

One thing that isn't improved over the first DS game is the game's story, which is cheesier than ever and is filled with some of the series' worst storytelling yet. While three, six, nine, or such a number of "cool" monologues would have been acceptable, a deluge of such dialogue just makes for a ridiculous narrative, exposing the shallowness of the story.

The game retains the ability to choose one of two protagonists with limited changes in the story in gameplay (I suggest you choose the opposite gender of your choice in Mega Man ZX). Beginning as a modest bounty hunter with big ambitions, you soon fuse with the "biometal" Model A which gives you the powers of a Mega Man. This eventually propels you into battles with other Mega Men to see who is the strongest candidate to become the ultimate Mega Man. 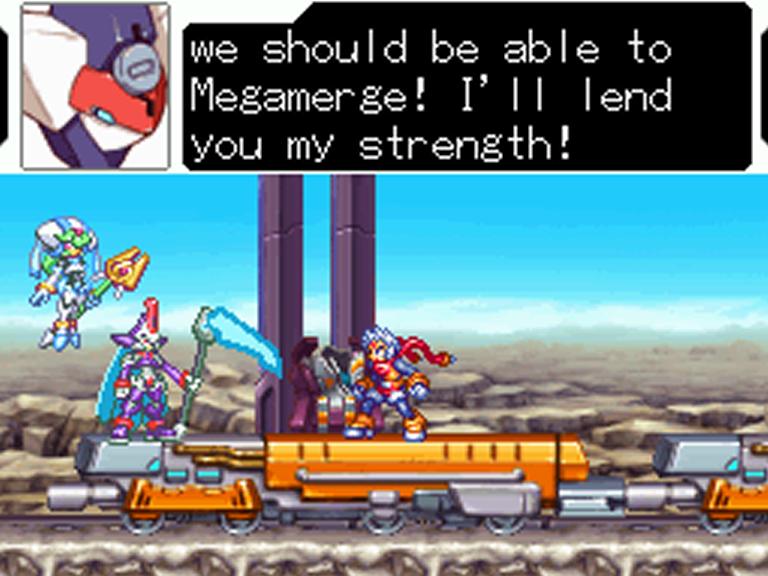 To be fair, the set-up could have worked if the character you fought against had any depth. However, with their extremely obnoxious and uniformly arrogant behavior and dialogue, the story becomes thoroughly ridiculous.

Compounding the ridiculousness of the story is the weak and cringy voice acting. Rarely, the hamminess of the acting is entertaining, but it is painful to hear most of the time. This is made worse by the way text scroll controls the VA; the voice acting stops unless you continuously manually scroll the text. Naturally, this disrupts the flow of the "acting".

Mabe the plot is not the best reason to play a Mega Man game, but this is the low point of the Z subseries.

On the other hand, the game improved on the poorly implement Metroidvania elements of the first ZX game. While these elements still detract from the overall experience of the game, it is not so egregious as to be overly distracting this time around.

First off, there is a better map now and more fast travel points (which you manually turn-on). Second, you don't need to activate quests and side-quests once at a time. This means that you can work on several side-quests simultaneously (which is really a no-brainer).

Like in the first game and many other Mega Man games, power-ups are usually unreachable until you get certain skills later. Skills in this game are acquired similar to classic Mega Man games; by defeating bosses. Except, here you get the ability to fully transform into that boss. 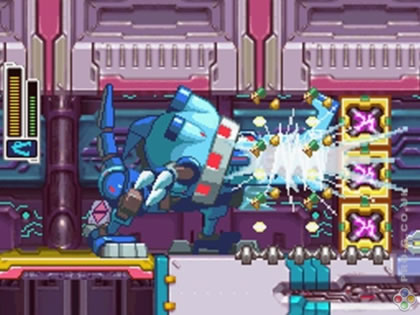 This is admittedly cool even if the majority of forms pale in comparison to your basic form and the later "ZX" model you get. You can use these various forms to traverse the game's levels and search for power-up in seamless transitions. This is most perfectly done in the final stage of the game and I wish more levels were designed with that level of complexity.

One innovation this game added to the series is a rechargeable weapon's energy bar, which encourages you to utilize special attacks more often, increasing the variety of gameplay options and I hope to see this back again in future games (if we ever get them).

"I don't need ideals. I have my pride. I can't stand people like you who are always looking down on others"

As is the case with Inti Creates, the boss battles are the absolute highlights of the game, and this is the case here as well. There are even more bosses than usual, and almost all of them provide a healthy and exciting challenge.

If you are familiar with the Z series, then you know that elemental weaknesses are severely paired down in comparison to the main games. This makes individual boss battles bigger games of skill than simple weakness guessing.

While the base forms are the most useful, I did occasionally use the other forms as well. 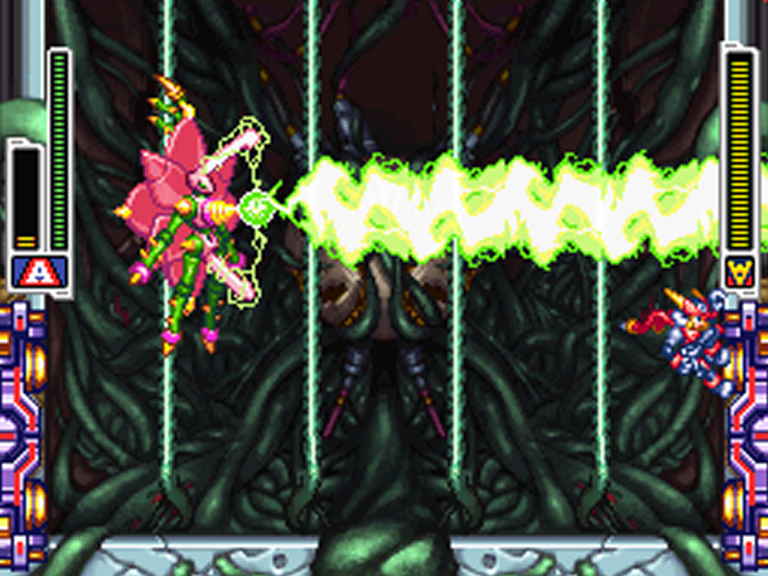 Not that boss battles needed to have forms to be exciting

Apparently, the developers may have wanted you to try different forms, which is why they introduce boss medals that you can get later in the game. Each medal has a different requirement, like using only one form or hitting one specific part, which can range from challenging to stupid. I don't mind a medal asking me to use an underpowered attack that I can continuously use. However, medals that ask you to hit only one small body part (and you don't get it if you make a single mistake) or ones that need upward of 30 minutes to get are ridiculous.

The majority of medals are fiar though, and it offers more reasons to tackle the game's best moment again and again in various methods.

"A woeful miscalculation. To think that I could be bested by a plebian"

Sporting the same excellent graphics and animations as the first game but with a wider variety, the team's challenge was in making the different forms visually interesting and varied. They succeeded in that front.

Being an Inti Creates game, it is par the course that the game has excellent sprite-based graphics and music. Simply put, these guys are probably some of the best in the business, and it shows here. 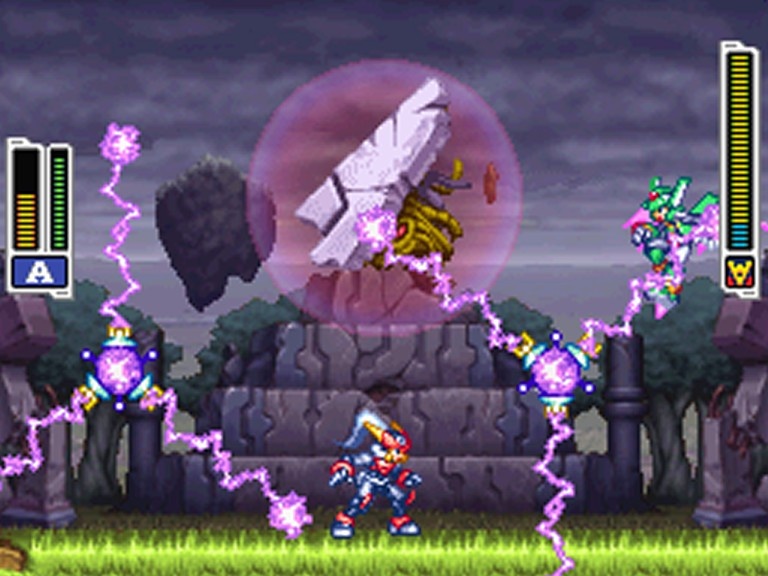 What's that you are saying Mighty No. 9

Musically, the soundtrack is a great hit, even if I prefer the soundtrack of the first game by a slight margin. Individual stage tracks are unique and has a lot of energy and you don't end up hearing the same tune as much as you did in the first game (although the areas you revisited often had the best tunes in ZX).

Regarding the other sound areas, I already discussed the poor voice acting above, but that only affects the story segments of the game. Other times, you are playing in blissful silence, or actually listening to a killer soundtrack with amazing sound effects booming about.

Taking a step back with its cringy story, Mega Man ZX Advent still lurches forward with significant improvements on the poorly implemented Metroidvania elements of the first game.

While still short of the highlights of the Mega Man Zero games, its more due to having a weaker lead and story, as the gameplay is still pretty good. 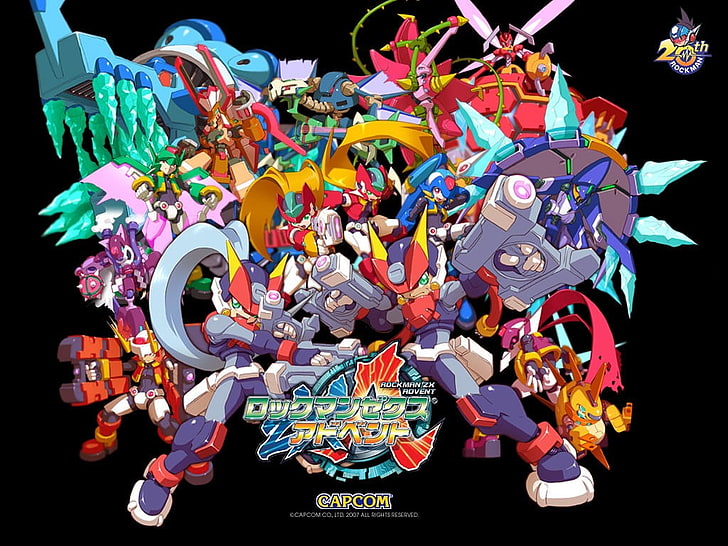 You can see all the different bosses (and hence transformations) here

Looking Back at Destructoid's Review:

This was pre-Dtoid DS release.

I am generally not interested in the sales of the games I like, and I don't measure my penis size through the success of games I like. However, sales data is interesting in studying market trends, people's general interest, marketing strategy, genre effect, and other factors. Which is why I am going to check the sales data of every modern game I review (Gen 4 and beyond).

Betraying a lack of growth, the sales of Mega Man ZX Advent matched the sales of the first ZX game at 300K Units sold. This was at a time where two or three Mega Man games seemingly released yearly; before the series went into hiatus at the start of the 2010s 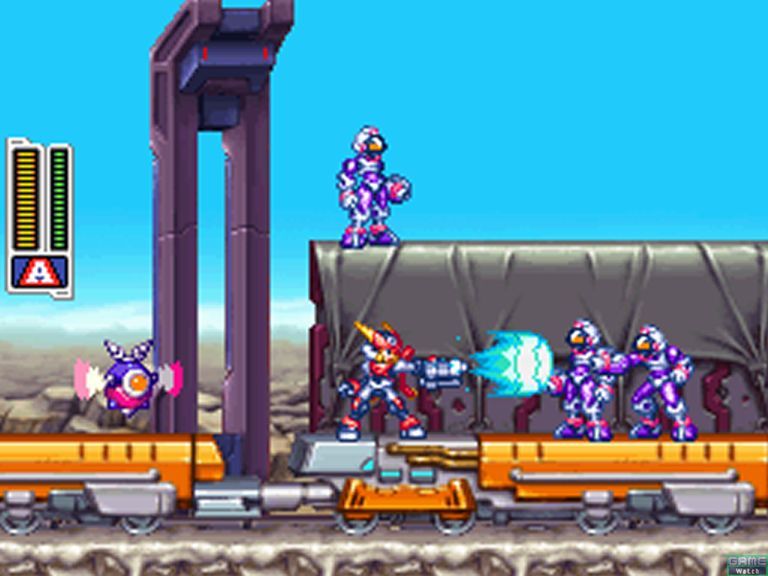 The biggest difference between the two protagonists is their charge shot

1- You no longer need to start missions before taking them, but you need to actually unlock the sidequest first by talking to the concerned party.
2- Grind for lives before the final mission.
3- The standard A model and the ZX models are your best overall combat forms. The other forms have their specific and occasional uses.
4- Most secret collectibles will require using the other forms and backtracking when you get the necessary form.
5- The side-quests are more valuable this time around.
6- Do spend the money to unlock the fast travel points