Alright, so I made a quickpost just like this. In fact, I'll just copy that post and then expand upon it here. Feel free to discuss it there or here if you'd like to at all, up to you. But I felt this was a more fitting way to cover everything I need to here. So...let's do it. But one final thing, I will mark them, but this will contain some seriously heavy spoilers for both of these classic 16-bit JRPGs. Been doing some thinking after last week about Chrono Trigger and Final Fantasy VI. My favorite games ever made. Chrono Trigger has always been number 1, but last week I actually had to break them down entirely to rest assured I still felt that way. Here I'll try to explain maybe exactly what I feel the way I do in my decision. That even after all of these years is one of the harder ones I've made involving video games.

I think in the end I still do. But both hit special spots for me. I think overall I prefer Chrono Trigger for a few key reasons. One, I love the time travel aspect and how the game handled your actions affecting the future or past. Two, I love the team up attack combinations. Three, I overall like the plot more and think it's a lot deeper.

BUT, Final Fantasy VI I feel overall has (for the most part) better, more fleshed out characters. I say for the most part because not all characters are created equal in FFVI. Some clearly got the short end of the stick in development time. And also the quality shines brighter in Chrono Trigger, a game where I feel there is no wasted character. They're all great from a mechanical combat perspective, all well developed and I love all of them.

Both games have some really big moments, but overall I actually think FFVI has more. As it should, because it's certainly a longer game. Chrono Trigger is a fairly short game compared to it's peers, but I actually find that one of it's strengths. It doesn't EVER deviate from it's main plot. There are things that initially seem that way, but in the end, they still lead right to where you're supposed to be going. This of course also lends itself well to it's dozen or so endings and New Game +.

But what REALLY clinches it all for me? Something that's never actually completely shown or explained to you in Chrono Trigger. The overarching reason for every single event in the game to have taken place. Lavos. From here on out, there will be some spoilers, I'll mark them as such. These are pretty heavy spoilers to Chrono Trigger's overall plot, be warned.

If you've played this game, here's an image you can probably hear.

Ok, so Lavos. When you begin to fully comprehend WHAT Lavos actually is, it's monumental on a level that most RPGs just don't truly touch upon. You go through most of the game understanding that your main goal is to destroy this big spikey alien parasite that fell from the stars and burrowed into the core of the planet. You know that you have to stop it or it will end the world in the year 1999. But when you dig further, most especially after your visit to Zeal, you MAY have began to learn what Lavos actually is. Then again, you may have missed this entirely.

Lavos isn't just a big crazy alien parasite. It's essentially "god". Not as in a deity to be worshiped, though you learn that some obviously do indeed worship it. But Lavos set everything in motion to evolve mankind beyond primitive cave men. And it fully knew what it was doing. It was grooming the planet to fuel it over time. Lavos is the reason man became the dominant species on the planet. Lavos is the reason mankind evolved on a technological level. Lavos is the reason EVERYTHING happens in Chrono Triger. Yes, we knew that Lavos is the reason why we're playing the game, it's our main objective. But I mean on a narrative level, Lavos is essentially an eldritch elder god that came down to our own little rock to groom us.

So let's go back to Zeal for a moment. Before you make this realization you see this strange, majestic floating city fueled by actual magic. It's this almost dreamlike kingdom that actually is the very epicenter of the world's development of things like art, technology, culture, and of course magic. That's right, all of those things mankind has built their footprint upon...this floating city is the center of all of that. And why? Lavos. 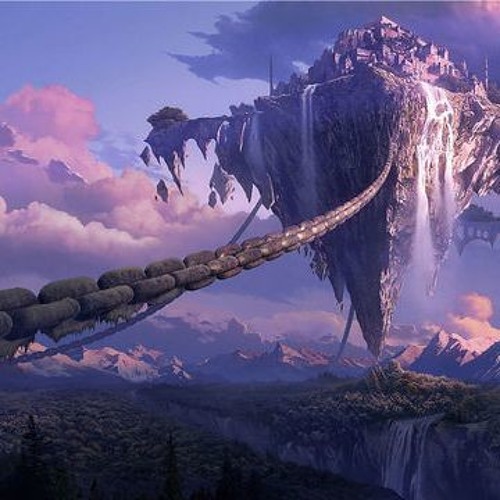 That complexity was something I actually never fully grasped as a teenager when I first played this game. Only as an adult do I realize how goddamned deep that plot was. Mindblowing for it's time, for sure. And THAT is why I give the nod to Chrono Trigger over FFVI. I doubt you thought you'd be reading a blog written by a dwarf who is trying to convince you that in actuality Chrono Trigger is not just a sci-fi/fantasy story, but also...a cosmic horror one too today, did you? But seriously, if you've played through Chrono Trigger, go back and think about Zeal and connect the dots.

Alright, alright. So I've made up my mind that I guess in the end nothing's changed, Chrono Trigger is still top dog for me. So why did I need to even consider this age old question again? Because I was reminded how goddamned good Final Fantasy VI was again, that's why. While my mind is made up and I consider Chrono Trigger my favorite between the two games, it doesn't change the fact of why I can completely understand someone's argument for the opposite.

Final Fantasy VI is equally as deserving of any and all praise it will ever receive. It is a masterpiece, no doubt about it. And as I mentioned above, I feel a very large part of that lies in it's fantastic characters. It's one of the few games out there that I can think of off the top of my head that truly has no main character. Because most of the cast is so damned good that it encourages YOU to pick whoever you feel is the main character. And much like Chrono Trigger, it also happens to include one of the most memorable villains in a game period, for me at least. Kefka. I know there are the kids out there who think of the best villain in Final Fantasy or JRPG history and immediately think of Sephiroth...and all I can say to that is...

GET THAT SHIT OUTTA HERE! THIS is the face of best villain in Final Fantasy history! Have you played FFVI? If so, I bet this is another picture you can hear! 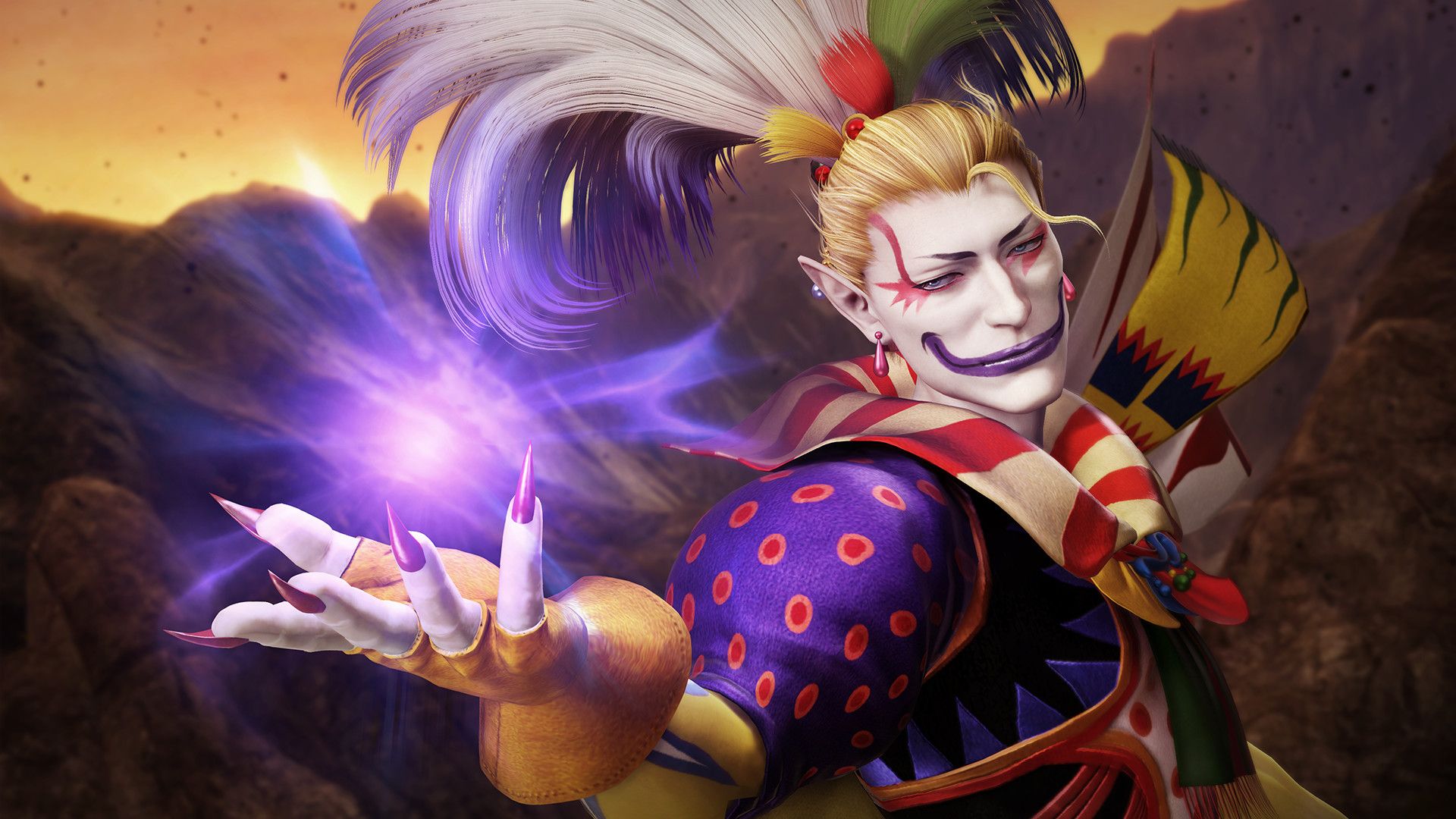 Unlike Lavos, Kefka isn't the sole reason why the events of FFVI unfold. In fact, up until about halfway through the game, he's not even recognized as the true main villain of the game. But Kefka does something so few other villains in video games actually do. (Lavos excluded...kind of? Time travel is tricky!) He actually ends the world. Pretty boy amnesiac/genetic experiments like Sephiroth might TRY to do this, but they ultimately fail at the hands of their respective game's heroes. Not Kefka though. He succeeds.

But this isn't just about Kefka. There are so many genuinely awesome and well fleshed out characters within Final Fantasy VI. And if you get a group of like-minded oldschool JRPG fans together in a room to discuss the game, I'd all but guarantee that most of them will probably not agree on who the "best" character is, or their favorite. I struggle to even lock my own down, personally. Sabin? Setzer? Locke? Shadow? I...don't honestly even know. I constantly want to say it's one of these fellas, and I'll think of one of my favorite moments involving them, or their backstory, or something they said...and then I'll second guess it and think about something similar from one of the other characters.

But it's not even just the characters, but also the moments. Seriously, who can forget the opera scene? It's touching, holds a lot of backloaded meaning for a few of the characters and was absolutely breathtaking for it's time when this game released. That last point is something that both this game and Chrono Trigger both share. They were very technically impressive for their time. And both of them did things with narrative in video games that was simply unheard of before them. Seriously, I could go on for another entire separate blog about FFVI and it's events and characters. And I could continue with Chrono Trigger as well. But we'll just leave it at this for now.

Both of these games are absolute masterpieces. You can't go wrong even if you could only pick one to ever experience. But we live in a world where we didn't have to make that choice. We got to enjoy both.

I'll leave this off with these words. These two games are absolutely masterclass for their genre. They've both aged surprisingly well, to the point where they honestly hardly feel aged at all. They've stood the test of time because they were crafted with passion. They were in some cases, the magnum opus for some of those involved. Having to choose between two of the best games ever created is the very definition of a first world problem. But hey...we've all got plenty of time on our hands to ponder things right now, right?

Thanks for stopping by to read my rambling. I'd love to discuss either of these games in any way with any of you wonderful folks below in the comments. Do you share my love and nostalgia for either of these two games? Go ahead, get comfy. Let's have us a discussion.