Out of every 10 platformers on the SNES and the Genesis, only 1 was good, and it most probably was not made on the Genesis. Generally, playing any random platformer at that time that isn't made by Nintendo is a huge gamble with your time. The gulf in class between the great platformers we remember from that time and the rest of the filler games is as deep a the grand canyon.

Both Clockwork Knight games are not in the rock bottom of that canyon (that spot is reserved to Bug), but they are deep enough for you not to waste your time playing them. 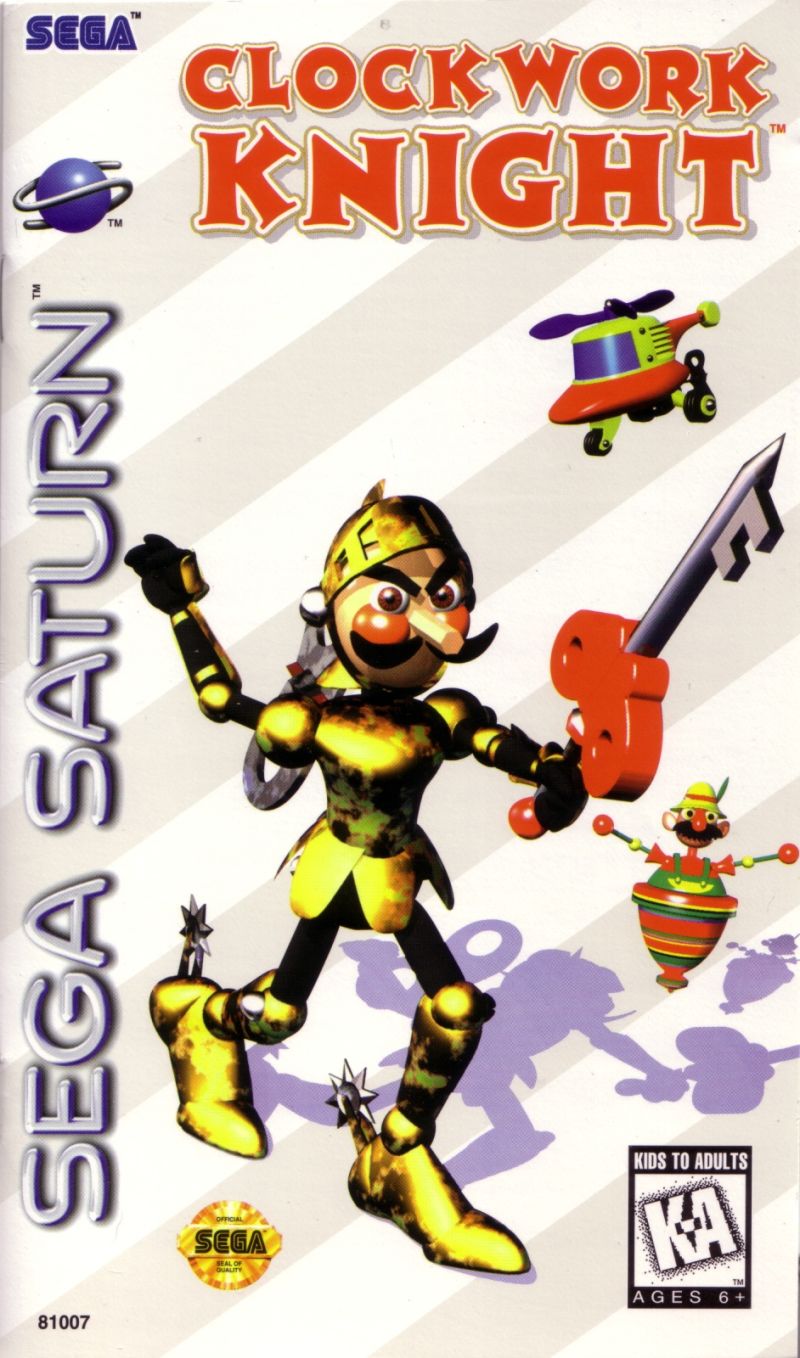 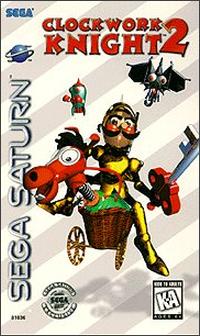 "Come on now, everyone, it's all right, join the fun"

I must admit that I was initially hopeful when I started the game, and that's due to the encouraging opening movie. With a catchy Borwaodway-inspired musical song (That reminded me of Super Mario Odyssey's theme), the movie shows a playroom come to life (not unlike Toy Story). Then, the princess of the playroom, which is maiden in a fancy clock, is kidnapped and an awakened clockwork soldier that suspiciously looks similar to Mario must go and save her.

The opening movie suggested a world filled with little details about everyday homes, shown from a small toy's perspective. It suggested, even if the gameplay ended up being mediocre, at least a thematically interesting world. 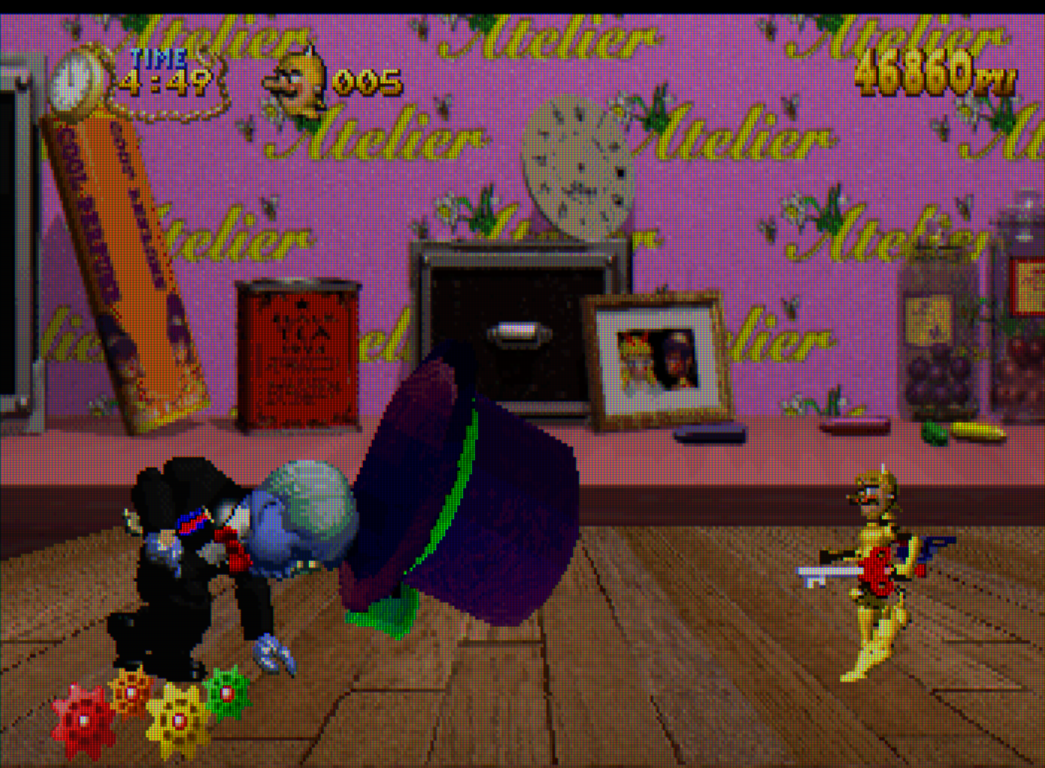 Imagine that same gharish wall paper in your room

Unfortunately, while the theme is clear in the level design and world backgrounds, everything is made up in such a haphazard way that there no interesting visual storytelling at all. Levels are simply made of toy block, pencils, utensils, and other common things in a chaotic way that inspires no admiration whatsoever.

Ironically, the only thing remaining that ties in the game to that great opening cinematic is the good soundtrack, which incorporates the catchy tune into the game's few tracks. So, even when you are glaring at soulless characters in soulless environments, at least the soundtrack is okay.

"Pepperouchau, I am pleased to see you!"

If nothing else, at least Clockwork Knight 1 & 2 had the decency to be short (unlike Bug). Each game consists of eight short levels and four mediocre bosses. While for people buying it at the time, that short length would have seemed almost criminal, it was a blessing to this reviewer.

That's because playing the game is less fun than doing absolutely nothing, and every minute wasted on this game is a minute that is forever gone.

In the first game, the character moves at a plodding pace in unimaginative levels with terrible visual cues about where hidden things could be(not that anything is valuable at the game). Combat is boring, with inconsistent hit detection. Bosses are boring to look at, and boring to fight. 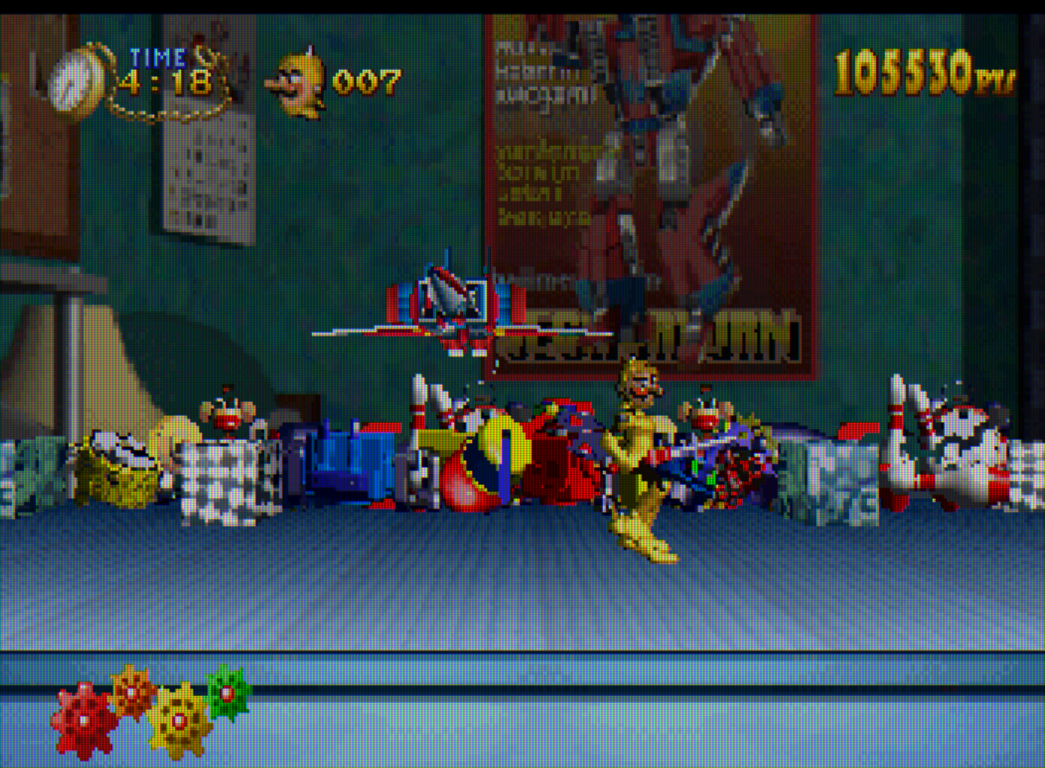 There is no flattering angle for this game

The second games improve things a little by adding the ability to run and sprinkling four collectibles in each level. Except, that doesn't improve the desire to explore those levels, as the level design clearly frustrates that desire. For instance, there is a tower of a sort that you climb through many platforms. In any competent platformer, that tower, which wastes your time climbing, would be a unique place in the level and should contain a collectible. Not in Clockwork Knight, where there are three such towers in the level, none of which has a collectible or anything of value to the player (screw the points you get).

At that point, it became obvious that no one was thinking about the best places to put in collectible or lives or any useful item. One egregious example of such poor placement design is in an invincibility power-up (the only power-up in the game) that is placed in a hard to get location, but once you get it, there is little use from it as there are no enemies or hazards that you will need to watch out for for the entire time the power-up is active, only for hazards and enemies to show-up again once the effects are over.

If it wasn't obvious by now how poor this game is, simply compare it to another great platformer at the tie. Both Clockwork Knight and Donkey Kong Country were 2D platformers made at roughly the same time with a pseudo-3D graphical look.

Visually, there is really no comparison despite one of them being made in a stronger console. There is a level of consistency in DKC in level design, enemy design, sound effects, and music that tells of a cohesive and vibrant world. That consistency is usually absent in mediocre platformers. 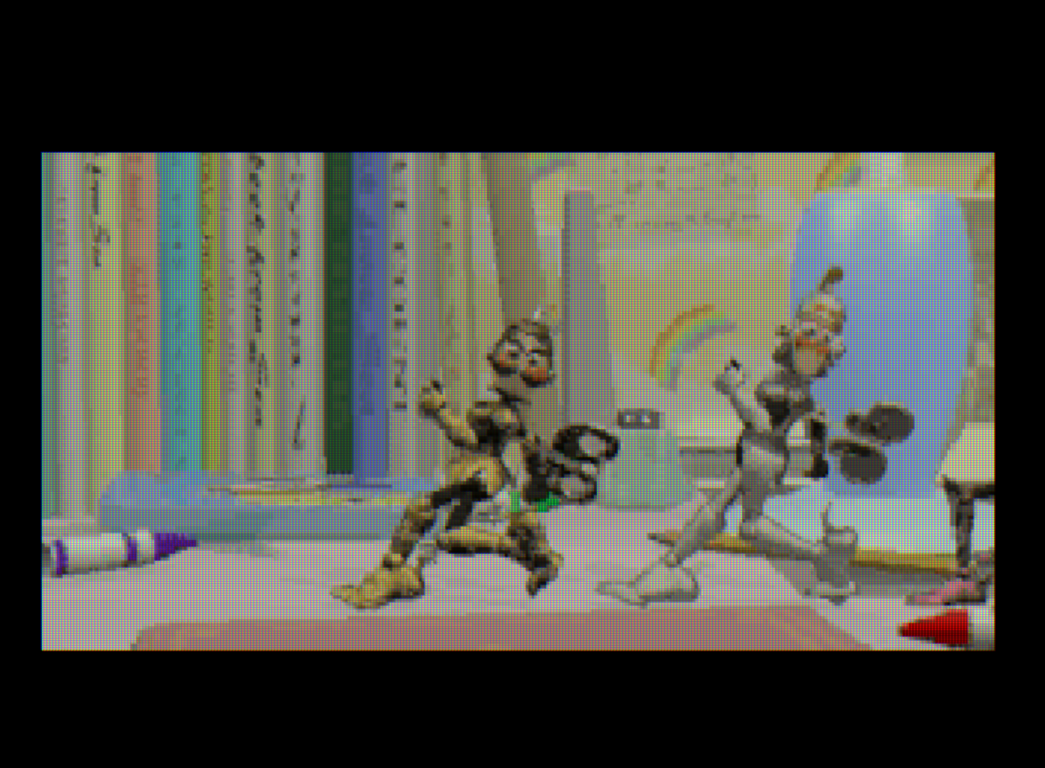 You played this game, now weep

Gameplay-wise, there is a weight and momentum to the movement of Donkey Kong and Diddy Kong. A movement that is facilitated by the level design, as each level contains many obstacles that invite you to overcome. On the other hand, Pepperouchau or whatever the hell he is named is boring to control, especially in levels that are poorly designed with a minimum of obstacles to overcome.

Finally, the scope of each game is of completely different magnitude despite both being the same price. While the first DKC had 33 full-fledged levels, both Clockwork Knight games offer a paltry 16 poorly designed levels combined.

Games like Clockwork Knight demonstrates clearly how hard it is to actually make a competent platformer, nevertheless a great one.

Here is a game so devoid of skill, so bankrupt in its ideas, that it is honestly a struggle to finish it. 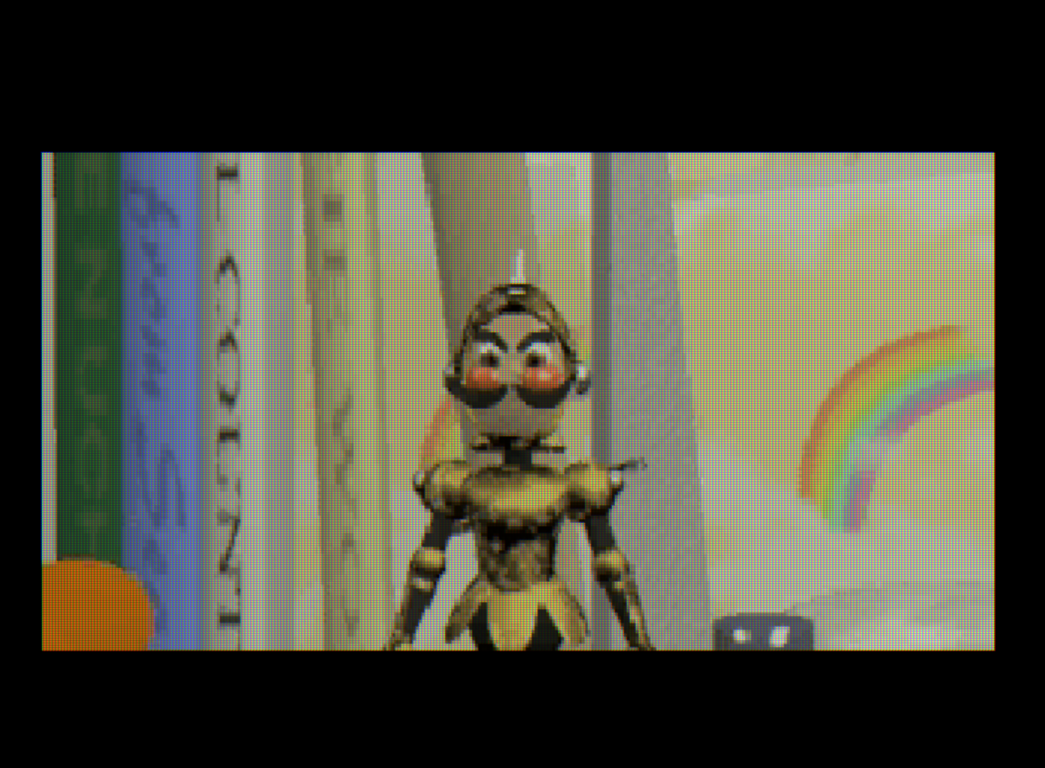 It's a me, discount Mario 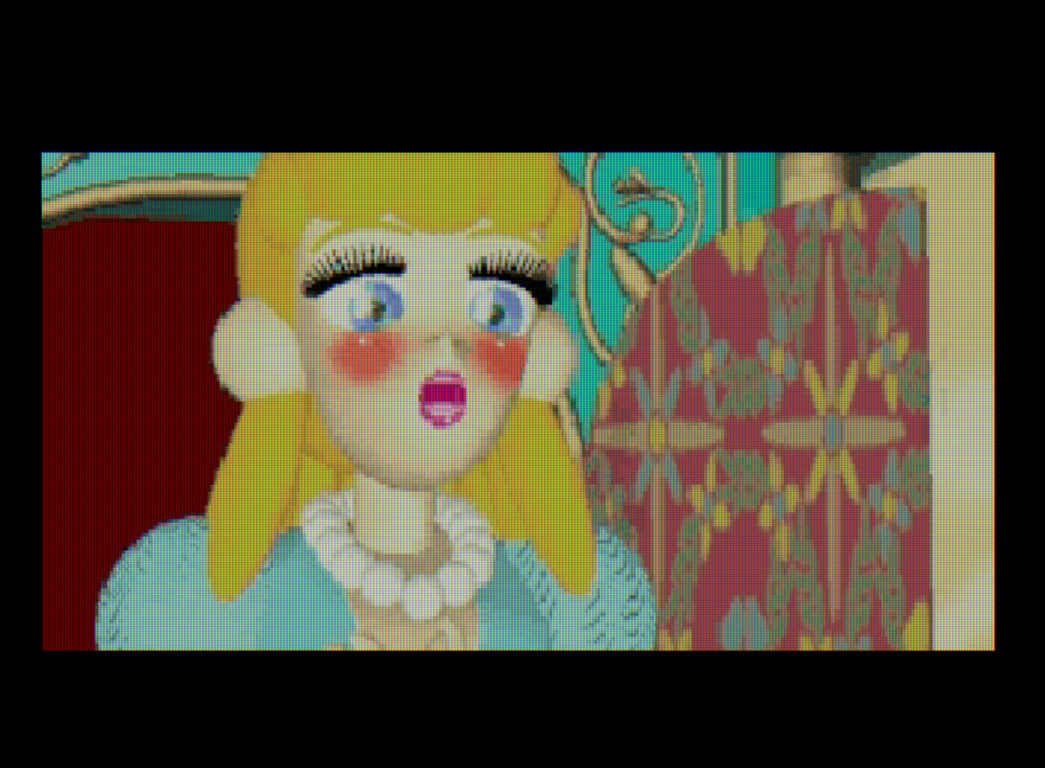 Go away and never return

Well, I guess there is a game in the Saturn that is almost as bad as Bug, but it is not near enough in reality. Bug! was an abhorrently designed game from top to bottom with no redeeming features. Ironically, both games got decent critical scores at the time, which points to a poverty of options at the time.

Next, I will continue with my Saturn reviews with a report of the top 11-20 games as per the Retro Sanctuary list. Later, I will play and review the most famous Shmup on the Sega Saturn, Radiant Silvergun which sits at number 8 on the same list.