A Plague Tale: Where a Boss Battle Ruins Everything

I love making lists. Once every few months I'll trim down my backlog and organize everything into an ordered list of games to cross off. This list has never lasted the month. I inevitably find some other game on sale or read an interesting blog about a game deep in the list and suddenly the plan is thrown out the window. This past year or so, Game Pass has dashed my plans time and again. Void Bastards, Outer Worlds, and Blair Witch are just a few of the games that got me to break my list based obligations. This last week, the addition of A Plague Tale: Innocence did it once again. Everyone who'd played it had nothing but great things to say about it, what they all neglected to say was that the boss fights fucking suck.

Before I launch into my tirade, I'll say I enjoyed 90% of the game immensely. The story and characters are fantastic, the general gameplay is good, and the puzzles feel satisfying. The first boss you fight in the game is simple enough, and doesn't really pose much of a challenge. Overall, it's a fine set piece that helps to set up the main characters story arc. The second boss in the game comes much later, and it's here you learn that checkpoints cease to exist when a boss comes into the fold. It's a bit annoying with a few phases to get through, but it's easy enough to run away and sort of reset the situation. Dying here is a definite possibility and it sucks, but it's not too bad all things considered. It's the final boss battle that truly pushes things into the realm of total bullshit. Fair warning, spoilers ahead. 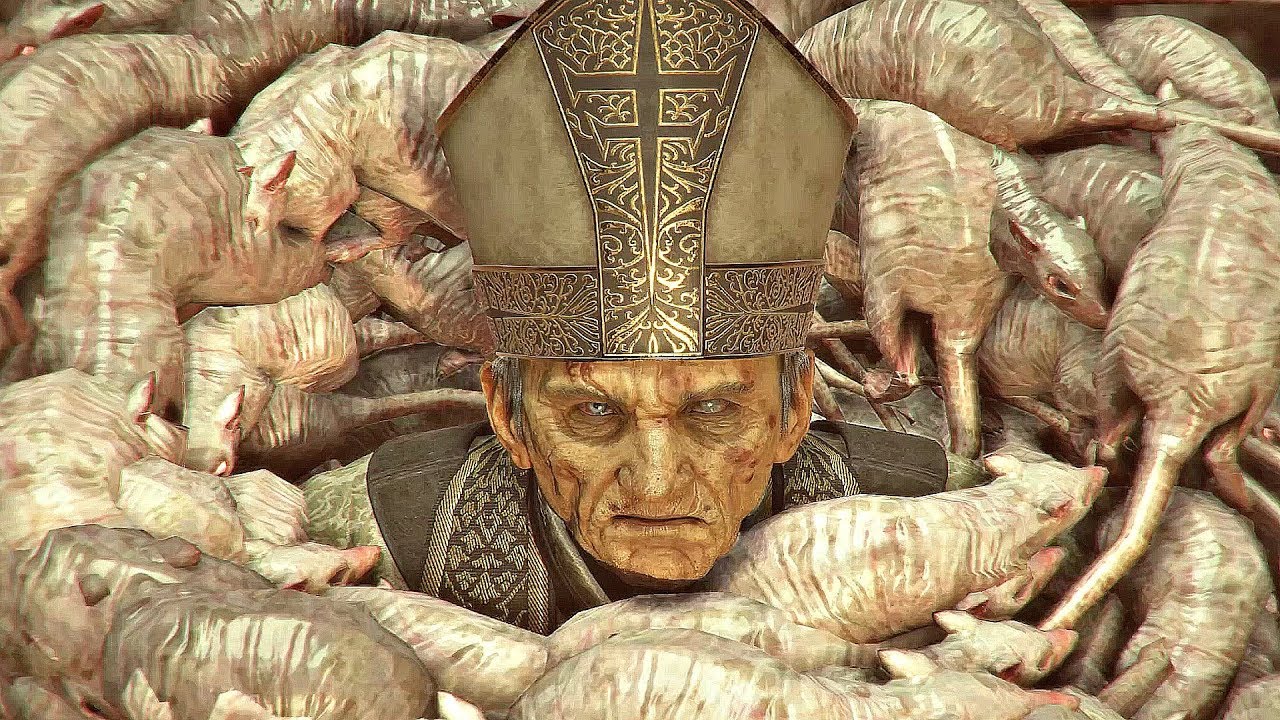 In the final fight you're up against a pope wannabe who can control rats. He does two types of attacks, one summons a pillar of rats that fall down and kill you, and the other summons a vortex of rats under your feet that also kill you instantly. These attacks can be avoided by simply running from side to side. What makes this fight a bitch is the arena you're in. It has one central lane and 2 small side areas. In order to damage the boss, you have to keep the center lane clear so the rat lord on your side can get a hit in. When the boss does one of his 2 attacks, the rats he uses stay where they fall, and you can't run past them without dying. So, the trial and error begins. The boss has 3 phases, because this is a goddamn videogame and the rule of three must be followed. The first phase he drops 2 pillars, you dodge them however you see fit, and get a hit in. The second phase is much more difficult. The arena is tiny, and the rats take up a lot of space. If you dodge in the wrong direction, you'll be trapped by the rats and that's that, there's nothing you can do. He'll throw 3 attacks in this phase, and I probably died here a half dozen times before I realized that I had to position myself in the corner of the map and slowly move to the side to avoid pinning myself in. At this point I was already pissed, because I wanted to see the end of this game and instead I was memorizing patterns. Nothing in the game up to this point prepared me for this level of intensity. The third phase is the real mother fucker. 5 attacks have to be dodged to get the fake pope to open up, and you have to execute perfectly to pull this off. 3 dodges on one side of the arena, 2 on the other, and be precise or you will be trapped when it comes time to pull the trigger. I didn't count, but I definitely died here more than I'd died the entire rest of the game combined. It's fucking grueling. The worst part is that it's one of those fights where even when you know what you need to do, pulling it off is both a chore and a nightmare. By the time I finally finished the bastard off I felt absolutely zero satisfaction. I was just angry. Angry that the game would spring this shit on me after I'd spent a dozen hours investing myself in the world. Angry that the developers thought that this was a good way to end things. Angry at myself for being such a fuck up. Just plain angry. 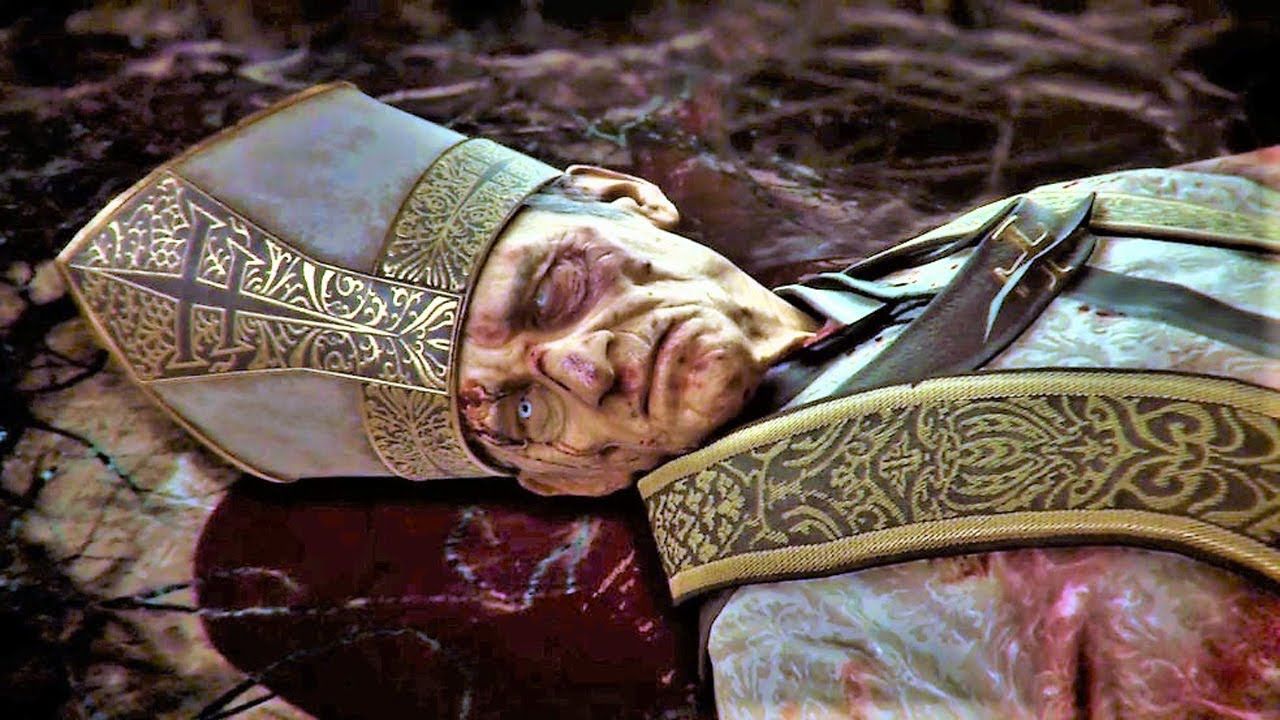 I'll never understand why some game developers feel that a game has to end with a huge boss battle. A Plague Tale relies on it's strong story to propel you forward, and while the general sneaking and occasional fighting bits are fun, they're not what anyone is here for. The brutal nature of the world is reinforced by the gameplay systems, systems where death comes easy for both you and your foes, but it's not frustrating in the way the final boss is. You have a ton of tools to navigate the world and it's obstacles, and if you fail a checkpoint is never far behind, but all your options are taken from you when you step into that final boss arena. Instead of culminating in a fight that tests the skills and knowledge you've built up over the previous 15 chapters of play, you're forced into a small arena and punished until you memorize an arbitrary pattern and execute on it. It's a real shame, because that 45 minutes or so I spent struggling against that asshole really soured the whole experience. When I look back on A Plague Tale I know the first thing that'll come to mind is how horrible the final boss fight is, instead of all the great world building and story leading up to it. Before that point I was ready to play the game again on PC, again with game pass, because I enjoyed the world and it's characters so much, but now I never want to touch it again. Just knowing that I'd eventually have to fight the rat pope again is enough to turn me off of it forever, and I hate that that's the case.