For a few years now, the words "free to play" have turned me away from a lot of games. When the game itself isn't the product, this usually means that the game becomes a platform to sell the real product. Ads are constantly shoved in your face to get new cosmetics, or difficulty spikes force you to roll gacha with real money. As a result, the game suffers a lot from its free to play design. Yet these free to play games are dominating the market.

This little factoid hurt the fraction of a soul I didn't know I had left. That's why I wanted to talk about some genuinely free games that came out this year. Games that don't cost anything from the moment you decide to give them a try to the end. No cosmetics, no DLC. Nothing.

While they didn't fit into the still in progress Bass Awards, I wanted to give a shoutout to two free games I loved this year. If you're looking for something to play without the risk of paying for something you don't like, give them a go!

Runner-up: Your Turn To Die - Death Game by Majority (Made with RPG Maker)

If the end of the Danganronpa series left a gaping hole in your heart only another death game can fill, you're in luck!

In a similar fashion to these games, you and a handful of other anime-ass characters awake in a death game facility. Forced into friendship with people you know might not last for long. Like in Danganronpa, each chapter closes with a trial in which someone is chosen by vote. Unlike in Danganronpa, however, the person you vote off hasn't killed anyone. It's just that killing is necessary to move to a new floor. So off you go, choosing by majority vote someone to kill off. You monster. 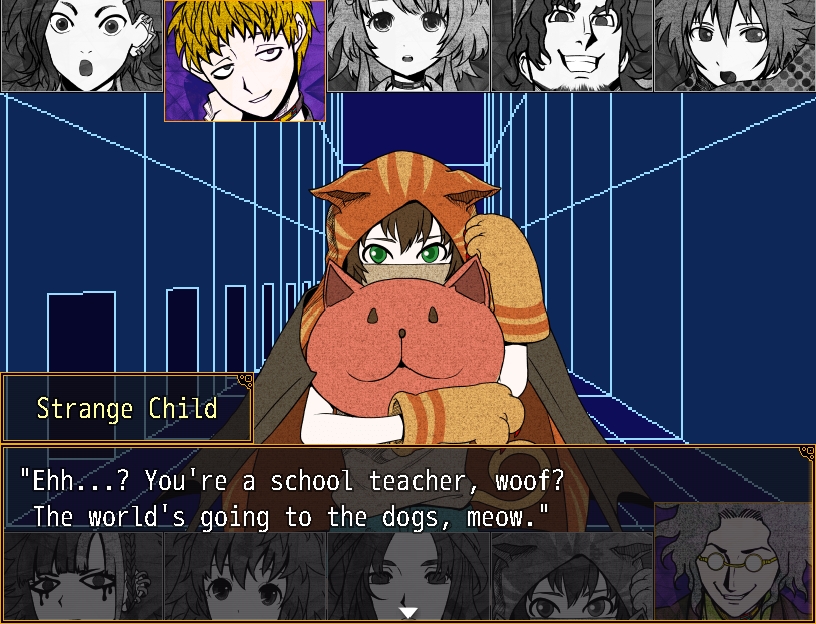 Now, the story isn't quite complete yet. Two of the three planned chapters are out, but who knows how long it'll get before we get our hands on chapter 3. For the time being, however, these two chapters by themselves are terrific experiences. Don't be discouraged by the weirdly paced opening and terrible name. The game only gets more gripping as the story progresses.

Do you enjoy Mario Kart? Do you feel like you'd enjoy it just a bit more if items were more skill-based? Or if you could play as Hatsune Miku or Doom Guy?

In that case, Sonic Robo Blast 2 Kart is for you! Sure, it's another demonstration that indie devs can't be trusted to name their games right. But it's also a tight, fast-paced racer that's a lot of fun to play. After only a few races of adaptation, I found the controls to work as well as the best Mario Kart has to offer!

For a game to get me to grind Time Attack, it has to do something special. SEGA, get these guys to make a Sonic Mania Kart!

If you've tried either of these games and have some stories to share, or if you know any truly free games that are worth a look, feel free to share! I'm always impressed by the effort put by people into projects that will, in the end, not make them any money.