Top 10 Pokemon Appearing in Sword and Shield That are Goomy

Pokemon Sword and Shield are finally here! Generation VIII has officially started, so you know what that means. Tons of new Pokemon to catch, third versions and/or remakes a year later and many fans complaining about the series’ decline in quality. Except now we don't need to wait two weeks after the game's out for fans to complain about the new games being terrible. Hooray! 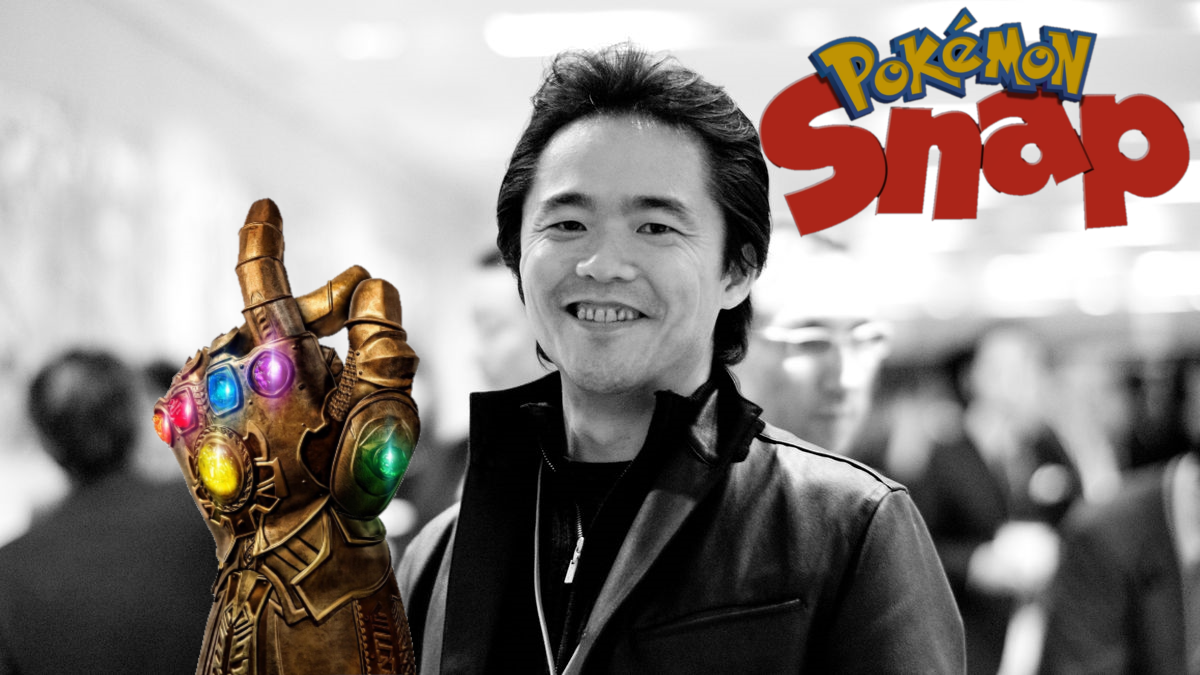 With the Pokedex in Pokemon Sword and Shield being drastically cut down this time around, I think it’s more productive to appreciate some of the best Pokemon from past games. Specifically ones that have been approved for entry into the Galar region that are Goomy. Please keep in mind that this list is entirely not subjective. Only the objectively best Pokemon that are Goomy are on this list. If there are any Pokemon named Goomy that I failed to mention, that’s because it is dumb and doesn’t deserve to be on this list. And it’s probably made of poo.

It’s safe to say that Goomy is one of the most popular Pokemon in the series. From its debut in Kalos, Goomy has appeared in every new region since then. From Kalos, to Alola, and now to Galar, people all over the world can’t seem to get enough Goomy. I'm sure Goomy's popularity will ensure it stays with us for years to come. 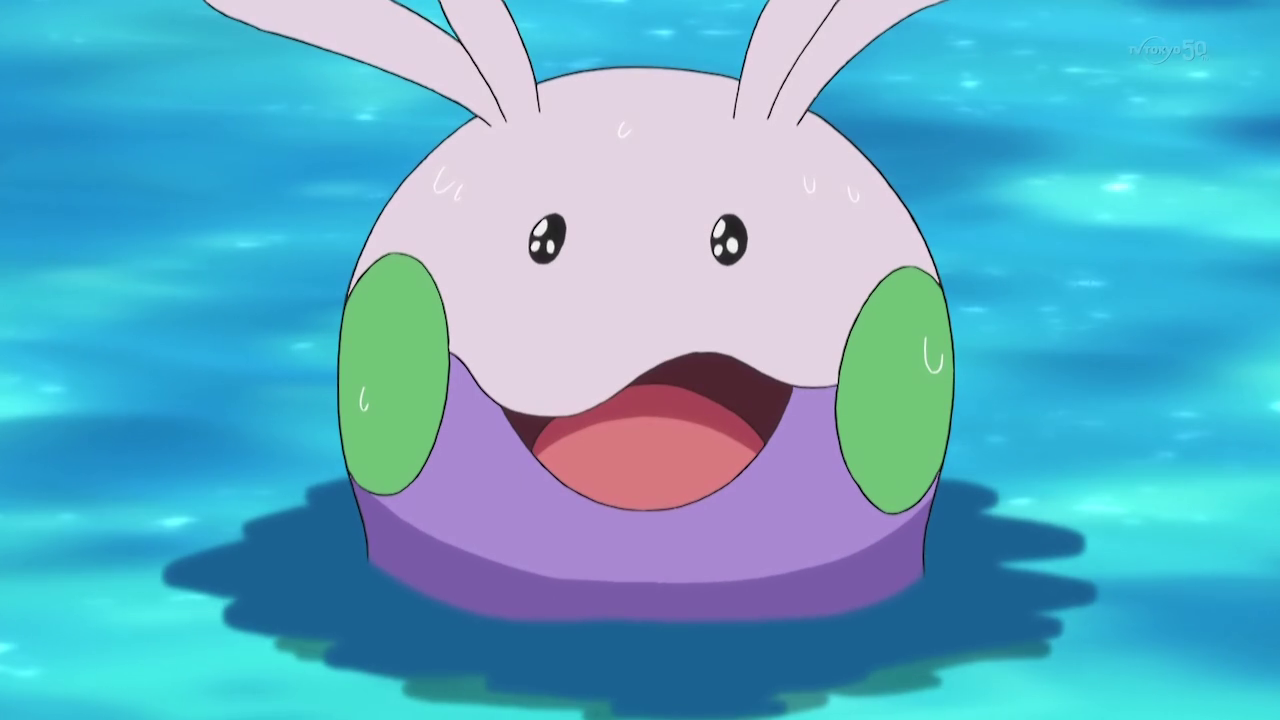 Ash had a Goomy during the X and Y anime, but he made a huge mistake in training it. You know it. I know it. So say it with me now:

Goomy is the Pikachu of a new generation. Yes, Goomy has evolutions that can easily surpass it in terms of stats and moves. But who cares about things like stats and better moves? War criminals, definitely. Abusive pet owners, most likely. And look where that got you, Ash. Releasing your fully evolved Goodra back into the wild to be with its family. You could have just taken this Goomy away from its family and friends, traveled around Kalos with it, then jail it with the rest of your Pokemon, but noooooooo. You had to evolve it and release it back into the wild. 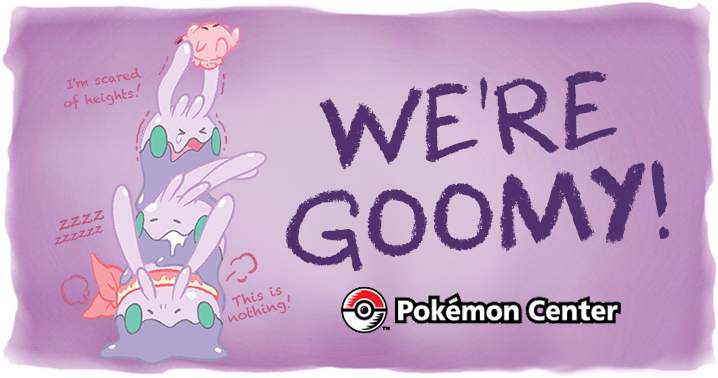 One of the things that can make or break a Pokemon for many people is the visual design. An example of really good design is undoubtedly Goomy. Being so round and smol maximizes its cute factor. It’s almost slug-like in appearance. And who doesn’t think slugs are cute? Slugs are amazing, being all slimy…slithery…makin’ everything moist. Slugs make for the best pets as long as you keep them far away from dogs, cats, parrots, gerbils, ferrets, African bullfrogs, snapping turtles and that chungus next door.

Goomy doesn’t have that problem. Ain’t no dog gonna fuck with a Goomy.

Ever since Pokemon Black and White introduced idle animations in the main Pokemon games, and after Pokemon X and Y brought 3D graphics to the main series, how a Pokemon is animated can be just as important as how it’s designed. Thankfully, Goomy is no slouch in that department. From the way it bounces around Pokemon Amie/Refresh and eats the FUCK out of those treats, it’s clear that the animators at Game Freak poured a lot of love into this slug-derg.

But looks can only get you so far. To excel in life, you need to put on the right moves. And baby, Goomy’s got moves for days. Many dragon moves, of course, but it can also learn some poison moves, some water moves, Absorb, Rock Slide, Thunderbolt, Infestation, Counter, and Iron Tail. That’s right, it can perform tail attacks without a tail. This is what peak Pokemon performance looks like. If you don’t like it…

Something notable about X and Y are how they handled Pokemon cries. For almost every Pokemon prior to Kalos, their cries were redone with enhanced sounds. Not Goomy, though. Its cry is so good that it didn’t need to be mucked with. Just take a listen.

The best way to gauge a Pokemon’s popularity is by how much official merchandise its had over the years. Pikachu, Meowth, Charizard, furry-bait Lucario and more have all had official merch that have lasted throughout the years. Looking through the official Pokemon Center website, one can find quite a bit of official Goomy-branded merch. There have even been official Goomy slippers. That’s two Goomys you can put on your feet. Two Goomys for the price of WAIT HOW MUCH!? 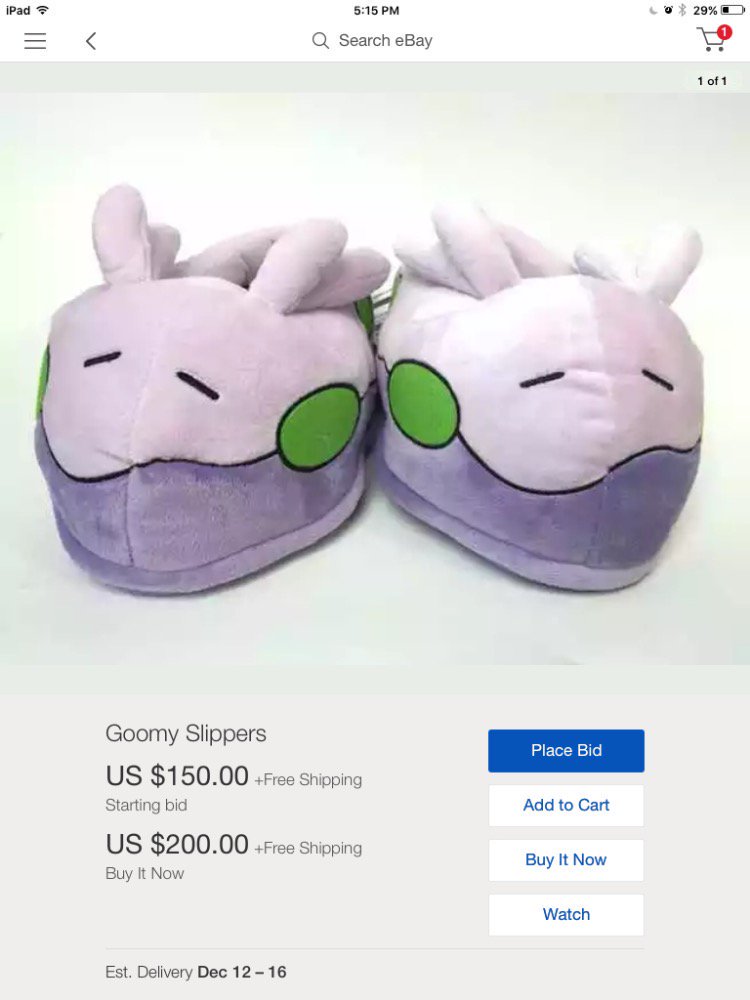 Sometimes all you want from a Pokemon is something to hug after a long day. Or maybe lend an ear to get things off your chest. Lucky for you, Goomy is here to help. It’s soft, squishy body makes it a very comfortable hugger. Goomy is also a great listener. Little known fact, Goomys are often used in reconciliation services all over the world. Did you know that Goomy was a pope once? That is a real event that definitely happened. Just look at this clearly non-faked photographic evidence. 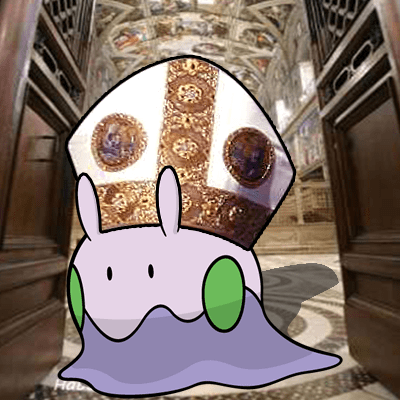 That's all the proof you need, really.

The lands that a Pokemon resides in can flesh out a Pokemon just as much as the Pokemon itself fleshes out the world. The Pokedex entries state that Goomy live in dark, moist places so it doesn’t dry out. This is reflected in the routes you can find Goomy in. The Laverre Nature Trail in Kalos has several patches of marshes for Goomy to scurry around. Goomy can also be found in the Lush Jungle and Route 17 in Alola during rainy weather, which both places being a dark forest and right outside the perpetually rainy, overcast Po Town respectively. In both regions, Goomy feels like it belongs in the environment.

Unlike Mr. Mime, which just leaves you with questions. For example, what are those things on its head? Is that hair, or horns, or what? Why is it just wandering around out in the open in some of these games? Did it escape from some facility? Is Mr. Mime another one of Team Rocket’s genetic experiments?

If Mr. Mime was female, why do we still call it Mr. Mime? Shouldn’t we call it Ms. Mime? Do female Mr. Mime prefer to be called male? Is Mr. Mime the first and only transgender Pokemon?

Why is Mr. Mime wearing a shirt in the anime? Is that like needlessly putting clothing on a dog or is that covering him up? If it’s the former, does that count as abuse if he’s overheating in the hot Alolan sun? If not, has he been naked this whole time?

Why does Mr. Mime have a Galarian form? Why does Mr. Mime have a Galarian EVOLUTION!? What makes him more special than someone like Porygon? Why wasn’t Porygon chosen to come to Galar, huh? Why doesn’t Porygon ever get a new split evolution or form or whatever? Why is Porygon always the scapegoat when he did nothing wrong? Will Porygon ever get justice for what Pikachu did in the anime? Will he!? WILL HE!?!?!?

…where was I going with all this? Oh yeah. 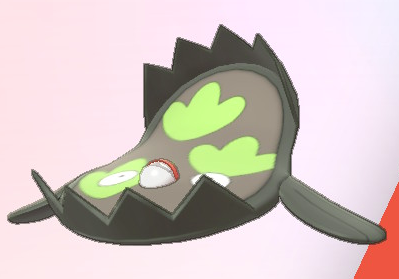