Why is Super Smash Bros Melee still so popular?

Look I'm not gonna write this in a correct format, I'm not going to write this grammatically amazing or like my reviews or other pieces you find.

What I'm writing and how it will come out is imperfect.

In fact, maybe it's terrible, but the message I am trying to put across: that's the real prize, what I want us to read, know, and feel.


Super Smash Bros. may be a series of its own, a gathering and garnering of the greatest games invited to Nintendo's playground. But Melee will always be Melee, it's not really about that anymore, it's about what the game is to us.

I actually have been delaying to put this little piece out for a while as I was writing it when Mang0 won GOML (Get On Mango's My Level) 2019. There was something a bit magical about his win, more of a comeback story of everyone's favorite player, but I didn't feel like it was time to work on this. A few months later, a shunned EVO appearance, "bad-time slots", and a plethora of "Melee is dead" Reddit posts, the world realized something: Melee never dies.

A quick about me and my Melee fanboyism. I've always enjoyed Smash, I was a casual to the core: I played every single Smash and would try to play each one as much as possible, from Smash 64 with my brothers, to Melee Adventure Mode, to Subspace in Brawl. I never truly would just move on, I always loved playing all Smash's whenever I had the chance, each game was different in its own way; it was a game and a fun with to play with my friends and family. However, in 2013 I met some people and finally cracked my "casual shell". I watched this guy "Mang0" win EVO (I was a MvC2 guy so I at least knew what EVO was), learned what the heck a WAVECHEATING  wavedash was and entered a online Brawl tournament (that I subsequently won). Since a new Smash was destined to come out in 2014, I, like a fool, looked past Melee and thought everyone loved Brawl and practiced for that and the new Smash game (which would be 3DS/Wii U).

However, I never stopped watching and playing Melee that whole time, there was something compelling about it. Was it my favorite player Mang0 had some affect to this? Was it how clean Mew2King would play Marth that just seemed inhumane to me? Why was the Super Smash Bros. Melee they were playing different from mine? Even after learning frame data, SDI, waveshines, I watched them and I then realized it:

The Melee they played was cleaner. It was what peak / perfect Melee looks like (I'm still saying this to the day). 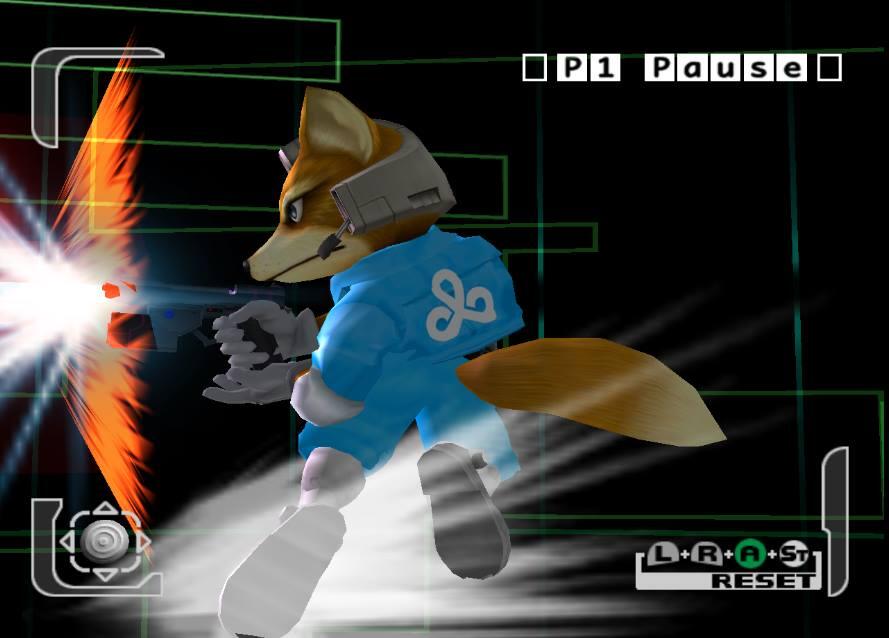 There was no missed L-cancels, there was no "attahs" (Fox bad wavedashes), they moved in a way I had never seen. It was so mesmerizing, it was what I wanted MY Melee to be. Melee always had the documentary behind it, and while it was needed to save Melee, that was never my motivation or introduction into it. In fact, I never saw the documentary until 2018 when I was already a full-fledged Melee lover. It took a few Youtube videos, some Mang0 schmoves, and playing with my friends to realize how great Melee is on its own.

I always made sure to sign up for a Melee tournament if there was dual event during my Smash 4 travel days. I even went to UCI for my master's and would play Melee with these students who were still practicing in the Esports Arena and were still in love with the game 18 years later. If I had free time, I made sure to watch Melee tournaments or keep up with their top players. (If you couldn't tell I'm a die hard Mang0 nation fan, but I'm also a huge Leffen fan). To people it didn't matter there were 5 Gods, it didn't matter if Westballz tech skill was better than all of them combined, they lived Melee and it was the basis of their friendship and everyday life. Some watched it grow and die, others have lived for it during the resurrection, but all of us have played it.

Now with Mang0 winning this past week in The Big House 9 with Melee on Twitch hitting a peak of 96.7K viewers, it is fair to say will Melee ever die? The game keeps evolving, the players keep getting better, new people keep coming in, and the fans just keep growing.

I'm not completely absolved from sin, I was on the train Melee was dead about a month of GOML 2019. The tournaments were boring, the luster wasn't there and it just seemed to exist. However, even with Ultimate getting all the tweet love from NintendoVS Twitter, getting EVO mainstage, it just never captivated me nor the full audience that it was ready to be as prime time as Melee ever was. Melee was going slow and I had theories behind it:

Is H-Box killing Melee with his methodological gameplay?

Is it really just Mang0 who carries Melee?

It was nice to see Tempo Storm's Axe win a tournament with Pikachu, Wizzrobe win something with Falcon, but personally I thought they were alright at best. My favorite win of the year non-Mang0 category: Leffen winning Smashcon. Leffen plays Fox in a godly level and his story line and journey to that win just really made that win exciting. Melee also garnered some buzz again after that win, and I went back to thinking that spacies are the reason we love Melee. But it wasn't that, it was something more.

It's that winning is so much harder than it was back in old Melee, it's that now people more than just the 5 Gods have a chance of winning, it's that Melee keeps evolving and we live for that.

The top/highest level of Melee is a different game. It's not Super Smash Bros Melee, what they go out there and play is straight-up, unfiltered, MELEE. Honestly, if Sakurai saw the way these people play Melee his jaw would drop. There is no way he thought something he rushed to create could come out and be so perfect. It's not the "flaws and glitches" that ruin the game, it's what makes the game special and unique. The tools are out there for all of us to get there and make our copy of Super Smash Bros Melee into the Melee that we see.

So why is it so popular? Because the Melee we see on stream is the Melee we always pictured what Super Smash Bros to be.

Michael Troina is a Nintendo enthusiast and lover, who also has a soft spot for Sonic the Hedgehog and anime. When he's not out saving people from bad games as Spiderman in Queens, NY he can be found at his Youtube Channel: GAMEMEN / SNBGaming64 or his Twitch Channel: troyfullbuster. You can also follow his twitter at Troyfullbuster.