Freeware “Friday”: The Heart’s Got SOUL

Sans forced me to write this article.

When I started writing this on Thursday, I had 2 and a half hours of sleep and was running on chocolate cheesecake from the night prior. My birthday is today, as of this article’s posting. And Sans Undertale is in Smash.

Sans forced me to write this article. How could I refuse? 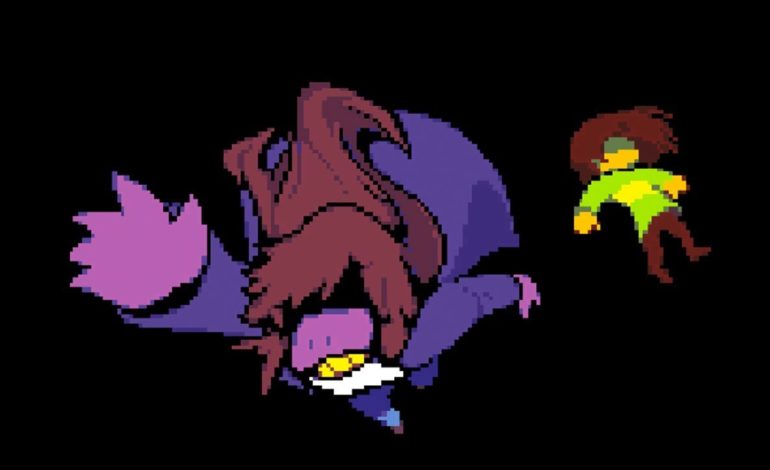 In case you’re not up to date on the deep and riveting Uncle Arena Fighter lore, I dubbed Deltarune my pseudo-favourite game of 2018, fitting it into a sort of 1.5th slot next to Copy Kitty. It was proverbiably a thing. Fact is, I love Deltarune. I probably had the strongest emotional response to a video game with it. I don’t know how much more than that I can squeeze out of myself for this article, but this is a game deserves the effort.

I guess I’ll start at the start. I haven’t played Undertale, but I’ve seen it in full. I intend to experience it myself one day - it also deserves it! - but as things stand, I went into Deltarune without a significant emotional attachment to the cast. After making it through my third most frightening install thus far and a fake character creator to set the tone, I discovered that my lack of experience wouldn’t be a problem. Deltarune uses a remixed, alternate universe version of the Undertale world where monsters have already resurfaced and integrated into human society.

Your character, Kris, is the sole human adoptee in an isolated monster community. You look an awful lot like Frisk wearing Chara’s colours, and that’s not the only weird parallel players have noticed. Still, nothing is exactly as it was, and while Deltarune is better with knowledge of Undertale, you certainly don’t need it to enjoy the game. 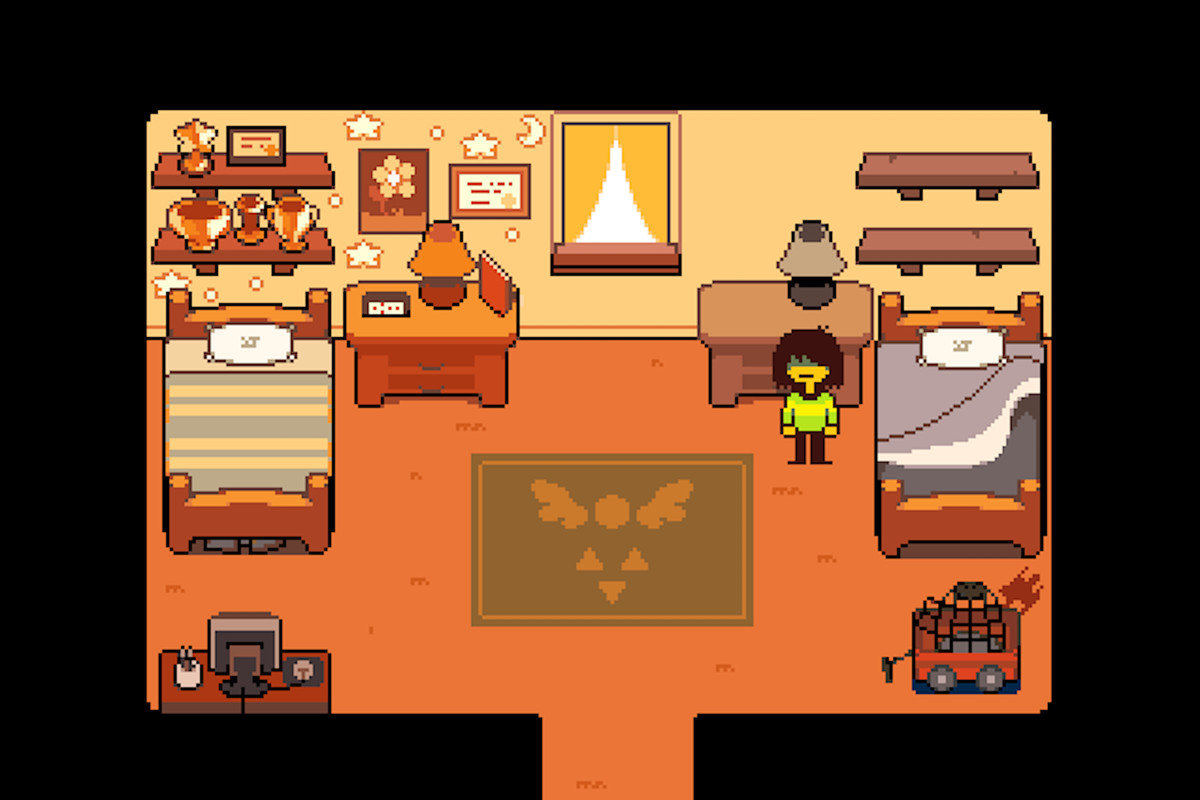 After a short, charming school sequence, it turns on the creepy for a while. This game was released on Halloween, in case you forgot, and it really makes you question what you’re getting yourself into… before it goes full silly once Lancer and Ralsei are properly introduced.

That brings us to the core cast, and oh boy is it strong. Kris functions as your avatar, but is still characterized by other people in the town talking to and about him. You, or rather your SOUL, is also characterized by what you are able to do. The dynamic between you two is enigmatic and alluring, and I sincerely hope that we can explore it more in the full game.

Ralsei is shaped like a friend. That’s his character. He is the Pacifist route personified, and you get the chance to interact with him in cute ways immediately. He even comes to learn that a little bit of violence is sometimes necessary when dealing with unrepentant people, which is an arc you don’t usually see handled with such grace. His true form is also enigmatic and alluring (not in that way- well, I guess he’s pretty cute), and, again, I hope it’s explored more in the full game.

Ralsei’s acceptance of precision violence comes as a counterweight to Suzie’s acceptance of pacifism. The personification of the Genocide route (but not actually unhinged enough to kill anyone, just scare them) is a beautiful character study in a bully learning to tear down the walls she’s surrounded herself with and learn to trust and respect others. She starts out as a hazard you and Ralsei need to work around, before teaming up with Lancer for a quick boss fight. After realizing that she can’t hurt the first real friend she’s ever had, she, independently of your influence, finally consents to helping you save the dark world. Suzie is the functional main character of Chapter 1, and I love her to bits. 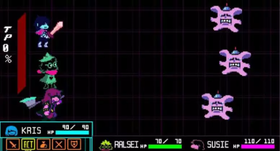 And you can’t have Suzie if you don’t have Lancer! Considered by some to be the concentrated personification of everything annoying about Toby Fox’s writing, this ball of goof dogs you throughout the game - poorly, much like his caretaker Rouxls Kaard (I understand it’s a card game term, but if you rearrange the letters a bit…). Incidentally, all of the threatening traps you have to deal with seem to be either naturally occurring or a product of the King and his servants. Lancer is only a minor threat in direct combat, and his and Rouxls’ traps consistently fail. Anyways, he may be a ridiculous character, but he still tries to love his dad and head off Suzie’s stated plan of murdering him. This second dimension to his character pays off in a bit of real growth when he finally realizes how much of a monster his father is, and supports you as much as he can in the final battle.

Said final battle, the King, deserves a bit of a mention here. He’s got a great theme, his battle’s unique mechanic of spending a character’s turn to get a more powerful command is great, you wanna’ beat him up for being a remorseless bad guy, and his mechanic of swinging your playing field once again shows Toby’s skill at squeezing everything he can out of a makeshift RPG Maker bullet hell system. This game’s fighting solves some of the problems with repetition that Undertale suffered by introducing a diverse team, though I hope more is done in the full game, as it was largely exhausted by the end of this experience. Jevil’s fight was a bit above my skill level, but darn if he isn’t cool.

That brings us to the ending and victory lap. Your choices don’t matter in this world and no one can choose who they are, but you’re still rewarded for protecting your “enemies” from Suzie’s wrath in the early game with an extended ending. You get to go back and talk with all the friends you’ve made along the way, and say your last goodbyes (for now) as you and Suzie make your way out of the dark world…

And into the SECOND victory lap! Toby is no stranger to this practice, having first encountered it in Earthbound and importing it into the Pacifist ending of Undertale, but this is the first time I’ve experienced it. And even though I had no personal connection to all the returning Undertale characters here, it GOT to me, man. Tacked a whole darn hour onto my play time! I talked to every NPC and explored the whole town from top to bottom, and loved every second of it. Tragically, the only person I missed was the lovable Onion-san, as I didn’t stand in the right spot by the river. Man, I’d like to see that place again. 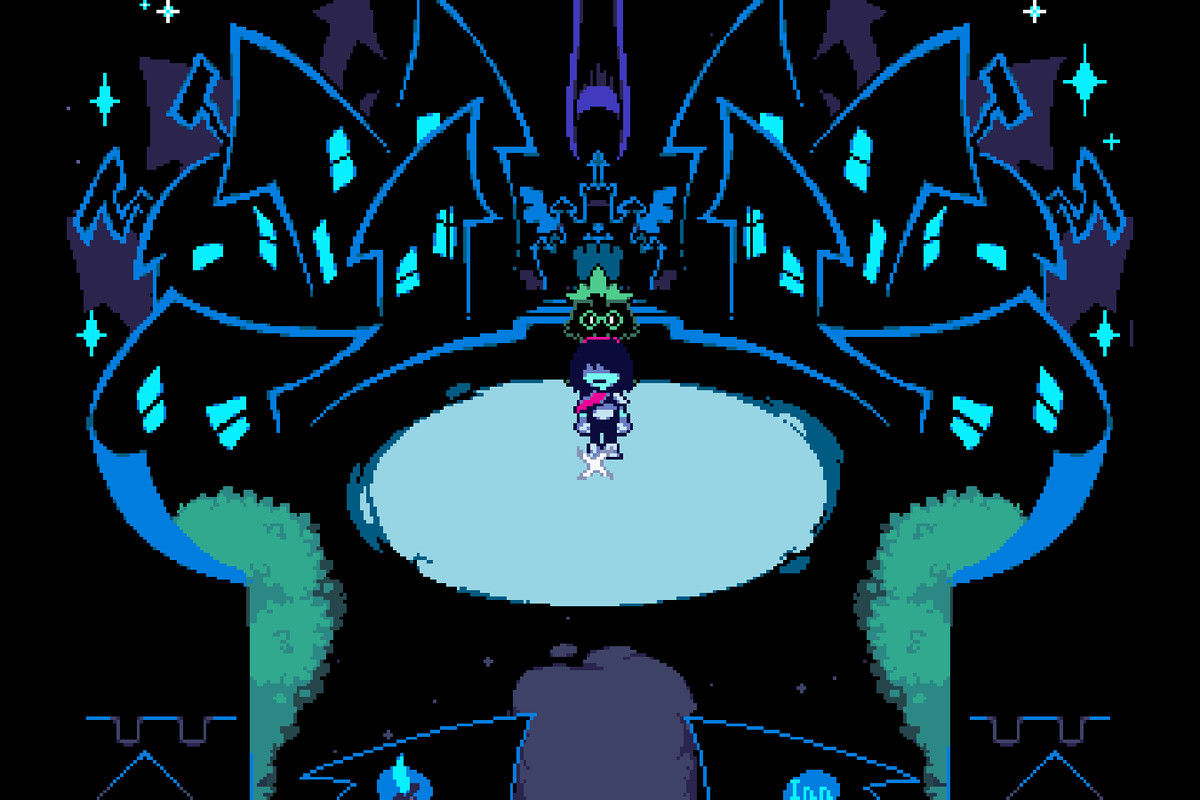 And of course, we couldn’t really wrap this all up without mentioning Toby’s attention to detail and excellence. The music, the collaborated-upon artwork, all the little extra bits of dialogue (especially on all the equipment), and all those little details that mark a Toby Fox game are here in full force. If you’re even remotely willing to pick up what this game is putting down, you’ll be charmed for sure, just like I was.

And after an unexpected vocal credits song and a hype as heck stinger, the game is complete… for now! I’m super keen on nabbing the full game once it comes out (please come out, you can do it Toby and co.!), and I intend to play Undertale myself before then. As it stands, Deltarune Chapter 1 is still valid as a self-contained experience, especially if you adore puzzling over mysteries and coming up with theories. I think I have the framing device worked out, but we still don’t know for sure what role Ralsei plays, how the stinger will affect things, who exactly the Knight and Queen are, what’s up with that bunker below the town, or even where Suzie goes after you return. It’s a right good mystery, and I’m always up for one!

Also, I’d really like it if your SOUL went to another character in other chapters, and you work through a chain of people adventuring with Ralsei in the dark world, buuuut that’s just a fan proposition. Don’t let your expectations be skewed, as no one can control what direction artists take their work in this world.

Hoo! This is by far the fastest AND latest I’ve ever finished working on one of these. Only took half a day to write, and that’s something considering the state I was in! Now I’m in the mood to go dig out my cop of Smash Ultimate and play some Sans and Banjo, but the sad truth is that my copy’s packed away in a box somewhere, and I’m loathe to get it out. So, Astral Chain and/or that free Kirby game it is!

Anyways, good luck out there in this season of change, and don’t forget: I’m with you in the dark.

naw, just kidding. you’re body’s a bit too lame for me to hang out in. doesn’t mean we can’t be friends, though.

i heard that super smashing fighters game got a big update. added some cool dudes. my group needs one more player, though definitely not because i’m gonna’ step out or anything. you free? cool. see you tonight.

you bring the snacks.