Control is a nice breath of fresh air. Sometimes it can be a little too easy to predict what kind of experience you’ll get in a game — not here though. Control defies the tropes that have permeated through some of the most popular single-player games of the past few years, and aims to deliver an experience not commonly seen in the mainstream. Tight gameplay, Metroidvania-esque level design, and a mysterious plot culminates in a cerebral, electric, and unique experience — when it works, that is.

Control follows Jesse Faden, who is on a quest to find her brother — taken from her following an accident in their hometown years prior. Her journey leads her to the doorstep of the Federal Bureau of Control — an organization responsible for researching and regulating reality-bending phenomena — where she assumes the role of Director of the Bureau. In her new position, she must fulfill her duties as director while uncovering the truth about the event that happened in her hometown all those years ago. The story manages to stay engaging throughout for a few reasons.

For one, the presentation is stellar. Intense visuals and imagery are present almost the whole way through — reminiscent of the trippy dream-sequences from Max Payne or some of the stranger parts of Alan Wake — both prior projects from Remedy. One minute you may be fighting some enemies in a lab, and before you know it, you’ll be in another room with all kinds of distortions in reality. Additionally, every plot detail in the game feels shrouded in layers of secrecy. The game doesn’t try to bombard you with a cutscene’s worth of exposition. Instead, the game opts to slowly unveil elements of the events leading up to Control only when it relates to the plot, adding more significance and suspense to each of the major plot points. 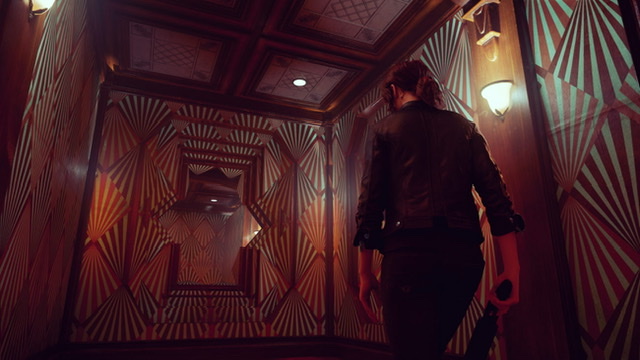 The main story only consists of 10 main missions, which, at first, doesn't sound like a lot. You can speed through the main story in about 10 hours, but keep in mind that is not how this game is meant to be played. Speeding through the story might actually be the worst way to get the full weight of what’s going on — you’ll miss out on extra abilities you can acquire, upgrades, as well as miss some great character work and outstanding boss encounters. Side quests should definitely be played as if they were part of the main story. They feel varied enough to never really feel repetitive. Additionally, there are plenty of collectibles scattered throughout that build the world in ways that you wouldn’t really expect. Each collectible contributes to the lore of the world of Control, and truly helps paint a bigger picture of what the FBC is doing, and how the events of the game came to be. The main story may not be all that long, but this is definitely a game that warrants replay — whether that be to 100% the game, or maybe you want to use all of the powers you’ve acquired to try to speedrun a level, the beauty of this game is how many different ways there are to play, and it’s easy to spend a large amount of time messing around with that.

At first, the game is presented as just another third-person shooter, but is a departure from many tropes often surrounding the genre. By removing some of the mechanics often associated with third-person shooters nowadays, such as cover systems/snap to cover, Control manages to create tension even in the simplest of encounters. Having to weave in and out of cover during combat can prove to be quite a thrill. This game has some of the tightest third-person gunplay of this console generation - but the scary part is that it’s not even the best part of the combat. 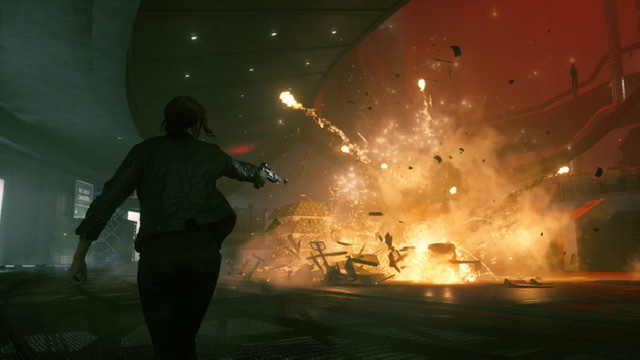 Throughout the game, Jesse comes into contact with various Objects of Power (OOPs). With each OOP comes another upgradable ability for Jesse to utilize against the Hiss, and boy are these abilities satisfying. The best part of the abilities are how synergetic they can be. You can use your possession ability to force enemies to fight alongside you, followed by levitating into the air, maybe wait for an enemy to fire a missile or toss a grenade at you, and then use your throw ability to toss it right back at them - and then maybe even use their body as a projectile against your next foe. The freeform nature of combat makes every encounter feel fresh, frantic, and fantastically satisfying when you defeat that final enemy.

This game is pretty, there’s no doubt about it. Thanks to the reality-bending rules of the Old House, there is room for plenty of abstract design choices within levels. This helps make no two rooms feel the same, while also contributing to the sense of uneasiness that permeates throughout the game. But, when you look past the surface are when the flaws really shine through. Texture pop-in and unloaded objects were common in my first playthrough. Additionally, the facial animations during cutscenes aren’t particularly great either. While the mouths of the characters move with emotion and some pretty good lip syncing, eyes and other facial animations from the nose upward seem to be minimal, which can break the immersion of some of the deeper scenes in the game. 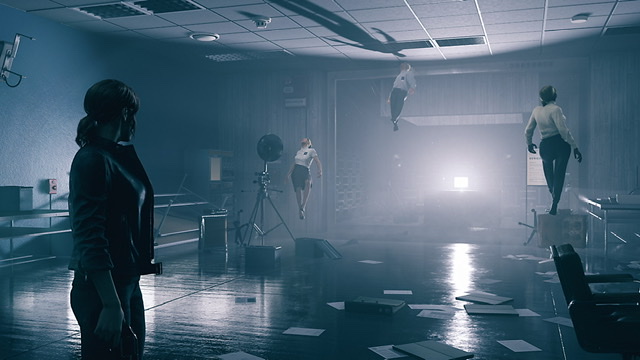 Running on the PS4 Pro, this game has some performance issues. It’s obvious that this is a video game that pushes current-gen hardware to its limits. The game runs well about 70% of the time, with the other 30% marred by a lot of slowdown/lag issues. In some areas of the game containing large quantities of enemies, there was a substantial amount of frame-rate buffering when in the middle of the action. A similar issue was can be found when unpausing the the game, or anytime a mission is completed (except the latter resulted in 15 second freeze frame). It’s safe to assume that some of these issues will be addressed in post-launch updates, but, in its present state it can be rather distracting, which is a shame given how amazing the game can look and feel when running correctly.

Control is yet another successful outing from Remedy Entertainment — possibly their best since Alan Wake. In a world where many mainstream titles seem to place an emphasis on vast open worlds, complicated upgrade systems, and incorporating online functionality, Control has proved to be one nice breath of fresh air. It’s intriguing plot, visuals, and frenetic gameplay are sure to take you on a one wild ride around town — just be ready for some speed bumps along the way. At the end of the day, Control gets an…..