This isn't the first time I've talked about Destiny on here. Hell, probably won't be the last either. But I've recently decided to make my return to Destiny 2 after taking a few months off. Gotta say, it feels good to be back too. Even in the short time I was away so many things to do have cropped up that it's been nearly overwhelming in my returning.

But one thing never changes for me with this series, it just feels so damn good to play. Through it's worst or it's best moments, Destiny as a series is just flatout wonderful from a core gameplay design point. Extremely tight shooting mechanics, excellent controls, generally great level design, fun boss/raid mechanics usually and always, always a wonderful soundtrack. It's a very pretty game as well. That can't really be argued. I don't just mean graphically either, some of it's landscapes and set pieces are just gorgeous. 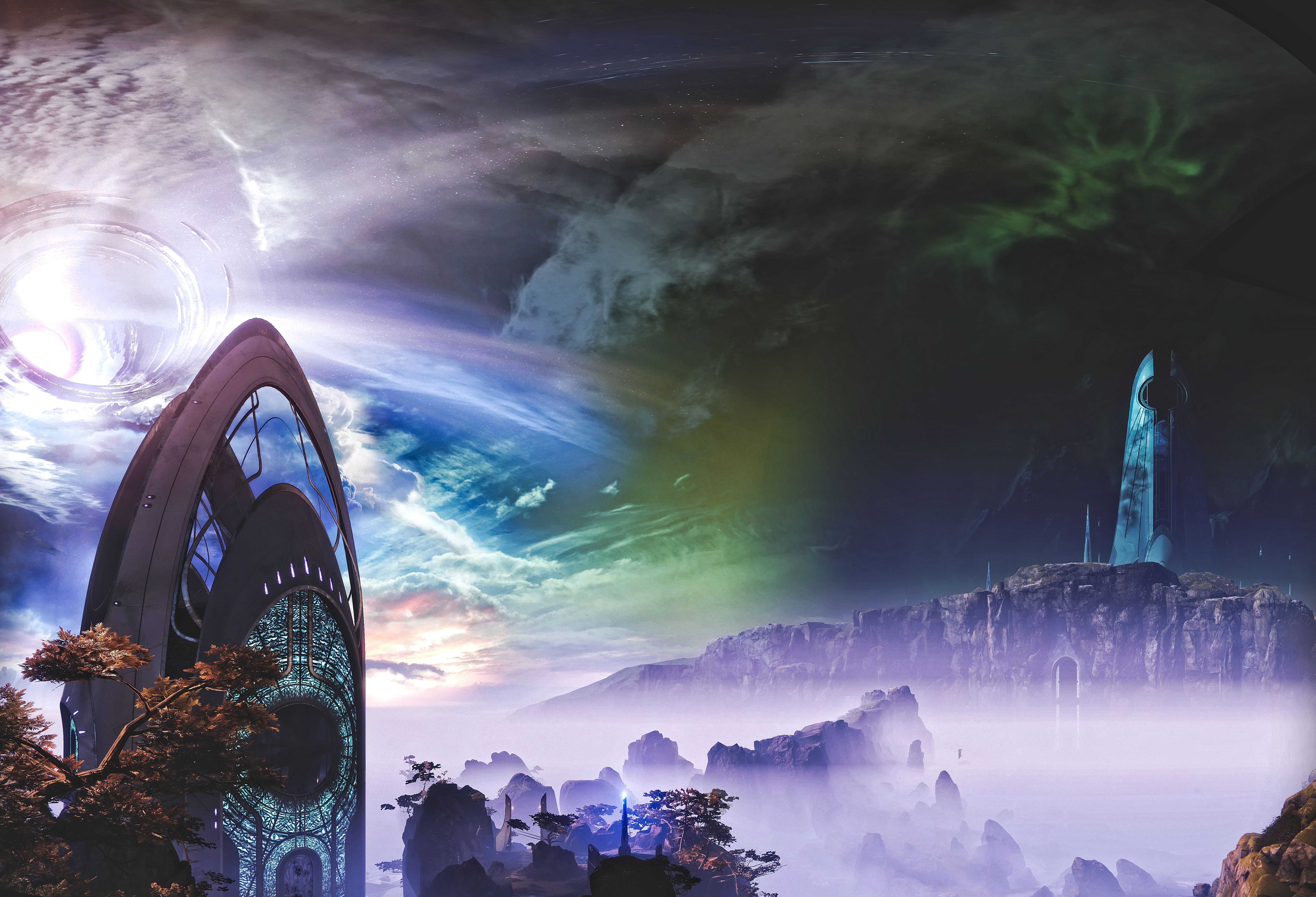 To continue along with things I've discussed before, my relationship with Destiny has been complicated throughout my now over five year time with it. It's certainly had its ups and downs, no doubt. Destiny 2's launch leading into Curse of Osiris is a grand example of one of the lowest lows in the history of the series.

Luckily things started to get back on track before the launch of the big year two expansion, Forsaken. And now since then it's been a steady climb further and further up from the bottom of the well that was Curse of Osiris. The game is in great shape right now. Arguably the best it's ever been in. Even better than The Taken King, what many fans have considered the high point before now. Bungie's decision to buy back their publishing rights from Activision have done them a lot of favors. There has already been an improvement not only in the content released but also the frequency of its release since.

But as I stated above, even during the worst of it, there was always just something about this game that has kept me coming back. Yes, the aforementioend core gameplay is quite strong, in most all of its elements. But I don't believe that's exactly what has kept me wanting more. At its heart Destiny has really always been an MMO shooter. The terms "MMO" was one that Bungie was always keen in avoiding labeling the game as until just recently. However, if we're being honest this was always the easiest label to give this series. Looter Shooter was a common labeling, but that term or sub-genre really lends itself more towards something like Borderlands. A Diablo-esque shooter. Destiny never really completely fit that bill. A lot of its inner working scream MMO design and it would seem even Bungie has finally admitted this. As with the upcoming release of Shadowkeep, the game's next big expansion they've finally started to admit that the series is an MMO.

As dumb as that sounds, I think it's actually an important note to make. See, for one it's much easier to understand why Destiny does and doesn't do certain things if you consider it an MMO. But more importantly now that Bungie is even considering it as such means that they intend to double down and focus on those inherent MMO design decisions. This means a larger focus on deeper RPG like mechanics which has been briefly if vaguely shown and hinted at a bit with the game's upcoming Armor 2.0 system. There's still a lot of unanswered questions regarding this new system, but it's been shown that they're ditching the simplified armor stat system we currently have now. Instead it'll be replaced by something more like Destiny 1's stat system. With gear focusing on stat attributes like your typical RPG. I'm all for this as I missed the D1 style anyway. 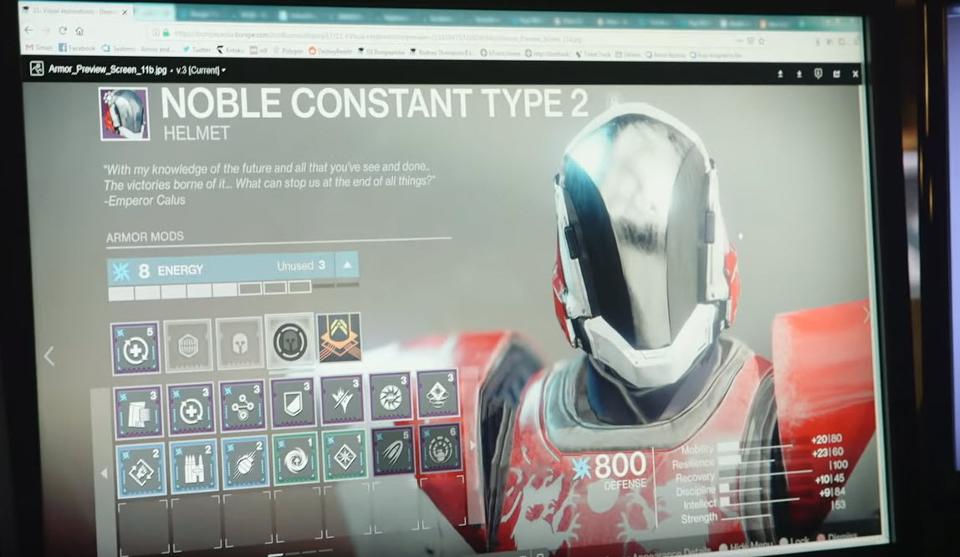 This signifies to me that the game is moving forward in distancing itself further from the early D2 idea of streamlining everything to make it more accessible to newcomers. Something I appreciate and hope continues to be a trend seen throughout the game's lifecycle. Destiny has a pretty hardcore fanbase that doesn't need their hands being held in the basic mechanics department. It's refreshing to see that Bungie has fully realized this about their core audience and knows that we've missed the more hardcore character customization options of the first game.

These MMO hooks dig in deep to keep you wanting to come back. Destiny, or really any other MMO is not a game that you pick up and play casually every once in a while. It's a game that demands your time.

So we got a bit off track there, but it was to make the following point. Destiny keeps you playing if you can get into it. It has the hooks of an MMO with solid gameplay, yes. But it also has a pretty near world with some absolutely fantastic lore. Destiny's lore has actually always been great but previous to D2 a large majority of it was locked behind a grimoire that couldn't even be accessed in-game. That's a thing of the past now, however. If you're willing to get invested into Destiny's world there is a lot to take in and a lot to absorb yourself in. As a lorehound and something of an amateur writer myself this is an area that I will always appreciate in a good video game. It can and HAS made me overlook some flaws in the games I've enjoyed. It also will keep me coming back to unfold more of it if the source material is good enough. And Destiny delivers some pretty compelling stuff. To the point of even releasing an actual physical book covering a bit of it last year. 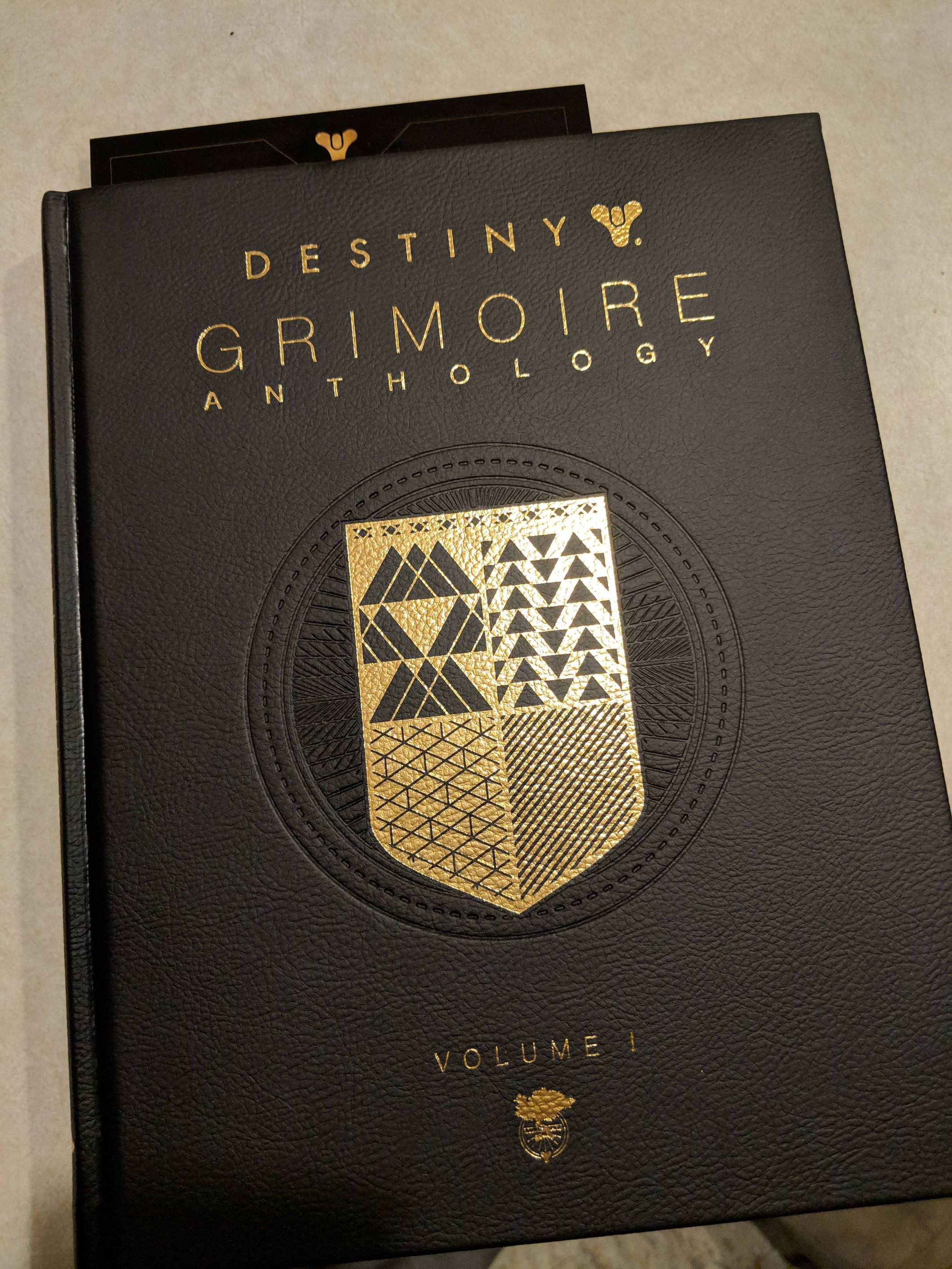 See, on a more personal level, games like Destiny resonate with me so well because they encompass my mind. As someone who suffers from anxiety, this is big for me. It's one of the bigger reasons I enjoy video games so much. As an escape and as substance for my mind to take in and work over. This is a very large part of why I've played and enjoyed so many MMOs in the past and why I played games like World of Warcraft for over a decade of my life.

I like to study things I'm into, to dive into theories of why certain things are the way they are in a game's lore. To discuss some of that lore or therories surrounding it with other fans of the subject matter. To just...engage with something if I'm truly interested in it. And believe it or not, Destiny fills that gap pretty well. There's a lot to do in the game from a gameplay perspective, so I'm regularly engaged while playing it. But also there's a lot to take in on the back end as I've tried to just explain here. I love that. And even through the worst moments in the series this fact has kept me coming back.


Another thing that means a lot to me in the games I'm truly passionate about is challenge. If a game isn't challenging me at least to a decent extent I find myself bored with it fairly quickly. This is probably why some very well respected series such as Kirby or even to a lesser extent modern Mario games don't do it for me. (To be clear, I still enjoy most Mario games, but I don't often finish them out of boredom.) And this would explain why so many of my favorite modern games are of the Dark Souls formula, not just those From Software masterpieces but also some of the games they inspired like Salt & Sanctuary for example. Point is, I need to be challenged. And this is something Destiny does well too.

It's easy to tear through Destiny's story campaigns and really it's just a matter of grinding to start powering up, but the real challenge of this series comes from it's raid/dungeon mechanics and it's event quests for things like Whisper of the Worm, Black Spindle, or the recently released Outbreak Perfected or it's D1 counterpart, Outbreak Prime. Don't believe me, check out the video below. That mission was one of the most challenging moments I've had in a video game in the past few years.

Seriously, that was a VERY tough challenge. One of the most difficult things I've tackled in a video game in the past few years. It's probably trivial now if you were to attempt it as we can be almost double the power level of it's recommendation and have some pretty advanced weaponry now. But man, back then it was rough. And I LOVED it. It frustrated me in all the right ways. Making me want to keep going after I failed. (That happened many times.)

When Destiny wants to challenge their players, they do. And that's another things that keeps me going. That sense of accomplishment in having overcame some crazy difficult challenge. In Destiny's case the hardest challenges don't die directly to progress, but rather exclusive gear or weapons. Gear and weapons that I'm stoked to use and show off after having busted my ass to obtain them. It's a rewarding gameplay loop. Destiny has been nailing it for years now, but unfortunately only the hardcore usually get to see these moments. Arguably the best moments Destiny can give you. Which again brings me back to the fact that Destiny wants your time. But if you're willing to give it to it, it will reward you for it. And again, something Bungie seems to be doubling down on the further we get into Destiny's time in development.

I can completely understand how these things are actually a turn off for a newcomer or a more casual player. I totally get it. But for me, they greatly enhance the experience. I love pushing myself to the limit and then past it in order to obtain something in a game like this. And it makes for some intense multiplayer moments with friends, too. When my two buddies and I finished that Whisper of the Worm mission and got our shiny new exotic sniper rifle, we were stoked. Had we been in the same room together we would have been slapping high fives, and toasting one another with our beverage of choice. Basking in the celebratory glow of what something only of that level of teamwork and hard work can give off. Moments like that or after that first raid completion are some of my absolute favorites in the past decade of gaming with my friends. If the game didn't challenge us that way and press us that hard then I wouldn't remember them so fondly, for sure. 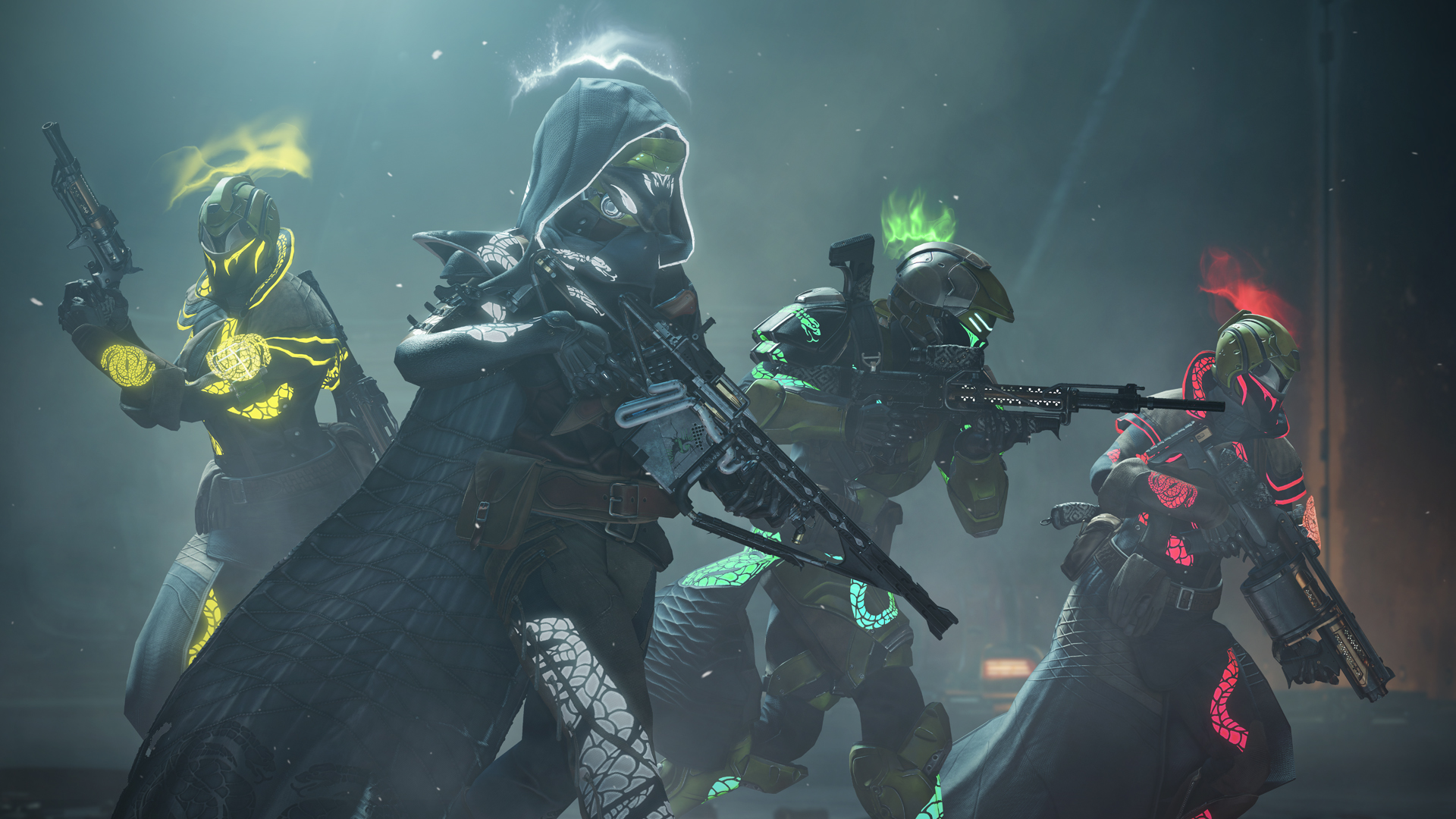 So yeah, here we are again. Another Destiny article. Another gathering of words where I defend a game I honestly truly love that most people love to hate. But that's ok. I'm just glad that things only continue to get better and better within Destiny. Hey, if you've made it this far - thanks for reading. Cross saves are about to be a reality in Destiny and the game is finally moving to Steam with the release of Shadowkeep. Here's to hoping we'll see crossplay sooner or later too. Maybe I'll see some of you on the Moon in October!