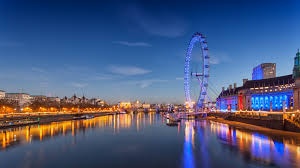 The Docked Only Switch

Well, this has been a very interesting month for Nintendo as it has officially been announced that not only new hardware was coming but also a hardware revision is coming too. All of that being announced less than a few months from direct press releases stating that they were not planning on releasing any new hardware this year… Well that basically contradicts what is happening in September.


A lot of people including myself have been waiting for a Switch hardware release that would include something of a performance overhaul as the current status quo for their hardware is last generation. That could be said about the Wii and the Wii U… but at the time of the Wii most consumers owned analogue TVs that maxed out at 540i or 540p… The Wii U most consumers had a 720p TV and the Wii U played most games at 720p…

The docked experience of the Switch is… bad <-- There I said it.

I totally understand that is not the main focus of the Switch but it feels like a second class of consumer as you constantly have to deal with compromises that were made so people can take games on the go.

Now technically the titles that Nintendo has focused on that were generational updates such as Mario Kart and Super Smash have seen wonderful updates to 1080p and slightly over all quality updates due to the Nvidia chip set offering a slightly different tool set than AMD… Though that kind of left Donkey Kong in Smash looking weird. 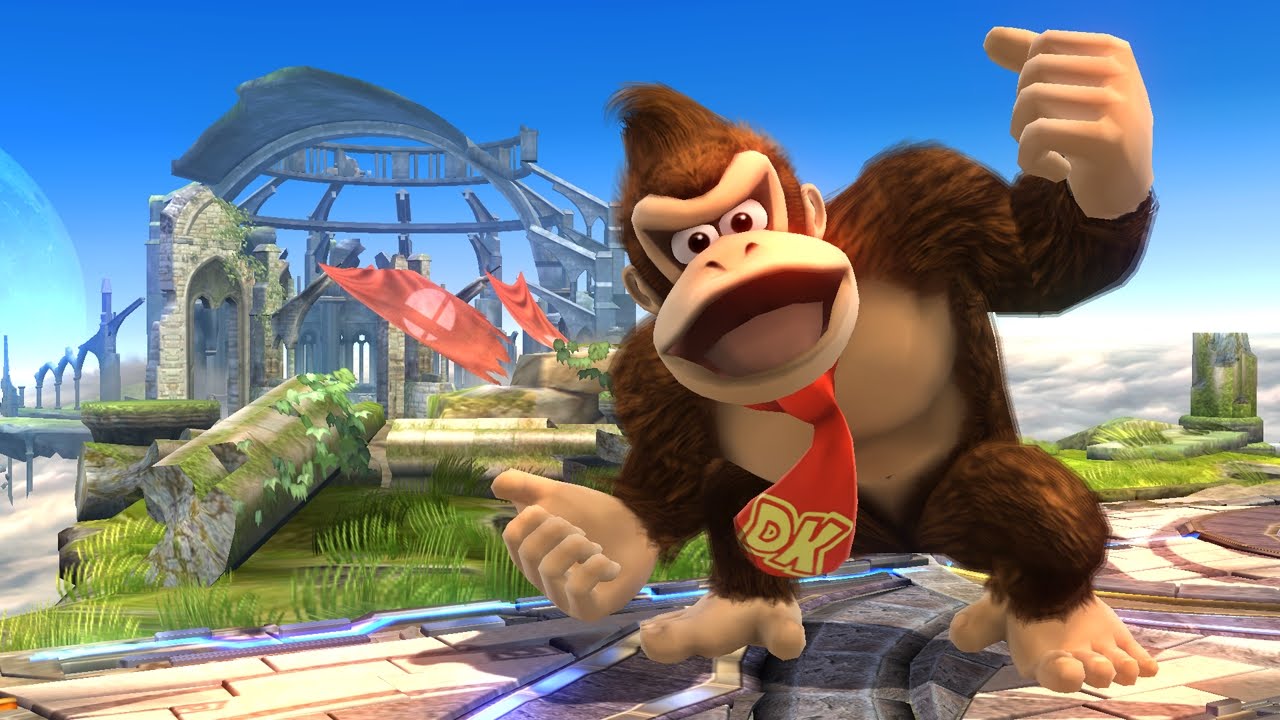 The problem is that most if not all the current generation titles built for the Switch have had to have giant compromises just to run at a decent rate. Most noticeably is Pokken and Zelda Breath of The Wild. Pokken DX is an odd game because at one point in time I was able to directly compare the quality of that to Pokken on the Wii U and the Wii U version looked better because it was clearer and the resolution of the textures looked to be higher on the Switch. The Switch version might be running at higher resolution but the character models… the ground… and almost every texture in the game looks like the Wii U version. All the special effects are toned down on the Switch. 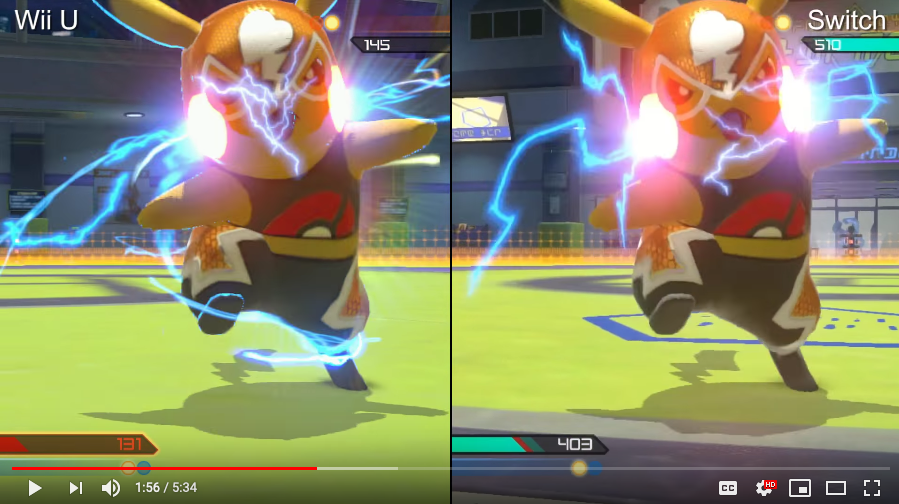 Zelda on the other hand it has been reported by Nintendo themselves that they simply emulated the Wii U to get the game out early and that is why the game runs at 900p and has frame drops that are common with the Wii U title are not expected in a title that cannot even run full resolution. Granted it’s a great game, and this is still better than what the N64 had to offer with OOT… Both titles had to be dramatically compromised to run decently on the Switch.

Super Mario Odyssey is running at a cap at 900p on the Switch in docked mode, simply because the Switch cannot sustain performance high enough. People are complaining that the first console Pokémon game looks like a mobile game… Because it's running on a mobile chip set.

I think what really bothers me the most is that one out of every 2D game on the Switch is optimized only for 720p with no form of correction or line multiplier to make it work correctly. I certainly don’t blame developers that must choose between getting the game onto the Switch or simply not because it would require too much work. But as a consumer it is very frustrating to spend the same amount of money on a game that would be at 1080p on another platform as again there had to be considerations for handheld mode/performance.
Every 2D fighting game from Arc System Works has its textures built around 720p on Switch, they will display at 1080p and there is line doubling in place to ensure the game fills the screen but it still is chunky due to the fact the Switch version has no anti-lasing due to… optimizations for handheld mode.

While consumers that only care about handheld experiences are getting a “special” edition of the Switch that completely caters to what they want out of a Switch. I must wonder if that trailer had a double meaning in that Nintendo is also considering the come console market again. Which would mean that Nintendo may create a console that completely caters to the docked or home experience of a video game console.

The Docked Only Switch

First, I am going to shut down any talks about changing from a Tegra X1 chip to anything else. The fact is the only way this is going to work without hurting the Switch ECO system is if the chip is 100% compatible with everything and won’t cause any sill hardware related limits on what people can play on the normal Switch.

Second this is going to still be a budget console. Consumers are not going to pay more than the cost of a normal Switch, and even then, if it is going to be docked only I really don’t see consumers wanting to spend more than $200 to get their Switch games on the TV.

So, we are not going to see a new GPU drop or dramatic changes to the CPU cores. That is completely off the table. Ram might be a little bit flexible but it also looks like they only may be able to increase the speed but not the amount without needing to set up new lines of code for memory addresses which again in the past has shut down developers from taking full advantage of a system.

So, what can be done?

Much like Bob and Lucias talking about how Lucias cannot simply keep proforming well when hot... The Switch is completely hindered by its own heat generated. Simply adding a better active cooling system... A lot apperently.

The Nintendo Switch runs on a Underclocked Tegra X1. The chipset even in its base configuration is capable of so much more than what Nintendo is limiting it to, simply because they have always had to consider the handheld market.

Rumors are that the revision to the Switch is that Nintendo has worked with Nvidia on an update to the Tegra X1 that will bypass the security issues but also run on a smaller SOC that is smaller than 20nm… the rumor is that it will be a 10nm process like most of the higher end chips that Nvidia makes these days as they have not 100% perfected 7nm yet.

Sadly, that won’t really mean to much of a performance boost as generally making chips smaller means they use less electricity. While that is a great benefit to keep the power draw lower and keep the Switch as super energy efficient, it won’t directly affect overall performance. But, it can mean that it would be easier to cool the chip set down as the heat is more concentrated and with the smaller space and form factor that a better cooling system can be used to achieve the higher clock speeds without the Switch sounding like a miniature jet engine.
Which if Nintendo was feeling advantageous… They totally could double down on the cooling system and overclock the Tegra X1 and basically do what AMD and Nvidia have been doing with their mid-range graphics card this last two years.

Ontop of that you can remove the battery and screen, whcih are costly and space taking compnets that generally don't add anything to a docked only system.

Planned for this exact situation

One thing all first party titles one the Switch have in common is that they use dynamic resolution to somewhat ensure that the frame rate is always stable. Obviously, Zelda failed in that department but the gameplay was more than good to compensate for subpar performance.

I could list out every major First party release but it is true that this has all been tied down lower the resolution when the frame rate is dropping, which sometimes leads to muddy looking visuals that look like they are from the GameCube. (Credit going to the GameCube.)

Having 90% faster CPU is almost common to a generation leap to PCs, and a 30% increase is more than what the RX480 see jumping to the RX590… Which is the same GPU but with much better cooling allowing it to be overclocked to an extra 20% of performance.

When it comes to GHz this would put the Switch in line with the base PS4 and Xbox one with considerable less steam/shading/CUDA cores. In terms of PS4’s 1152 main array vs the Switch’s 256… But still considerably closer to the Xbox One on GFOPs being 1.03 vs 1.3 at FP16 because everyone wants to show the larger number.

I think there is a market for having dedicated hardware where ever you go. The Switch is built on the same idea from the Turbo Express, Sega Game Gear, and Sega Nomad... in that you could take the home console game experince on the go. Where the Sega Game Gear could run SMS. I think I am ready to take my mobile games home and have a home console experince with them, like the versious versions of the Gameboy Player.