I have a strong affinity for small towns. I was born in Manhattan, about as not small as a town can get, but a few years later we up and moved outside the city. I value my identity as a New Yawker, and am often around the burroughs for work or fun, but I've come to appreciate a slower pace of existence.

It's less the pace and more the quiet, or ability to be familiar with things that I value in a town. I stopped in the bookstore to pick something up and ended up talking about something for an hour; it's three o'clock, cops are probably heading to the gas station to break up some high school fight; the diner looks old, but if you know your way around the menu you'd be surprised how cook those salmon cakes are. I mean, understanding other people is what it's all about, right? Fear of the unknown pushes people apart? I think if you live in a neighborhood or town small enough, get to be a part of its ecosystem, you empathize with your actual environment, and the people in it.

There's a fondness that I have for towns that translates to my gaming tastes, which will probably become apparent soon, should you find yourself so strongarmed as to continue reading this. What is this? Well, I think towns--which, hold on. I say "towns" a lot, and I mostly mean that, but let me clarify.

In a video game, if you want to push my definition, by "town" I mean a slice of the game world, navigatable by the player, where activity is centered. A hub, or an area dense with content. Loot and questing? Maybe, but not necessarily. Pockets of the world where the player is drawn to, and maybe spots that give them a reason to stay. 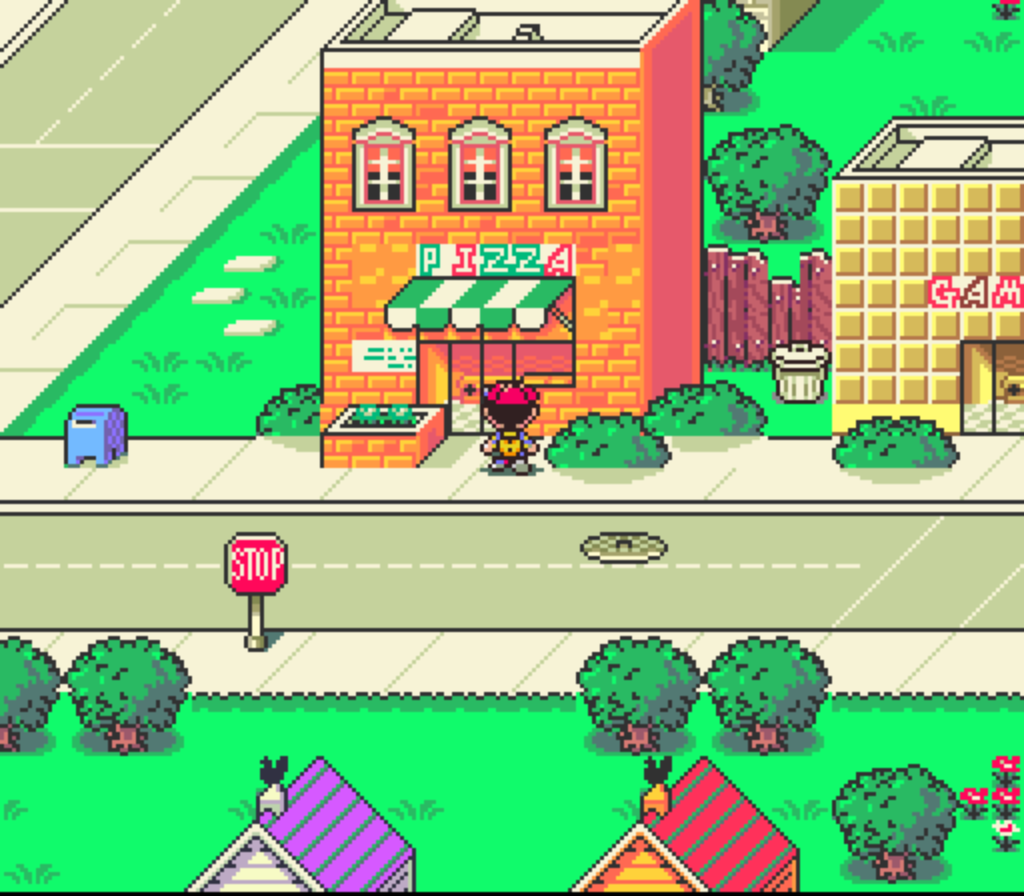 So I have to start with EarthBound, right? After years of trying, just last September I finally started and finished Mother 2, and it almost immediately became one of my favorite games of all time, largely because it's just one nonstop tour across a whole smattering of Americana-by-way-of-Japan towns teeming with not only monsters and crazy blue cultists (video game staples, yes?), but, y'know, people. There's a burger joint. Some hoods hang out at the arcade. "Well, let's see here..." There's a sense of place within each town of EarthBound, whether its the Halloween-vibes of Threed or, obviously my favorite, hometown Onett. Also largely brought to life in my imagination by Super Smash Bros. Melee, Onett is Your Town, USA. It's home! There's a pizzeria, a hangout of my own childhood, and the stretches of the town recall my own home, living on a main street at the heart of a small town's center. It's cosy!

Of the same ilk, Marvel's Spider-Man (I promise that's the only time I'll use the game's official, full title) from Insomniac tapped into my own gushy nostalgia in a different way, also just last year. I mentioned my NYC origins, though for so much of my life New York was just one collage of "well, I have no idea where I am and this all smells like hot dog!" And I always loved it, but it's overwhelming, y'know? Well, take a peek at Midtown from the top of a skyscraper and it all seems pretty crystal-clear, don't it? Spider-Man came to me when I'd started getting jobs regularly in the city, commuting and walking around it every day. The first thing I did upon gaining freedom in Insomniac's world was find the street I worked on. And I sort of did! 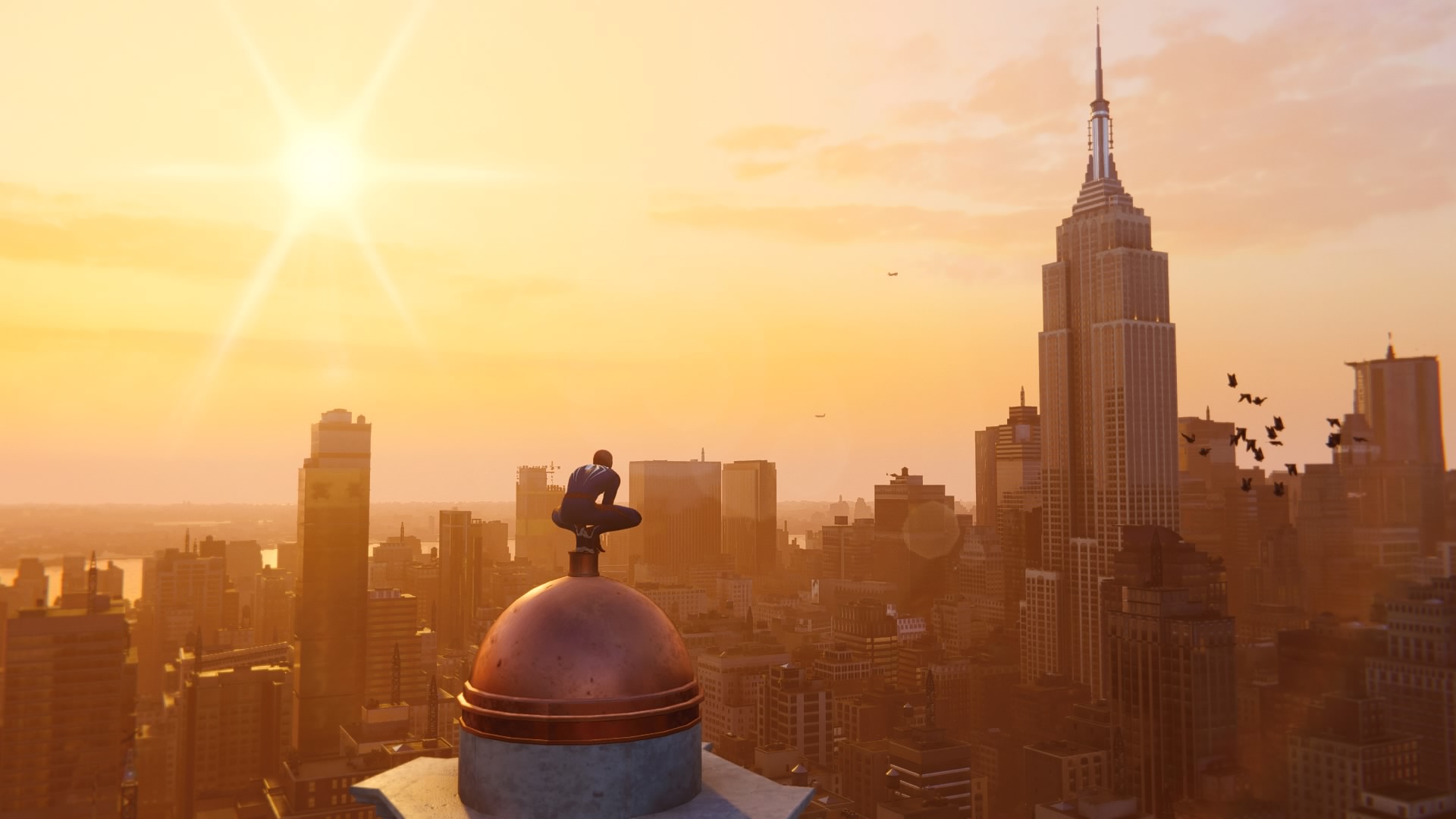 The detail and scope of Spider-Man's Manhattan is impressive, and the game is genius for reasons beyond its architecture (the endlessly-satisfying thwip of web-swinging, for example), but really the devs at Insomniac were able to tap into something that Marvel comics have done for me my entire life: They merge fantasy and reality.

New York is a hot zone of activity in the Marvel universe, and reading these comics as a kid there was something tremendously cool about seeing how Xavier's Academy was just up in Westchester, or Peter Parker worked for Joe's Pizza in Sam Raimi's Spider-Man 2. Insomniac's New York City was inspirational, to be totally honest and a total nerd. I'd play Spider-Man at night and then walk out of the subway the next morning and look up and just think Spider-Man could be flipping around up there! And as childish, self-absorbed and fantastic as that sounds, if we can't learn to dream a little, what's the point?

But oftentimes life isn't about what you don't have, and what you do, right? It's easy for me, some guy in New York, to talk about how I enjoy the simple things in life while there are millions toiling around the world, but I'd like to hope that everyone can take some solace in the mundane or everyday aspects of existence. Not every day is Christmas, after all. Except, every day in Majora's Mask is sort of... the end of the world. But it's fine. Maybe.

Clock Town is a bit of an oddball place to feel comfy in. Besides the terrifying set of circumstances convalescing with Link's time in Termina (read: giant scary moon apocalypse), the folks skulking around are all just a little... strange. I mean, the Gorman Troupe all look like Tim Burton extras, and... what is that little man doing in those green tights? Clock Town is teeming with characters the likes of which the Zelda games have only come close to; the dark fairytale charm of the once-dark horse entry has never been surpassed. Yet for all of its mystery on the surface, Majora's Mask is very much about getting to know these people.

The three-day cycle of Majora's Mask is a prolonged-Groundhog Day in which the player uses their magical and obscure musical instrument to wind time like a yo-yo, putting themselves back in the lives of these hapless oddballs. Getting to know the Postman's route as he tirelessly trudges on in the face of Armageddon, even using his services to help reunite a separated couple over the course of their last days, it's all about relating to the denizens of Clock Town. In life you might know hey, the coffee shop is actually closed from 12-1 on Tuesday's; the owner's got to take his brother's dog for a walk, or it's 2 AM on a Saturday morning, High Schoolers are sitting around the park still at this point. For all of its doom and gloom, Majora's Mask offers players the comfort of control. Unpredictability is the scariest part of life, and it's just a fact of existence. But the little comforts of knowing something for certain are embodied by Nintendo's most-experimental entry in one of their biggest franchises. 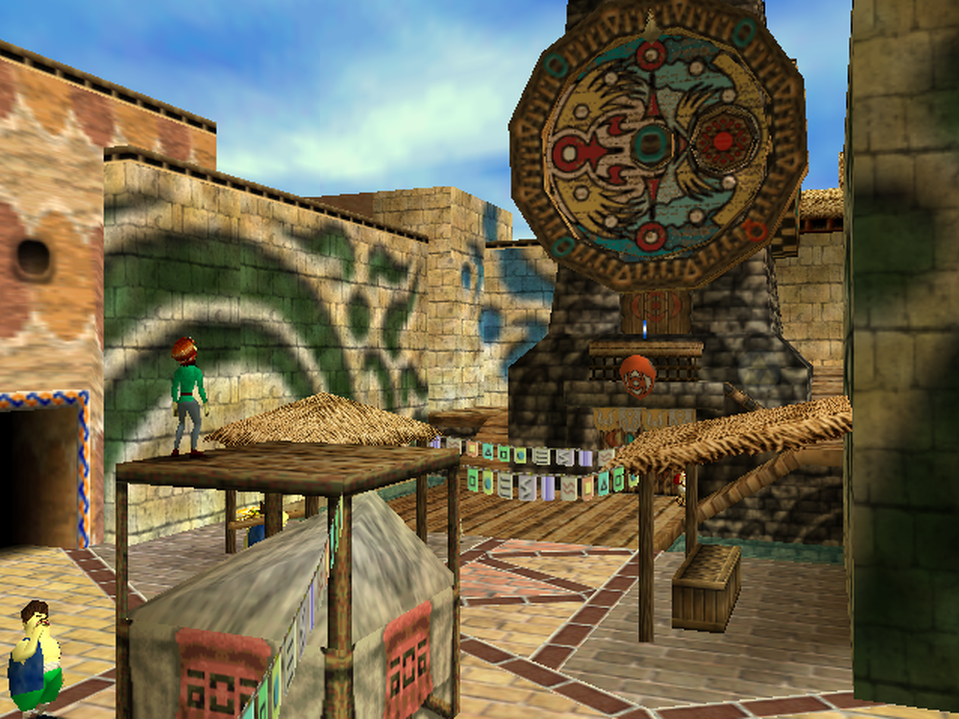 And the Zelda games in general are tremendous bastions of small-town life, even outside of Clock Town's unique spin on things. I still play Breath of the Wild like so many others, often slowly trotting through Hateno under a spell of rain, having Link take shelter alongside some villagers under a canopy. Windfall Island from Wind Waker is another, of course, a quaint little rock of seafaring-roughnecks, and a lazing lighthouse clerk ("Ka-BOOOM!") who seems to just want everyone to be quiet. Nintendo clearl values the concept of togetherness and relatability, their work in Zelda's characters and locations a hallmark in the realm of video game environments. 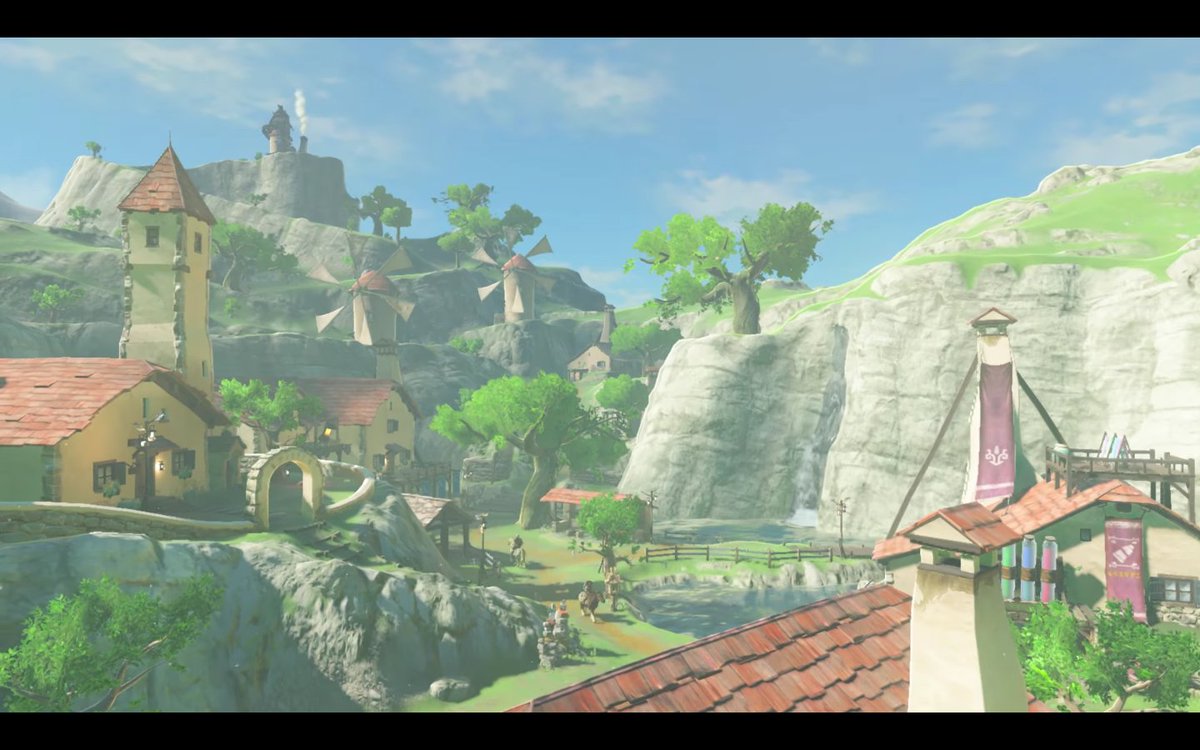 JRPGs would seem to be a prime catalogue for exploring quaint settlements (the hero always starts in some nice little town, right?) and other, more-expansive sectors. I've played very little Final Fantasy; something I hope to correct soon. But from what I have played, games like XV serve as hubs of quest and story activity while still being an endearing location to explore. Lestallum's industrial alleys contrast with the sunny weather in a nice way, leaving your stroll through the market a pleasant little endeavor, if a bit smoke-choked. 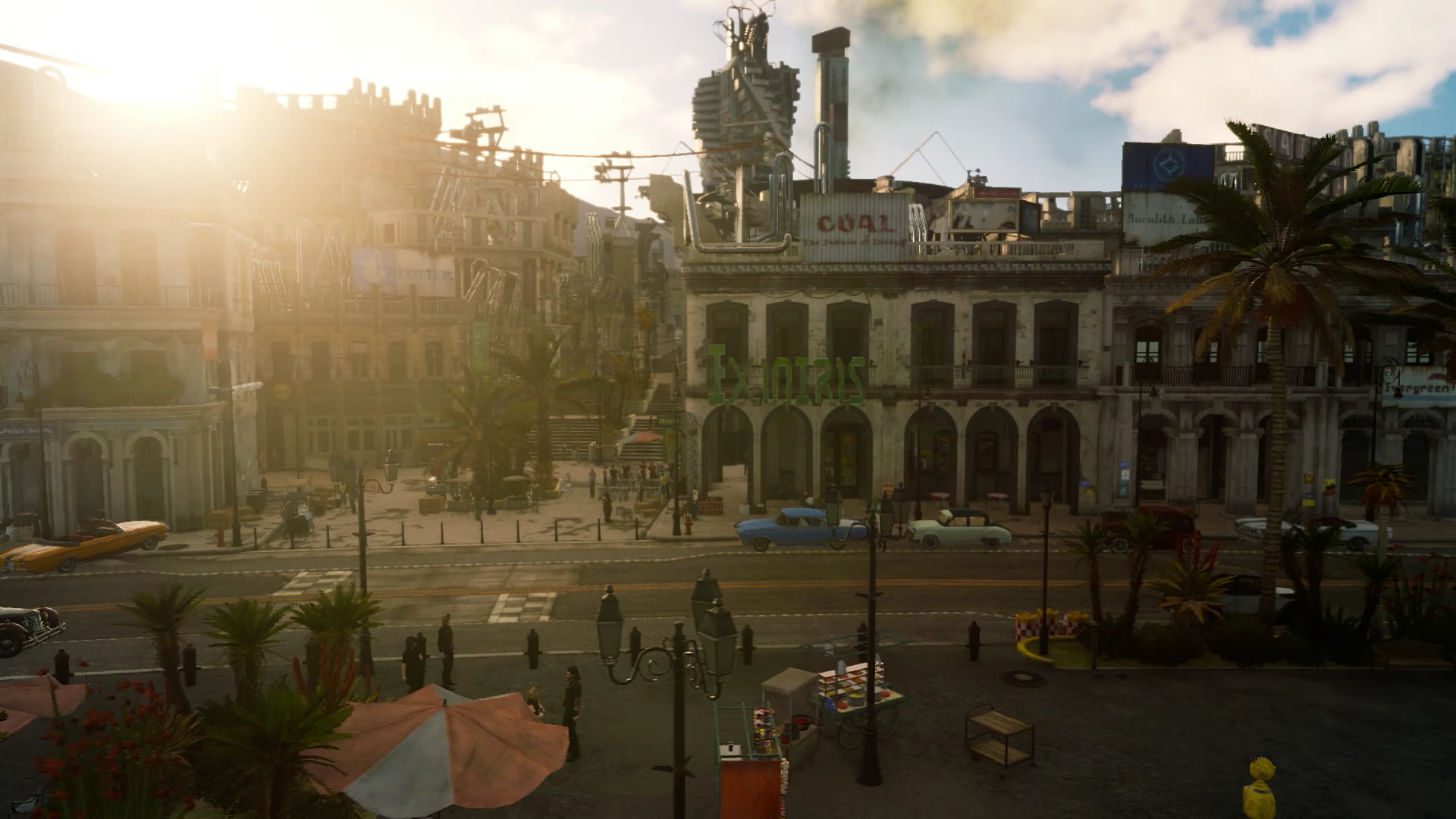 Dragon Quest often feels like a tour of RPG staples. Pilchard Bay as your starting point in Dragon Quest VII is another coastal town for the list, feeling like a blend of Dragon Quest's European-Medieval aesthetic and Japanese fishing villages of the developer's own culture. I'm not a tremendous Kingdom Hearts fan, but Twilight Town forever remains a place I'll remember for its warm color palette and sense of mystery. In my memory (from having played Kingdom Hearts II more than ten years ago) was actually one of a desolate environment, yet I can't help but remember it fondly for the intrigue.

"Desolate" is also sometimes a positive connotation in the realm of gaming settlements. Fallout 3's Megaton, a ramshackle heap of scrap welded together around a dud-nuke, is about as unwelcoming a palce as you can think of. Yet the more you explore its rusting walkways, stop in Moriarty's for a drink of... Actually, don't drink that. Even in The Witcher 3 where the player is essentially moving through a battlefield, there are inns to rest in (and be cursed at for your mutant heritage) and markets to browse, Novigrad not the least of them. The sprawling cobblestone of the free city is so vast that the urban center is classified as a region of its own on Wild Hunt's world-map. Novigrad fully realizes the sort of high-fantasy that games for years had depicted, yet only with The Witcher's technical weight could CD Projekt make that vision a reality. 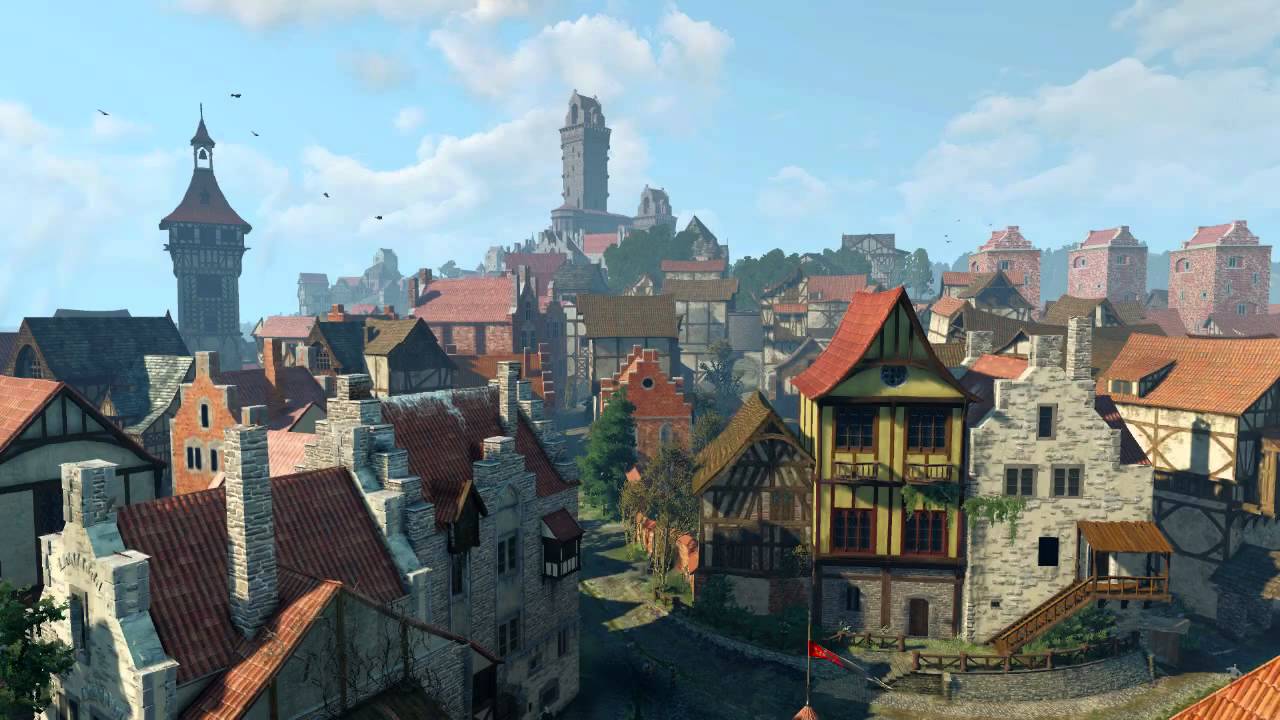 There are truly too many towns and villages in gaming to contain my single, rambling episode here. What about Inaba, from Persona 4, and its legendary beef bowl? Or Empire City in inFamous, or Pacific City in Crackdown? Those are locales bigger than a simple "small town," yet for their technical achievements they're made to feel detailed and and lived-in like the best of them. And living in is really what it's all about for me, ultimately. 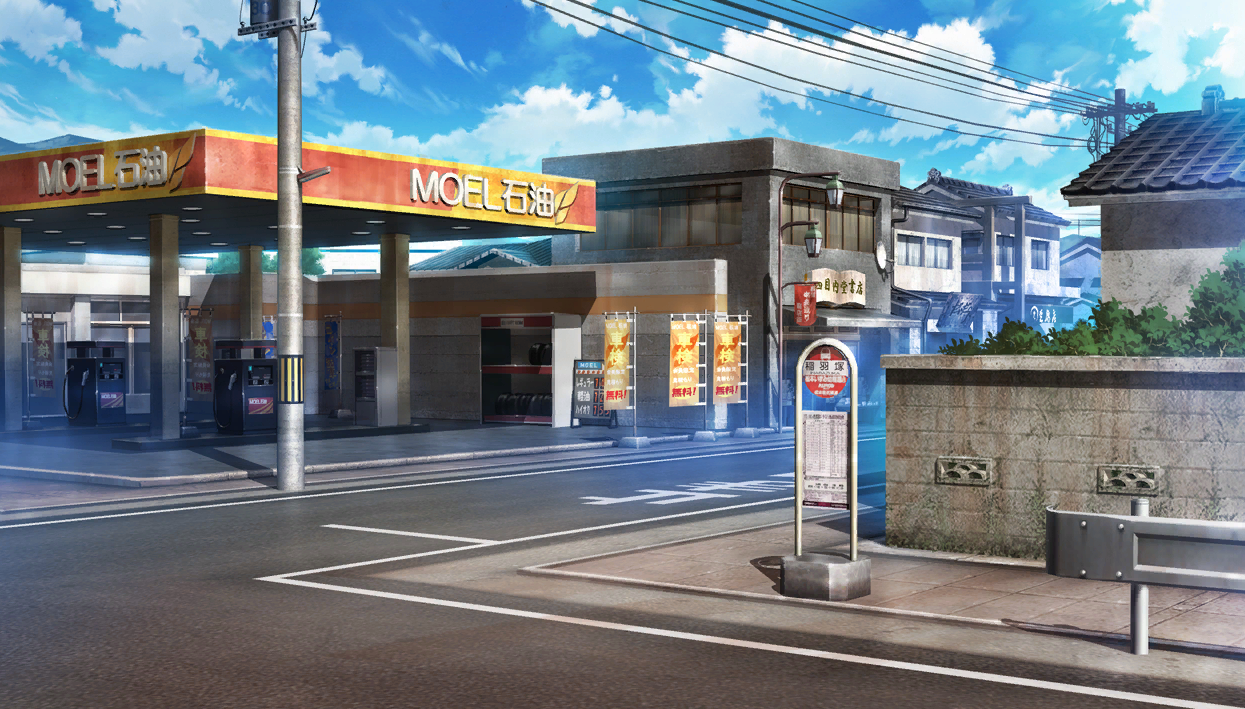 Entertainment is escapism. While I can and frequently do find myself amused or entertained by the everyday, I open a book or sit down for a film to be swept away into a reality other than my own. Video games perhaps allow that in the truest sense of that; control or live in an avatar in a purely-fantastic environment, one made from the imaginations of dozens of creators. For me, the testament of a game to be loved is an environment in which I can wander. You don't need to occupy me with leveling up, or questing; I'll take a good story and some action of course, but just give me space to breath. When I can do just that in a game for ten minutes, half an hour... 100 hours (looking at you, Breath of the Wild), you'll find me a happy old man, rocking on my porch, Switch in hand.