I used to be a something of a fan of Dead rising back in the day. While I never quite got into the first game, the second was something special. Starting from the amazing Case Zero, I was hooked. Even the spin off game Off the Record was my jam. With the launch of the Xbox One came Dead Rising 3. It was a fun game at times, but it just didn't live up to it's predecessors. Thus, when Dead Rising 4 came along accompanied by a mediocre reception, it went on my "buy on deep discount" list. A couple years have gone by and Dead Rising 4 has never hit my sale price, but it has hit Game Pass. Instead of knocking out one of games on my miles long backlog list, I decided now was the time to play Dead Rising 4 and put a nice bow on the Dead Rising franchise.

Right off the bat, the biggest difference from 3 to 4 is the tone. Dead Rising 4 is irreverent, it relies on puns and dad jokes to an extent never before seen in the AAA gaming world. Compared to the third game's fairly dire nature, it's a breath of fresh air. Frank West is back as well, but he's not quite who he used to be. Set 15 years after his first foray into zombie journalism, Frank is now an old man. As the man says himself, he's too middle aged for this shit. Many of Frank's interactions with the broader world hinge on his seasoned and cynical nature. Nothing phases the hero of Willamette anymore, and that personality trait lies at the heart of the games story. Frank is a professor, long past his glory days, when one of his young students lure him back into the fray with a juicy lead. They stumble into trouble that leaves Frank on the run from the authorities when a second outbreak occurs in Willamette, Colorado. Frank and his student both come to town for different reasons. Frank is trying to clear his name and publish another story that will make him famous, whereas his student Vick just wants to expose the tragedy and get the survivors in town the help they need. The setup allows Frank to wander around town and chase leads, meeting a handful of survivors to quip off of and joke with. The cheesy one-liners flow fast and heavy, and happily most of them hit the mark.

When you get out of the prologue and start on the game proper, everything opens up for you to explore. There are a couple of areas that are cut off until you hit a later point in the story, but otherwise the world is your oyster. Dead Rising 3 already all but dropped the timer aspect the franchise was known for, and 4 continues the trend with no timer aspects to speak of. I'd like to say this was disappointing, because I loved the timing based structure the original two games, but it really works here. It compliments the large open world and allows one to explore at their own pace. There are collectibles everywhere, from blueprints for new weapons to photograph-able graffiti and newspapers. There's always something to find, and with every find you gain a bit more experience to level up Frank. It's hard for someone like me to resist the urge to collect everything I can as soon as I can. I was level 36 and had picked up like half of all the various collectibles before I even started on the first story mission. It felt very relaxing to just run around the world, collecting things and checking off boxes.

The combo weapon system is once again in full effect, and you can even combine weapons laying on the floor with weapons in your inventory on the fly. A lot of favorites return from 3, but a couple of the new standouts are the ice sword (which freezes and shatters zombies in a wave) and the nut blaster (a nutcracker mask with a mini gun in the mouth that's plays nutcracker music when fired.) New super zombies come into the world about halfway through the story, and they're a pain in the ass to fight. They jump around mid combo and block your attacks seemingly at random. You also have to attend with random human enemies, but they're almost as mild a threat as the run of the mill zombies. As you explore the world, you'll occasionally run into procedurally generated side missions to save survivors or destroy equipment. There are also maniac side missions that you get over the radio from time to time. These serve as replacements for the Psychopath fights from the previous games. While they don't quite have the same pomp and circumstance that the old psychos did, these encounters still provide a nice break from the zombie slaughtering action. 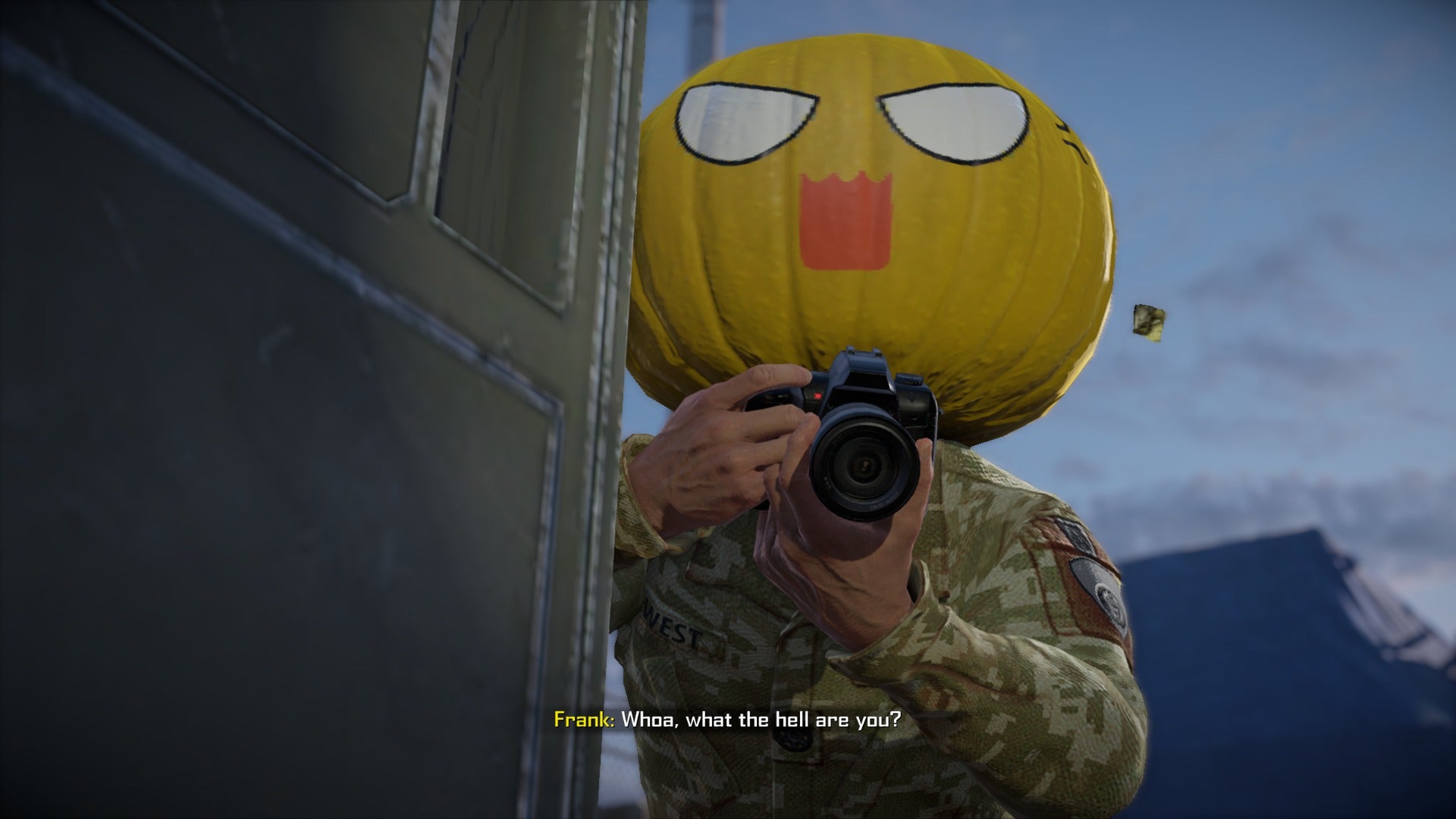 Dead Rising 4 is a mindless romp of a game, one that let's you just run around and kill zombies without having to think to hard about what you're doing. The light tone of the story and characters combined with the Christmas themed music and visuals add to this air of breeziness. The world is designed in such a way that it's always fun and rewarding to explore. With every new combo item comes the small thrill of seeing what it can do. Each new key you find will almost always fits the closest lock. Riding around town running over zombies on your way to the next mission or collectible is a fine way to pass the time. Nothing about Dead Rising 4 breaks the mold, but that's okay. It's a fun game, and sometimes that's all you really need.

P.S. The Capcom Heroes DLC that they gave for free after release is repetitive trash. The costumes are cool but it get's old fast.