BoB: The Master Chief that 343 Forgot

This month's Band of Bloggers prompt is brought to you by yours truly. It is my final prompt as a member of the BoB team. The theme is all about heroes. Talk about a hero in a video game. What makes them a hero? I would like to take this opportunity to discuss one of my favorite heroes in gaming: Master Chief.

The Master Chief (given name “John”) is the primary protagonist of the mainline games in the Halo series. He is a Spartan. A cybernetically enhanced super soldier that wears incredibly powerful armor. He is the greatest soldier in human history. He is skilled in both combat and in leadership. But who is he as a person? 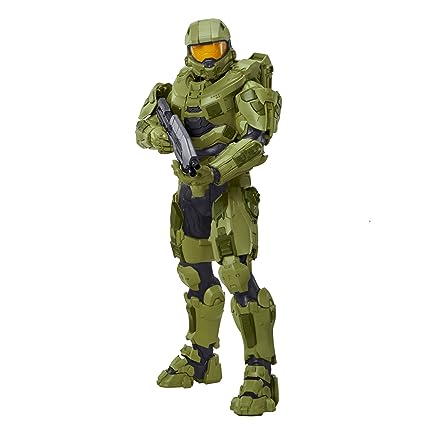 The Master Chief is a hero. He is a tentpole. A rock. A signpost. He is the man that others look to for strength.

As humans, we crave drama. We yearn for conflict in our stories. Resolution of conflict invites catharsis. Within our own minds and hearts, we have conflict. We have doubt. We have regret. We look for these same elements in characters in our stories.

Master Chief, however, is not one of these characters. He lacks internal conflict. And that’s a good thing.

To illustrate this, we must visit an important scene in Halo 2. The Master Chief has fallen deep underwater. He has been taken captive by an alien creature known as the Gravemind. The game’s other playable character, the Arbiter, ends up in the same place at the same time. The Gravemind is immensely powerful. It seems to have some psychic abilities. It can more or less read the minds of people it comes in contact with. It carefully analyzes Master Chief and the Arbiter. It succinctly describes who they are as people. Gesturing to Master Chief it says, “this one is Machine and Nerve and has its mind concluded.” It turns to the Arbiter and says, “this one is but flesh and faith and is the more deluded.”

The Gravemind has its own agenda. It has its own purposes in this meeting that are not immediately obvious to our heroes. However, it is not incorrect here. It is not lying. It is stating what it deems to be fact.

The Master Chief has his mind concluded. 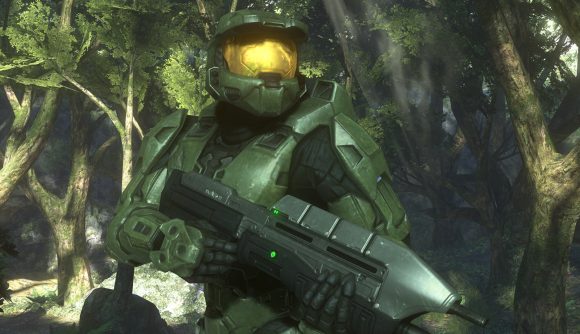 Every culture has a story of a savior, from Gilgamesh to Superman. Halo weaves biblical imagery into the very fabric of its story such as The Covenant, the Ark, The Flood. Therefore, an apt comparison is Jesus Christ in the Holy Bible.

In the Bible, Jesus is a perfect man. He doesn’t have a character arc. He does go on a journey, but he does not learn and grow. He teaches, nurtures, and guides. He faces temptation. The world around him (and the devil himself) try to convince him that he is not the savior or the son of God. He resists these temptations and inspires those around him to better themselves. He even sacrifices himself to achieve this goal. He gives up his life for the benefit of mankind.

Master Chief is thematically similar. While he has not yet died in the games (and perhaps never will), he has sacrificed his life. John is smart. He is not ignorant of his own history. He is fully aware that he was kidnapped as a child. He underwent abominable experiments. He watched some of his peers be killed and/or mutilated by the same experiments. He has led other peers to their deaths on multiple occasions. 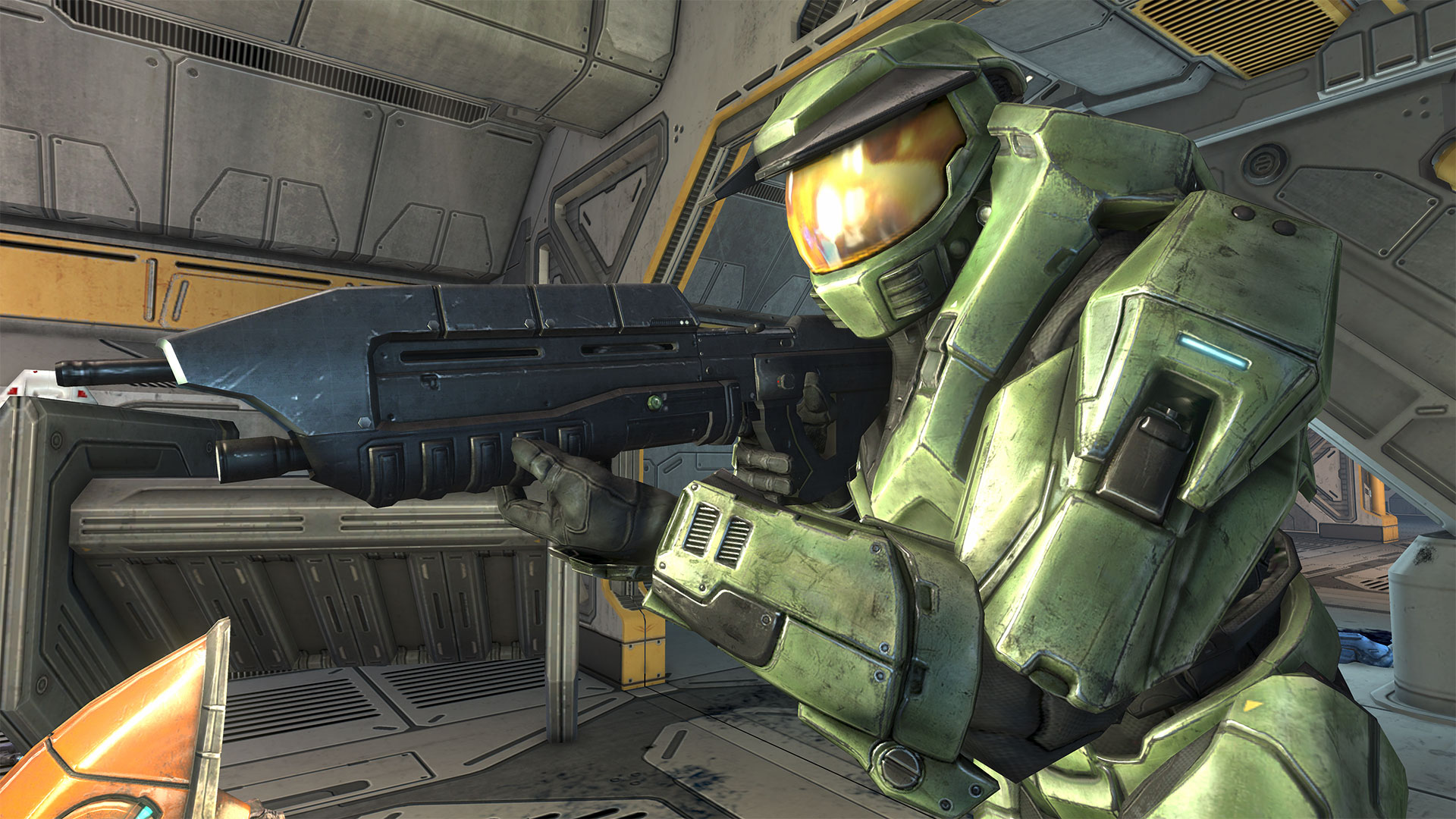 Let’s talk about character arcs. If you want a more detailed version of what I’m going to discuss, watch the following video:

Some characters have flat arcs in their story. They do not grow and change. In many stories, this will be a mentor character. Look at Obi-Wan Kenobi in Star Wars IV: A New Hope. He knows who he is. He teaches and guides Luke. He dies to save others. But he was prepared for that from the opening text crawl. He was always ready.

Some stories give the central protagonist a flat arc. I recently watched a fantastic film called Gattaca. In this film, the main character is determined from the start of the movie that he will define his life and live his true potential, no matter what the rest of the world says. He doesn’t need to learn to believe in himself or anything like that. He doesn’t need to change. The world does.

As in all things, we should look at Shrek. Shrek believes that he is a real person with value. The world around him believes he is a worthless monster. His job is to show the world that people are much more complex than that. They have layers. Furthermore, he helps Fiona overcome a lie. She believes that true beauty is on the outside. He helps her see that true beauty comes from within. 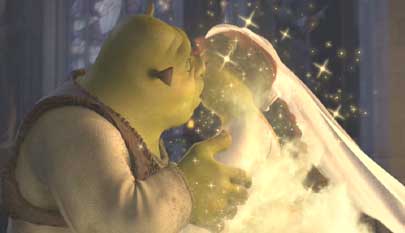 The Master Chief is a character with a flat arc. His role is to help others overcome the lies that they believe.

The Arbiter believes many lies. The prophets are virtuous. The Halo rings will grant exaltation. The Master Chief is a Demon. He comes face to face with the Chief, his greatest enemy. This encounter sets him on a path to enlightenment. He sees the truth. The lies fade away. He ultimately allies himself with the Chief. 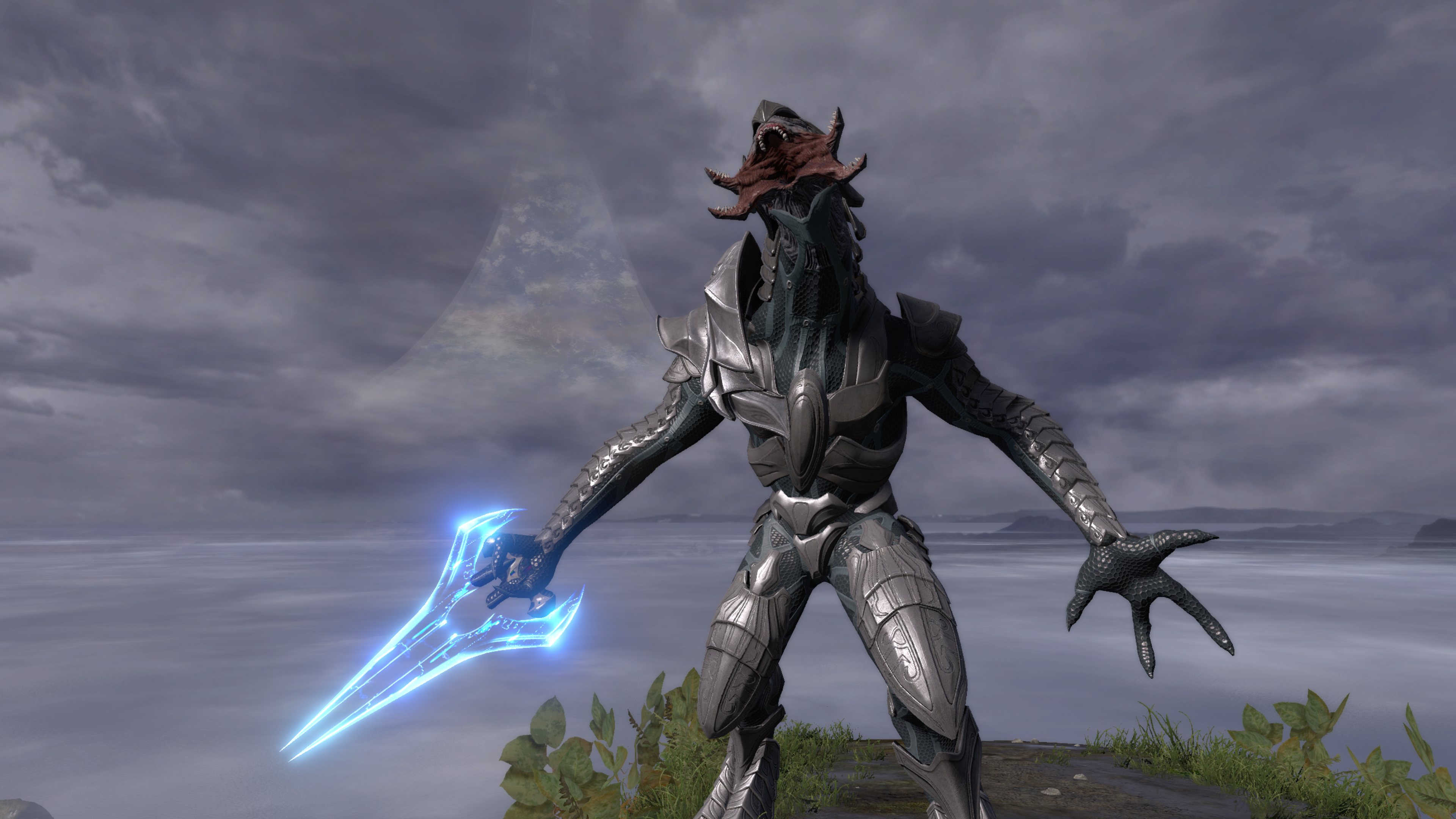 In general, many humans believe that humanity is doomed and without hope. The Chief inspires them to look inward and realize that hope springs eternal. They can continue on. Humanity can survive. We can overcome the tremendous obstacles we face.

In Halo 4 and 5, Master Chief is not portrayed in this manner. He is shown to be full of inner conflict. He is almost like a child. Filled with fear and denial. In particular, he is afraid that Cortana is going to die. He can’t stand to lose her. I could elaborate about why this is so silly, but I think the silliness is beside the point. The problem is that 343 has forgotten the Chief’s primary characteristic: he has his mind concluded. He is not full of fear. He isn’t denying the reality he is faced with. He is not a child, nor a fool. He does not believe in lies. Why is this important? Why do we need heroes with flat character arcs? I think the answer lies in donuts:

In the video above, Alton Brown discusses donuts. He shares that many places have donut shops that don’t put out incredible products. Their donuts are fine, but not great. Most importantly, the donuts are consistent. They haven’t changed. Ever. They are the same donuts the restaurant produced 10, 20, 40 years ago. And people flock to them. They need these donuts. Why? "When everything else changes, we need some stuff that doesn't." We need characters in our stories that don’t change. They are touchpoints that help us to center ourselves. We need Master Chief to be one of these characters.

So far 343 has failed to understand this. And yet, hope springs eternal. It's possible that they've learned their lesson. They might have finally grasped the fundamental nature of the Master Chief. This past E3, a new trailer for Halo Infinite was released called Discover Hope. If I understand correctly, it is intended to be the opening cinematic for the game. It’s really quite excellent. Watch it if you haven’t:

The best part of this trailer is in a moment of conversation between the unnamed Marine and Master Chief. The Marine exasperates, “We need to run!” Without any hesitation or question, the Chief answers:

What do you think of Master Chief? Who is he to you? Let me know your thoughts. And of course, please write your own blog about your favorite video game hero this month!