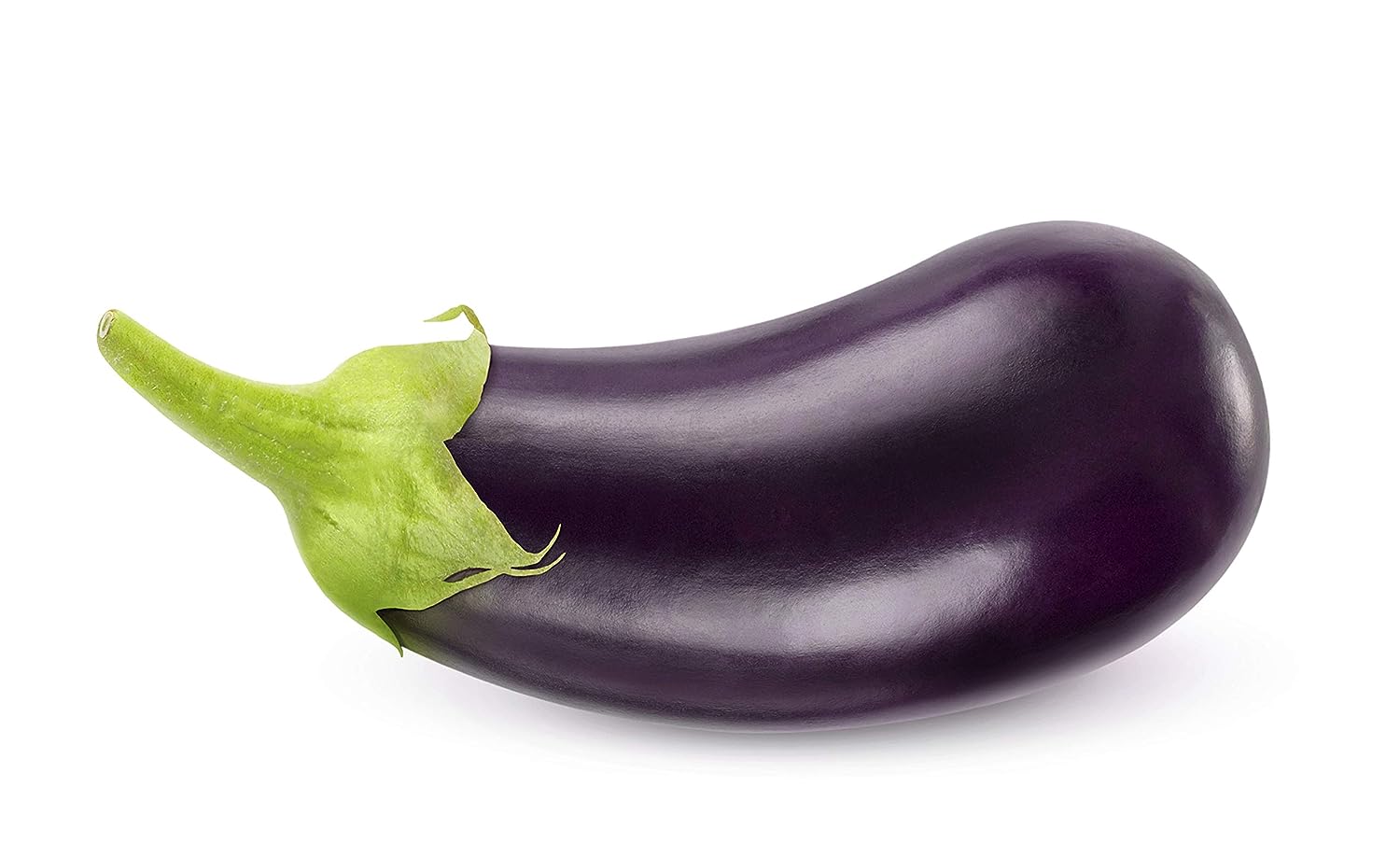 Welcome chapter two of my third CYOA style blog. You can read chapter one here. Like the previous ones I'll leave a few ways the story could continue at the end of the chapter and you the reader can vote in the comments which of the choices you like the most. New chapters will come out Sundays. There will be six chapters total. Thank for you to those who contributed to chapter one by providing prompts. I hope you enjoy chapter one.

I put the pedal to the metal and pushed the old rust bucket to its limits straight at the large eggplant beastie. The old truck roared down the street at top speed - which admittedly was only like 45 mph for the old girl - as the beast let out a guttural roar at me. The truck and I were nearing our target when the beast launched a terrible vine arm toward me missing me only due to my quick maneuvers.

A portion of the road in front of me raised up, creating a sort of ramp. I steered the truck onto it and launched the metal deathtrap straight into the beast’s gaping maw. Crashing into it’s gob through me from the vehicle and into the belly of the beast.

The inside of the beast smelled…well like eggplant. Not terrible, but not exactly pleasant either. I rose to my feet and took a look at my surroundings. Above me I could see the truck lodged in the creatures throat, sunlight pouring into its innards through the windshields. The beast’s stomach was hard and springy. Which, you know, it was an eggplant so that wasn’t surprising. I tried to punch my way out, but found my efforts to be fruitless.

My mind raced trying to figure out a way out of this vile monster. Racking my brain I came up with an idea that just might work.

I unbuttoned my leather jacket to expose my nipples. With one teat in either hand I started to squeeze. It took a moment, but soon the milk started to flow. I hated doing this, as not only did it feel uncomfortable and was quite embarrassing, but it was also a waste of perfectly good milk.

After pumping my milk taps for a solid minute I realized my efforts would be for naught. Clearly the beast was not lactose intolerant. Just my luck. I felt deflated. If only I’d just parked the car nicely. Or worn a seatbelt. Perhaps I wouldn’t die inside of a mutant fruit.

The stress of my demise upset my stomach and I felt a gas bubble start to slip up my throat. Trying to be polite, I covered my mouth and let out the burp. Soon after I heard the beast wail from outside my botanical prison. It was then that inspiration struck me. My cow powers must have given me ozone destroying burps. And if it can destroy our precious ozone, then perhaps it could destroy this freak of dark science.

And so I belched as hard as I could. I burped until I could barely breathe myself. The whole world around me started to turn dark. I feared I would succumb to my own excretions before the monster.

And then it happened.

My bodily gases overwhelmed the beast and it vomited me and the truck out of it’s body. I was free! I was covered in eggplant vomit, but I was free!

Quickly I returned to my feet to finish of the creature, but when I turned around I was surprised to see it reduced to mush. Apparently my burps were far more dangerous than I had predicted. I would have to keep that in mind.

“No, Yolanda!” I heard a familiar voice shriek from behind me. I looked over my shoulder to see a distraught Professor Eggplant. She held her face in her purple gloves, her expression a mixture of horror and bewilderment. I even think I saw a single tear roll down her cheek.

“You…you big brute! You killed my sweet Yolanda!” Professor Eggplant cried. Her face turned bright red and she screamed, “You will pay for that!”

Professor Eggplant charged straight toward me. She threw a punch I dodged quite easily. That was followed by several more attacks that never met their mark. In all the years that Eggplant and I had done battle with each other she’d never really been a fighter. She was always more of a mad scientist that sent bizarre, eggplant based monsters my way. They were usually pretty small. This “Yolanda” had been leagues larger than her previous creatures. Which I had begun to question during the rather simple bout with Professor Eggplant.

Eventually Professor Eggplant wore herself down. She fell on her butt exhausted, panting and wheezing. I gave her some time to catch her breath before asking if she was okay. A sly smile crept across her face and she let out a horrifying cackle.

“Am I okay?” Professor Eggplant questioned me, eyebrow cocked. She continued, “Oh I assure you I am just fine. You on the other hand, are screwed. I may have lost Yolanda, but we were prepared for that.”

“Okay,” I replied to Professor Eggplant, “I’m glad you’re okay, but I think you need to face the facts here and realize that you said ‘we were prepared for this’? What do you mean ‘we’?”

The answer to that question came from Professor Eggplant simply taking her gaze off of me and changing it to behind me. Before I could turn to face whatever she was looking at I felt the sharp sting of metal graze my forearm. Instinctively I rolled forward to dodge any potential second strike. After rolling I quickly stood up and turned to face this new threat. I expected some new kind of eggplant monstrosity to be awaiting me. Maybe one holding throwing stars. Not like she hadn’t had one of those before. Instead, I saw something else. Something familiar, yet surprising.

The insult came from none other than the Green Stapler, one of my oldest foes. I was surprised to see him and his skintight green leotard. The last time we’d come to blows I’d gotten him sent to prison for twenty years. That was two years ago.

The Green Stapler shot me a smug look, his eyes glowing behind his safety googles. He twirled his custom built Staple Guns like an old west gunslinger. Even put one up to his mouth and pretended to blow the smoke away. He always was a cocky little shit.

With a guffaw at my expense the Green Stapler extended a hand toward his apparent partner in crime, Professor Eggplant. After helping her to her feet the two shared a smug look of confidence and then turned to face me. Green Stapler pointed his guns at me, finger itching at the trigger. Eggplant reached into her breast pocket and procured three little seeds. She dropped them to the ground and dowsed them with a spray bottle she had procured from a side pocket on her lab coat. Three small, but I knew from past experience very violent, eggplant beasties appeared.

The two villains stared me down, their grins from ear to ear. They both cried out in unison, “It’s over, Cow Man! Today is your expiration date!”

I knew I had to make a quick decision or I was a goner. My mind raced as to how to get out of this alive.

Now its time to decide how the story will continue. Choose one of the options below and leave your choice in a comment below. The fate of Cow Man is in your hands.

A) Cow Man stampedes towards the duo, hoping to catch them off guard.

B) Cow Man reaches for his utility belt. Perhaps one of his gadgets will come in handy?

C) Cow Man runs away. Just gets up, turns around, and runs away.

D) Cow Man calls a time out. He has a lot of questions and wants some answers!

Thanks to LaTerry for suggesting the prompt for our newest villain, the Green Stapler. If you would like to play along for chapter three, then you can leave a suggestion in the comments below. This time I need just one thing. An article of clothing.

I hope you enjoyed chapter two. Thanks for reading and I hope you will check out chapter 3!