Mechanically, Where Does Kingdom Hearts Go Next?

Over the past two decades, Kingdom Hearts has seen 3 core games, a multitude of spinoff titles, a boatload of remasters, cutscene movies, a mobile game, some of the best music in the medium, and an unfathomable reliance on zippers thanks to Tetsuya Nomura’s guiding hand.

And Kingdom Hearts 3 just wrapped that all up. It was the conclusion to 20 years of games, now referred to as the Xehanort Saga. The series is at a turning point for the first time ever and it’s time to consider what’s next. This blog will ignore the 20-year story, Kingdom Hearts 3’s narrative ending(s), and whatever the reMIND DLC will end up being. I want to focus on the gameplay, and questions that I think are worth considering as we approach the next big game in the series. 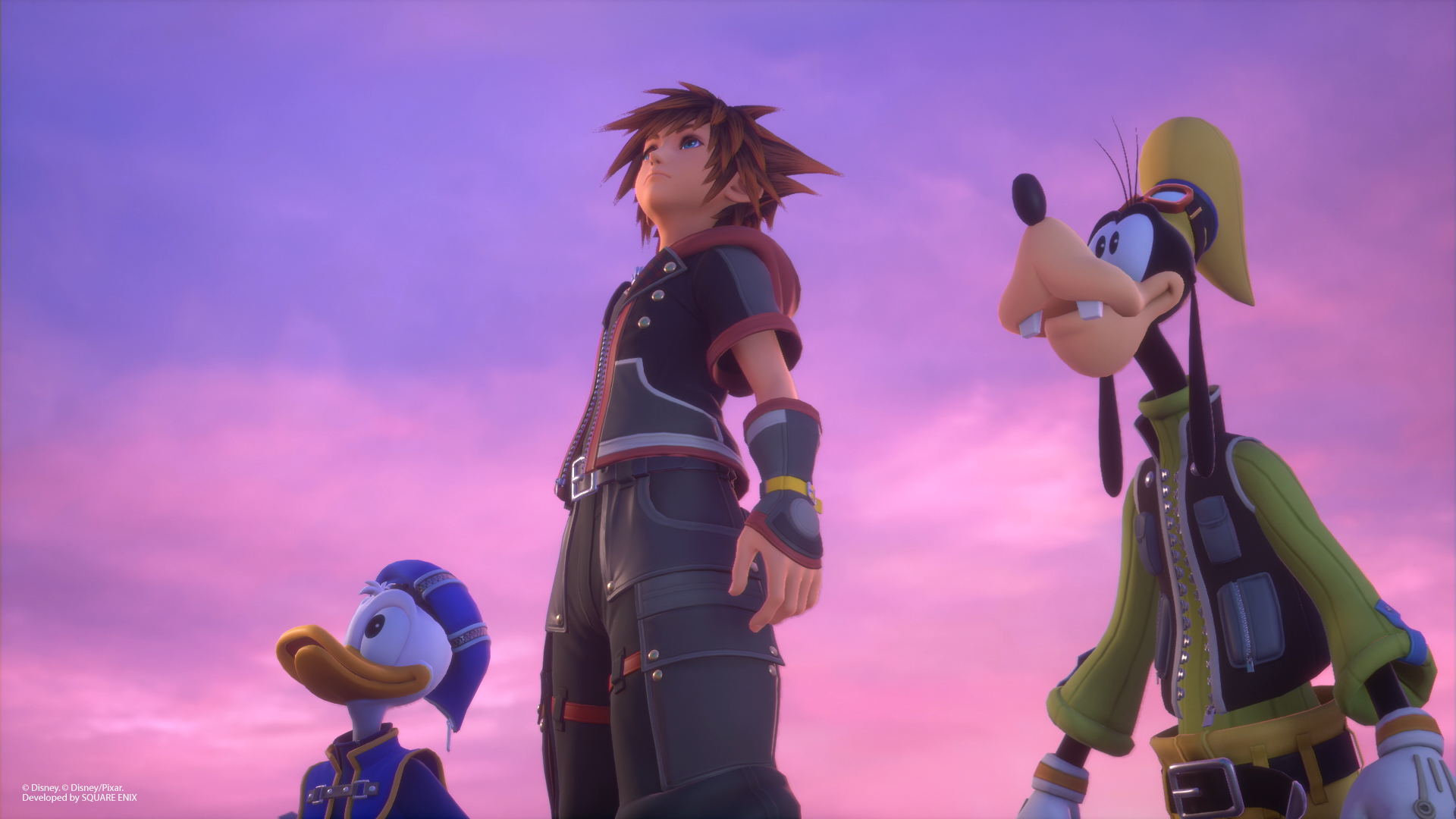 Could you apply a Nintendo framework to the combat?

Kingdom Hearts is a beast when it comes to combat variety. Most of the games in the series give you access to a multitude of different systems, each of which has a series of attacks that are either extremely straightforward to use (magic) or surprisingly difficult to understand (drive forms). At the same time, you get so many attacks that are explained once briefly (if at all) and are completely dependent on you remembering they exist.

I think Kingdom Hearts would benefit from a feature creep that allows you to practice each mechanic as it is introduced. You could start the game with physical attacks and magic, and then gain one major new ability at the start of each world: Flowmotion, shotlocks, attractions, limits, drive forms, and the billions of other mechanics the series has introduced. Each world would then focus on whatever ability you just learned and reward you for using it. For example, a world focusing on flying enemies could encourage the shotlock ability so that you can attack heartless far above you.

At the least, Kingdom Hearts needs a better way of encouraging you to experiment with all the tools in your arsenal, and explaining the mechanics it leaves unexplained (cough KH2 Anti Form cough). 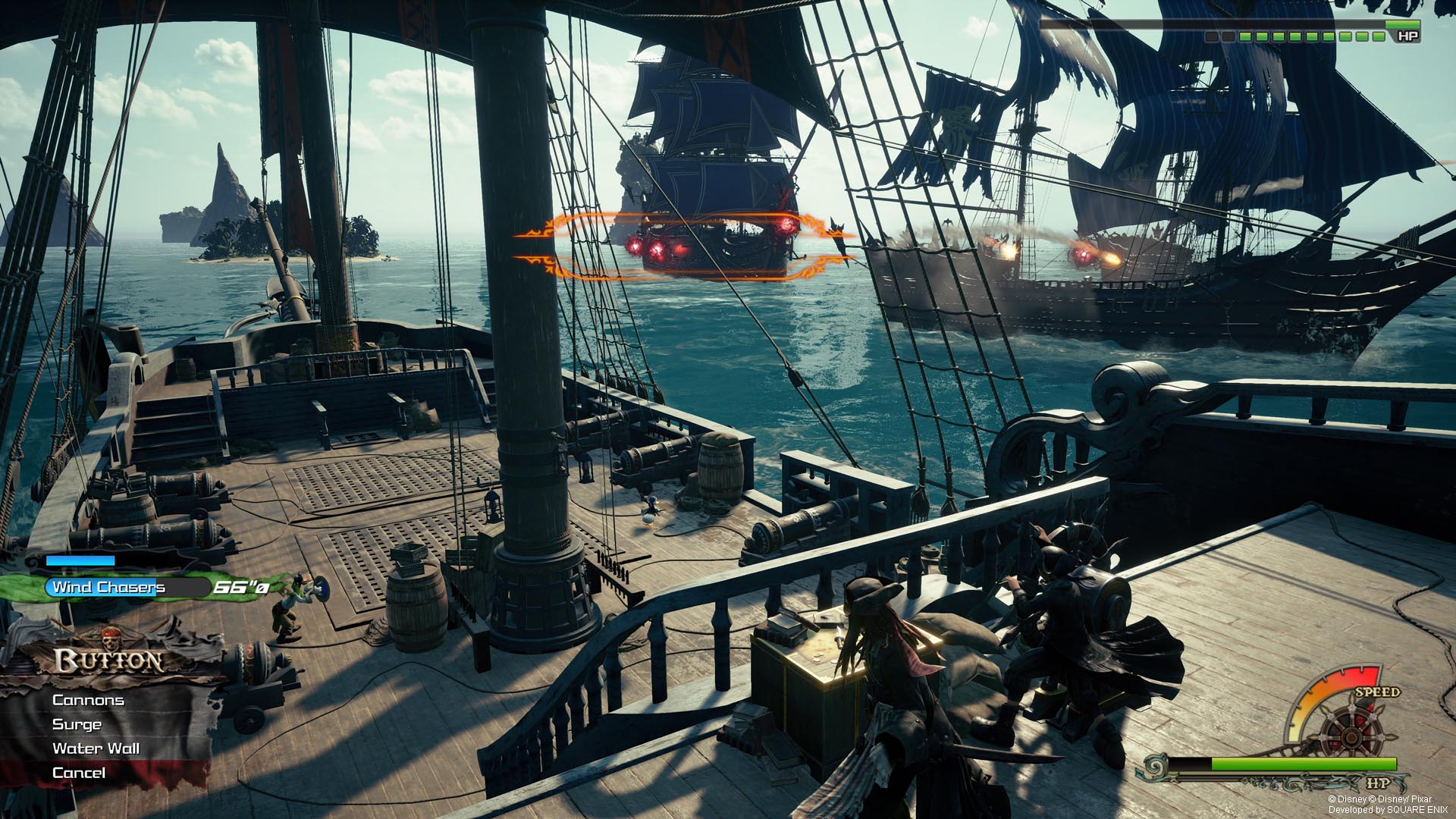 I hope Kingdom Hearts keeps its minigames, but man have they missed the boat on some of those.

KH2 had a Minnie Mouse escort mission that was way more difficult that it had to be. KH3 had a Winnie the Pooh version of Puzzle Bobble that let you create nonstop combos without limits. KH3D had a pinball minigame with floaty pinballs, which completely destroys the point of pinball. BBS had Monopoly that locked goodies from you until you beat the CPUs. And the worst offender for me personally, the two and a half hours of minigames in KH2’s intro.

Not to say that all of them are bad! I love the downhill sledding in KH3’s Frozen world, the 3D shooting sections in Re:coded, and the Big Hero 6 obstacle course in KH3. And regardless of their quality, I think the minigames help to pace the games so that you aren’t exclusively running from combat room to combat room. They also pair well with the whimsy of many of the Disney worlds you visit, and in many cases feel like a natural extension of the world you’re in. 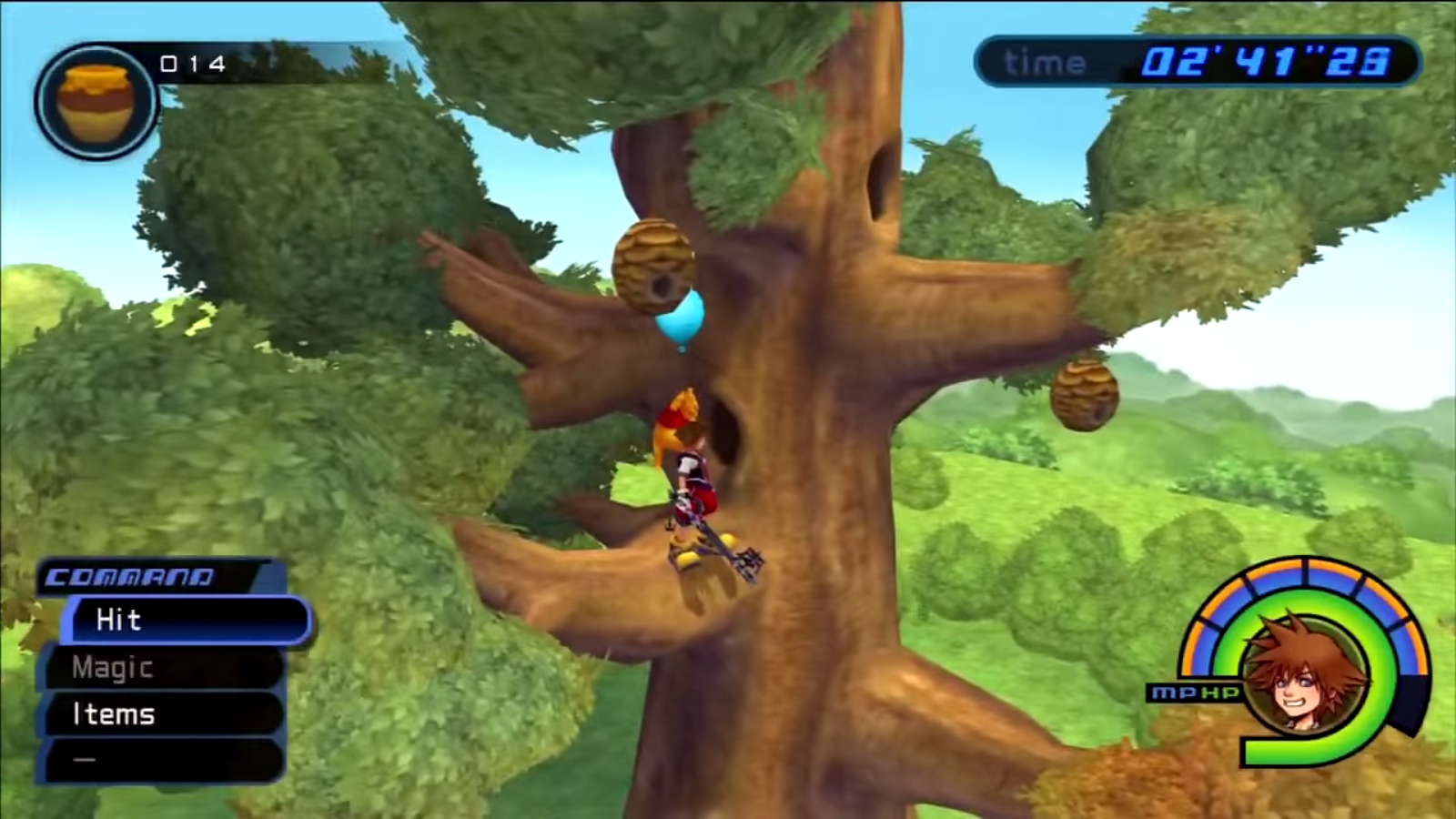 Yes! This is personal preference but I love when games give you things to do with character movement. This franchise has evolved into an acrobatic spectacle that actively encourages Sora to stay airborne, and more emphasis on platforming would complement that. To accomplish this, Sora would need a little more weight and some forward momentum after a jump. If they could make the movement as satisfying as those high-flying keyblade combos, I’d buy 358/2 copies. 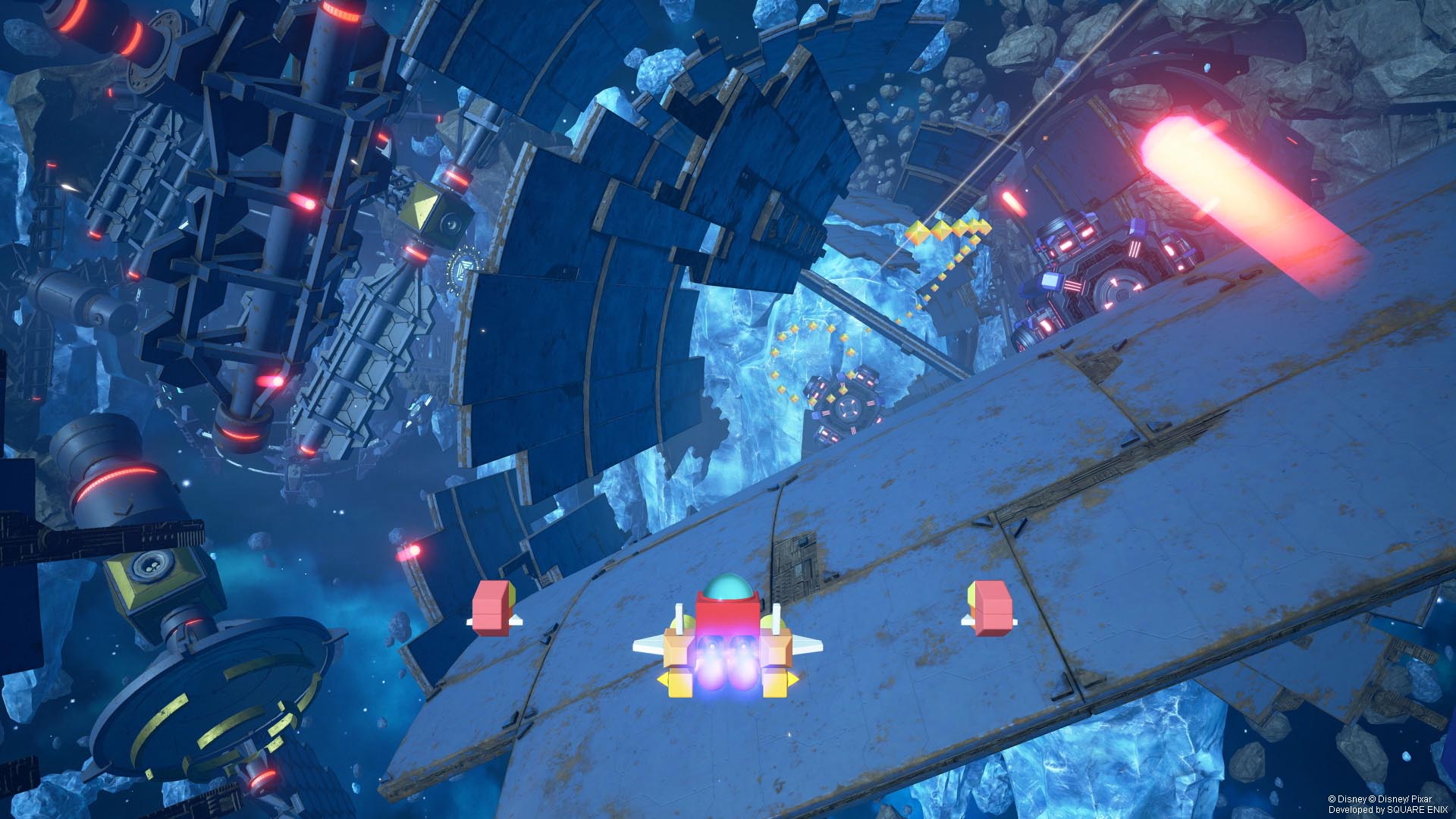 Is the gummi ship worth the attention it has received?

Picture a cupcake with so much icing that you can’t even bite into it without getting icing all over your face. That’s the gummi ship.

To me, the gummi ship is the textbook example of the misplaced ambition in Kingdom Hearts. It’s an inoffensive Star Fox clone at its core, but the amount of depth surrounding it is unbelievable. The incredibly robust ship creation tool provides a blank slate to design the ultimate Lego spaceship. You can spend hours stat crunching for the perfect ship, just as you can spend hours designing the closest approximation of Charizard possible. The actual combat comes down to a score attack for the most part, but KH3 provided multiple galaxies to explore with a surprising density of treasures, battles, and even Final Fantasy constellations to photograph, to the point where the gummi ship turned into a miniature Wind Waker.

Tradition has cemented the gummi ship sections as a tentpole of Kingdom Hearts minigames, and I think we will see more of it in the future. I just wonder what we would get in place of the gummi ship if they were to replace it. I doubt they would give us a standard world map, but who knows. 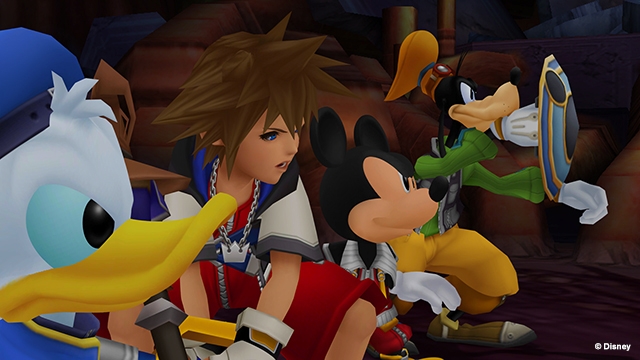 What does it mean to have a party of characters?

Fighting alongside Disney characters is cool. It’s one of the intrinsic hooks of the series, even if mechanically it’s an occasional quicktime event. It also helps breathe more life into worlds that, up until KH3, had a ton of empty space.

Unfortunately, the characters that join your party are limited to the worlds they originate in. I would love if you could create a custom party with the characters you meet along the way, all with strengths and weaknesses. Bring Mike Wazowski into a fight with Jack Skellington to spook the enemy. You could pair Simba with Mushu for a devastating fire attack, even if water attacks will decimate you. Combine Tron from KH2 with the Tron characters from KH3D for a Daft Punk battle theme.

This idea would create so many other issues. How do you balance nearly 20 different party members? Is there level scaling? How do you make Pumbaa look like he fits in the realistic Pirates of the Caribbean world without redesigning all the Disney characters? How much more dialogue would be required, and would too much dialogue for a Disney character not voiced by the original voice actor be too distracting? If you could bring Final Fantasy characters into your party, would Cloud just overpower anything that breathes?

Regardless of what happens, I hope Donald and Goofy continue to provide insightful commentary and keep an eye out for ingredients. 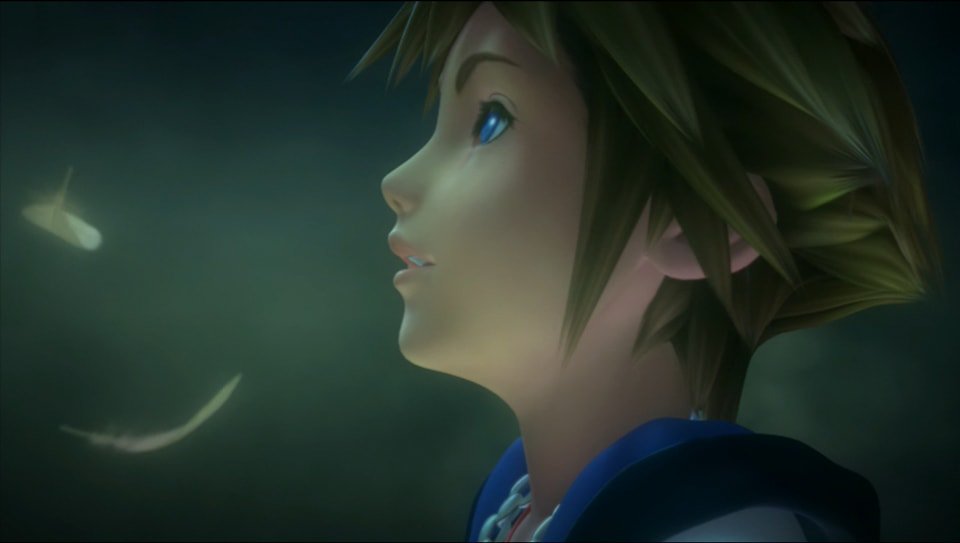 I like this series a lot, and I’m looking forward to seeing where it goes from here! Where do you think the gameplay of Kingdom Hearts should go next? I would love to hear some more insight into this.

MAY YOUR HEART BE YOUR GUIDING KEY.