Even saying that name brings to mind disease, plague, and filth. Its something that seems almost, whether it be through some genetic imperative or a cultural one but regardless of origin its a creature many of us-at least in the wild form-find repugnant. One of the more famous instances of rats spreading disease-though recently that theory has had some challenges-is the Black Death, a disease that has haunted many a country and smashed two thirds of Europe's population. Also I’m going to preemptively apologize for a bit of eurocentrism here-its what I know the most about in most aspects, Dunwall seems to take a lot from that area so its what I’ll be locking in on. The Black Death hit a lot of other parts of the world hard, and its important to not forget that in the grand scheme even if I can’t focus on it here. As always, I apologize for anything that may be in error-I do the best I can but mistakes will get made from time to time. 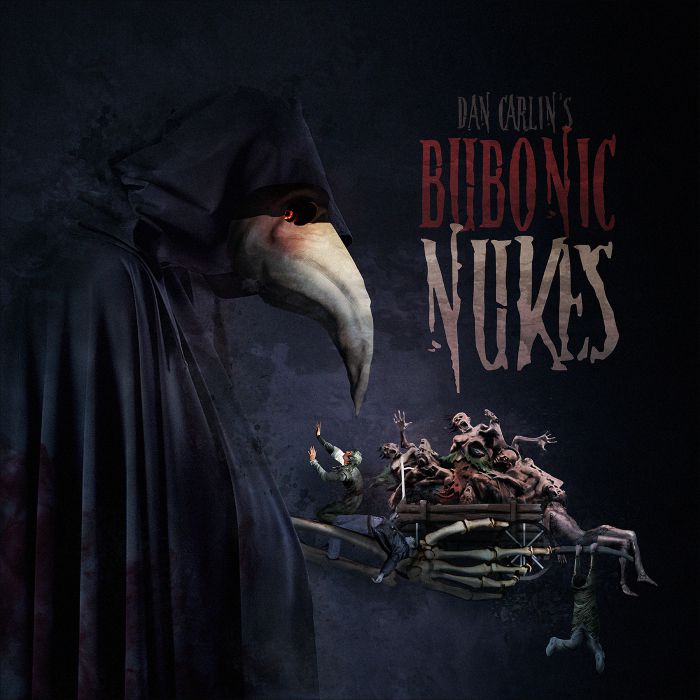 The Black Death is something that scarred the mind of many who have had to deal with it and to a large degree its imprinted on the psyche of Europe and countries it rampaged through. Estimates vary on its death tolls, but there are some guesses out there that put it at 50 million in Europe alone-a Europe that in the same estimate was figured to have a population of 80 million. The Black Death and its subsequent return tours had a massive impact on every part of the culture of Europe at the time.  Cultural norms, religious norms, societal norms-all of these were twisted and broken into new form, leading to things like the reformation, peasant wars and a pervasive morbid focus on death. After this time and said subsequent outbreaks, the phrase "memento mori"-remember you die-became relatively popular. Skeletons and such became popular in iconography on grave markers and woodprints, and given that it never really went away its not hard to understand why it wormed its way into the public conciousness so much.

So it comes as little surprise then, that a game would choose to use a plague as part of its tale of revenge as it is a rich mine to dig into. And while this particular game is based more off of the Great Plague Of London if a developer AMA is to be believed-I think its important to remember the plague in one of its most brutal forms to bring you into the proper mindset.But before we get too into that, allow my inner...and outer...scientist...to take a little looksie at the causative agent of The Black Death. In so doing I can also cross off another domain of life from my bingo card of blogging topics-for after covering a fungus and a virus, it's time to get onto the best girl of microbiology: bacteria. 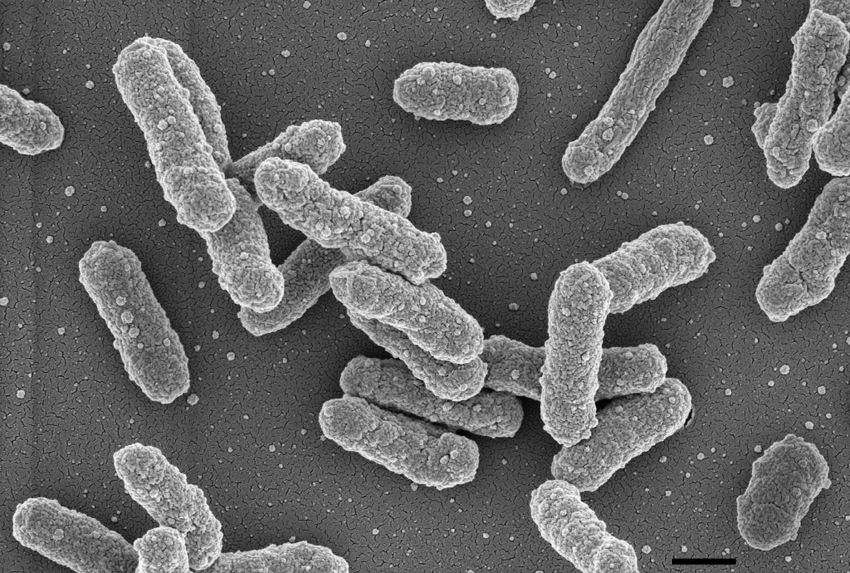 Yersinia pestis is a coccobacillus that is non-motile and non-spore forming that has several different strains across countries and centuries, and is suspected of having caused disease in humans as far back as 5,000 years ago. As with some of the more well known epidemic causing organisms, Y. pestis can be found in different reservoir hosts that maintain it in the environment and allow it to spillover into a human population leading to a massive swell of cases and usually resulting in high mortality. Its suspected to be marmots in the Asian Steppes, which is where The Black Death is suspected to have originated in turn.

One fascinating aspect of this organism is how it manipulates its vector-as I noted above it appears lice may have played a larger role in spreading The Black Death but what it does to fleas appears to be a bit more well characterized and is probably somewhat similar in lice as well. The bacterium lodges itself in the insects esophagus and then forms a biofilm-a slimy mass of bacteria and extracellular materials that help keep the entire slimy mass together and resistant to chemical or physical attack. Given what a nightmare this can be in medical equipment and human patients, you can only imagine what it's like for the unfortunate flea. As the bacteria form their biofilm they help cause a blood clot in the throat which is known as a Bocat Block that prevents the flea from feeding. The flea will try to feed on its human or rodent host several times, but this will be to no avail or of lesser value  as the blood simply comes up against the block which may be incomplete or complete and is regurgitated back into the host-but now carrying a deadly cargo of bacteria that have been sucked off the biofilm.

As for the disease proper, its an ugly customer as you might imagine of a disease that's so iconic. Once the bacteria gain a foothold in the host, they proceed to cause common first steps in illness ala fever, headache, chills and the works after its incubation period. However after this it begins to infest the lymph nodes and causes them to swell into tender structures called buboes stuffed full of the invading organisms. Left untreated, and in the times before antibiotics there wasn’t much you could do to treat this organism, it can develop into Septicemic plague though this can also be the first step in infection if infected material gets into an open wound without going the Bubonic route. I won't be showing images of that because...well it kind of begins to cross the boundry of what I feel comfortable showing but you can google it if you've got the stomach for it. 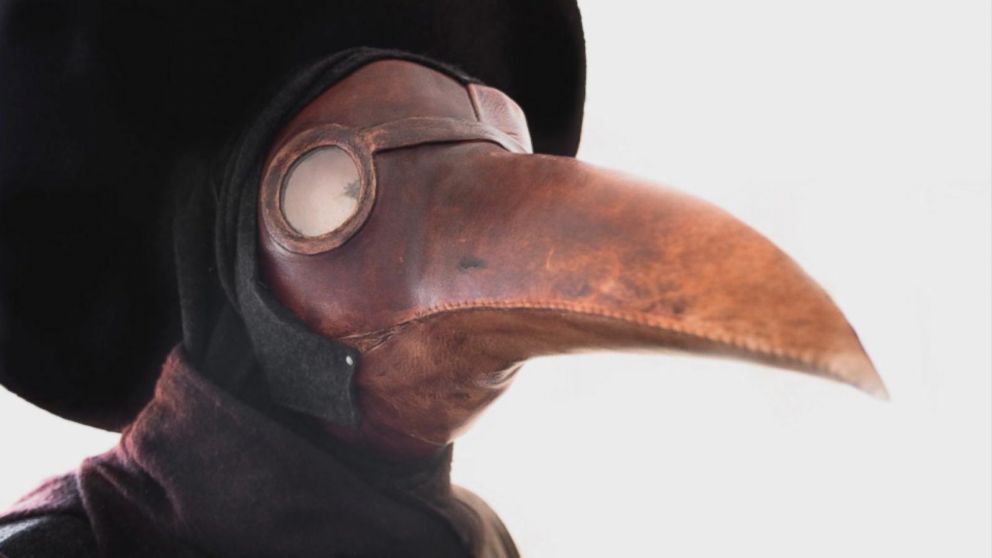 Septicemic plague works quickly in terms of when first symptoms arise and causes purpura which is a rash caused by bleeding in the skin, followed by tissue blackening in the fingers and toes, nose and presumably other areas before death occurs with a mortality rate of 30-50%. Pneumonic plague is, as the name intimates, highly contagious via infectious droplet spread and can derive from either form or on its own, and can also lead to death-this form is almost always fatal without treatment within the first 24 hours.

Now having looked at the organism this plague is highly based off of, I think it's time to take a look at how plague is portrayed in Dishonored and how it compares to The Great Plague of London. One of the more interesting things to consider is how the quarantine was handled in both instances. Dishonored, a game which I love despite its flaws, has some pretty black and white handling of its villains and heroes. So when I saw people who were locked in their homes and left to starve it seemed like it might be more of that-cartoonish villainy. However it wasn’t something I entirely discounted and regrettably looking into the actual history of the disease hitting towns it is indeed something that occured.  Hell, upon reslistening to The Great Influenza by John M Barry, theres several stories of people abandoning neighbors to their fates out of terrified fear.

Indeed during the Great Plague of London doors were marked with red crosses and shut up in a similar manner to the game and in various plague outbreaks there are recorded instances of victims being sent to horrific pesthouses where they were surrounded by squalor and death, or even being walled off along with their families to die of starvation and plague. Additionally mass burials were common due to the sheer amount of the dead in the city-something echoed in Dishonored via its barges full of corpses and transport of bodies to mass graves in sites later in the game. The rich and those who could packed up and fled, leading the streets empty except for the dead and dying or those too destitute to flee. Quarantine tactics were used in both the city and the countryside in an attempt to control the spread, but effectiveness could be limited due to the methods of spread or people reacting with violence in an attempt to survive or escape. Ships would be held up at stations before entering the country during plague epidemics, but in the case of the Great Plague of London it would seem it managed to slip in regardless of that, possibly from the Netherlands. 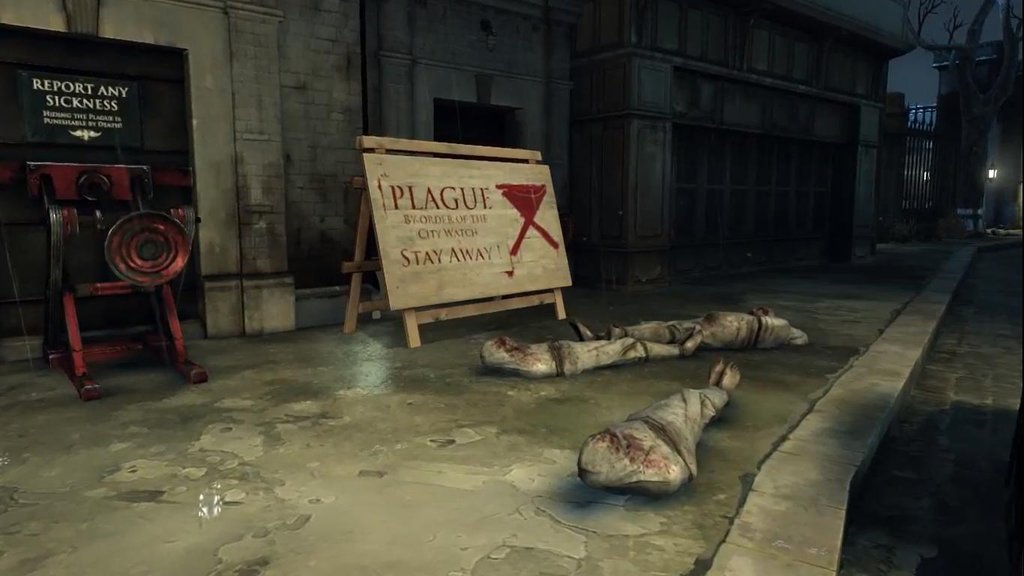 Additionally concoctions were made to try to battle the plague, with many of them doubtless being worse than useless due to the lack of any real rigor applied to what was made up. That is somewhat echoed in the game by Soklov and Pietros elixirs though those ones actually do something for people who take them. One also might consider the cloth masks city workers and guards use to somewhat echo garb worn by the ever famous plague doctors, who gowned themselves in gear and had a long beak stuffed full of herbs to ward off disease causing miasmas. This garb was mostly ineffective and doubtless the facemasks would be mostly useless against organisms small enough to get passed through them or transmitted by fleas. This is in the time period that plague doctors were highly prominent, though their effectiveness was questionable-however despite that they garnered massive amounts of money and would sometimes be kidnapped to use their services. I find it a bit odd that this never comes up in Dishonored given the visual iconography, but its not the end of the world.

Overall, I would say Dishonored presents a decent facsimile of what a real plague would look like in the city of Dunwall. There are some missing or exaggerated elements of course, but I think its a solid presentation of the idea and it really conveys how devestating a plague can be to a community. I think this sort of thing will always be fascinating to us, because it captures the imagination and showcases what can run rampant when disease runs unchecked.