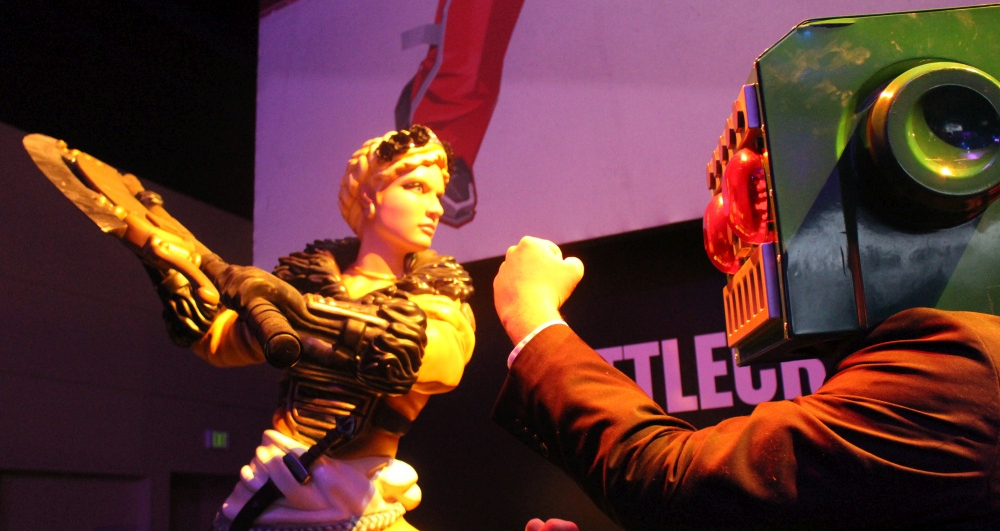 The introductory sequence is a critical part of any form of media that exists. It should be able to introduce the audience to important characters & settings, reveal the basic premise, establish certain relationships, and build up events that will occur later in the story.

Video Games have another check-box to fill when it comes to introductory sequences: Set a realistic expectation for what is to come, not just in terms of story, but in gameplay.

“What kind of game is this?”

“What mechanics exist within this game, and how can I take advantage of them?”

“What kind of gameplay can I expect later on in the game?”

These are all questions that the intro sequence of a video game should be able to answer. These questions allow a player to quickly determine if the game is worth their time, or if they’re better off playing something else, which is okay. Not every game is made for every individual, but every individual could pick at least one game that they can swear was made for them, and God of War (2018) is that game for me.

This game manages to do so many things right, but it’s also honest. It lets the player know what they are getting into immediately in its opening sequence, it does it better than most other games I’ve played before, and that is why I’m going to blog about it today. Before we explore the actual scene itself, it’s important to explore some context for the scene. As mentioned before, early-game spoilers for God of War (2018) follow. If you would like to follow along, I will have the entire introductory scene attached below.

God of War’s 2018 revival is a very different game from its predecessors. One of the largest improvements this game made from past entries in the series is the overhaul of Kratos, the main character. He’s a new man, and not simply because he has a beard. The opening of this game does a fantastic job at illustrating how he has changed as a character.

For context, Kratos was filled with rage and a want for revenge for the past 3 God of War games. Following the death of his family at his hands as the result of a plot by Ares, he set out on a bloodthirsty revenge quest that spanned three games, concluding with God of War III. Following the events of God of War III, Kratos settled down in Norway with a woman named Faye, and had a child named Atreus. God of War (2018) begins immediately after the death of Faye. 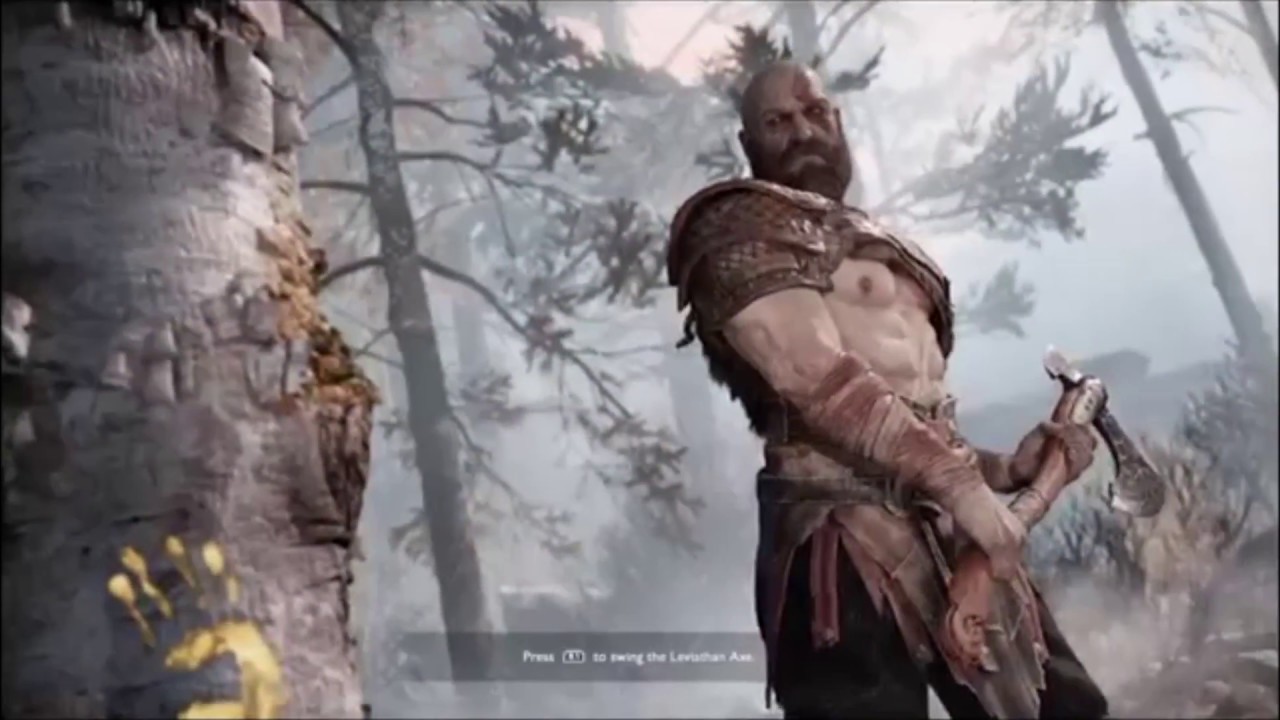 The game opens with a shot of Kratos standing at a tree. Armed with the Leviathan Axe, the first action the player commands Kratos to do is to chop down a tree, not just any tree, but a tree hand-marked by Faye to be used in her funeral pyre. The player hits R1, and Kratos swings his axe.

And more until the tree finally comes down.

Following this, Kratos & Atreus meet up, and go into the woods on a hunt for resources, namely, food. Some banter is had between the two, as well as a heartbreaking, yet tender moment when they finally manage to catch a deer they had been tracking. On this hunt, some Draugr appear, which Kratos has to take care of. Nothing too crazy, he doesn’t mess them up too bad, he just simply does what he has to do to get rid of them.

After Kratos & Atreus finish their stroll through the woods, a Stranger knocks at the door, seemingly searching for Kratos. Instead of his first reaction being to assault the Stranger, Kratos simply warns him to leave. He actually doesn’t lay hands on the Stranger until the Stranger strikes him first, and that’s where it escalates from there.

What follows is an action scene of epic proportions. A magnificent set-piece that easily stands out as one of the best action scenes of the last decade in gaming. This is a high-stakes clash, a battle of the gods where both the player and Kratos are confused about how to defeat this mysterious foe. Eventually, however, Kratos realizes that Atreus life is on the line after having been trapped inside of a rock. That’s when the Spartan Rage kicks in, and the rest of the battle plays out.

After resolving the conflict, Kratos, suffering injuries from the fight, prays to Faye, his recently deceased wife.

“Faye? What do I do? Our son is not ready to carry your ashes to the top of the mountain. And neither am I. I do not know how to do this without you. But, we cannot stay here.”

And this is where the journey starts.

The introduction of this game succeeds in many things, but most of all, it revamps the character of Kratos as most people know him, and sets an expectation for the player of what kind of experience this game is going to be.

If there is one thing to be taken away from this scene, it’s that Kratos doesn’t want to fight, he doesn’t want to mow down hordes of enemies, he’s tired. Despite all of this, he knows that he doesn’t have a choice in the matter, and must embark on a journey on which he’ll face all kinds of hellish ghouls similar to those that haunt his past, but for a different reason this time around.

Whereas Kratos’ past endeavors revolve around him acting out on an impulse of rage fueled by a desire for revenge, Kratos’ journey this time around is fueled by the need to protect his son, and to fulfill the last wishes of his beloved. Kratos’ journey is initiated by necessity, and acting in the interest of his loved ones rather than by his own desires, and acting in his own self interests.

This point is beautifully illustrated by the entire opening sequence. Chopping down the tree, fighting off the Draugr, defending his home against a Stranger. Everything that Kratos does in this opening sequence establishes that this is a completely different person. A selfless man who may be hard on his son sometimes, but only because he wants Atreus to ultimately be better than him. There is no indication that he takes pleasure in the act of combat anymore, and simply partakes in it in this game due to the fact that he has to in order to protect himself and Atreus.

This game’s opening sequence is a textbook example in how to set expectations in a game. The moments between Kratos & Atreus indicate this will be a touching tale of father & son, in which these characters will grow together, while the axe prompts and combat encounters introduce a new style of combat not seen in the previous games. Finally, the crazy-ass boss fight with the Stranger gives the player just a small taste of what some of the action scenes will be like later on in the game. I found those three elements to be at the core of my experience while playing through God of War, and I’m sure most anyone who has completed the game has too, and, to be honest, I think that’s all you can really ask of from the introduction of a video game.

One Door Closes, Another Opens 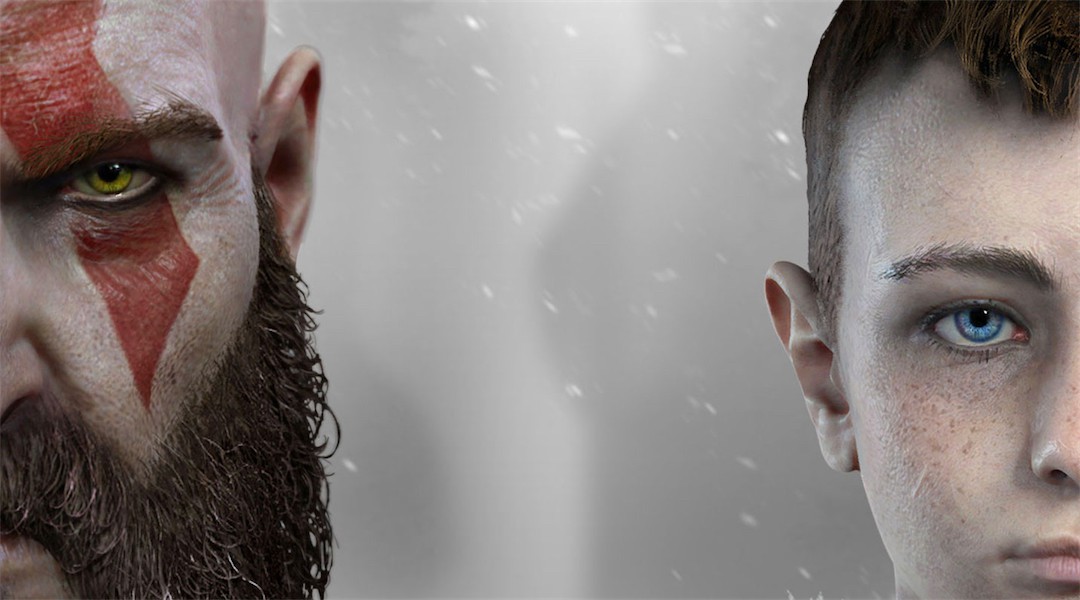 After that...well, the game truly begins. The intro sequence told me everything I needed to know about the game’s mechanics, story, and gameplay in order for me to know that this game is definitely for me. Granted, I probably wouldn’t have bought it if I didn’t think it was for me, but this only reaffirmed by prior assumption. As the door closed on the introduction, it was obvious what kind of game this was going to be, and I could not have been more excited to not just play, but experience this game.

And as the door closes on this blog, I’d like to open up another one just a little bit — What are some of your favorite opening/introductory sequences in video games, and why? They can be anything you all want to count as an opening, ranging from a playable one like God of War to the intro video that plays before every entry in the Super Smash Brothers franchise.

If you’ve read this far, 2 things:

Apologies for my long-windedness