[Update: If you're unable to see the images, scroll to the comments. I copy pasted the entire blog in there lined up with all of the pictures. Sadly, this has to be done.]

Good morning! This is the start of a series wherein I upload pictures of a single old comic book's ads and we all laugh at how old or dumb or sexist they are. That's basically the whole idea. A lot of them are old ads for games, so I figured it would fit in neatly at Dtoid.

The backstory to this is that I have a massive stack of old comic books that used to be mine and my older brother's (mostly his and not mine), from a time period spanning from the late 1980s to the early 2000s. Get ready for attitude-era ads, lots of denim, lots of unnecessary sexy ladies, a the word "japanimation".

Here we go, our first comic book is actually a trade magazine meant to generally advertise other comic books and related stuff to avid buyers. It also housed several op eds from writers and cartoonists that would probably appeal to budding artists (as my brother once was before life replied to that dream with: "lol"). 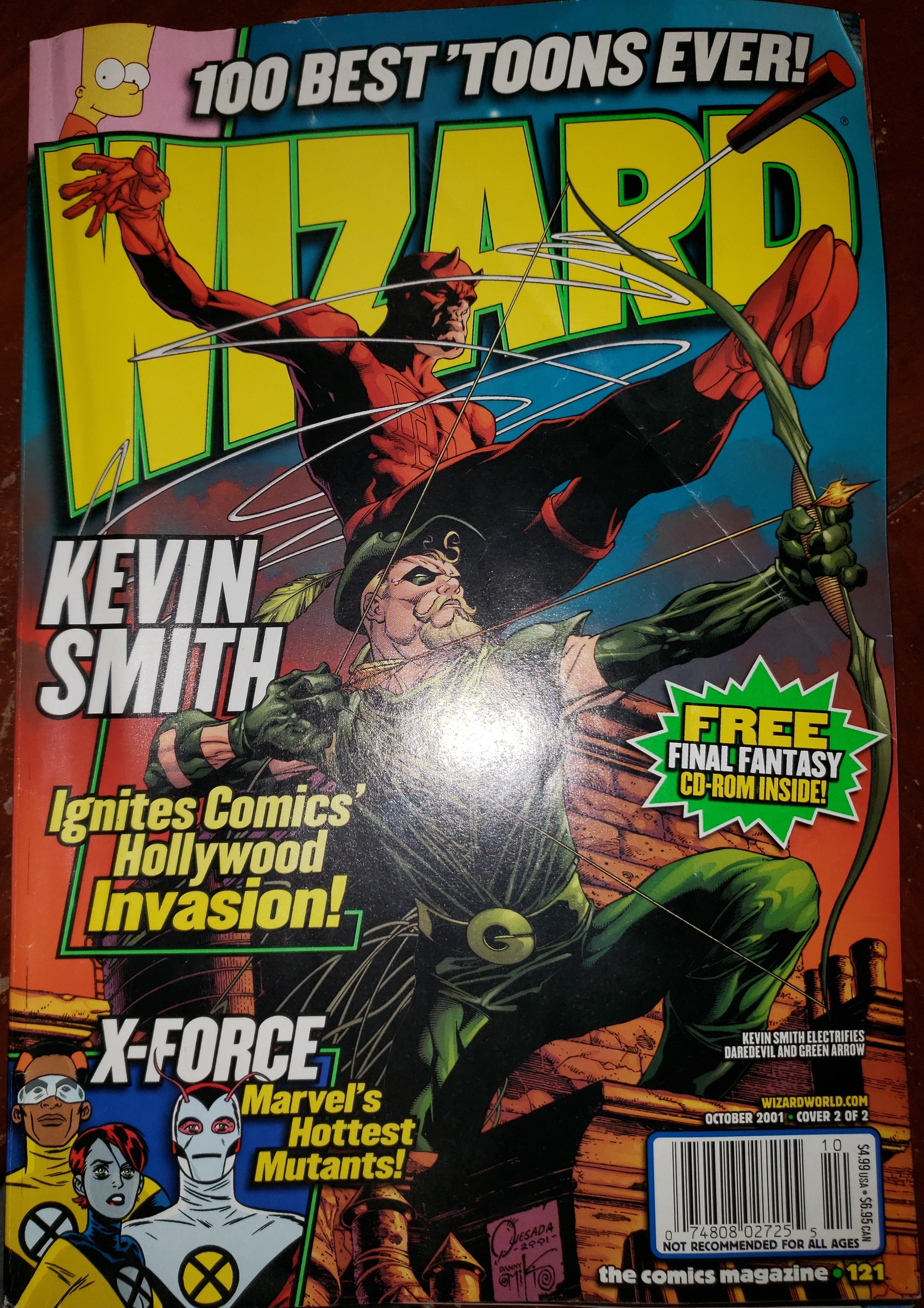 Note the use of 'toons with the apostrophe. How adorable. Also, the free Final Fantasy CD was missing and very likely immediately thrown out... you'll see why.

Next up is an ad for a PS2 game I never heard of where the title is only shown in a teeny tiny screenshot OF the titlescreen in the bottom right corner. It's called Extermination. Has anyone played this? 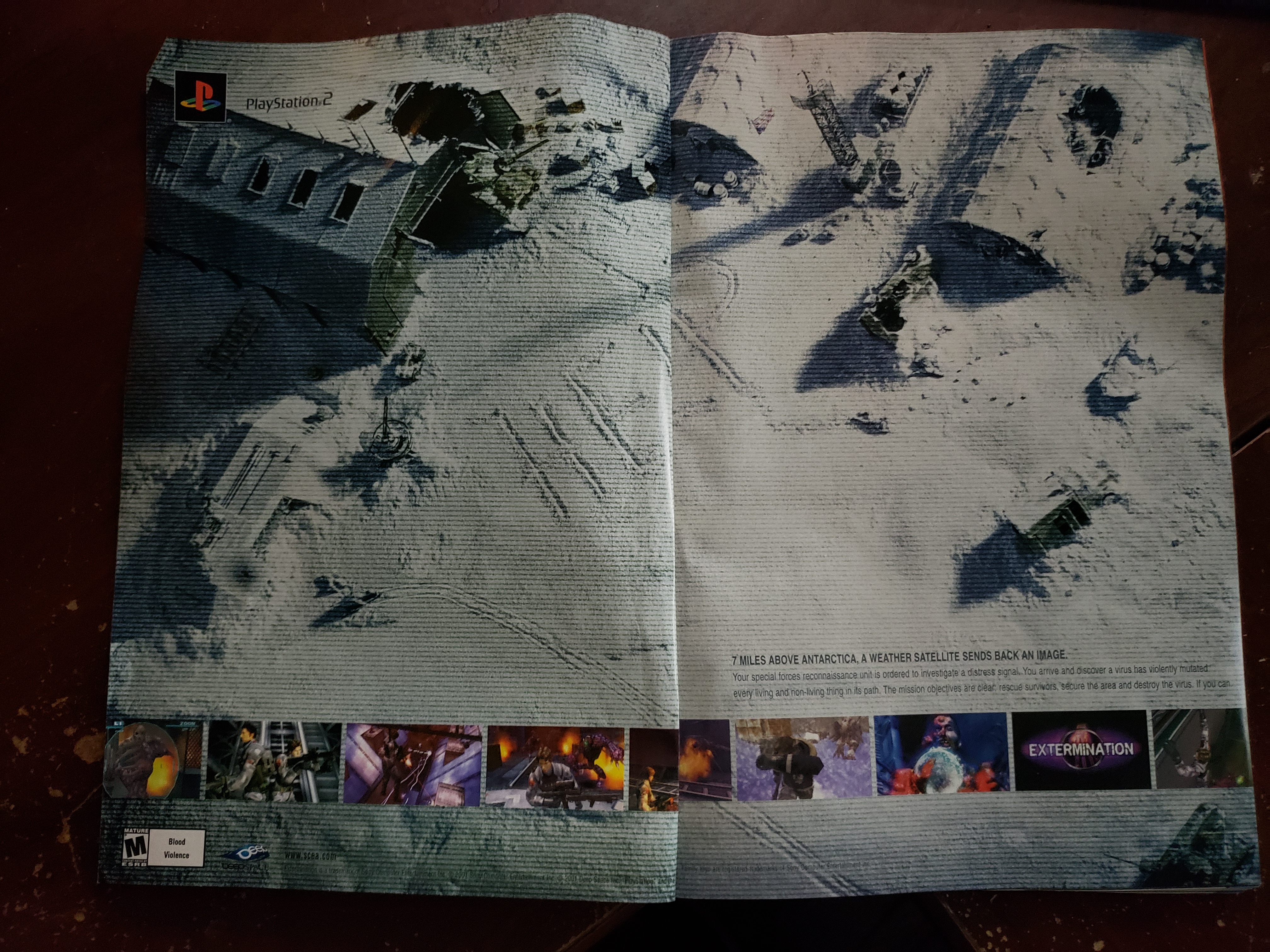 Made by some forgotten SCEA studio Deep Space.

Third is an ad for another PS2 Sony-made title, Dark Cloud. A little more popular this time, but still not a game I played. Uses similar dystopian imagry but at least they had the confidence to put the game's title IN the ad itself. 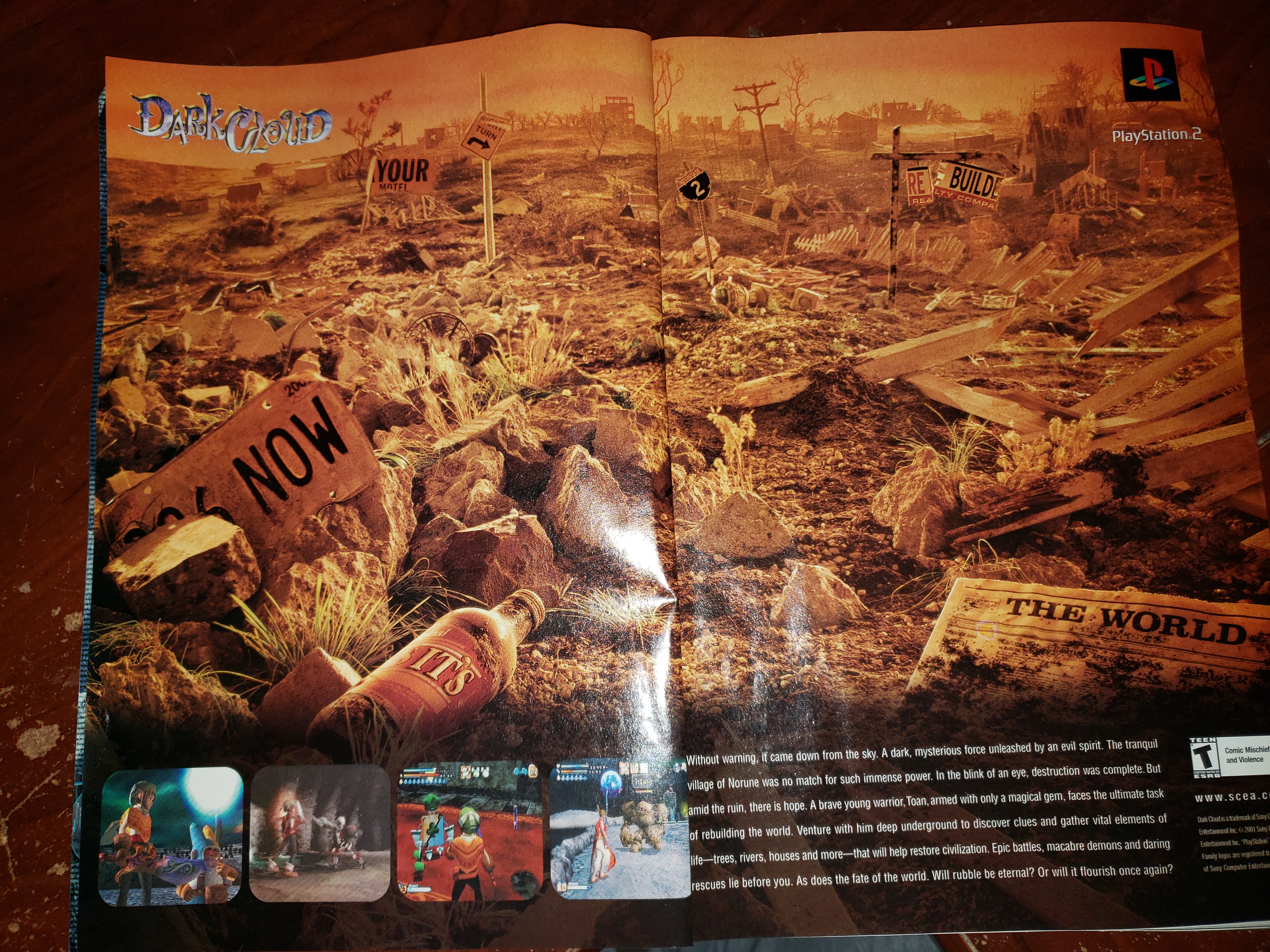 Personally, I'm a big fan of "The World" newspaper. That's a good 'un.

Fourth we have a single page ad for Advance Wars on GBA! Neat! Go, uh... Beavers, I guess. This appears to be a hastily edited photograph of a real asian military parade or something. JC Dent's of the world could probably make out what tank and therefore what nation this is, but I have no clue. 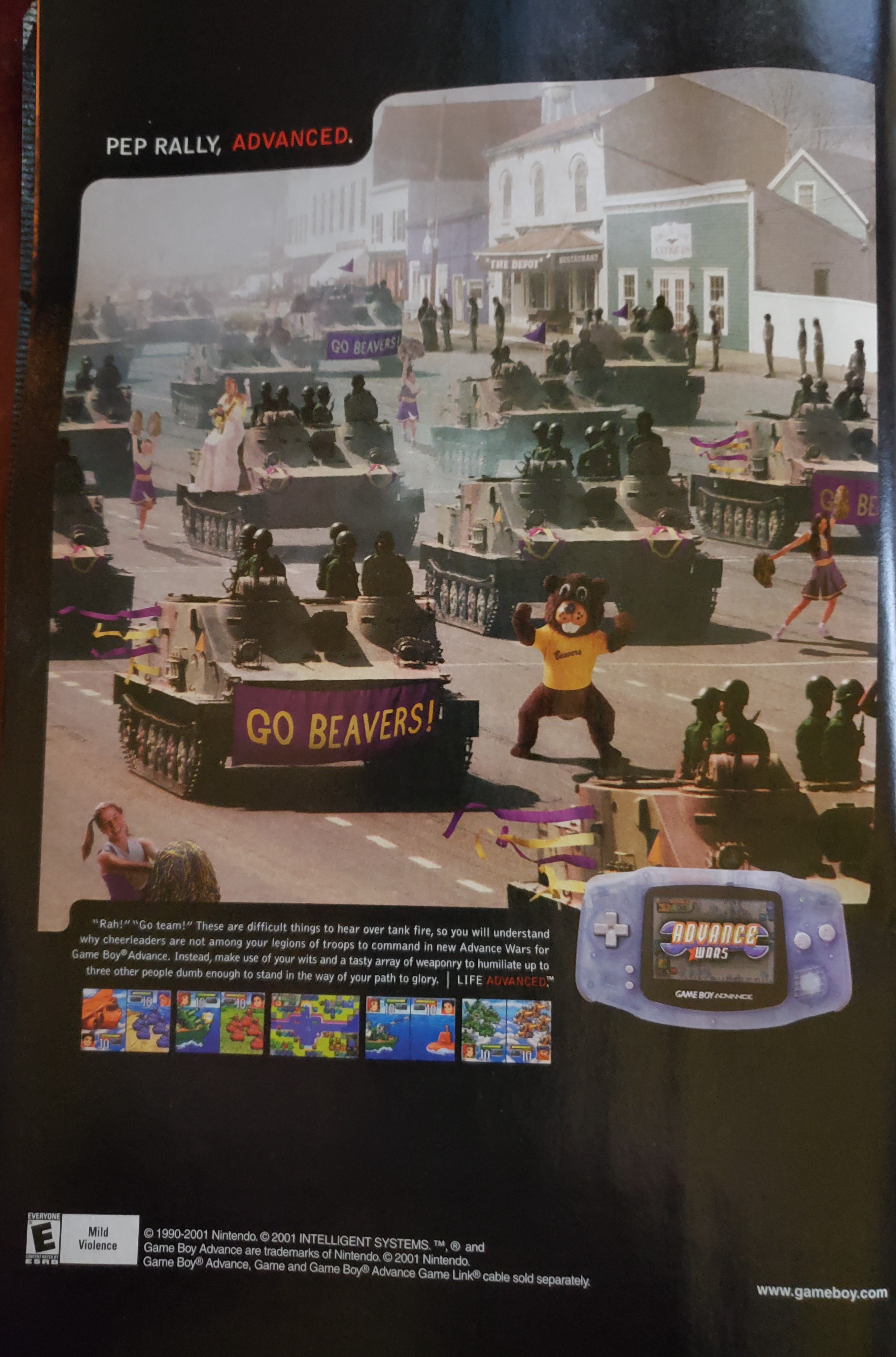 Pic number five is an ad for the 2001 remake of Planet of the Apes, availabe on DVD and VHS, phew! Thank goodness! 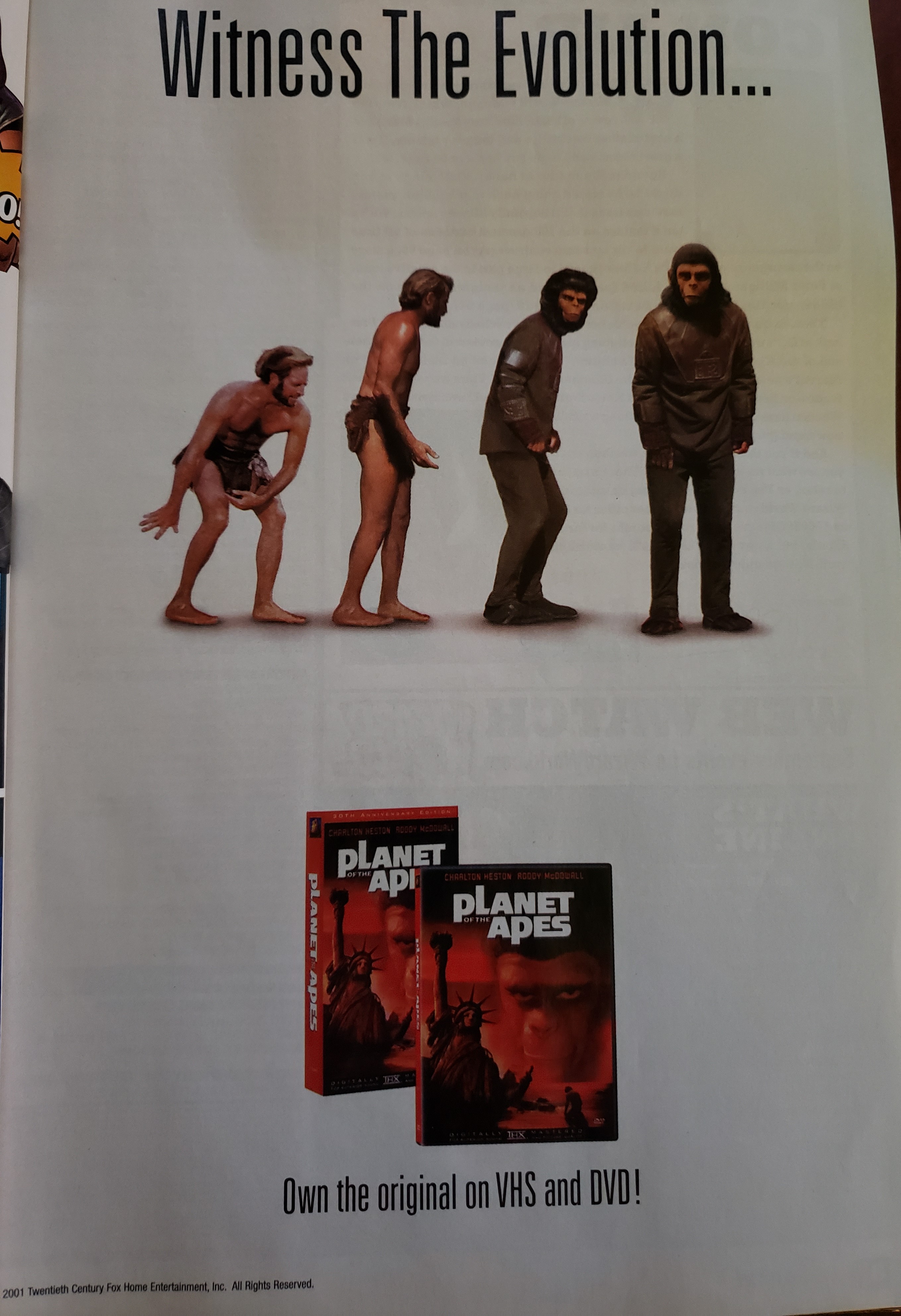 For number six and seven we have a clever seperated two-page ad. At first you see what appears to be some kind of purfume ad. More than a little out of place for this kind of reading material. 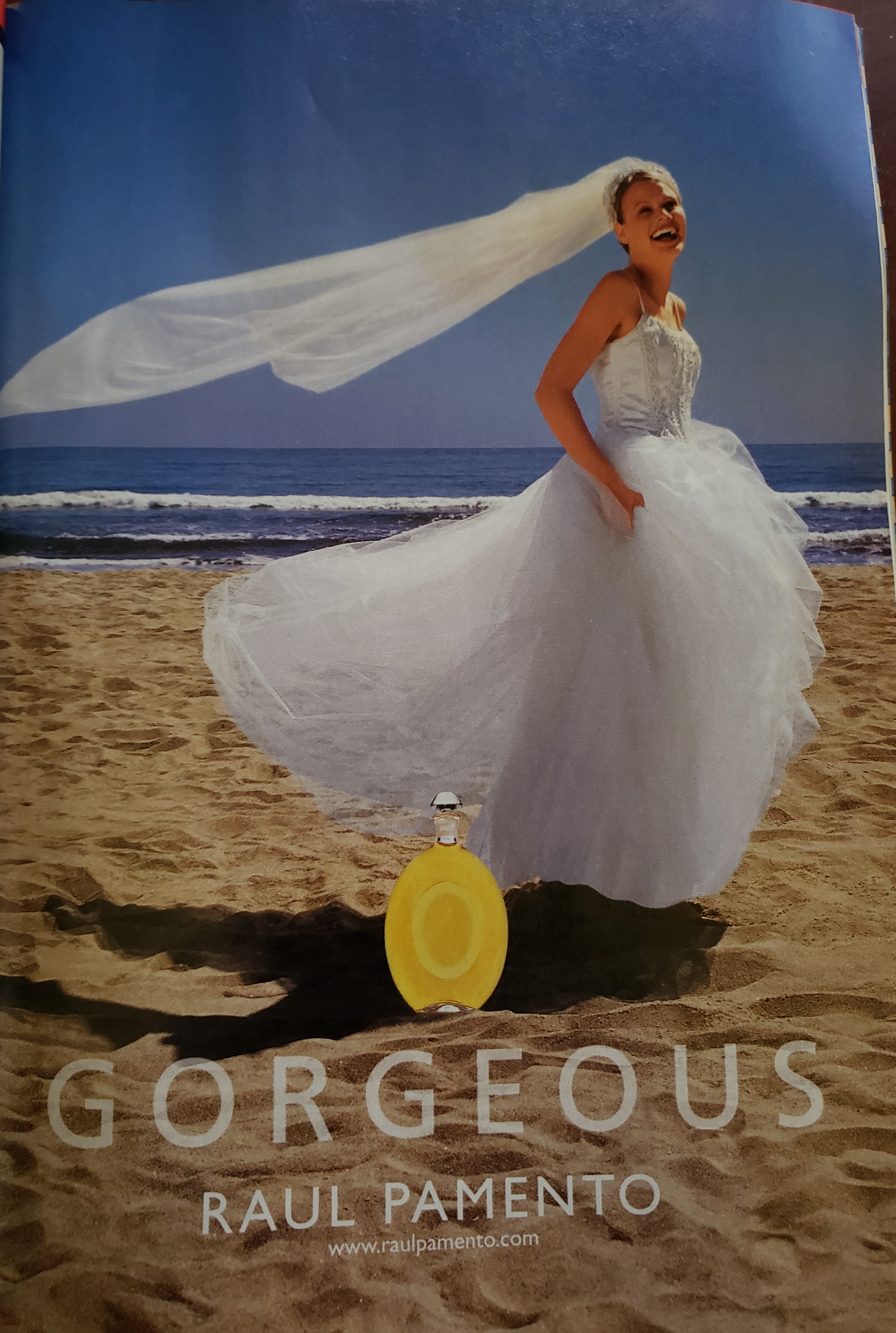 A quick check on "raul pamento" or the website yeilds nothing. But after turning the page, on the same right-hand side of the book you get this ad and suddenly it all make more (shitty) sense. 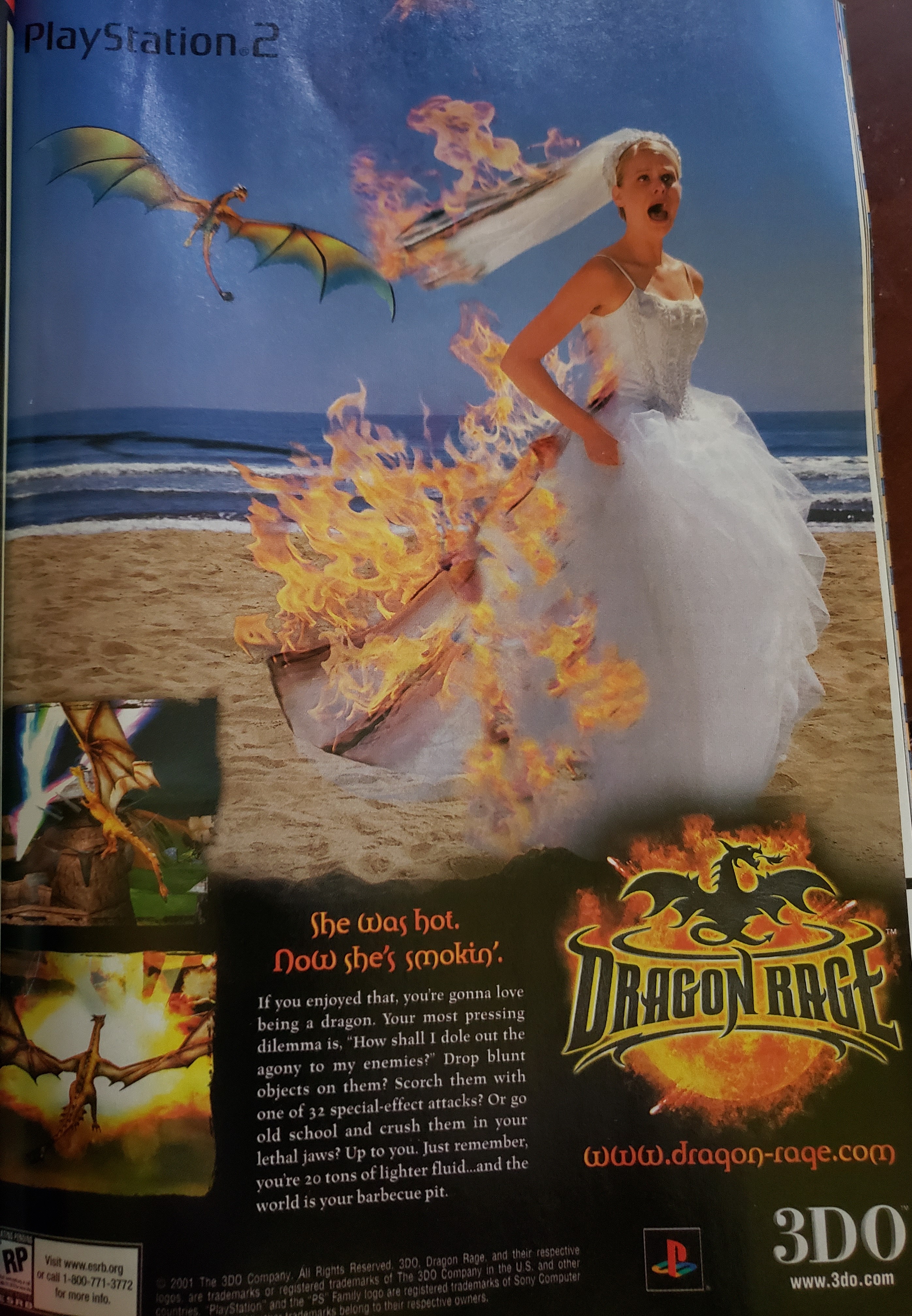 Ah yes, she was hot and now she's smokin'. ShittiestGrin.jpg. We have here an ad for some other forgotten PS2 title, Dragon Rage. It's so forgotten even GameFAQs doesn't have a listing for it. Also, The 3DO Company? I had forgotten they published games. A quick look shows they're behind pretty much all of the Army Men games around that time before they folded in 2003. That certainly figures.

Eighth up is an ad for some of them-there Gun-dams. They're not toys! Mom! Ok?? 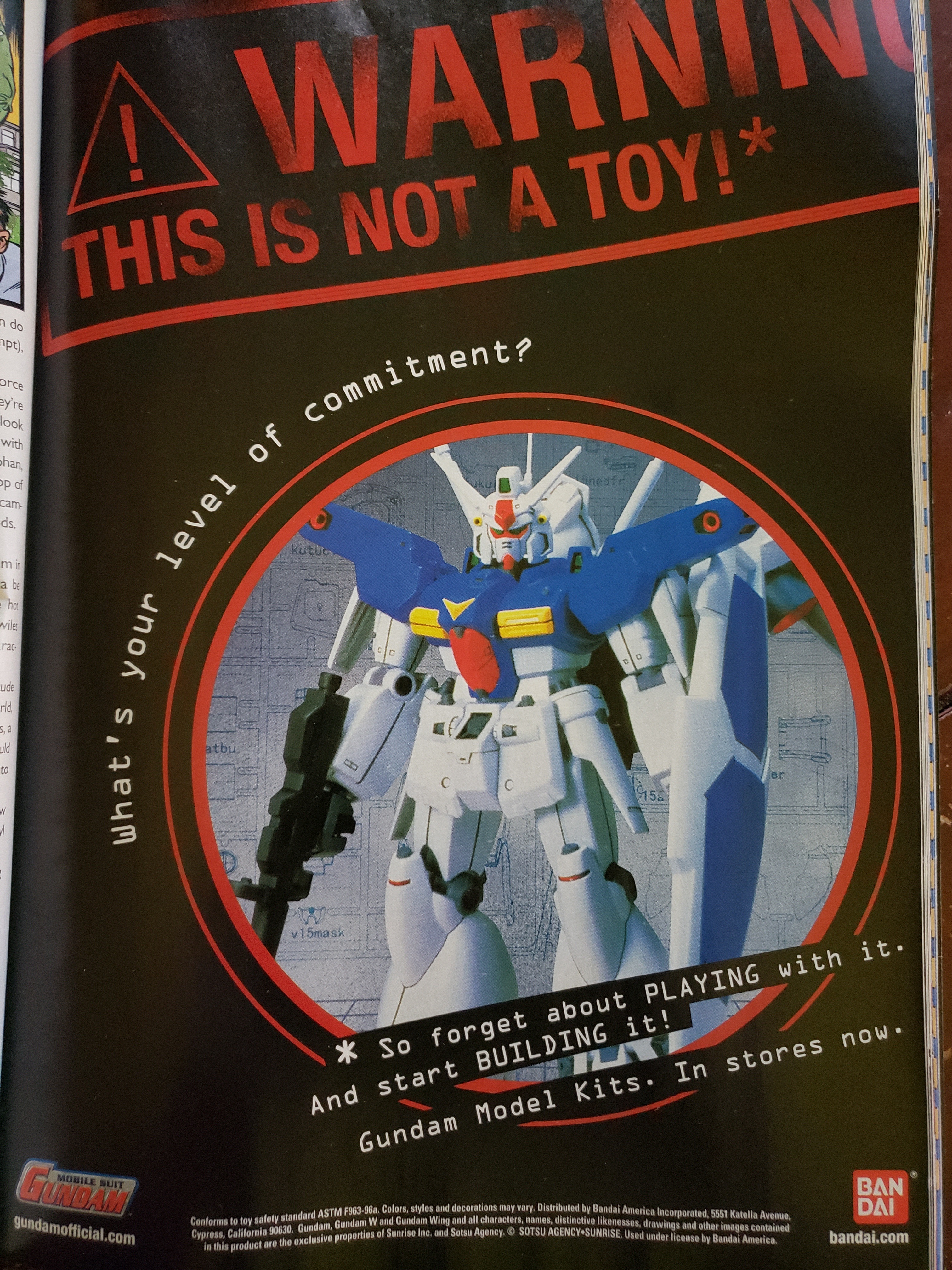 Next on the list are some "thrills from the masters of Japanimation" for "picky grown-ups!" It's an ad for Robotech, which I assume is an anime show or movie or something. 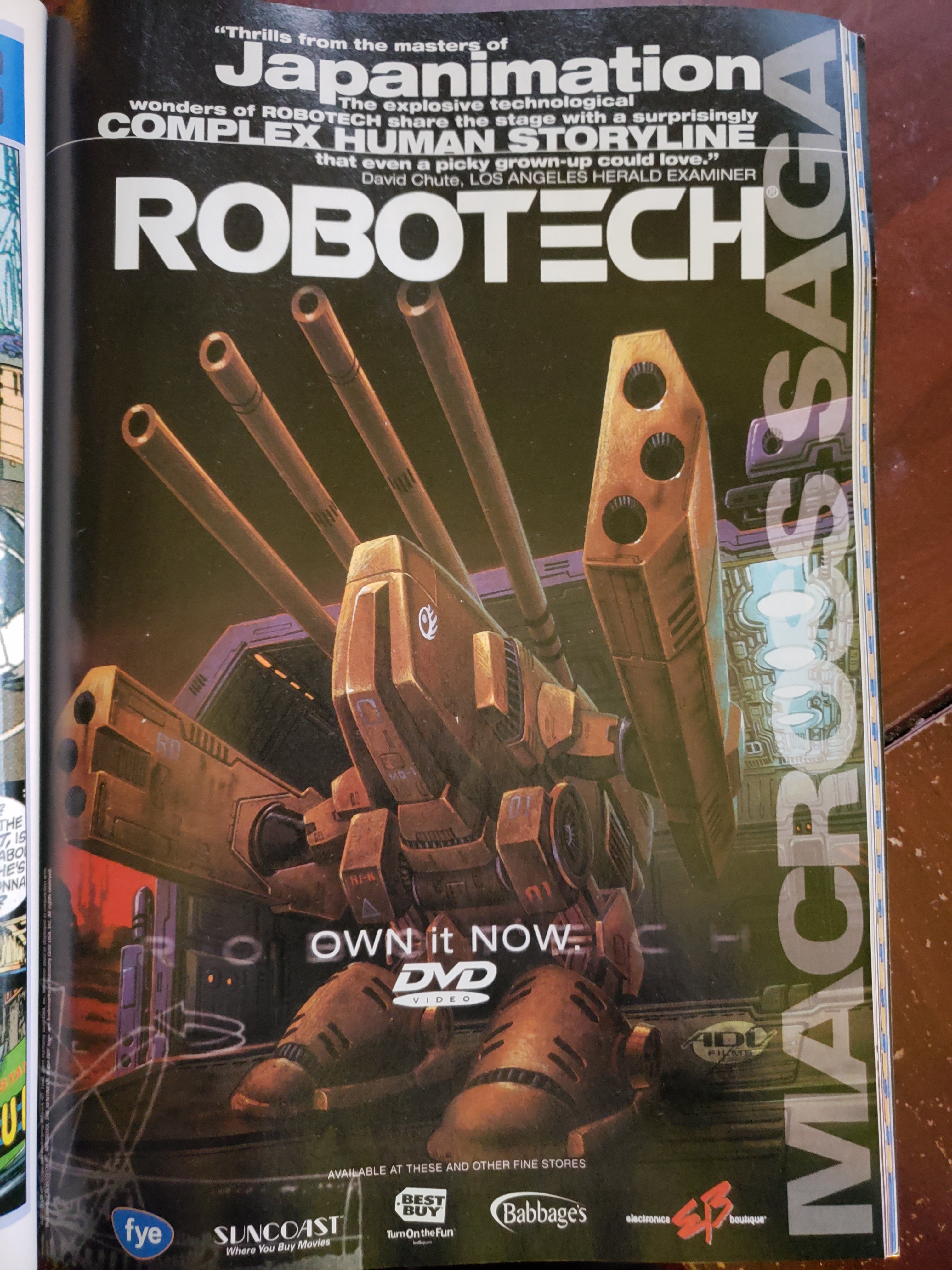 Number ten is the answer to that Final Fantasy CD from the cover. We've got CD CARDZ and they're for the beloved Final Fantasy: The Spirits Within movie! Remember weird-shaped CDs? I do! 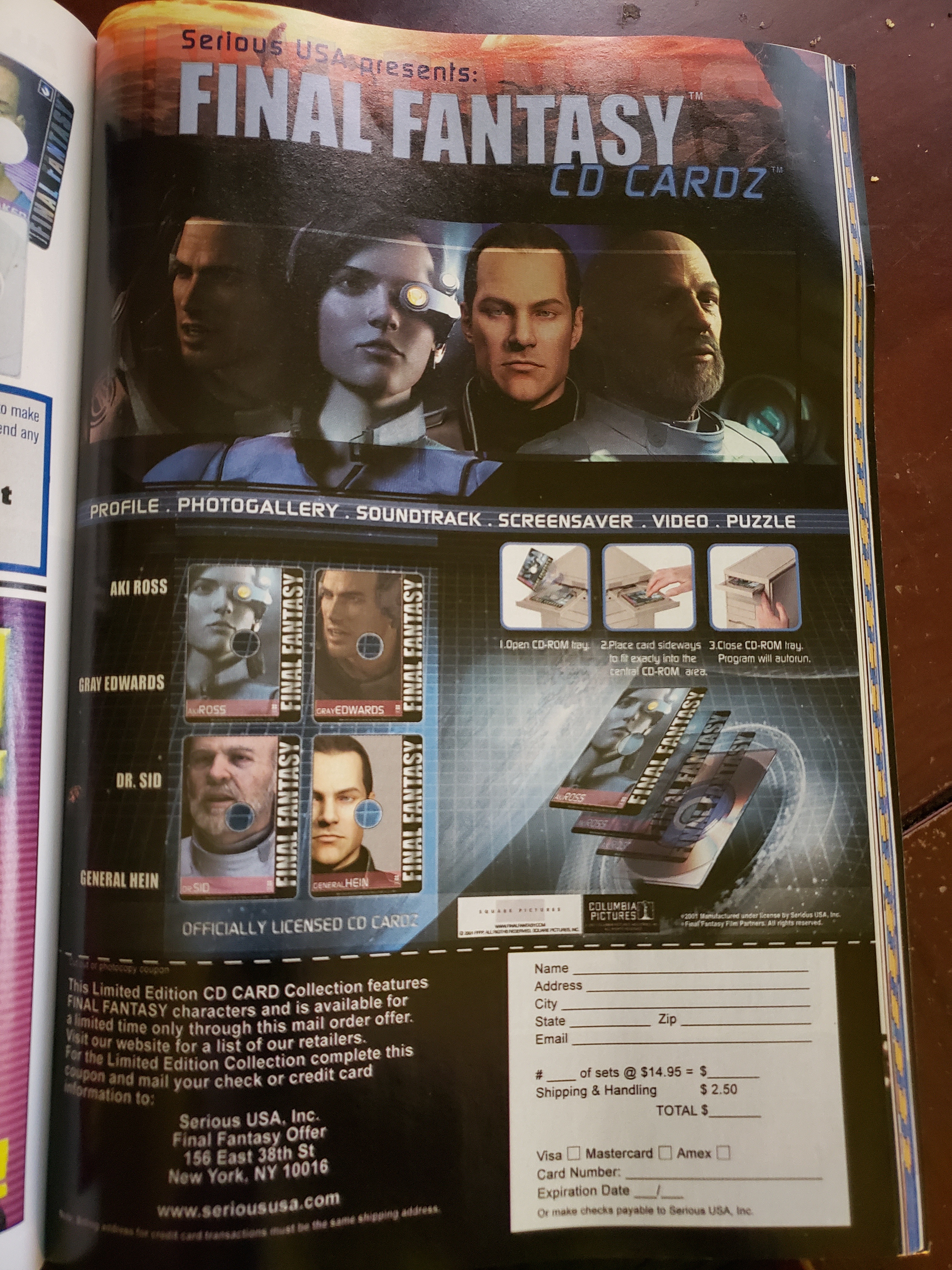 Next up is another anime ad, showing the early rise of broadly popular anime in the West. This one is a neat mosaic for The Big O, which I've only seen bits and pieces of back in the original Toonami days. 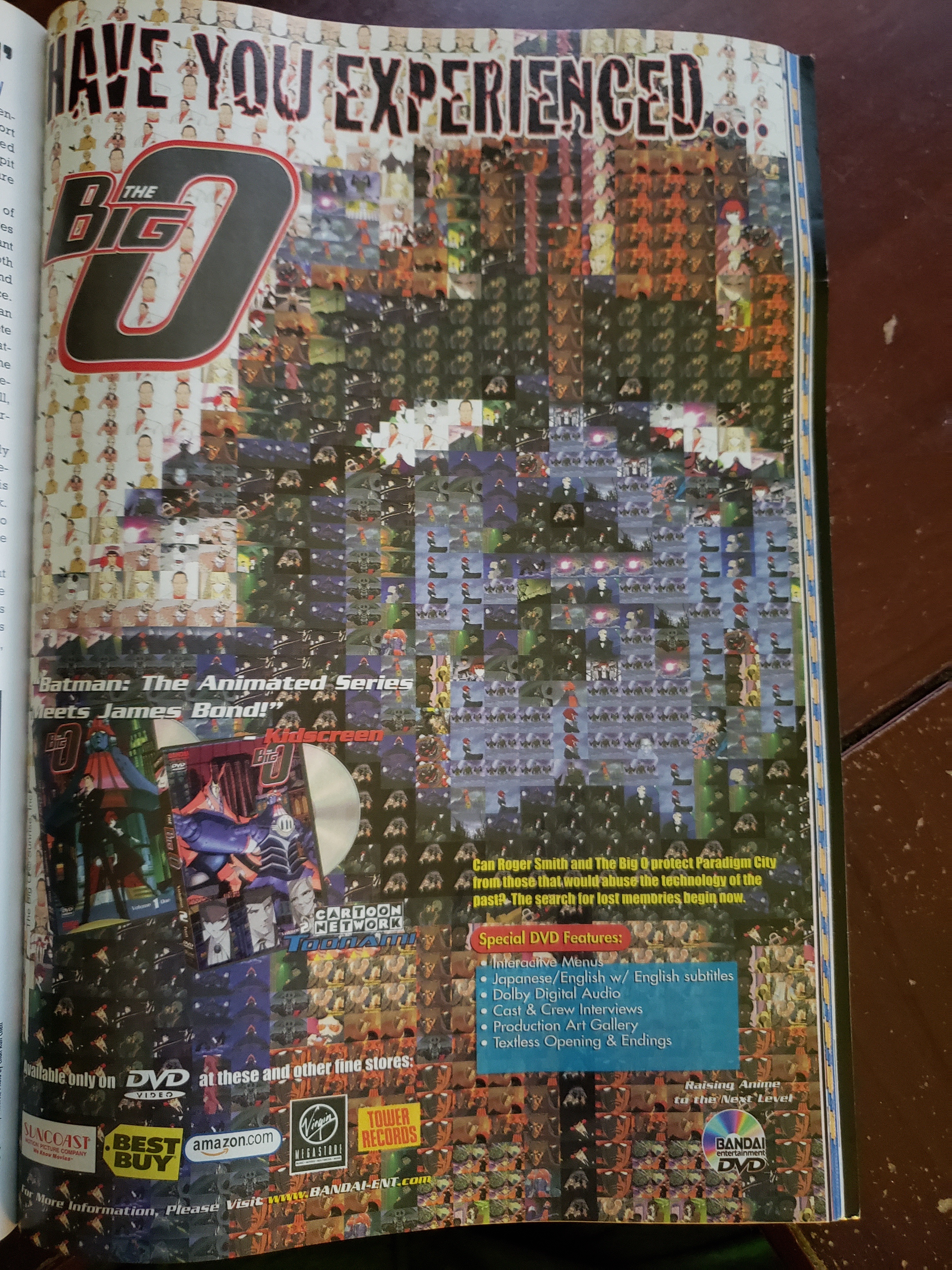 It's apparently "Batman meets James Bond", which I guess is accurate. 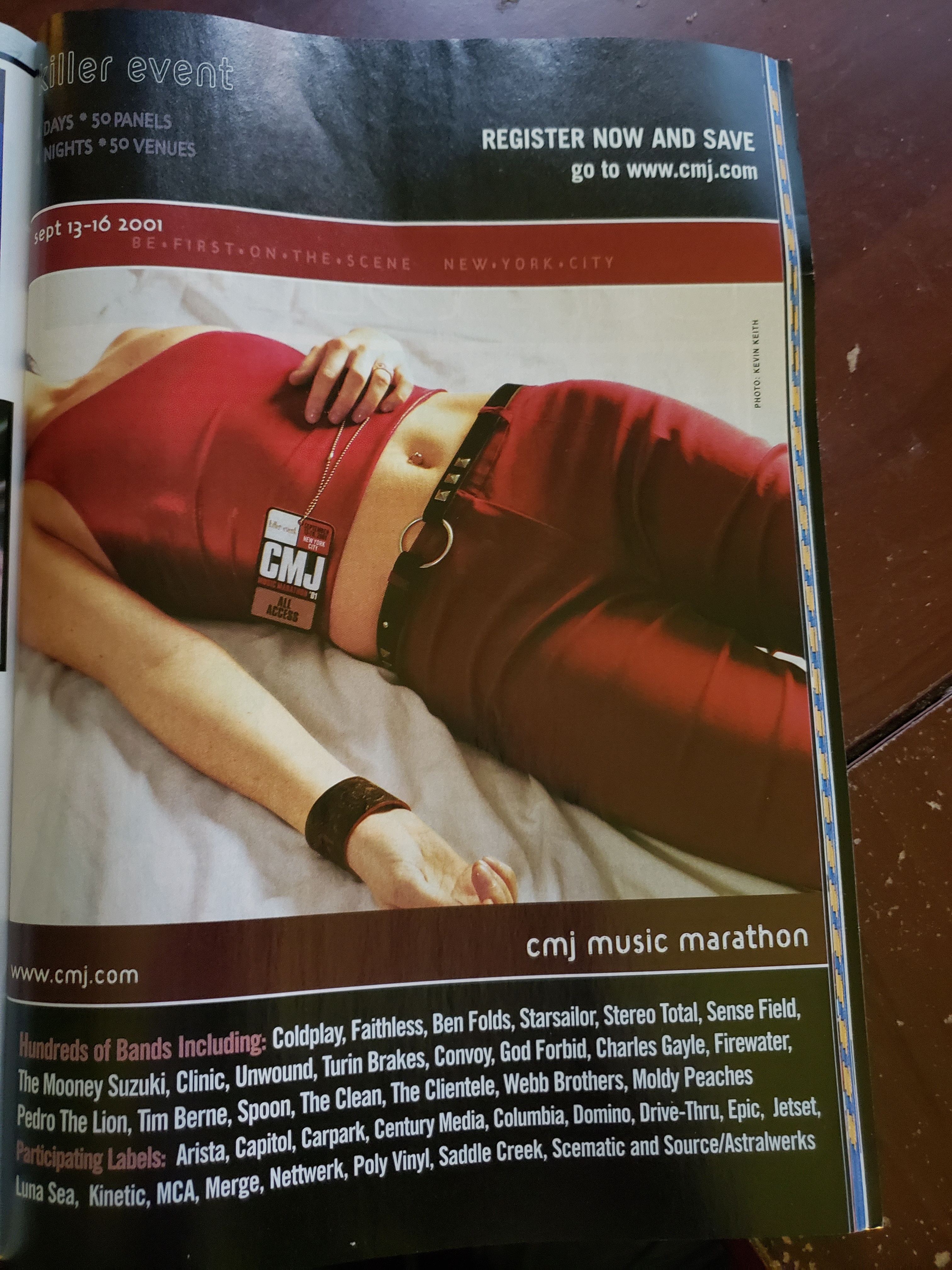 And finally we have another anime-related ad, this time for The Big O, Outlaw Star, and Escaflowne figurines that all look rather happy-meal levels of quality. 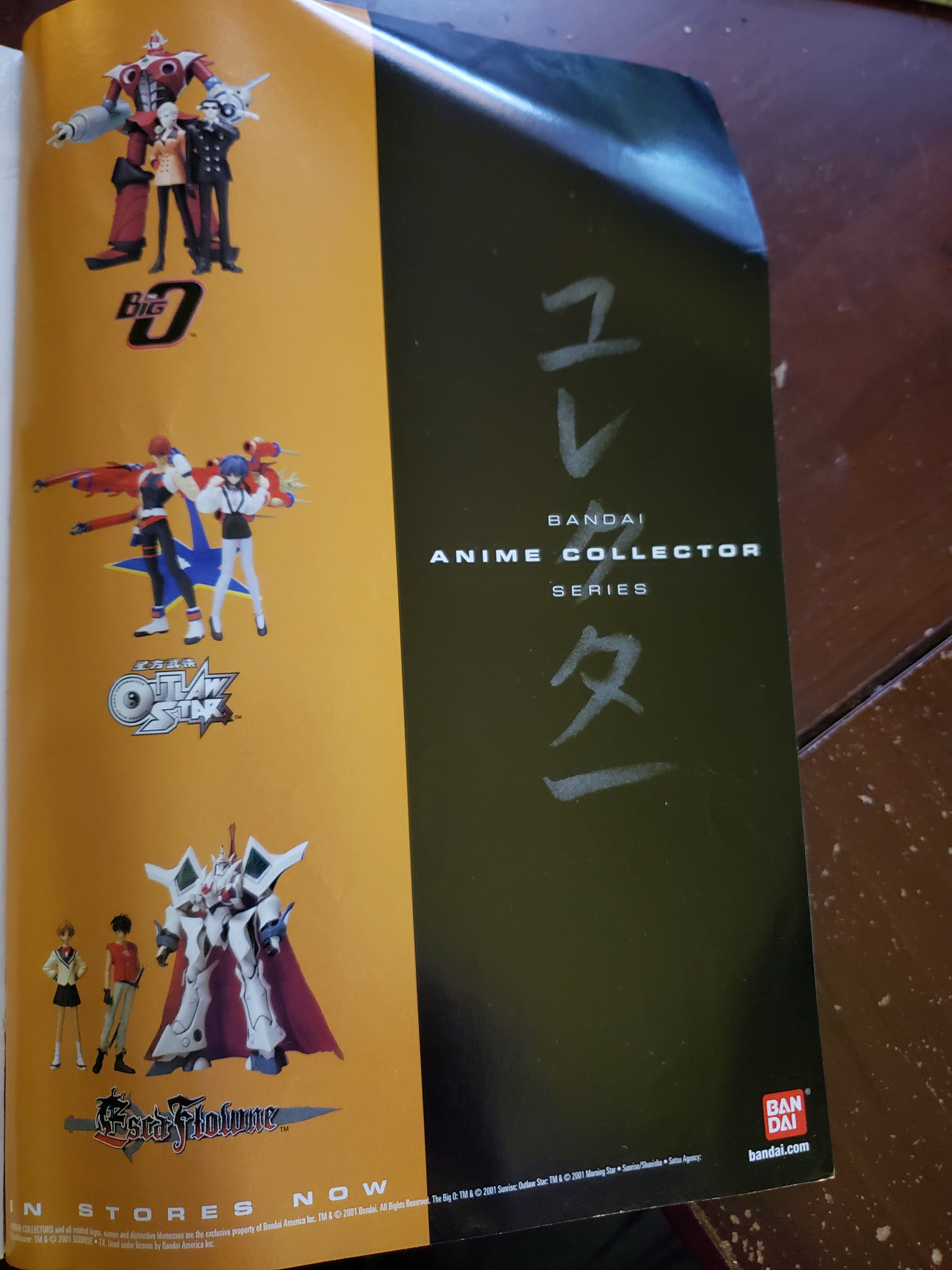 So that'll do it for my first post. Don't expect subsequent ones to include quite as many ads since this was a thicker book than most standard issues.

Thanks for stopping by!

[Check the comments if the pics aren't loading, the whole blog is reposted in there]