In the interest of trying to cover up the fact that I’m a cynical and bitter husk of a human being be more positive here or there, I figured I’d talk about something that I love. Portable consoles-since my first handheld they’ve been such a wonderful part of my life and my love of gaming. Something about them just makes me happy to play on them, and I tend to preferentially game on them when I can. So I figured it might be fun to look back at my experiences with all of the portable systems I’ve ever owned, some games I played on them and the general experience and feelings I have on them. My first handheld gaming console was the Game Boy...something its semi confusing and its been a while. I had never gotten my hands on the original Game Boy though I had seen them here or there. This is where I got to play some really neat games, like Oracle of Ages, the first two pokemon games (blue/yellow and Crystal), some random Donald Duck game that used passwords instead of checkpoints and probably more that slip my mind.Probably one of the games I was most fond of at that point was Crystal Version-the second generation and combo platter pokemon game that really got me more into the franchise and lead into what is probably my favorite gen on the next handheld. I still remember having to consistently swap out AA batteries to keep the thing running, especially after heavy play and someitmes losing progress due to playing too far beyond what the system could take. Looking back on its tinny speakers, impossible to play screen in the sunlight and what not makes me chuckle at how far we’ve come-but that shouldn’t take away from what a fun console this was at the time and how it managed to get me into portable gaming. Especially with cellphones and smartphones not being a huge thing in schools at the time, these things were everywhere and most everyone was playing them.

The next installment in my portable journey was to come with the Gameboy Advanced. I loved this thing because it came with a colored screen that was game changing-I don't recall ever owning a Gameboy Color for context-and more graphical fidelity to work with it was a respectable upgrade. This is where some of my favorite portable games started to come onto the scene-Metroid Fusion was my first metroid game and I fell in love with the design and world it showcased. Metroid Zero Mission would continue to increase my affinity for the franchise, which would eventually bloom into making it my favorite Nintendo franchise. Pokemon Sapphire (and later emerald) would introduce what is probably still my favorite pokemon generation, again with beautiful colors and effects. Old nintendo ports, the minish cap, and so much more made this a fantastic console to own for me and further got me into portable games and games in general. Though the speaker quality was about on par and the screen suffered from the same issues, this console was part of the clicking moment for me I think-there's just so many good games on this system and it really expanded my horizons gameswise. And here there were some more third party light sources you could hook up to the system, to allow you to play it in darker environments. One I recall vividly was a blob monster which was relatively neat-even if the efficacy of the lights was somewhat eh due to the build of the screen. Also of note was the ability of the system to plug into others-allowing for a bit of crossplay between the system and the gamecube, and of course between systems. This allowed for trading pokemon, playing multiplayer games and etc-it was a really neat concept and one that would be built upon in future handhelds to greater effect. 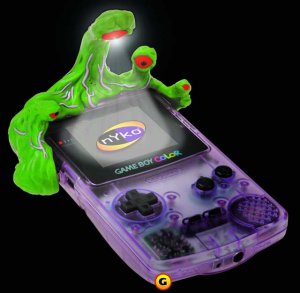 The Gameboy Advanced SP would a few of the issues of the advanced, while introducing one of its own. With a backlit screen it was easier to use at all times, it no longer took batteries and instead had a rechargable one, and it could fold up to take up less space while also being smaller generally. This was all a huge step up-the backlit screen meant that playing outside and in the dark was now far easier, the battery meant you didn’t have to keep a supply of batteries on hand and could just plug it in and the size made it easier to carry around. This console is also where I played Pokemon Emerald. I recall preordering it from best buy and getting a case for it, as well as some other random tat which was neat. I really liked this system, but the only real issue I had is that it wasn’t very ergonomic and it seems like the trigger buttons were susceptible to breakage. Still I look back on it fondly, and remember putting in a good amount of time in both of the gba metroid games on it. I also have fond memories of using my SP as a controller along with my sibilings while playing Final Fantasy Crystal Chronicles-and while we didn't beat that game ever, it was fun to just do something together and desperately cheer as the last living player tried their best to not die against whatever boss was on the menu. 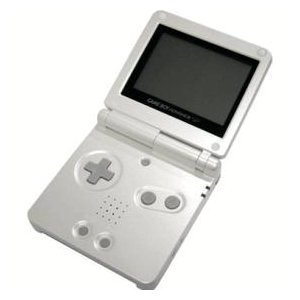 The next handheld was, of course, to be a nintendo one. It's only now struck me how nintendo-centric my handheld gaming was looking back, but I think generally the quality on display speaks for itself-as does the near monopoly they had, near as I can recall. But we’ll save that for next time-I plan on finishing this piece off in the next blog, and this will also let me get more blogs out generally. Been slacking a bit so I want to try to get back into a rhythm but I’ve said that before of course. Hopefully you enjoyed this little walk through my remembrances of handhelds, feel free to share your own experiences and what not.