The Wolf and the Panther: Sekiro's True Significance 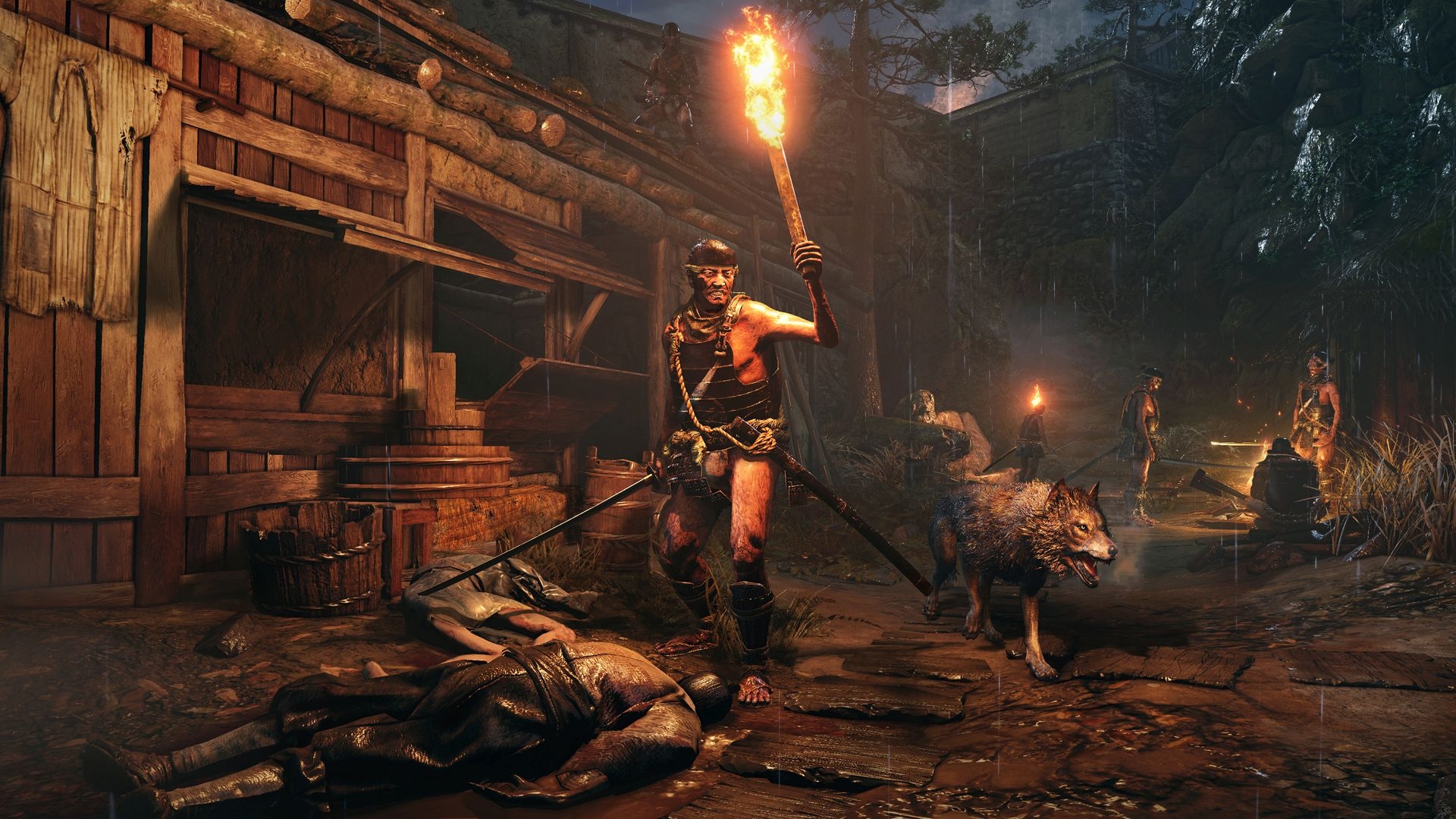 Last year, when Bloodborne became free on PS Plus and I got my greasy hands on it, I decided to do a blog on it. Said blog was mostly just a dump of my thoughts after getting the hang of the game, since it was the first From game I had played at the time. While not the most positive impressions, my opinion on it did soften when I got further into it. The levels got better, the bosses got way better, and I'd like to believe that I got better as well. I've since then come to look back on it in a very positive light. It was fresh, it was engaging, and it was exhilerating.

I never finished it though. By the time I had gotten to the late game areas, something about its magic had worn off. I'd spent so many hours in it that it had gotten a bit too familiar, and so the continuing difficulty began to feel less exciting and more exhausting. The combat in Bloodborne isn't really that interesting aside from how much it kicks your ass. It's a lot of dodging, light attacks, and the occasional heavy attack once you get the opportunity. Never seen anyone play it another way. There are limited parries too, but those also become repetitive once you get them down. Despite this, straight combat is almost all the game is about.

The level design is praised, and aspects of it is great, but one thing that stuck out to me was that it was mostly stairs and flat surfaces, thanks to limited movement. I'd go somewhere and see a huge castle, or cathedral, and sometimes they'd be satisfying to visit, but they often would not. The better levels, like Forbidden Woods, felt decently organic and fun to explore. Levels like Castle Cainhurst, on the other hand, felt artificial, offered limited exploration, and was really awkward to get through by the end.

Bloodborne was my first souls-like game, and despite being considered one of the best, downsides like these rarely seem to be brought up. I assume people just disagree with me super-hard, which is fair enough, but my experience made me wonder if the whole Dark Souls formula was really for me. From what I've seen, I've always enjoyed the almost prideful gamey-ness of them, but if they can't even hold my interest for one full playthrough, then it might not be enough.

Now that I've played a good chunk of Sekiro: Shadows Die Twice, I can say with confidence that the formula is just as much for me as it is for the studio's most devoted fans, and the reason for this is a huge, huge deal that pretty much changes everything. It's something that could possibly shape the way From Software and their imitators make games like these going forward.

Sekiro pretty much proves that "soulsborne" isn't a genre in itself, but rather a structure that can be applied to a huge variety of other genres.

Dark Souls and Bloodborne used it for action-RPGs, Sekiro uses it for stealth-action. Perhaps Nakey Jakey's Max Payne Souls is more likely than we think?

In any case, Sekiro is like the first "souls" game that truly fits my personal tastes, and I really appreciate its existence. The game's strict focus on panther-stealth (aka lethal stealth) feels like a natural transition from its brutal predecessors. I hope an eventual Sekiro 2 introduces more non-lethal ways to stay unseen, and that it mixes stealth into the bosses the same way Metal Gear Solid sometimes did (may it rest in peace), but what we have here is already so much fun that I still feel it's an overwhelming success. Despite being relatively low on my priority list when it was revealed at E3, it might become my game of the year.

With the addition of jumping and grappling, Sekiro also manages to have more vertical levels that are as fun to explore as they are pretty to look at. Barely anything is just decorative anymore. Locations feel much more alive and interactive than in Bloodborne. Not only do you see something in the distance and know you'll get to go there, but actually getting there lives up to what you imagined. All of this has proven essential in making the game more fun to me.

Even if From Software goes back to their older franchises, I hope they bring back some lessons from Sekiro, but what I truly want to see is the studio moving forward and experimenting even more. Their classic formula has clicked with me harder than it ever could have before, and I'm confident that I'm not alone in this. It's obvious to me that they really have something special on their hands, and it's something that I want them to mix up as much as possible, in terms of both settings and gameplay styles.

This revelation could open up From's humble yet innovate games to a much wider audience. The floodgates are open, anything can happen now, and I find that pretty damn exciting. I eargerly look forward to this studio's next adventure.

Please make it about pirates.