In order to inspire you fine folks to step outside of your comfort zones and plays some new types of games, I have decided to compile a small list of games that were outside of my comfort zone that I ended up loving. These are games that belong to genres that usually don’t interest me. I took a chance on them and now I can’t imagine a life in which I hadn’t played them. They’ve opened my eyes to so many more great games as well.

This list is in no order. It’s just a list of games that fit the theme. They are all highly recommended by me, obviously, but especially if the genre(s) they belong to is outside of your comfort zone. 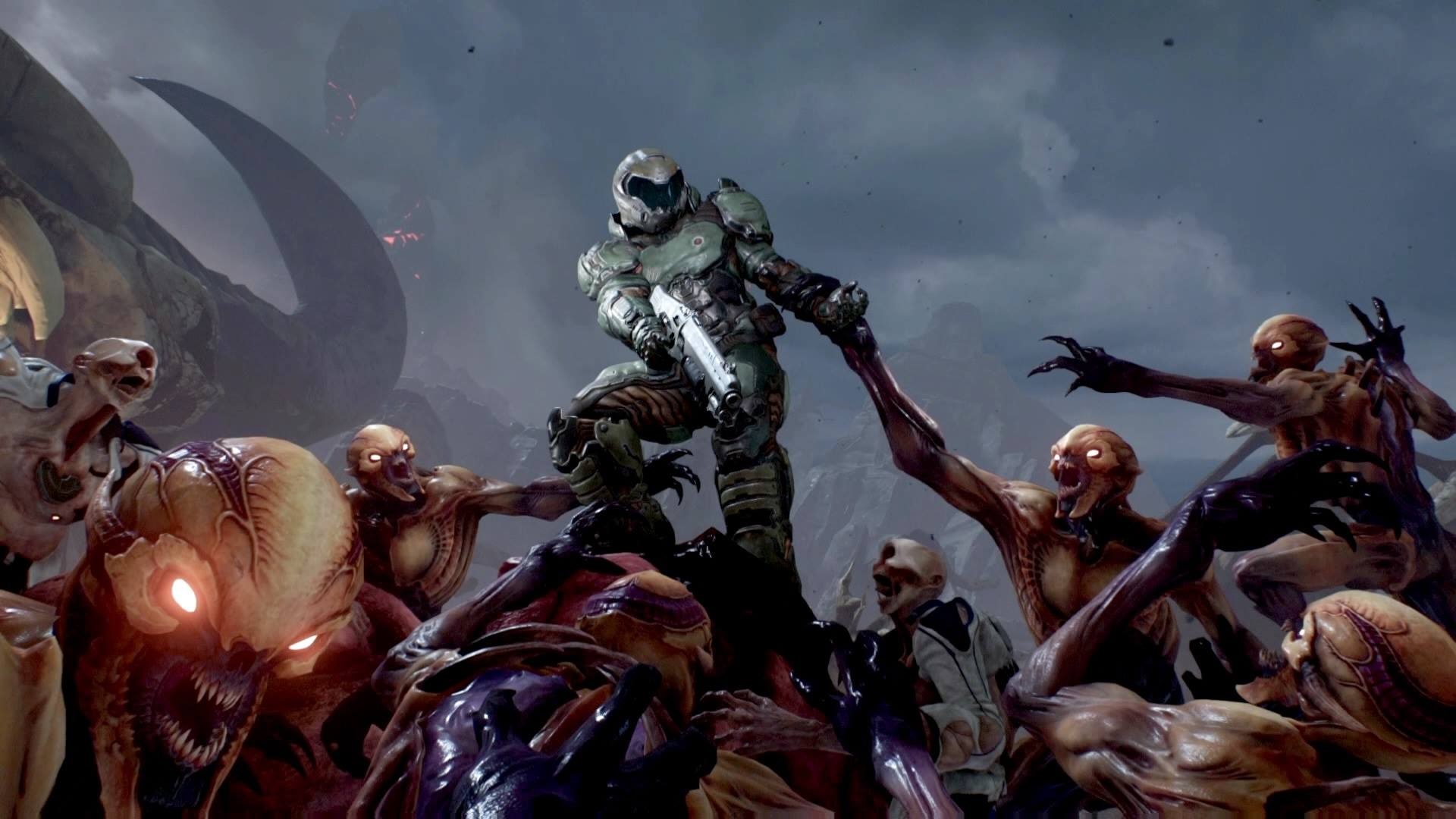 I used to be dead set against first-person shooters. I sucked at them and none of the ones I played with my friends were interesting to me. Medal of Honor, Call of Duty, Halo, not a a single one piqued my interest. And then came DOOM. The game got so much praise I wanted to see what the fuss was about. And then one fateful day, Bethesda lowered the price to $20. I figured worst case scenario I’d be out $20. Instead I ended up absolutely loving the game. The gameplay was fast-paced and fluid. The music created an atmosphere that fit the whole game like a glove. The art design was absolutely brilliant. Everything just clicked so well for me. It’s a game that I basically recommend to everyone because it’s just that good. Since finishing it I’ve tried to get into more FPS games, though none have quite clicked as well. But that’s okay, something will. And if not, at least I’ll have DOOM Eternal soon.

Not only was I not a fan of FPS games, I also wasn’t real big on third-person shooters once upon a time. But rather than being mostly about how much I sucked at them, it was mostly just being biased against those types of games. It was so long ago I’m not even sure why I was anymore. Though we could probably chalk it up to a combination of teenage angst and depression. Eventually, though, after the Uncharted 2 GOTY edition came up I picked up both Uncharted 1 and Uncharted 2 GOTY. And I fell in love with the series. Uncharted felt like going on an adventure to me. In many ways it was like the 3D Zelda games, but with guns. I really liked the whole treasure hunting adventure and to this day the Uncharted series is one of my go to’s for when I just want to play something.

I’ve never gotten into point and click games. Probably because most of them were for PC and I never really played PC games. And I probably wouldn’t have played Trace Memory either if it weren’t for Super Smash Bros Ultimate. The Ashley Robbins spirit in Smash Ultimate made me look up what game she was from and after finding the game brand new for $10 on Amazon I decided to check it out. I beat the game in around five hours on a single Sunday. It’s not a long game, but it is a very intriguing one. Trace Memory is the first game I’ve ever played that fully used the DS’s capabilities. There were puzzles that requires you to use the DS’s two screens in very clever and interesting ways in order to solve puzzles that entertained me greatly. And it has a very engaging story, one that is quite dark for a NIntendo game. Trace Memory is now a game that I quite love and am proud to have in my collection.

Okay, so to be honest, I only played half the game and I ended up bitching out. And then I had a friend play it so I could watch it. But still, I quite liked Resident Evil 7 and I’ve become resolved to play more games in the series and horror genre altogether. The creepy atmosphere of the Baker home made me very uncomfortable, which I believe was the point. And the Baker’s themselves were very unsettling. The whole damn game is just horrifying. Which, you know, makes sense. It’s a horror game. And I really like dit, even though I don’t like feeling scared. It helped having someone there to help me out. Though when I eventually play through the other games I will be alone.

The Dynasty Warriors games never intrigued me. I got the appeal, I just didn’t think it was for me. But when Hyrule Warriors came out, I have to say, I felt I desire to finally see what the hubbub was about. And when I played it, I got it. Mowing down mobs of enemies? Fun. Playing as various classic Zelda characters? Fun. Replaying levels with new characters and weapons? Fun. The musou genre is just pure, dumb fun. It’s quite basic and not deep at all, but that’s what makes it great. They’re just games you can sit down, shut your brain off, and kill some time with. I will say though, I’ve since realized the key to my enjoyment of the genre lies with other franchises. I’m not sure I’d have enjoyed a normal Dynasty Warriors game, but Hyrule Warriors had me engaged by being Zelda. Despite the fact that I’ve never finished a real Zelda game before, I really do enjoy the series. And it was cool getting to now down swarms of foes as Zelda, Fi, and the rest of the waifus.

And there’s a sampler of some games that I love that I may never have played if I had stuck to what I was comfortable with. I am very glad to have tried these games out and I can’t believe there was ever a time when I had overlooked them because they weren’t my usual fare. Variety, as they say, is the spice of life. And as I age, I find that there is so much great stuff out there that sticking to my “comfort zone” just seems more and more like a terrible idea. There are just so many great games out there to experience and limiting myself to what’s comfortable just seems like a disservice to myself.

I’ve incorporated this mentality to most of other my hobbies and interests as well. And I feel like I’ve grown as a person because of it. Which is why I chose stepping out of your comfort zone as April’s prompt. I want everyone to try to expand their own experiences and hopefully find something new to love.

I hope you enjoyed this list. I also hope I’ve inspired someone to try out something new and maybe write a blog for this month’s Band of Bloggers prompt. If not, that’s cool too. No pressure. Regardless, I hope you have a great day. Thanks for reading!