Marcel's D&D recap: Between a rock and a dragon place

The last time I had a D&D session was about two months ago, before the holiday madness began. My friends and I had out first session in awhile last week but we almost forgot what we were doing. So as their DM, I'm going to recap what we did as a personal reflection on my cblog, so I don't forget in I go a long time between sessions again.

So as a primer, my group consists of the aaracokra bard Rolli, half-elf paladin Thia, bugbear rogue Xero, and aasimar ranger Jenasi. The party is on a quest to thwart a cult from summoning a Great Old One, whose very presence in the material plane could drive everyone mad.

Last time, the party actually left the session right in front of a young black dragon. After arriving in a Dwarven Fortress city, they were given the idea to delve into other planes, due to the revelation that the previously thought normal cult was actually involved with extra-dimensional Mindflayers. They decided to help them investigate a ritual site that had a known portal in the area, which they kept dibs on for study, but no inspectors had returned from recent excursions. After arriving and tying up the first few kobolds they ran into (the first of which Thia tried to reason with but which kept trying to stab her, unsuccessfully against her armor class), they snuck into a dim room and didn't alert a dragon as they walked in.

Rolli attempted to talk to the dragon and approach the situation peacefully, approaching from the front with Thia while Xero the rogue and Jen the ranger stayed hidden in the shadows. The dragon, being young and arrogant, didn't take well to Rolli's standoffish personality. As soon as battle started, the dragon unleashed it's breath weapon. Thia managed to survive and pass the dex save but Rolli was immediately one-shotted by the acidic breath. Luckily, combat passed fairly well, with Thia's paladin skills soaking up most aggro and Xero and Jen pumping DPS from the sides. They even managed to revive Rolli mid-combat and to my surprise, Rolli managed to throw a rock for 5d6 damage (a spell called catapult apparently).

After defeating the dragon, the the group seemed to take an unnatural interest in skinning the body for parts. They managed to report back to Governor General Ornstein back in the fortress of their findings and found a smith to turn in their newly acquired dragon parts for equipment. Thia had the horns and teeth forged into a lance with latent acid damage, while Rolli, who regularly finds himself being targetted for his shenanigans, had the scales turned into a shield. The rest of the parts would be sold off for general gold. 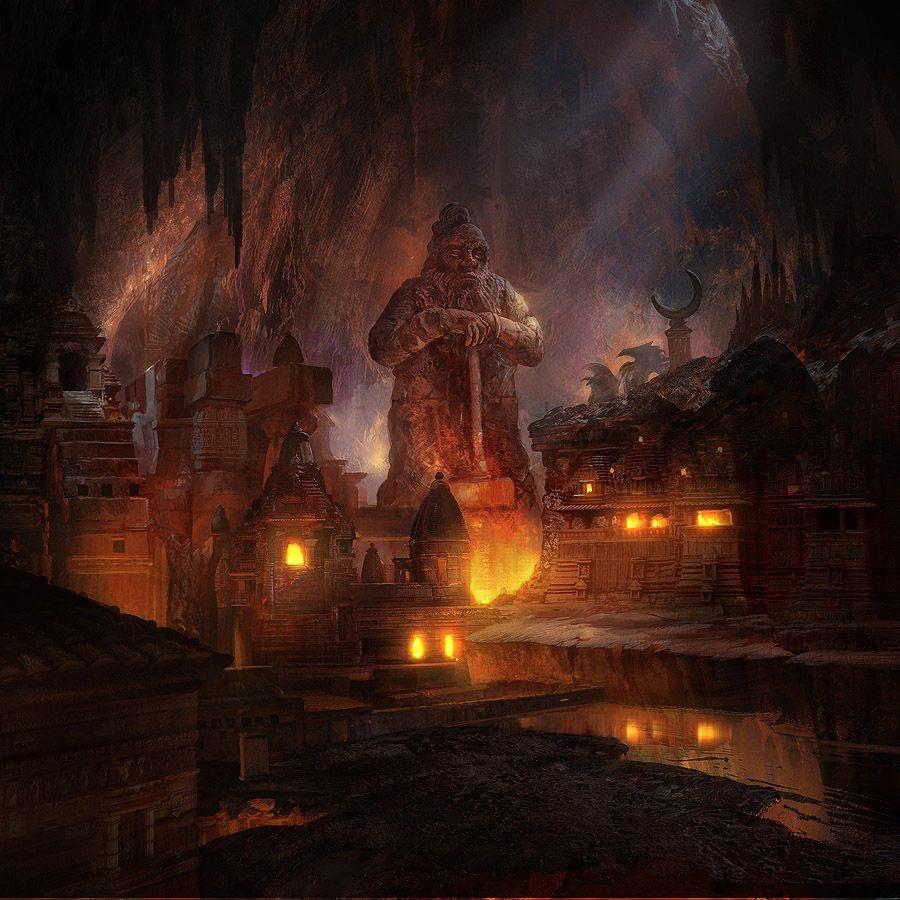 After a dwarven scientist returned from inspecting the now safe portal, he reports to the group that the portal can be stabilized to reach a now defunct outpost camp in the elemental chaos. Because the cult is messing with matters of a Great Old One, he theorizes that it would be possible to reach the Astral Sea after making a jump to the elemental chaos. But first, the portal is unstable and must be repaired with help of rare components that can be found in the Underdark.

After descending a long staircase that winded around a waterfall that falls for over an hour from the Black Baisin, the group entered the Underdark and started exploring the bioluminiscent fungi forests. They encountered a myconid, who needed their help to repel a raiding group of troglodytes. After asking where the other fuckinoids evacuated to (funginoids), the group entered the myconid village to find a lone troglodyte. Thia, being the dumb kind of paladin, charged in to destroy it, only to be ambushed by 5 more troglodytes from the nearby huts. Even as a tank, Thia was quickly overwhelmed by the sheer volume and got knocked into the dirt. Xero managed to roll a 20 on a sneak attack, but he's a terrible rogue and almost forgot to roll extra damage on top of his sneak attack die. For once, Rolli managed to tank everything thrown at him thanks to his new dragon scale shield. The ranger managed to shove a potion of healing down Thia's throat in order to save her the trouble of death saves before wiping out the rest of the troglodytes.

And that's where the group ended their session. They are moments away from retrieving a pile of glowing algea infused with mana to help with arcane business in stabilizing the portal.